While we at TGR do love winter, most of us do enjoy ripping around on two wheels once the snow melts. These days, mountain biking is as much a part of mountain culture as hot tubbing and flannel shirts. With that, here are our favorite stories from the mountain bike world from the past year: It’s everything from mind-bending tricks, through trip reports, all the way to TGR’s athletes dropping into Corbet’s on mountain bikes. 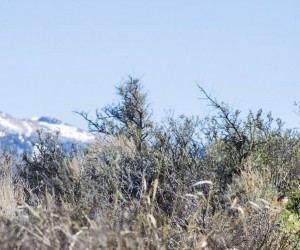 The speed is getting faster now as I head down Park City’s Spiro trail. The red snake of the trail whips in wild arcs ahead, requiring exacting concentration despite the fact that water is now streaming out the side of my eye sockets. I dip my bars into a sharp corner, trying to hang on to this giddy pace, and hear the machine gun-paced “Whap! Whap! Whap!” as leaves on the inside of the corner slap my hands. It’s an exposure to pure cheek-flapping trail speed that's only registered a handful of times in my years on a bike. OP-ED: What’s With All the Direct to Consumer Bikes these Days?

Well, I’ll be frank. Mountain biking is pretty a damn expensive way to have fun on two wheels. Prices of high-end carbon dream machines have reached into the five-figure range, and the average entry-level full-suspension mountain bike still costs thousands. Simply put, it's prohibitive, but does the bike industry even care? 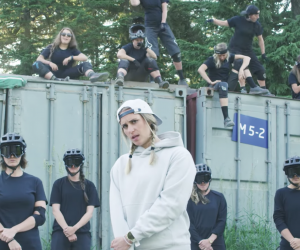 This might be one of my favorite videos that I have seen in the past year. This all female bike crew from Whistler perfectly parodies Kendrick Lamar's "HUMBLE". The flow and concepts are flawless, from calling out the bros on the trail to the shitty pink outerwear companies insist on making. The video is almost a shot for shot recreation of Kendrick's original. I have to admit, I'm bumping this track all afternoon. 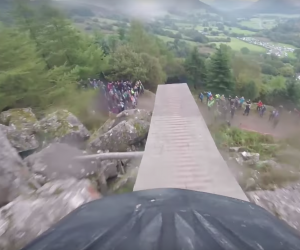 Every year, a select few mountain bike competitions stand out among the crowd thanks to their sheer amounts of gnar involved. Built in downhill racing legend Dan Atherton’s backyard, Red Bull Hardline is certainly one of them,. It combines elements of freeride and freestyle with the speeds found of World Cup downhill tracks to create perhaps the craziest downhill racetrack ever made. Check out the POV from this year’s winner, Craig Evans. You know it’s gnarly when even the guy going the fastest nearly comes up short on all the jumps. 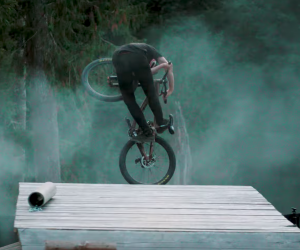 We already saw that the 2017 Backwoods Jam absolutely went off this year, bringing together the world’s best freeride and slopestyle mountain bikers in Logan Peat’s backyard. Luckily, filmmaker Calvin Huth, who has documented similar events like Crankworx in the past, was present with a camera in hand. With its beautiful cinematography and mind-blowing riding, this could be one of the best freestyle mountain bike videos of the year. 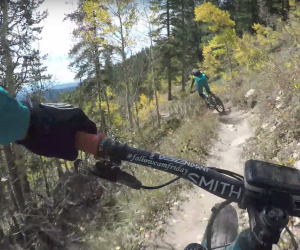 Mountain biker Nate Hills was taking advantage of the epic fall riding conditions near Crested Butte, CO when he happened to film his riding buddy and fellow Yeti racer Tom Sampson go down hard. Halfway down the epic Doctor’s Park trail, in a super-flowy section commonly ridden at speeds over 30 mph, Sampson hit a freshly downed tree and went straight over the bars. Luckily, he walked away with just a broken wrist and elbow from a crash that could have been much, much worse. 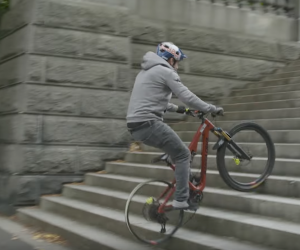 What can we say about Danny MacAskill's riding that hasn't already been immortalized in the comment section of any one of his videos? The Scottish sensation was at it again, testing a new carbon wheel-set from Santa Cruz. In a glorious move of integrated marketing, Danny does his best to destroy the rims, showcasing his ability in the process. The wheels hold up pretty well and the riding is spectacular as ever. 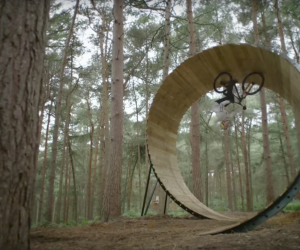 STOP WHAT YOU ARE DOING AND WATCH THIS MTB VIDEO IMMEDIATELY

Ever heard of slopestyle mountain biker Matt Jones? Well, now you have. Jones, a young English rider is well on his way to give big names like Semenuk and Genon a run for their money. His new short film, Frames of Mind, looks into his mind as he visualizes and then executes next-level tricks, most of these don't even have names. See for yourself, this is creativity at its finest. 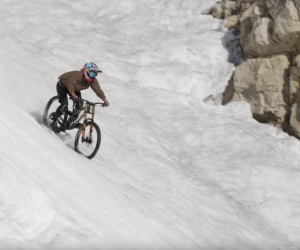 Anyone who has ever skied or snowboarded Jackson Hole knows just how nerve-racking it can be to send it into the infamous Corbet's Couloir, even in the best of conditions. Doing it in icy conditions on mountain bikes is nothing short of insane, and that's exactly what Cam McCaul and Casey Brown did in TGR's latest film, Rogue Elements. 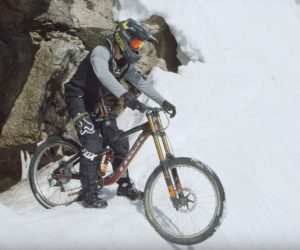 BEHIND THE SCENES: DROPPING INTO CORBET’S ON MOUNTAIN BIKES

So you've seen that mountain bikers Cam McCaul and Casey Brown dropped into Jackson Hole’s Corbet’s Couloir, but what went into pulling off such an unthinkable stunt? In a nutshell, a ton of hard work by the crew that included rigging a gyro-stabilized camera to the JHMR tram, salting the slushy spring snow to make it rideable, and finally Cam and Casey surviving some insanely violent crashes out the bottom.