Ahh skiing. The foundation of TGR’s universe. We all know it, but sliding down a frozen mountain on two planks is the best feeling in the world. Okay, snowboarding is cool too, so same thing goes there. Anyway, here are our 10 favorite skiing-related stories from the past year. 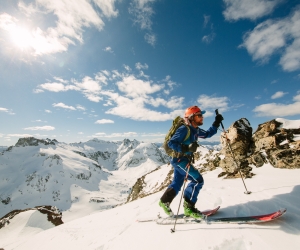 EXCLUSIVE: HOW AARON RICE SKIED 2.5 MILLION FEET IN ONE YEAR

Two and a half years ago, Aaron Rice decided he was going to try and ski 2.5 million human-powered vertical feet in one calendar year. Despite many hard times and the insanity of the challenge in general (he needed to ski, on average, 6,850 vertical feet a day and he had only skied 800,000 feet in a year previously), Aaron succeeded and now holds the record. “2.5” is a short film created by Tyler Wilkinson-Ray that follows Aaron from Utah, to Colorado, to South America and beyond as he tries to ski as much as humanly possible. 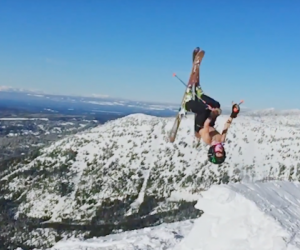 When you’re ten years old, skiing is the coolest thing in the world. Heck, it still is when you are decades older, but real life, injuries, and the fact that you are no longer made of rubber tend to get in the way. But when you’re young, none of that matters. To TGR grom Kai Jones, chasing that love of sliding down snow on two planks is number one. Growing up in the Tetons, Kai has had a backyard like none other, and uses it to chase that feeling to its absolute full extent.

FROM NURSING TO SKI INFLUENCER: HOW LUCY SACKBAUER BALANCES HER CAREER WITH LIFE AS A SKI BUM

Balancing a ski career with a full-time nursing career can be a tough thing to pull off, but Atomic’s Lucy Sackbauer has it all figured out. 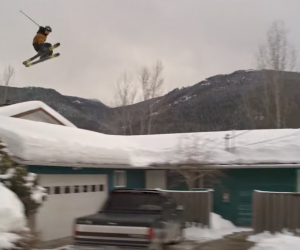 JP Auclair's street segment from the film All.I.Can might be the best video part of all time. Tom Wallisch and the Sherpas crew took another one of Auclair's ideas and created this new piece "Imagination". It might be one of the most fun, brilliant pieces of cinematography and skiing in recent memory. 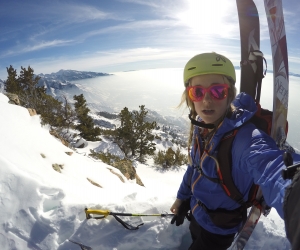 This April, Caroline Gleich became the fourth person and first woman ever to complete all 90 ski descents in the iconic Utah guidebook The Chuting Gallery. Andrew Mclean’s guidebook, first released in the late 90’s, is a list of the gnarliest ski mountaineering objectives in Utah’s Wasatch Range, and has gained notoriety among the backcountry skiing crowd as a definitive resource for the area. 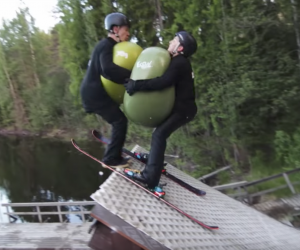 The Real Skifi crew is back again with their unique brand of new age ski wizardry. With each edit these guys make, you question the limits of skiing and what actually falls into the loose definition of the sport itself. To these Finnish freestyle fanatics, it's really anything you can do in ski boots with skis under your feet. So let your imagination take hold on this whole concept of "skiing" and watch as the boys take to the streets, woods, and lakes of Finland. 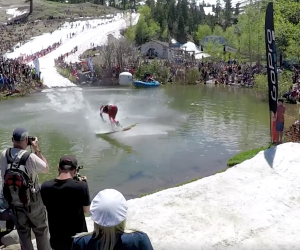 Cody Townsend might be one of the most entertaining personalities in skiing. From his antics on the slopes to his personality off, it's always an entertaining time. During the Squaw Valley Cushing Crossing, Cody completes a nose butter three, something that is hard enough to do on snow let alone water. 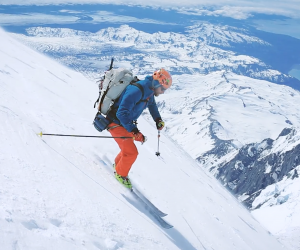 Ever wonder where the longest ski line in the world is? You might be surprised to find out it's actually in North America. The border between Alaska and the Yukon is defined by several massive glaciated peaks, including Mt. St. Elias, home to an 18,000-foot ski descent from the summit all the way to the Pacific Ocean. 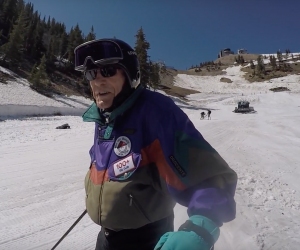 SNOWBIRD RE-OPENS SO 100-YEAR-OLD CAN CELEBRATE HIS BIRTHDAY 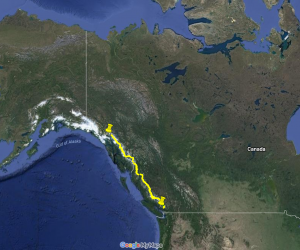 Last week, Tania and Martina Halik completed a 1429 mile ski traverse through British Columbia's Coast Range. The mother-daughter duo took six months to do the route, which goes from Squamish, BC, to Skagway, Alaska, and includes the largest temperate-latitude icecaps in the world, massive river valleys, and even bigger mountains. And according to their website, the traverse has only been completed one other time.