24 HOURS THAT CHANGED MY LIFE 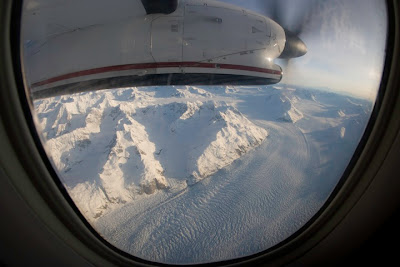 I just might have had the best 24 hours in my life snowboarding at Tailgate Alaska. By Andrew Mutty, Flow Snowboards.

12am- Flew into AK in the middle of the night with my face glued to the window trying to see the terrain. With the little help from moon light I saw a familiar glow of snow atop the ranges that boarder the Anchorage area.

1am- One way to kick start an epic trip is to catch up on sleep for 5 hours on a bench in the airport.

6am- Awoke to the sunrise across the tarmac and waited to board my flight to Valdez. First to board a flight guaranteeing a window seat.

7:30am- Over a cup of coffee and a cranberry juice I became an instant tourist with 2 cameras and two video cameras on my seat alternating turns. Flying over the ranges into Valdez was a unforgettable flight.

8:10am- Landing in Valdez was much like being dropped off at the bottom of the stairway to heaven... You can see it, but you have to climb the stairs to get there.... And so I did. Good thing the airlines lost my luggage rather than my board bag because I would need my snowboard more than my toothbrush.

9am- Hotel check in and gear up 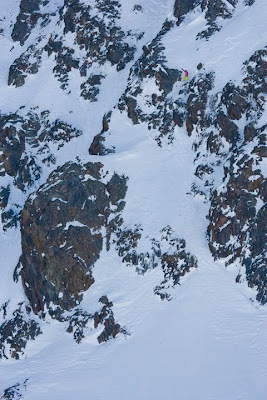 Mikey Basich dry docks it above a mandatory double. 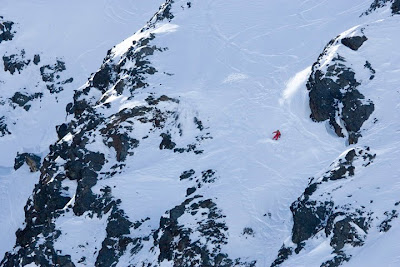 The Farm shreds on his 45th birthday.

1pm- Standing at the bottom of bro bowl, watching the legends, and the current freeride killers of the sport drop lines I had only seen in the mags and on tv. For the first time in my life I was in awe... Awe for the fact I was amount the best of the best and the most legendary kings of the hill. Met Nick Perata, watched Shaun Farmer drop bro bowl on his birthday, and got to see Mike Basich drop a double cliff more gnarly than anything else I had seen,... all within 30 minutes of being at the event. 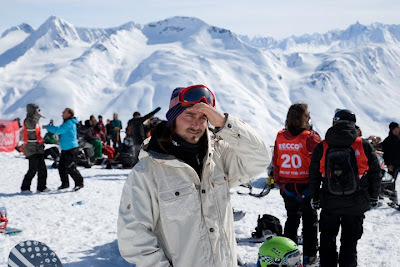 2pm- After being a spectator it was finally time to be a participant and go get some for my own. When I had my chance I took it... Lago rolled up on a sled and I asked him for a ride to the top. When I made it to the top I almost shit myself. I wiped out my iPhone to get a couple shots and when I later looked at it I was clearly shaking. Shaking with excitement and nervousness that I had never felt before. Dropping in was a dream come true. A short blast of maybe 1000 vertical, I had a few turns that I will never forget.

3pm- Made my decent back to base camp we stopped aside the first judge of the freeride halfpipe and watched half the crew roll through. Jokes of chunder and mash potatoes heckled each rider. One could notice the obvious signs of wear and tear each rider had as the day grew longer their legs began to give out.

4pm- Final decent back to base camp.

5pm- Special invite for a Heli trip. I couldn’t believe it, but also knew this was one of those rare moments where you cant hesitate and cant refuse. Heli brief and beacon test before we gathered to fly. 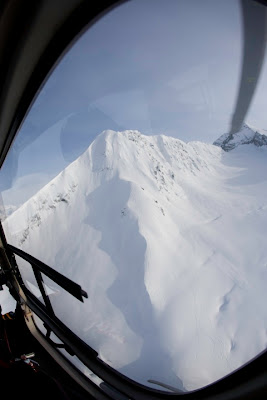 6pm- Lift off with the crew, heading for RFS 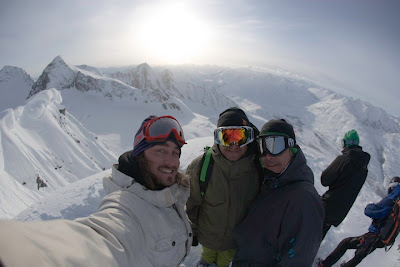 6:15pm- Literally on top of the world. Nothing else mattered... Nothing. This was most likely the most peaceful place on earth. 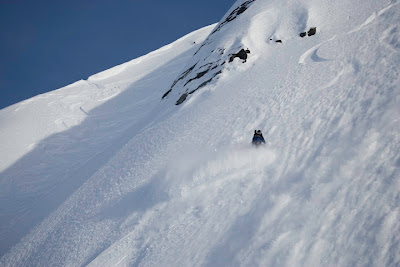 Our guide Badger gets some on RFS

6:25pm- Drop in. One of the most humbling experiences in my life was about 2 turns into the run when I realized this was seriously the steepest snowboarding I have done. Badger our guide gives this slope a 49 degree pitch, but from my perspective it felt more like 60. The heart was racing...and adrenaline levels were peaking... And every second was like a flash before your eyes, pretty much an epic dream come true. 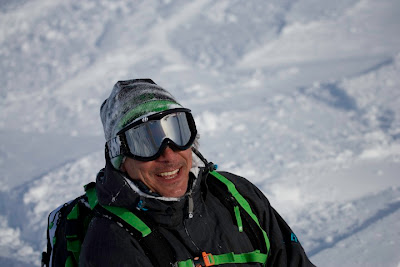 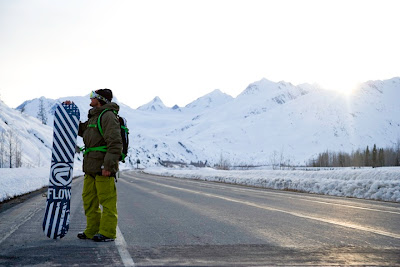 7pm- Waiting for a van ride back to base camp. Flows Mark Liscak 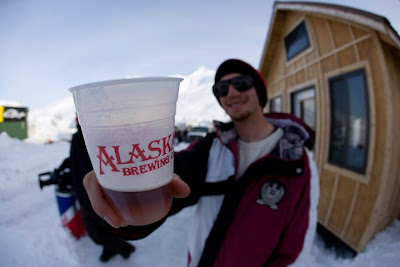 7:30pm- Decompression. Hanging out at Tailgate camp, slapping high fives and talking about the day was a relaxing time in a hectic crazy day. Cheers Scotty Lago

8pm- Shuttle back to the hotel.

9pm-12am- Pipeline. Playing pool with the Jackson hole squad and watching the locals cut a rug.

24 hours in Alaska. Maybe I got lucky with the weather, maybe I had earned it, maybe it was just meant to be.... Tailgate AK 2011. Where do I sign up?

FOR MORE ON FLOW GO TO: http://www.flow.com/