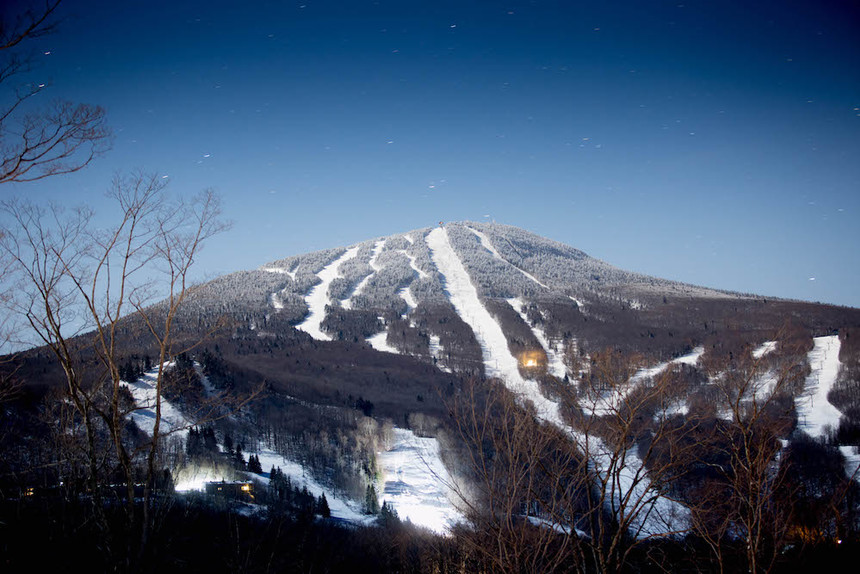 According to Mountain Times, a 65-year-old local skier at Vermont's Killington Resort is attempting to set the official world record for the most vertical feet clocked in one ski season by ticking off an astonishing 6.4 million feet of vertical before the season ends at the end of the month.

Scott Howard of nearby Bridgeton, Vermont, told the Mountain Times that he has been skiing seven days a week and logging eight-to-nine-hour days on the hill all season while keeping track of his vertical feet in the Trace app on his iPhone. He currently sits at just over 6 million of vertical on the season.

Per the Mountain Times, Howard has developed quite the routine to log all that vert: Howard gets to the mountain every morning around a half-hour before it opens, boots up in the parking lot and packs all the food and liquids he needs for an entire day in his backpack, and his lone stop every day is for 15-20 minute hot chocolate break. In addition, Howard has also occasionally bribed lifties at the bottom and tops of chairlifts with sandwiches to keep lifts running an extra 10 minutes or so to clock some extra vertical.

“Do you know how much [buying a sandwich] changes them?" Howard told the Mountain Times. "If you’re going to do maximum runs in one day, you have to have the lifties on your side.”

The end result of it all? Howard has multiple days where he has logged 60 runs from bell-to-bell, and currently is hoping that the Guinness Book of World Records will make his record official.

According InTheSnow, the current Guinness World Record for most vertical skied in one season belongs to Canadian Pierre Marc Jette, who skied 6,025,751 feet in Whistler, British Columbia, during the 2014-2015 season. Howard has already broken 6 million vertical feet and plans to end the season (Killington's season closes on May 31) with 6.4 million vertical feet.

And, as if all that skiing wasn't enough, now that the weather has warmed up, Howard is reportedly mixing 18 holes of golf into his daily schedule.