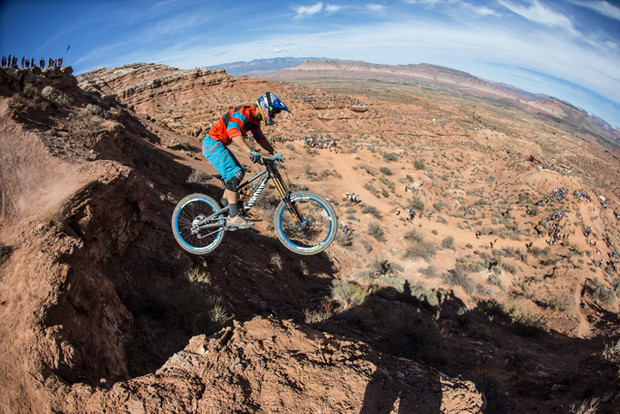 Virgin, UT – October 15, 2015 – For the third year in a row, TGR unReal rider Graham Agassiz topped the podium at the qualifiers for the 10th Edition of Red Bull Rampage. 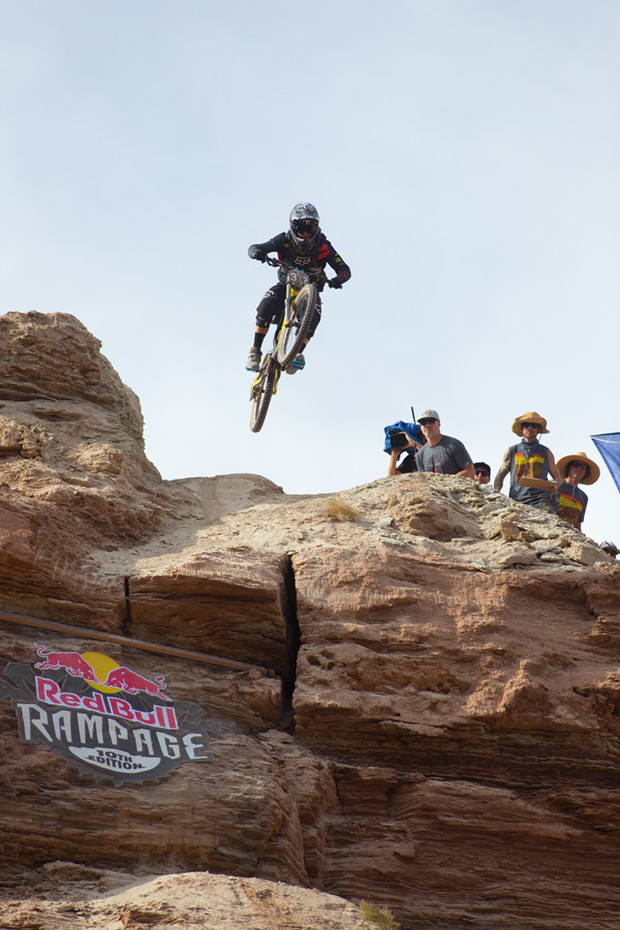 After six days of digging that saw many battles for line choices, Aggy took the top spot with a technical, gut dropping line. Antoine Bizet and Tyler McCaul, back for the 10th Edition after missing last year’s com­petition due to injury, took the second and third spots of the day. 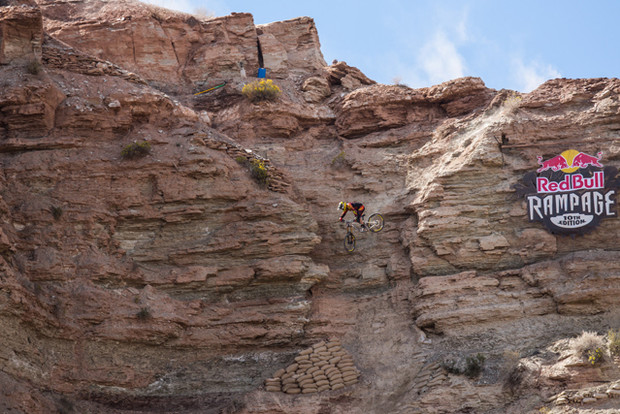 The final, which has been moved from Saturday to Friday, October 16, will be live on Red Bull TV starting at 10:30a MT, and will feature 24 of the top freeride mountain biking athletes for a two-run comp. 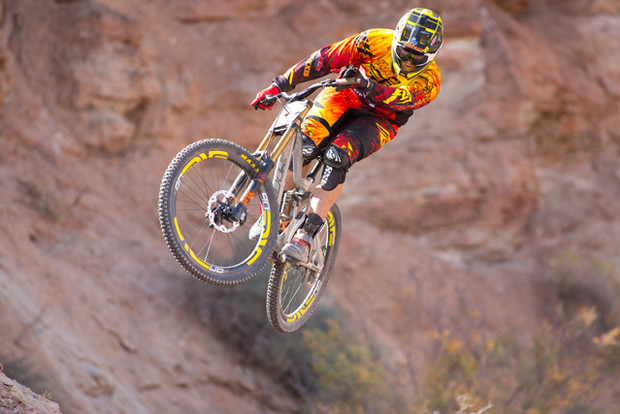 Logan Binggeli's kit is en fuego - and he didn't do so bad either, finishing 4th on the day. John Gibson/Red Bull photo

RELATED: The Ashes to Agassiz trailer

Agassiz swept the day by earning an 89.25 on his first run, sending the two huge, technical drops in his line cleanly and running top-to-bottom with confidence and speed. 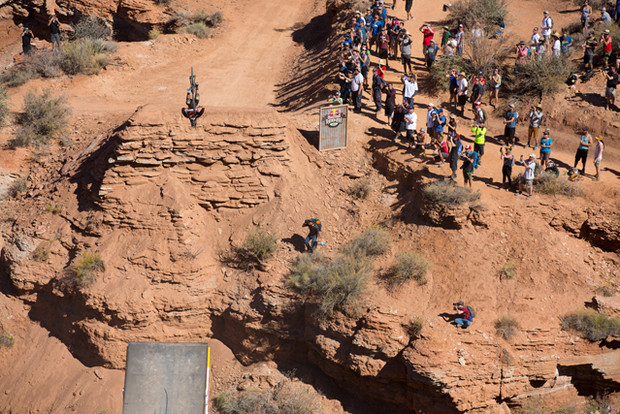 Sharing a line area with fellow athlete Andreu Lacondeguy, they built up a hip section from last year even bigger for more air and style after a tricky top section. After a massive 70 foot plus drop, he eased through the bottom rhythm portion of the course and did not need to take a run in the second heat. 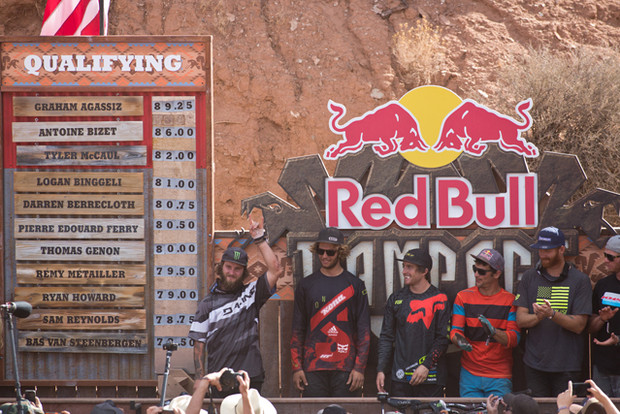 Agassiz at the front of the line. John Gibson/Red Bull photo

Aggy will definitely give the other 23 athletes a run for their money, as the final includes some of the biggest names and competitors in freeride mountain biking. “Tomorrow I’m just gonna have fun and do what I’m out here to do,” said Agassiz. “I feel good about the finals, it was definitely a huge weight lifted off my shoulders. I’m just stoked that everything came together and I made it to Friday.”