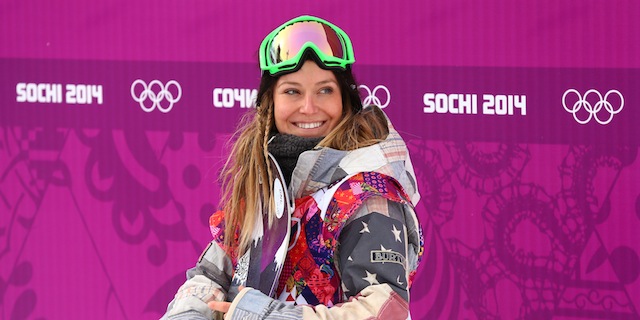 American Jamie Anderson just snagged the gold in women’s slopestyle—putting to rest many of the initial concerns about the consequences of the event’s inclusion in the Olympics.

Many people have feared that the Olympics would reward riders who—not unlike aerial skiers or platform divers—execute routines with surgical precision. In such a world, contest riding would be driven by spins over style.

Yet through their gold medals, Sage Kotsensburg and Jamie Anderson have quietly worked to guide snowboarding in a different direction. And although the Olympic judging has no shortage of critics, the judges at least sent a clear message: style is as important as ever.

While Switzerland’s Sina Candrian landed the first 1080 by a woman in a contest, Anderson’s clean run took top honors. Headed into the Olympics, rumors circulated about female riders working on their double corks. Yet Anderson’s winning run was much more subdued, consisting of the following:

At the end of the day, Jamie Anderson was flanked on the podium by silver medalist Enni Rukajarvi of Finland and bronze medalist Jenny Jones of Great Britain. Torah Bright—the gold medalist in pipe at Vancouver—finished in seventh, ending her quest to earn gold in slopestyle, boardercross, and pipe.

Anderson, like many of her fellow competitors, took note of how the judges evaluated the men’s runs on the previous day. This guided her to a run crisp in its execution if not somewhat conservative in its effort to push progression. At the very least, the Sochi Olympics will help ensure that snowboarding finds inspiration in its roots rather than in figure skating, ballet, and gymnastics. So much for that triple axel everyone's been perfecting . . .