'Andy Irons: Kissed by God' Premieres to the World in Los Angeles 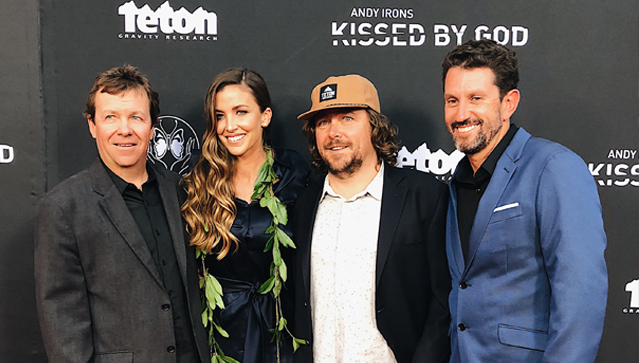 After almost four years of diligent work, Teton Gravity Research's new documentary Andy Irons: Kissed by God had its world premiere in Los Angeles Wednesday night at the Regency Theater Westwood Village. The night was a sterling success–the culmination of an emotional journey–attended by Andy's friends and family who made the entire project possible. From the bottoms of our hearts here at TGR, we want to thank everyone who helped us make the film.

The premiere drew a packed house as over 1,400 people showed up to celebrate the life of the late world champion. With those closest to Andy and those inspired by Andy attending en masse to support the film, the red carpet was a who's who of the surf and entertainment industries–attracting everyone from Mick Fanning and Sunny Garcia to Liam Hemsworth and Spike Jonze and Perry Farrell. 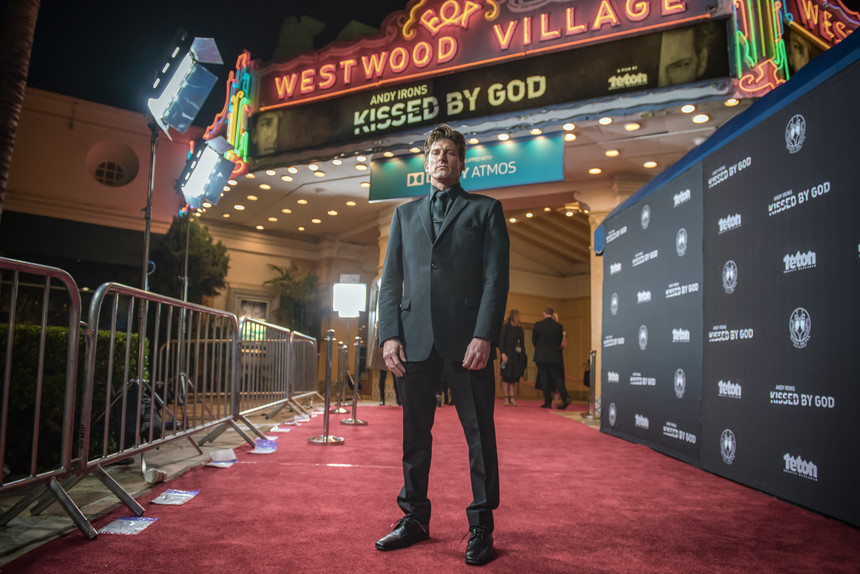 Bruce Irons on the red carpet ahead of the "Andy Irons: Kissed by God" premiere. Teton Gravity Research photo.

"Andy was the best," Cory Lopez, one of Andy's closest friends on tour, said at the event. "He was one of my best friends. We traveled the world on tour together for 12 years, and Andy was just a fun guy. He made everyone feel special." 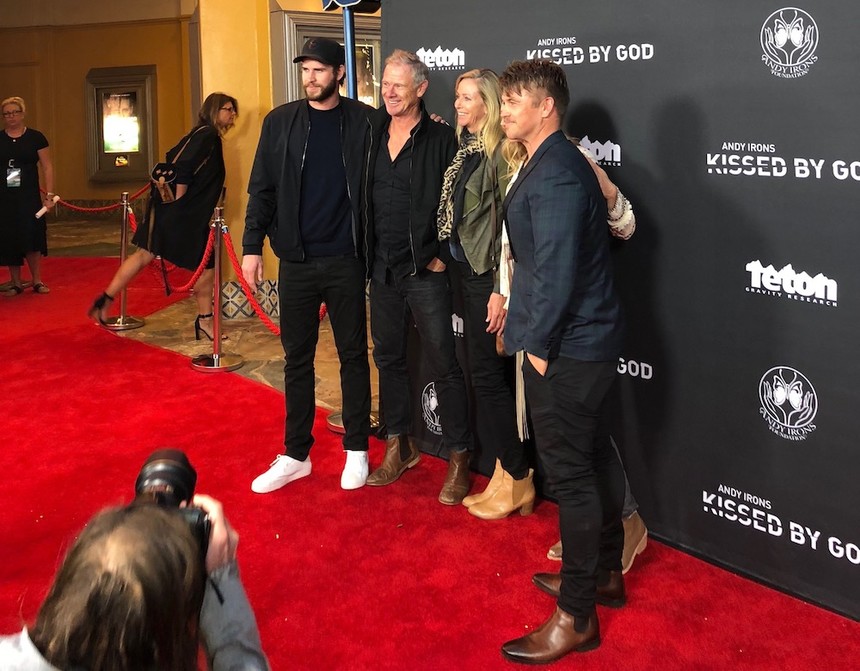 "This is a movie that TGR has been putting together for almost four years, and I came about a year ago," said executive producer Eric Christian Olsen from the red carpet.

"I've probably watched 35 cuts of it and never made it through the movie without crying. I think the film is a tribute to the fact that the most complex stories have the most complex humans, and Andy's the definition of that," Olsen continued. "He was a surfer at another level but as far as a human being, dealing with the problems we all deal with magnified by being bipolar ... it is such a beautiful and tragic story of life and friendship and struggle, and coming out on the other side with his beautiful kid. It's such an important movie because I think that we as an audience sometimes have delusional ideas of what our hero's lives look like." 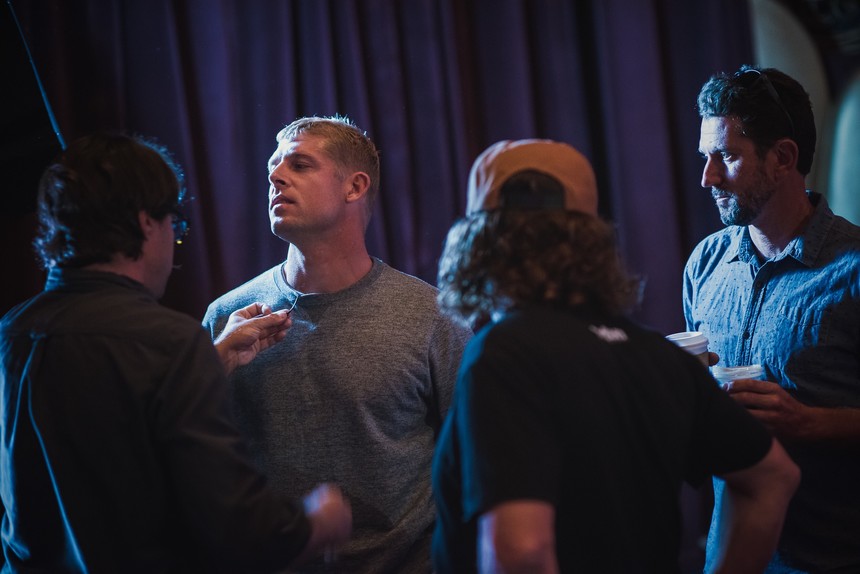 With the film's world premiere wrapped up, we now head off to Hawaii for the Honolulu premiere on Sunday before flying back to the mainland and heading off to Manhattan for the East Coast premiere next Thursday. 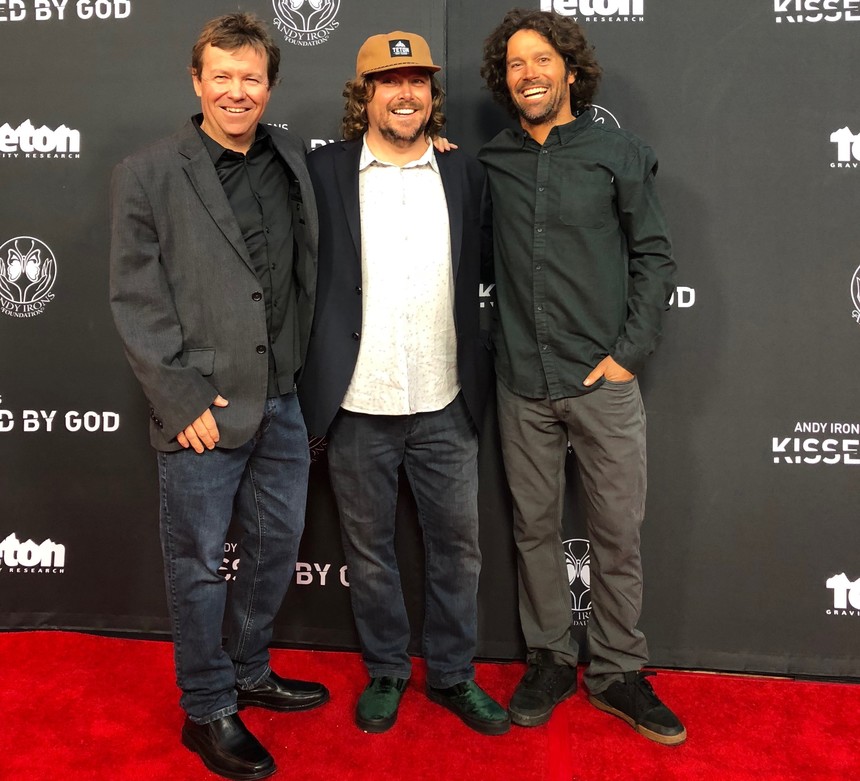 From Cape Cod to LA, the Jones brothers in all their glory. Teton Gravity Research photo.

Again, we want to thank everyone who supported Andy Irons: Kissed by God, and we hope to see you at one of the premiere events.