We are honored to announce that Andy Irons: Kissed By God was named the “Audience Favorite Award” by the annual REEL Recovery Film Festival. This honor was presented at the Experience, Strength, and Hope Awards last Thursday in Los Angeles.

The award ceremony, now in its 10th year, was established by Writers in Treatment, a nonprofit organization that seeks to help writers suffering from alcoholism, drug addiction, and other afflictions. Andy Irons: Kissed By God was recognized alongside TV star Jodie Sweetin, who had a tumultuous journey with addiction after her "Full House" stardom. Now eight years sober, Sweetin uses her personal journey to help others, most notably through her memoir unSweetined. 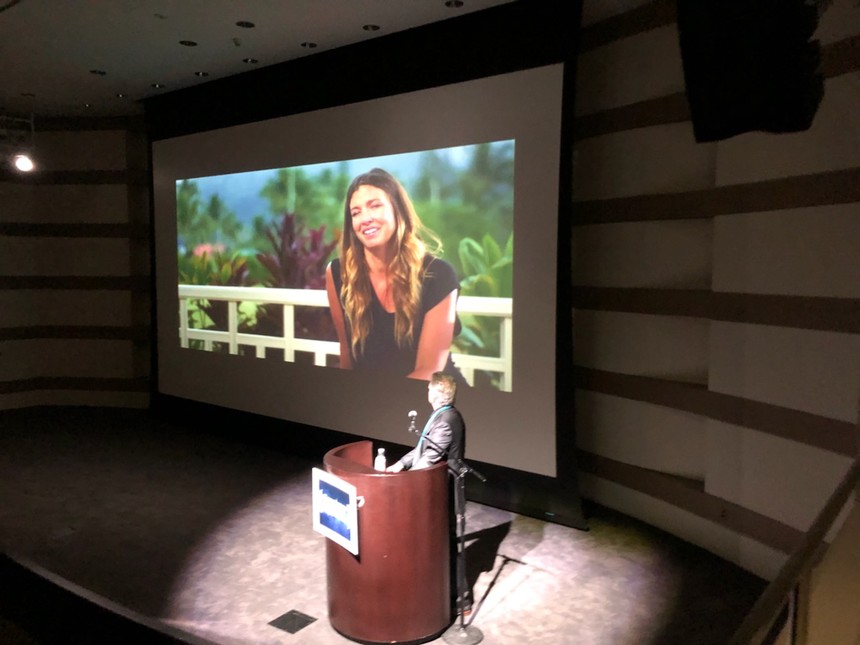 Andy Irons: Kissed By God being presented at the podium. Steve Jones Photo.

This recognition is not just a special honor for us and the Irons family, but it fulfills a longtime dream of Andy’s. "What intrigued us about this film was that we knew it was a human interest piece. To have it recognized at a film festival that has nothing to do with the action sports industry and get the most prestigious award of the night was really special," explains director Steve Jones who accepted the award.

Andy’s hope was that the story of his personal struggle with bipolar disorder and opioid addiction could be used as a vehicle to spark change and provide a beacon of hope to those who face similar distress. With immense help from the Irons family, TGR sought to tell the untold story of Andy’s life with that goal in mind.