It got bought to my attention last winter season about a route in australia's main range to tackle australia's three highest peaks in a day starting from Guthega and ending up in thredbo, Once i heard about it i had to do it but weather and that little thing called work got in the way. The stars aligned this season and a weather window and a day off appeared. I set off from guthega in the dark and it was evident quick that she was going to be an icy little endeavour, All twelve hours of it mind you. Mt Twynam was the first mountain to tick off and got up there in reasonable time so feeling pretty good about the time i was making i traversed over to watson's crags to check it out, In my opinion the crags is the most gnarly terrain in aus but i won't go there. From there i was just moving along the ridge past sentinel, Met a lovely dude named teddy who was taking photos for a project called roof of oz. He skinned with me for a bit and then we went our separate ways. Not long after this I lost my water bottle down into the grandstand which really broke my balls because my food options were variations of dry nuts and pumpkin crunch which doesn't do much to moisten the mouth. Anyways the show must go on, kept going passing mt northcote then traversing along the eastern side of muellers peak and up towards townesend number two to tick off. Now the last one Mt kosciousko which is australia's highest is more of a rolling slope than a mountain but with a parched mouth and legs feeling a little second hand proved to be a bit of a mission I hooked back onto the main range trail and hobbled up. A lovely gentleman up the top of kozzi was boiling down some water and gave me ago at his warm water bottle which was a real treat to wash down the dry nut sensation from my mouth. From kozzi you drop the face which is reasonably steep but I certainly wasn't banking any turns to be proud of, Then you walk up a little and can all but ride from there all the way down the mogul filled ice field of the super trail in the shaded afternoon light. The intent of the trip was not to ride big lines but to take photos of the potential out there and boy is there some potential, Bit of a goldmine out there. The guy that recommended the trip said the beer was amazing in thredbo when he finished ill be honest i couldn't bring my self to drink a beer but beer always tastes good so Ill give him the benefit of the doubt on this one. 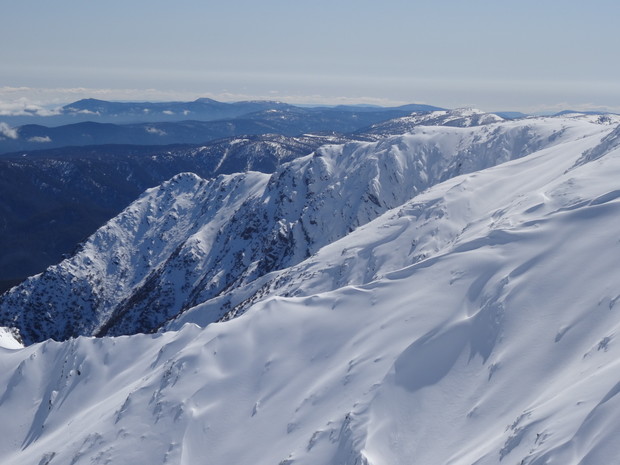 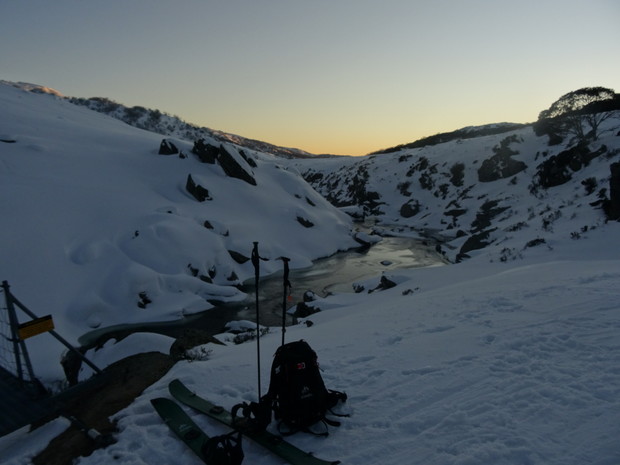 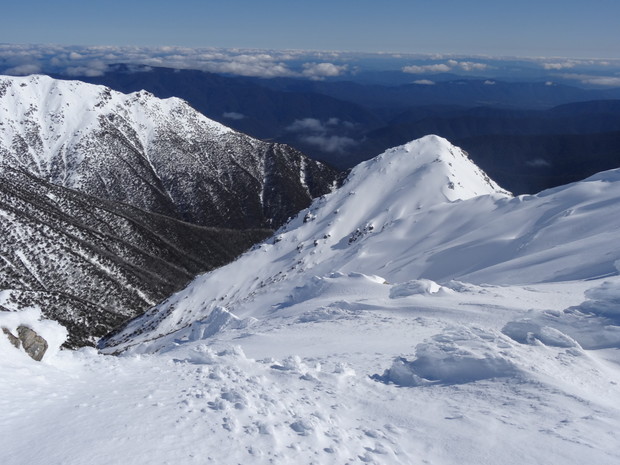 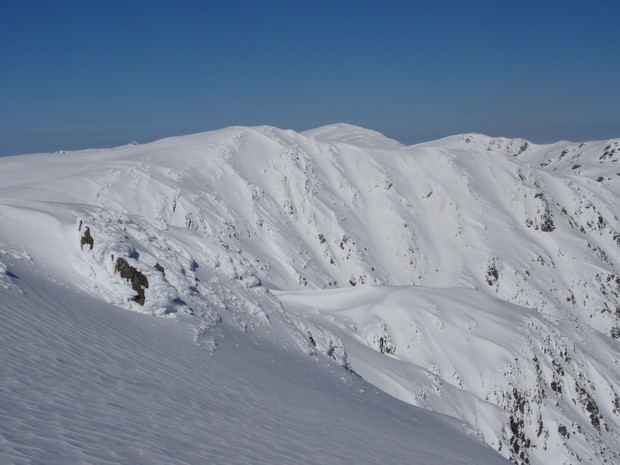