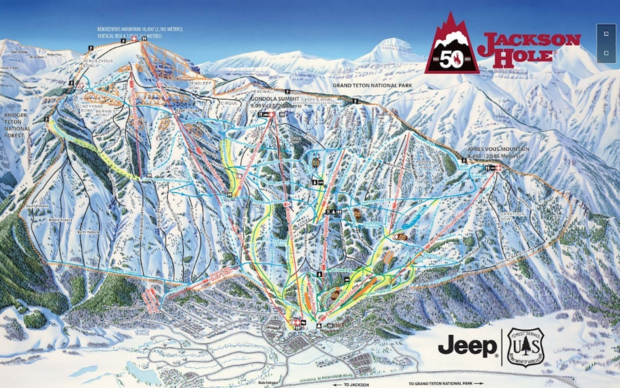 UPDATED 4:27 PM MST, TUESDAY 12/22: It is with great sadness that we learned of the passing of a skier today at Jackson Hole Mountain Resort. At 11:02 A.M. a party reported finding an unconscious female on the left of Sundance Run, underneath the Bridger Gondola. Ski patrol responded and administered life supporting efforts, transporting the women to St. John's Clinic in Teton Village.

Teton County Sheriff's Deputy Todd Stanyon has released the identity of the victim, she is 25-year old Kelsey Hewitt. Hewitt was a Jackson resident who recently moved to the area earlier this month from Portland, Oregon. She was working at Jackson Hole Sports. Kelsey was wearing a helmet at the time of the accident and it appears, died after skiing into a tree well.

This is the second death of the season at JHMR. On December 7th snowboarder Callagy Ross, 23, died after losing control on a cat-track.

We will update this story as we know more. Our condolences go out to the victims family and friends, and we wish everyone a safe holiday season.