Brolin Mawejje Tells His Story in "Far From Home" 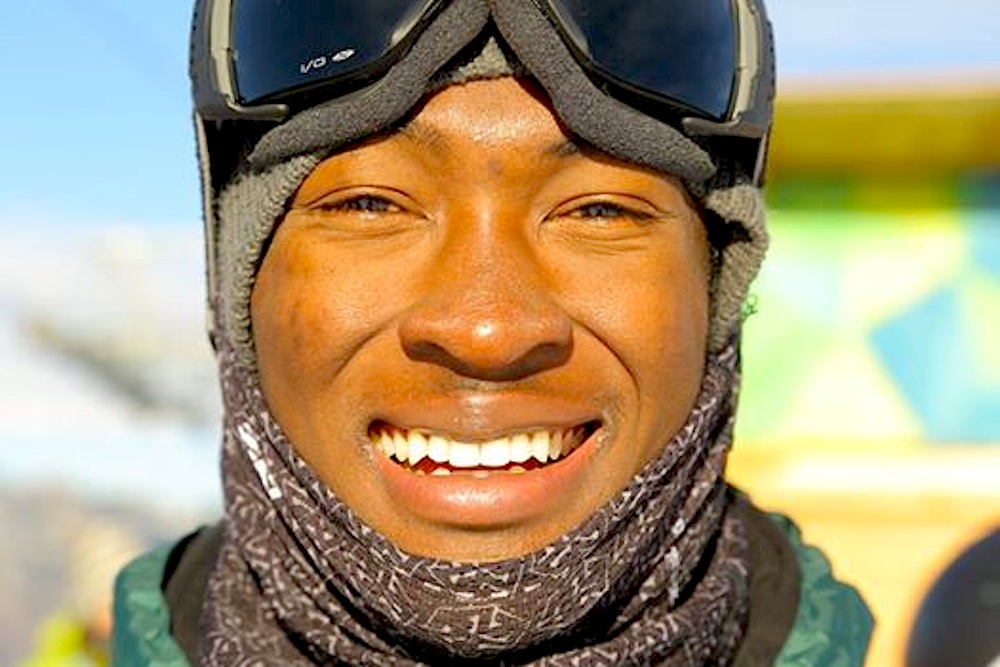 Chair 83 presents Far From Home at the ColdSmoke and Santa Barbara Film Fests this winter.

The movie premieres this February 16th at The Center for the Arts in Jackson, WY, with showings at the Santa Barbara and ColdSmoke Film Festivals. In the film, Brolim shares his story about coming to the United States, learning to snowboarding, studying to become a doctor, and pursuing the Olympic dream.

"My mom left Uganda when I was two years old. I was raised by my father for the first 12 years of my life. I had no idea what happened to my mom. It is very common in Uganda for women to leave.

It wasn’t until I was 11 that I found out my mom was living in a suburb of Boston, and she wanted to bring me over. My father saw this as an opportunity for me to pursue a better education. He allowed me and my two sisters to go to Boston. The only idea I had of America was what I saw on The Brady Bunch on TV in Uganda.

I arrived in the middle of January on a freezing night. I had no idea cold temperatures like that existed. I met my mom. It was like something out of a dream--no control, just along for the ride. I watched snow fall all day my first morning in America.

The first two years were extremely challenging for me. I had a lot of trouble speaking English. I couldn’t really make friends. My mom worked nights as a nurse aid, so I was alone for days at a time.

In 6th grade, I made my first friend, Phil Hessler. He just moved from inner city Boston. He didn’t fit in with the kids in Lincoln either. He was into skateboarding and snowboarding, and introduced me to both.

I started snowboarding at a little hill in Massachusetts called Nashoba. At first, I really sucked. But it didn’t matter, because it felt good just to let go and be in the moment. In those early years, snowboarding provided sanctuary for me; an escape from a world where I felt powerless.

At first, I really sucked. But it didn’t matter, because it felt good just to let go and be in the moment. In those early years, snowboarding provided sanctuary for me; an escape from a world where I felt powerless.

As the years went on and I had more opportunities to snowboard, it only grew on me. Snowboarding gave me confidence, belonging, and presence.

The Call To Study Medicine 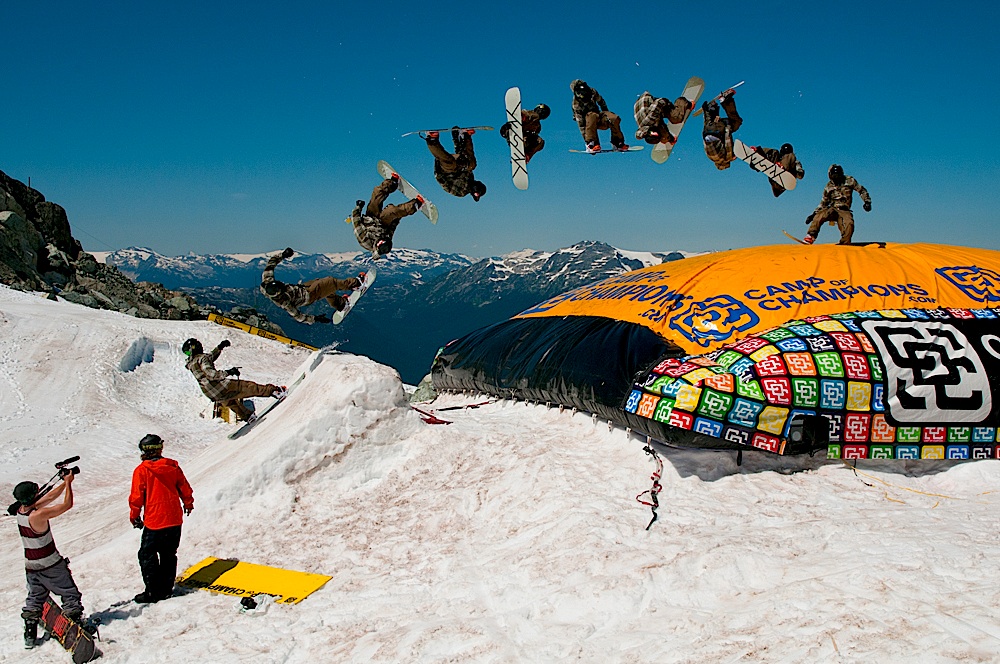 Brolin Mawejje throwing doubles during airbag training at Camp of Champions in Whistler.

I’ve always loved science. In Uganda, my father stressed the importance of education as soon as I entered school. Doctoingr is a very respected profession in Uganda, so I decided early on that I would become a doctor.

When I came to America, I stopped living with my mom after two years, when I was 13. I moved in with the Hessler family. We moved out to Jackson Hole. Before we even got to Jackson, Phil's father, Chris, was diagnosed with brain cancer.

The neurooncologist who saved Chris Hessler became my mentor at Massachusetts General Hospital, where I have been working for the past four summers. Seeing all the families battle through cancer has had an affect on my drive to become a doctor. 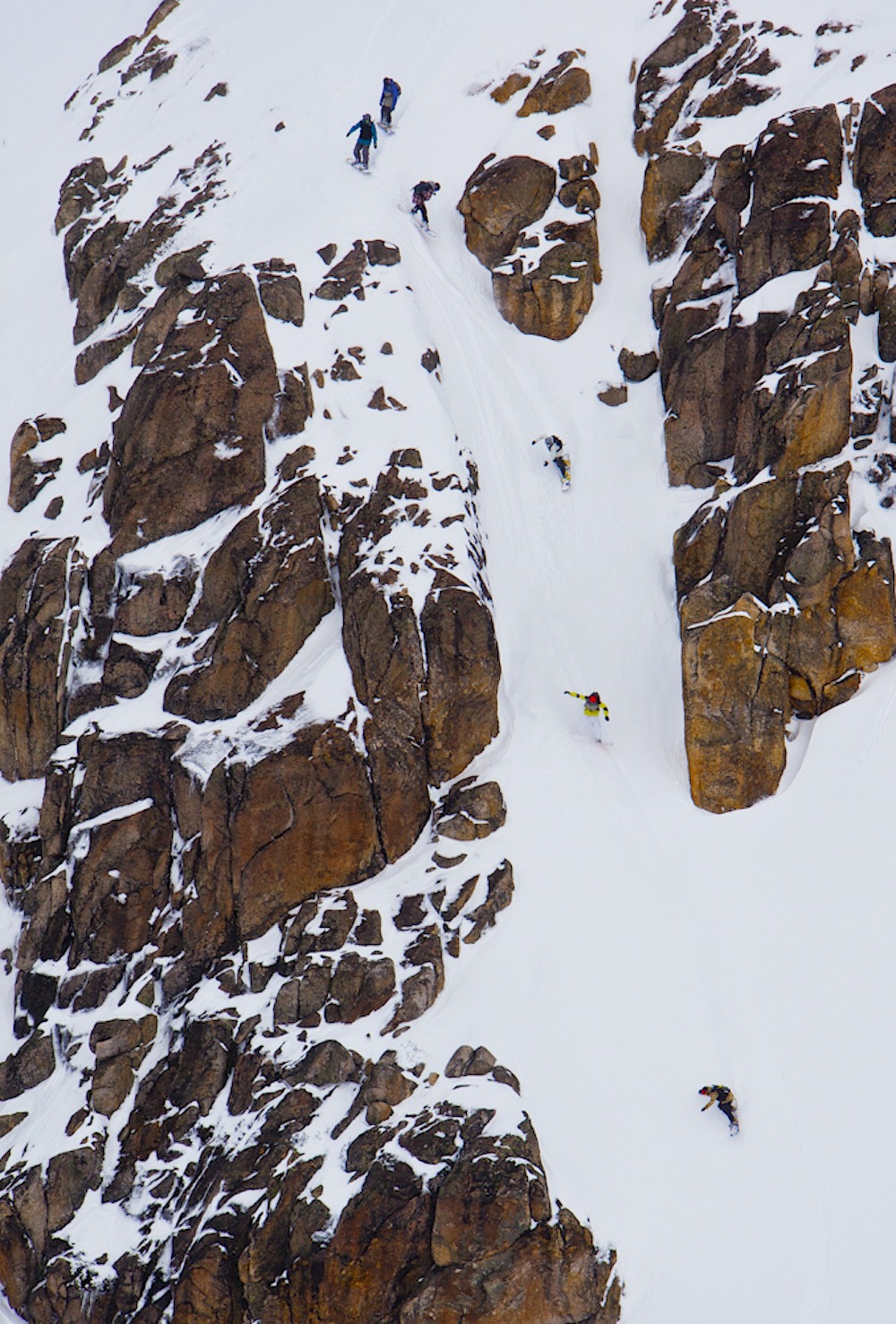 Brolin, Phil Hessler, and friends dropping into Bariloche, Argentina while at SASS Argentina.

I really didn’t ever think about the Olympics until Far From Home started. As the project progressed and this idea of me representing Uganda in the Olympics became more clear, I really started to see that path.

Ultimately, I want to do everything I can to improve the healthcare system in Uganda. This is a lifelong goal. I see the Olympics as giving me the platform to make significant contributions to my country.

Ultimately, I want to do everything I can to improve the healthcare system in Uganda. This is a lifelong goal. I see the Olympics as giving me the platform to make significant contributions to my country.

It is a long road ahead, but the film can really provide a launching point to make this dream a reality. The way I look at, I have an incredible opportunity to represent an African country in snowboarding.

It would be stupid to not pursue that dream with all my effort. The Olympics can provide a platform for me to make significant impact in my home country in the future. 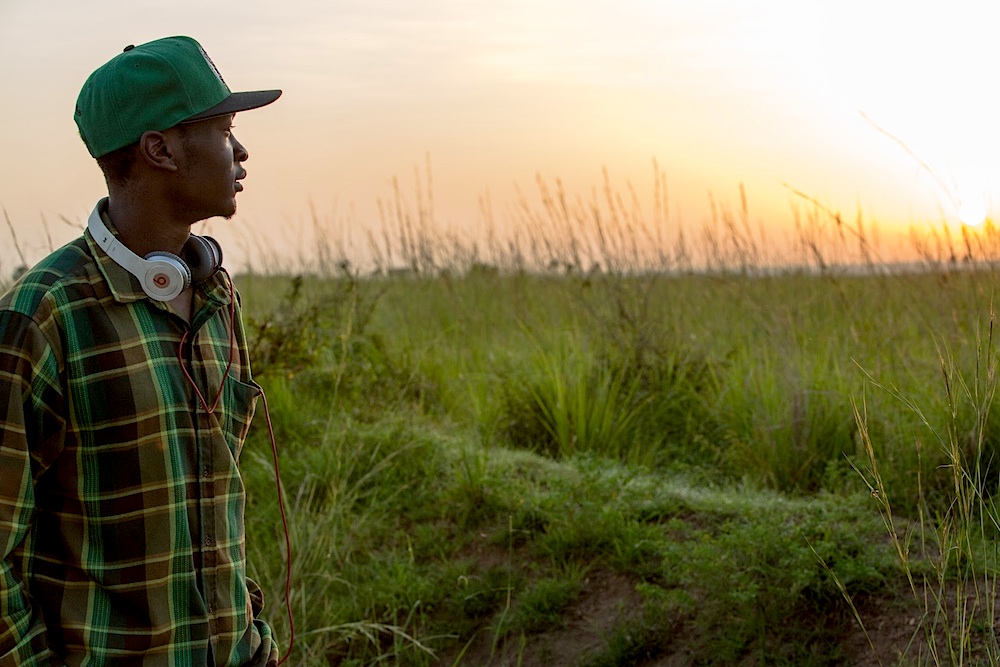 While filming Far From Home, Brolin returned to Uganda for the first time in 10 years.

Going back to Uganda served two purposes. First, it allowed me to reconnect with my father and family. It wasn’t easy going back, but now, I really see my father in a new light. What I went through as a child made me who I am. If it wasn’t for discipline, I wouldn’t be where I am today.

The second reason to go back to Uganda was to explore the willingness of the Ugandan government to allow me to snowboard in the 2018 Olympics under their flag. 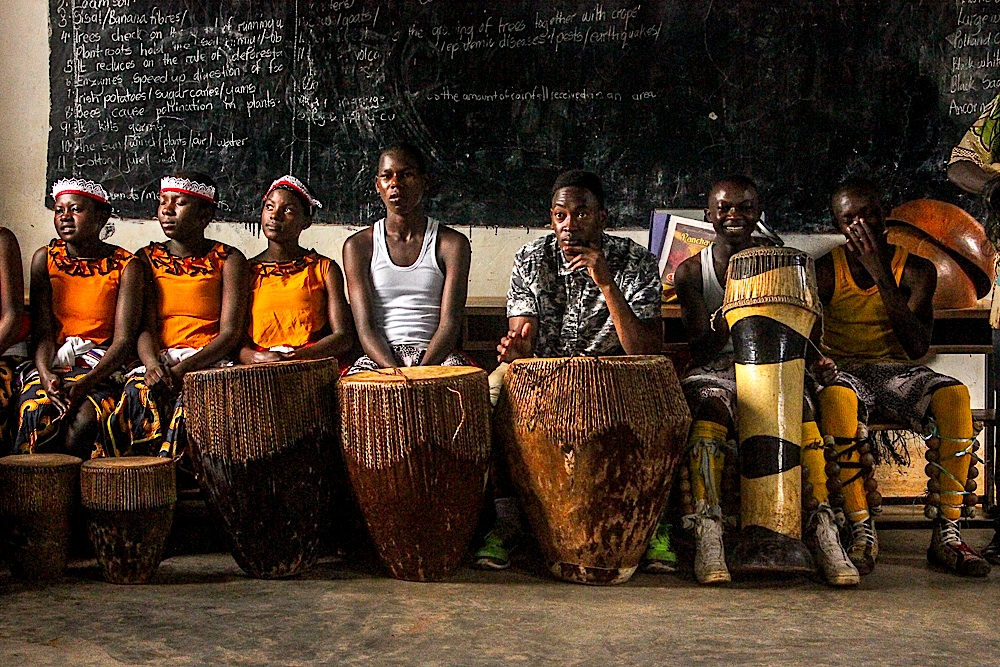 Brolin's return to Uganda allowed him reconnect with his family and meet with the Ugandan government about competing in the Winter Olympics.

The first time we went to Uganda, we had a very small crew and didn’t have the resources to get the meetings we wanted. That trip was focused more on my family. The second time we went back, we got connected with General of the Ugandan Army, and his public relations liaison set up every meeting we could imagine.

To my utter surprise, everyone we talked to was more than open to the idea. The press was all over it. It was really a complete 180 from the first trip. 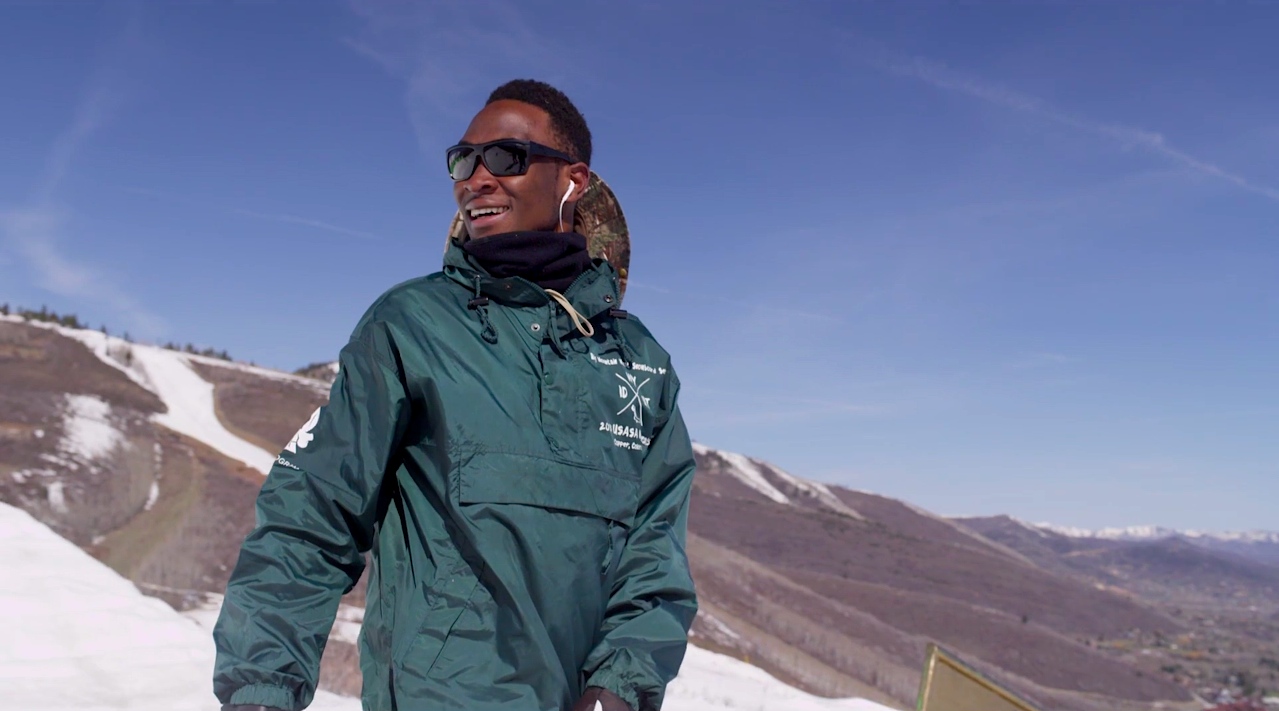 As the competitve season kicks off, Mawejje trains in Park City and Jackson Hole.

To excel my riding at a fast rate, I really need the backing of a major sponsor. I have some amazing companies supporting me right now like Lib Tech, Smith, and Adidas, who I wouldn’t change for anything. But to push my riding as hard as I can, I need to go to training camps and focus solely on snowboarding in the winter and summers. I honestly think I also need a personal coach. I’m hoping I can make a relationship like that happen with a major sponsor this winter.

The Olympic road is definitely going to be a long one. Since I started snowboarding at 14, I’m years behind all the other riders. To make it to the Olympics, I have to get top 30 in a World Cup event the winter leading up to the games. It's a huge goal, but I’m committed to making that happen.

Brolin continues to study medicine at Westminster college while training at Park City and Jackson Hole. Check out tour dates for Far From Home here.