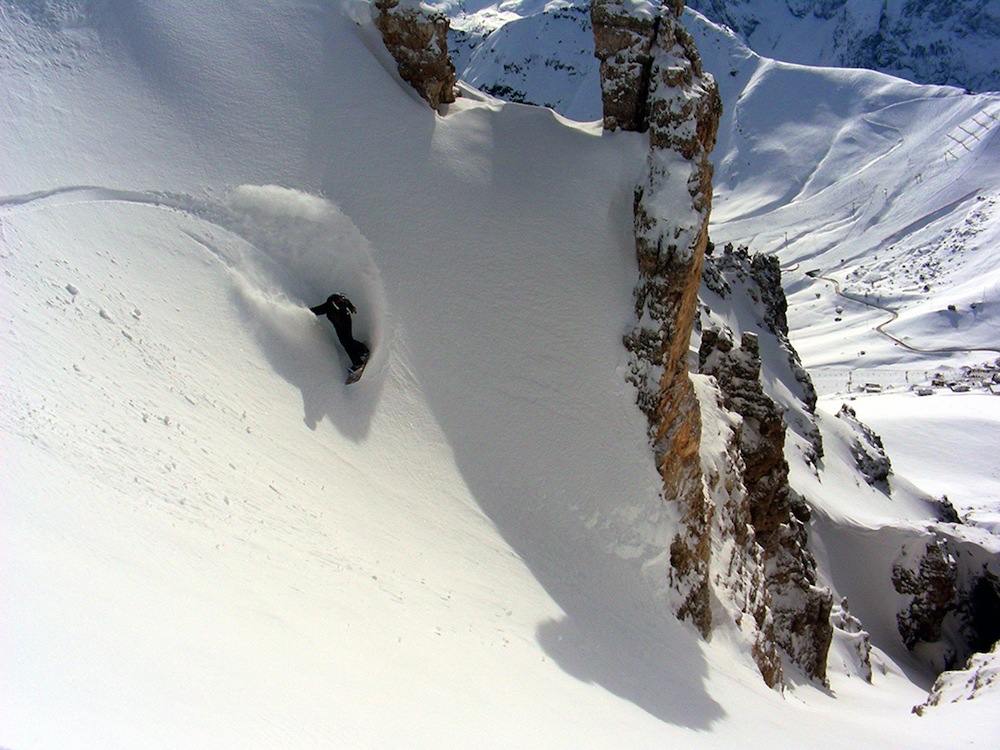 Whether you call them chutes or couloirs, the steep ribbons of snow giving you passage between two rock walls represent some of the most compelling features in skiing and snowboarding. Maybe what’s so attractive about them is the feeling of intimacy you get while making turns between towering cliffs. Maybe it’s the finality of skiing in a corridor where falling isn’t an option. Maybe it's because even in a shitty snow year, it's likely the couloirs that are holding the best conditions.

Chasing couloirs becomes an obsession for many backcountry skiers and snowboarders. Nearly every one of us has at least a loose, mental tick list of the chutes we’d like to hit. We hope our climbing, skiing, and snowpack assessment skills progress at the same rate the chutes fill in with snow. While we wait for the avy danger and snow condition to be prime, our motivation grows.

Two of the world's most knowledgeable couloir chasers weigh in on why they love these weaknesses in the mountains.

Ski mountaineer and writer Andrew McLean has contributed more to growing this obsession than almost any man on Earth. His book, The Chuting Gallery, details the sometimes exciting, sometimes terrifying chutes in Utah’s Wasatch range. Backcountry skiers and snowboarder in the greater Salt Lake City and Park City area generally revere McLean’s book as their Bible, and its author as their fun-loving ambassador of stoke.

“I like couloirs because they kind of force you to turn and adopt to the mountain versus when you ski a big open bowl,” McLean explains. “The beauty of couloirs lies in their clean, aesthetic lines. I like standing on top of them and seeing how they stretch out below.” 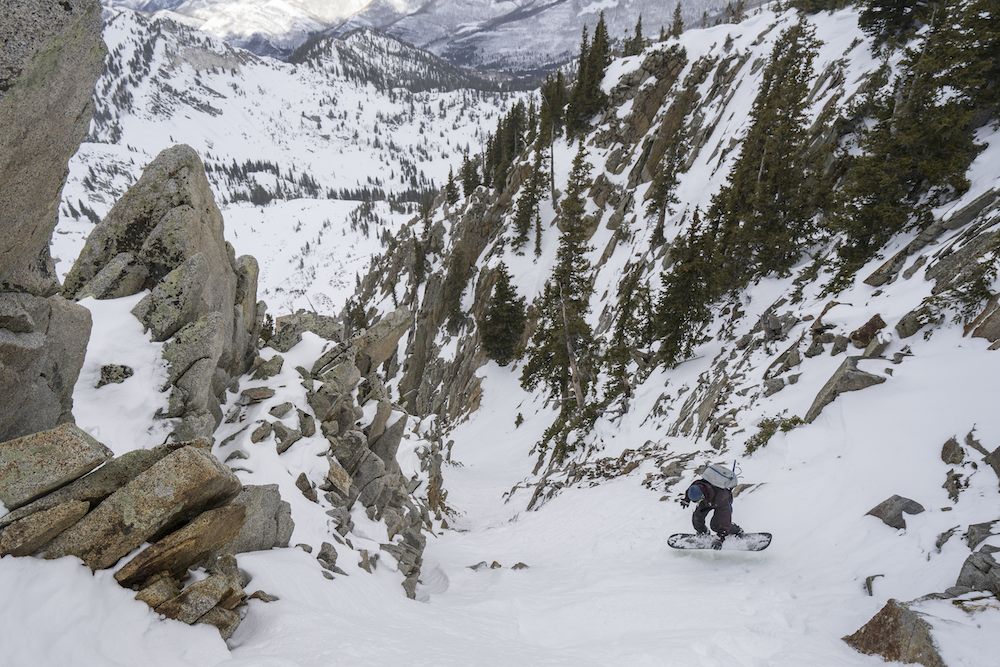 “Couloirs fill in quite a bit because they get wind loaded from the side. They are the first things to fill in, and last things to melt out,” McLean adds. For example, while the Wasatch is experiencing a below-normal snow year with above-average temperatures, certain high, north-facing chutes still held wind-loaded snow like Main Baldy Chutes in the Alta sidecountry and Wolverine Cirque in Little Cottonwood Canyon.

Couloirs fill in quite a bit because they get wind loaded from the side. They are the first things to fill in, and last things to melt out.

“The Wasatch couloirs are not skiable this year and haven’t been for the last couple of years,” says McLean. “But the definition of skiable is up for debate. People are still skiing the chutes that they can ski–and down climbing. A good suggestion would be to lower your standards.” 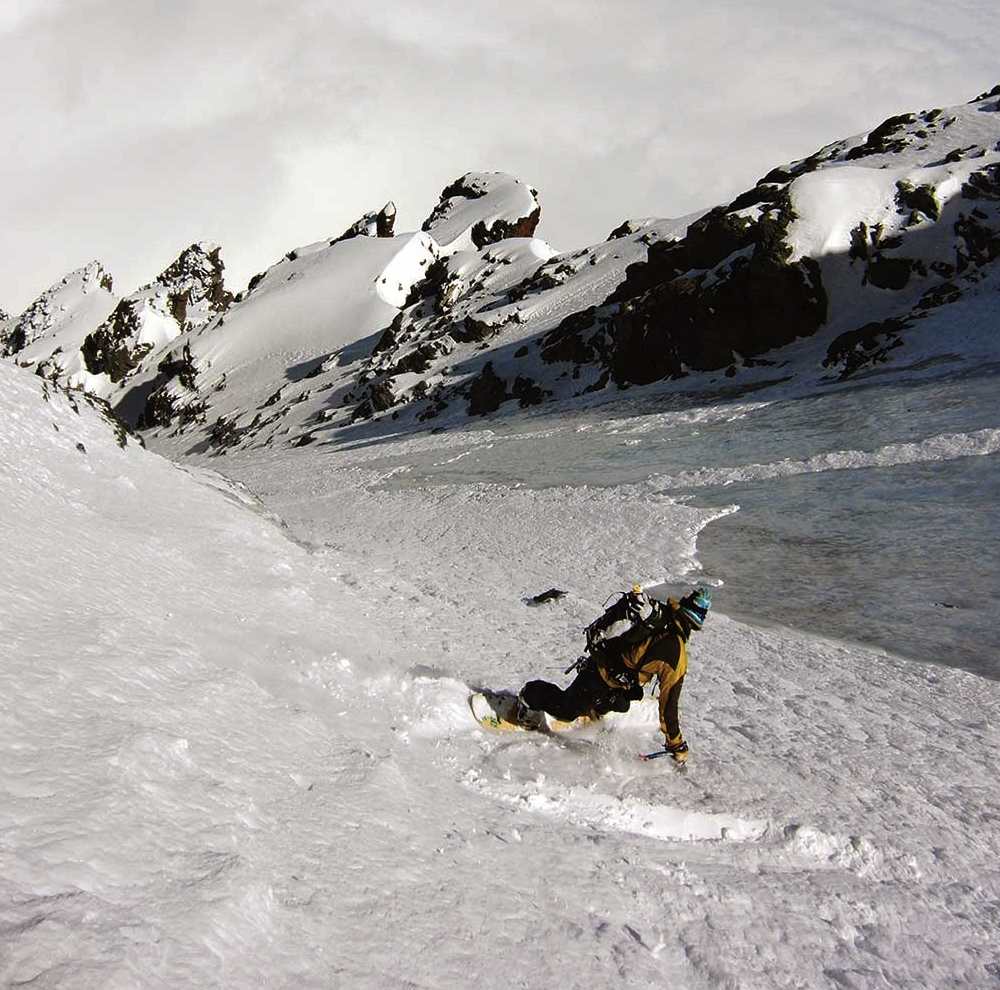 Regarded as one of the best freeriders in the world, Jones snowboard team member Luca Pandolfi rides some of the gnarliest couloirs in Europe. His home base, Chamonix, also experienced a low snow year and significant wind events, but still had rideable couloirs.

The Italian big mountain rider explains that different regions of the Alps have different types of couloirs. The area around Mont Blanc, he says, contains wide couloirs that, in the right conditions, you can ride pretty fast while still avoiding sluff. The Dolomite couloirs, by comparison, are really, really narrow, Pandolfi explains, so you have to be careful when you’re riding them in deep snow.

“Basically, couloirs are the type of terrain we have in the Alps,” Pandolfi explains. “Couloirs are a weak line in the mountain wall. The beauty of certain couloirs, or the lines down them, are that they are just breaks in wall. That’s what attracts me. I like Dolomite-style couloirs, where you’re inside the walls of the mountain. You feel inside the mountain. It’s a scary feeling when it’s the only line possible to ride.” 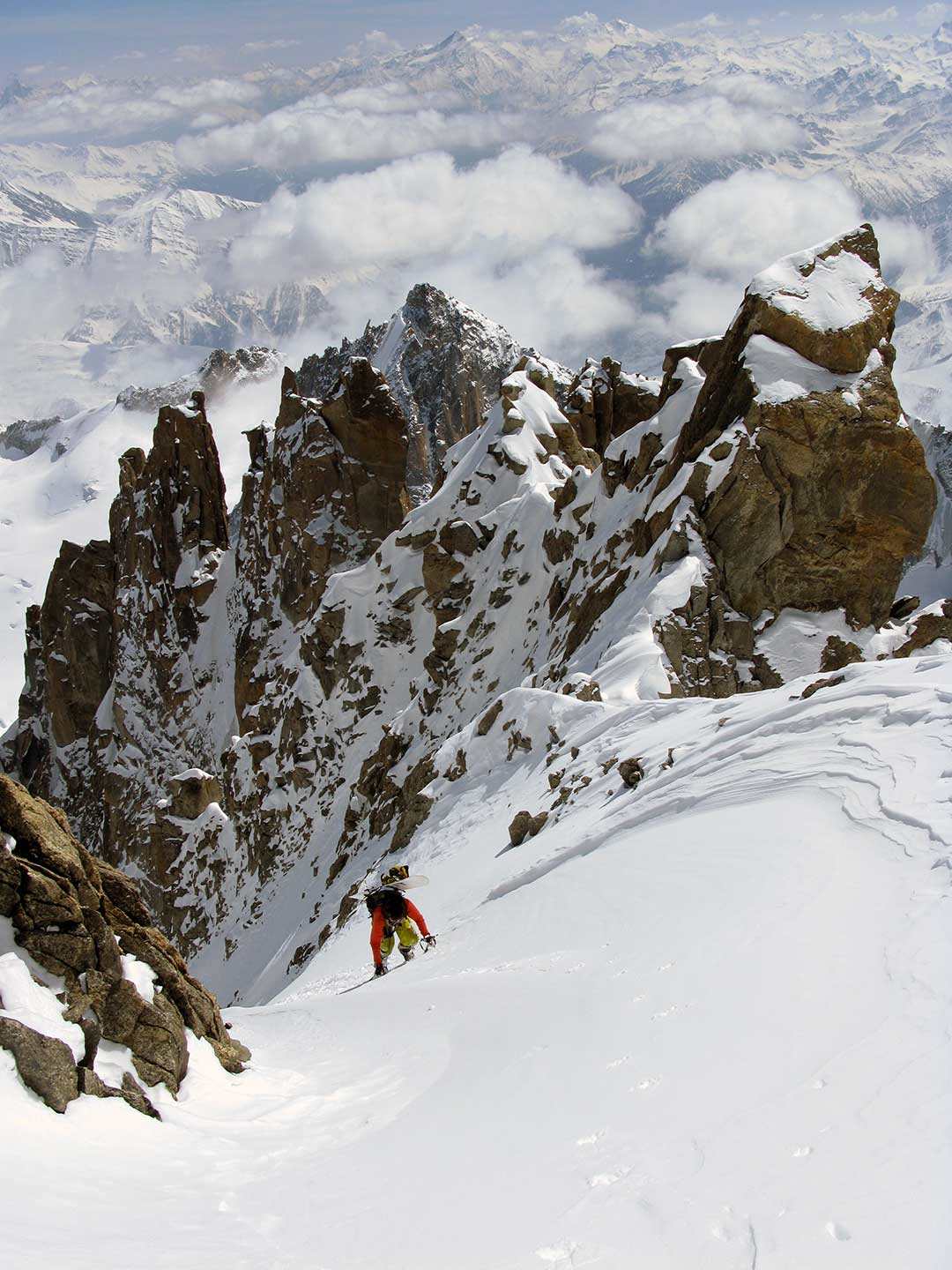 “It’s like riding a wave,” he says. “There’s a moment you go in and a moment you come out. While you’re in that tunnel, you’re in another dimension.”

“In a couloir, I feel more protected. I can also feel trapped–it depends on the type of couloir. Especially here in Chamonix, all the lines are pretty much exposed,” Pandolfi explains.

“You have to become really mentally strong. For me, I like to ride steep lines. For me, it’s a kind of meditation. There’s a moment when my body and my mind cooperate. I’m part of the elements. I become pure action. It’s a super feeling. This kind of meditation gives me the mental power to concentrate on the next turn or next couple of turns without thinking about what’s underneath the line.”