Check Yourself Before You Bury Yourself

Avalanches and the mountains don’t care about your Facebook status, how many followers you have on Twitter, or if you used a filter on that photo from the ridge. They couldn’t care less.

And the avalanche problem isn’t new. Last year's melancholy has forced many within the ski community to confront the issue. Last season 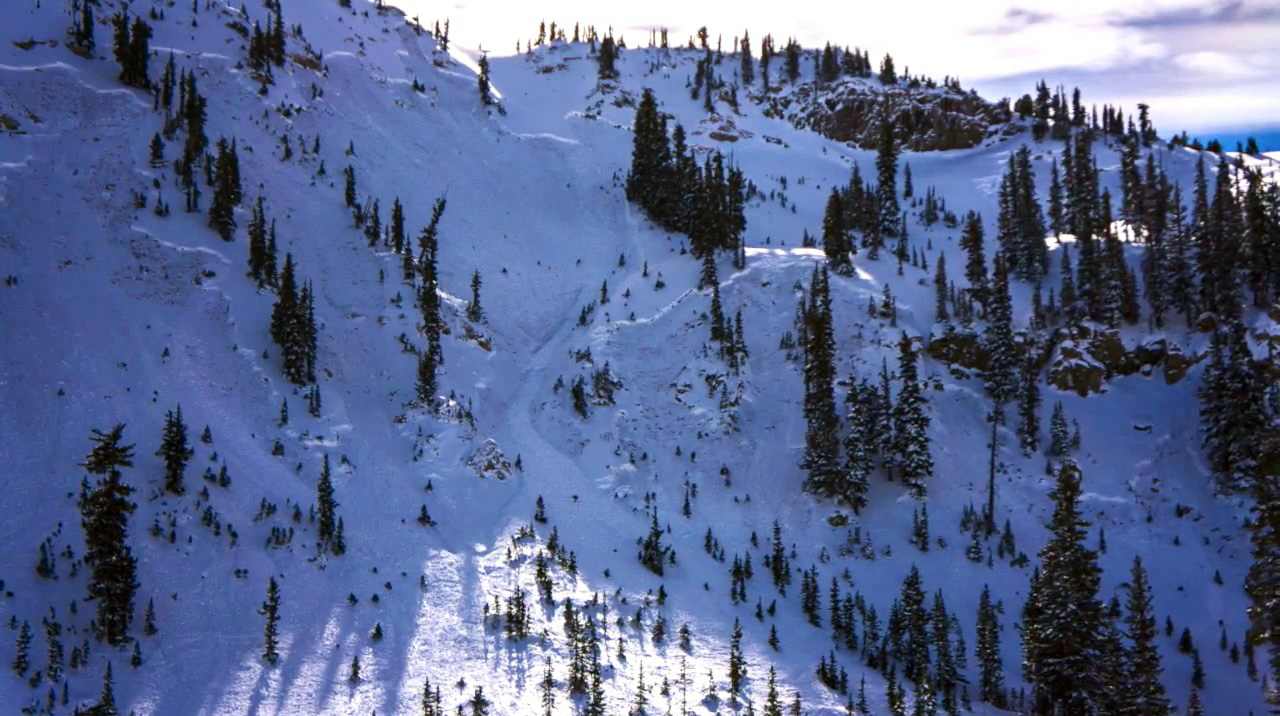 An avalanche in November broke off on Sunset Peak in Utah. Photo by Bruce Tremper of the Utah Avalanche Center.

“A lot of avalanches can be prevented with knowledge,” said Bruce Tremper of the Utah Avalanche Center. “We [avalanche centers] don't have a lot of money, and we can’t keep up with an industry that is pushing people into the backcountry.”

In turn, Bruce and others within the snow-science field are working on ways they can prevent avalanche deaths with a shoestring budget.

The UAC and other avalanche organizations advise skiers to make decisions based on evidence, but Tremper said people don’t, and are rolling the dice, learning their lessons the hard way.

“People need to be humble, especially early in their avalanche career,” Tremper said. “Our perceptions are almost always wrong. … I just cringe when I hear ‘I just trust my gut,’ because they don’t know anything. Avalanches are hard to teach, what we’re doing works, but maybe not as well as we would like it to. … What we really need to do is get a virtual reality experience to see and feel things so when you guess wrong, you get hit with baseball bats or something like that. We don’t have a machine like that right now.”

For skiers, getting educated is key, but that isn’t the final step. As Tremper notes getting your Avalanche Level 1 certification is misleading, as the level one course gives you enough information to start learning.

“I call it your learners permit. It is where your education begins not ends,” Tremper said.

This season whether you are an experienced skier or newbie, staying current is integral to your survival in the backcountry.

“What I suggest is after people take a Level 1, every time it snows get out on safe or low consequence terrain and see what is happening — that’s where you really learn,” Tremper said.

Tremper, a professional avalanche forecaster since 1978 and in his 27th season as director of UAC has seen enough mountainsides shatter like a glass.

“People always assume they have better skills than they really do. It takes quite a few years. You really know hardly anything,” Tremper said.

For Tremper, it took about 15 years as a professional before he felt he was skillful at traveling within avalanche terrain.

“I was pretty lucky — luck has a lot to do with it, and we just don’t realize sometimes how close we are,” he said.

Tremper, author of Staying Alive in Avalanche Terrain, is one of the most respected avalanche experts within the Utah skiing community.

According to Tremper, this season Utah has started out with a relatively good snowpack — as long it keeps snowing. However, he notes that they missed some close calls.

“The October storm was really faceted on the ground of northern aspects. When we received the November four-foot-storm, we had a lot of activity and there were close calls that could of easily been several deaths. Several people triggered slides, but no one took any serious rides — we were really lucky,” he said.

In addition to the facets, the early season snowpack holds increased risk in avalanche terrain.

“Early season avalanches are more dangerous because a small slide can send you bouncing through stumps and rocks, the incident of trauma is higher,” Tremper said.

There is no denying that equipment upgrades have allowed skiers to get into the backcountry with ease, however, Tremper and other avalanche professionals are noticing an alarming trend.

“People used to be a lot more cautious right after a snowstorm, today people are running to the steepest terrain and jumping right into it, you just can’t do that,” Tremper said.

“Previously there was no media of other skiers’ endeavors,” Raskin said. “You were stepping into a void.”

This year at the UAC workshop, social media was said to play a role in peoples’ decision-making and plans for the day.

Currently Raskin is seeing her “office” becoming a dangerous place as not everyone is taking the appropriate courses, yet are on avalanche terrain. Just two weeks ago she and her fiancé saw skiers descending upon a group skinning up for turns near the Cardiff backcountry zone, Utah.

For Tremper, “it is total chaos, as no one is practicing any system.”

“We have to have some sort of system to allow us to make better decisions,” he said. “We need better avalanche eye balls, right now everyone is jumping in.”

As the season kicks off across the country, avalanche centers such as the UAC and others across the west and east are holding avalanche courses, free workshops, and lectures, trying their earnest to educate skiers. For skiers and riders knowledge is power. So take a class, see what the mountains have to say, and be safe this winter.


Below is a list of avalanche forecast websites for major mountain communities. Always check the avalanche report before heading out to the backcountry.