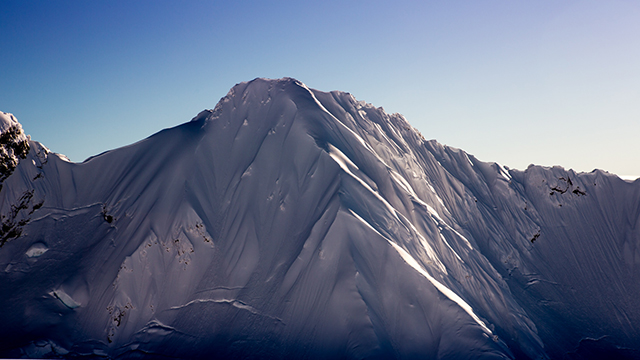 Remote, bold, and mostly unknown, some of the dream, big mountain lines lie deep in Alaska's mountains and are accessible only by helicopter. Over the season, we will cherry pick the modern gems of ski descents from one of the greatest places on the planet for big mountain powder skiing: Alaska, 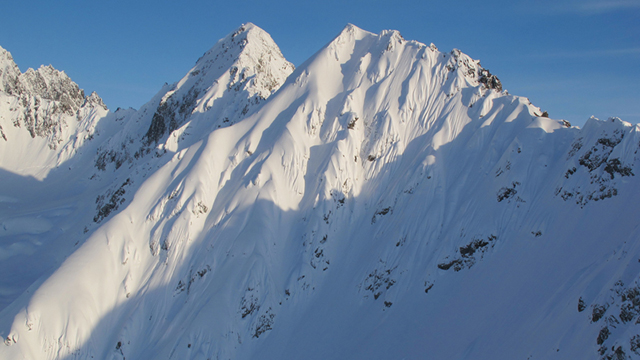 When Kent Kreitler put the first descent down Buddy Love it was pre-PNH as well as pre-most heli operations in AK. Kreitler was based off the Maritime Maid boat in Prince William Sound, close to the current Points North base. The first descent was documented in TGR’s film, “Harvest”. The segment opens with Kent charging from the top, airing over a rock outcropping, and then sending it to the bottom effortlessly in about eight turns.

As Guide and Co-Owner, Jessica Sobolowski-Quinn shares, “Buddy Love used to be a peak I often skied with Kevin (Quinn – husband, guide, & co-owner). The landing zone is small and the adrenaline I would feel on the toe-in would stay with me for the first three turns skiing down. It’s exciting! Dropping onto the massive spine is intimidating, but as soon as you’re a quarter of the way down the run appears, the rollover fades away, and you are skiing a beautiful, consistently steep slope to the bottom.”

Sobolowski-Quinn adds, “It was a special moment when one of our guests, KC, skied it. She is a mom of three and in her forties. I was overcome with pride and awe. It's not often you see a lady just ripping the you-know-what out of a line like Buddy Love and doing it just for the sheer joy of doing it.” 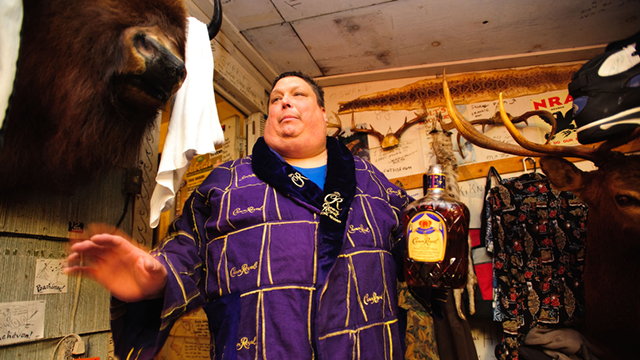 “On the west aspect there are fluted spines, top to bottom. The apron is littered with gaping crevasses that catch your eye like an S.O.S distress signal from a pocket mirror. Due to its sun exposure, this aspect is rarely skied. But in the right conditions, it will be what you dream about.

Panning around to the northwest aspect, Buddy Love proper, is a beautiful A-framed layout. The tip of the peak is rarely landed on by helis as it occasionally can have wind scoured rock formations and a miniscule landing area; so about fifty percent of the landings are in the saddle just below the summit. This is where I set out for the quick climb to the top.

Once on the summit, as I double check my gear, the bass drum in my chest is increasing in velocity and depth. Peering over the tip of my board, the view is peppered rock and small cliffs scattered about the entrance. Beyond that, the only visual is the valley floor 3,000 feet below. Classic AK roll.

There are safe points. But if you are caught in the wrong area, it's taking you top to bottom in a hurry. 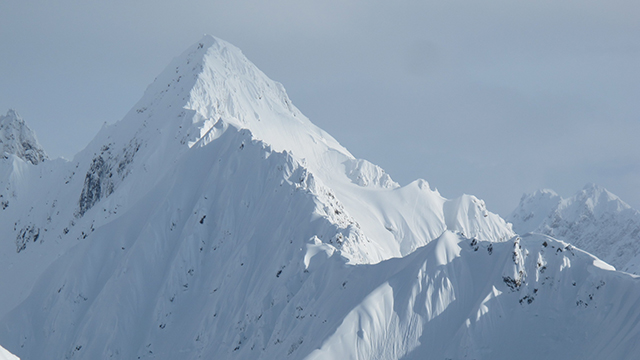 With a consistent 50-degree pitch, I have no problem finding the accelerator in the first turn. From there it offers several routes—my personal favorite being fall line. I work the mountain from right to left. A third of the way down, a distinct rib just calls for turns. Shedding snow forms rivers on both sides of me, and yet more concentrated on either side of the spine. I make a few surf-style turns, whipping the tail while scrubbing speed in the same motion. A smooth lip. Take off!

Airing a small cliff band, I am now in the gut. The belly of the beast. I have two choices at this point: wait out the slough train, or, my choice, hammer down, working left toward the shoulder, letting the snow fall away from me.

Getting to the bottom third, the thought of pointing to the finish line comes to mind. But keeping one step ahead, I lock onto the open seracs and depressions on the left side of the apron. All of the snow I've been avoiding is now catching me and its destination is the danger zone. Smashing the pedal to the floor, I exit right, just before the slough nips at my heels to pull me back fall line. Arms raised, yelling in ecstasy, I realize that I made it. And I rode it how I wanted.” 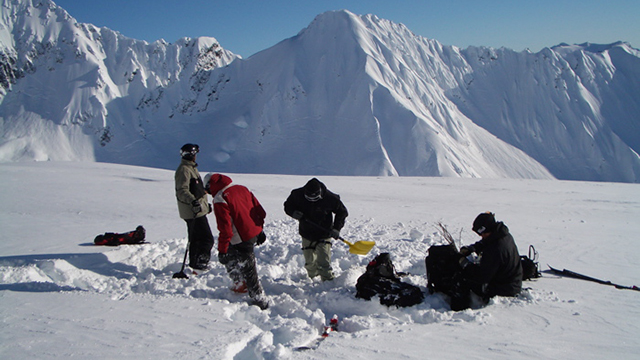 Be safe in the field, shop for all your avalanche saftey gear online at Backcountry.com