What lengths would you go to live the shred dream? You know the one—chasing snow, catching the biggest dumps, shredding chest-deep champagne pow. Yeah, that dream—the one where nearly everything revolves around riding.

This dream is common among nearly everyone who has spent some serious time on the snow. And although it seems that living the dream should be an exercise in simplicity, this isn’t always the case. For most riders, it requires a tremendous amount of hard work. To get a glimpse of this, we hit up 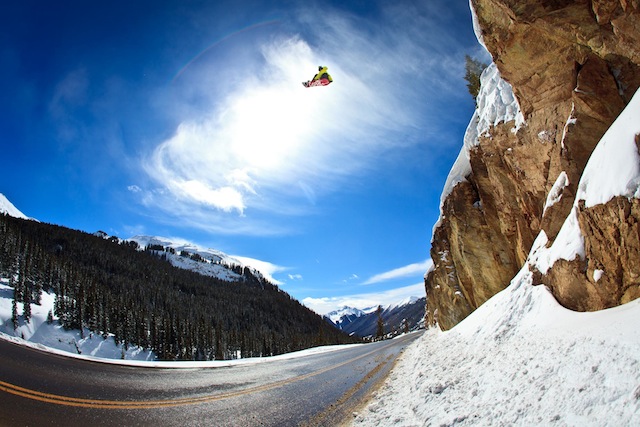 When did you start snowboarding?

Whom have you filmed with in the past?

I got started filming with the Technine guys—Finger On Da Trigger Productions. At the same time I was filming with Kingpin. After that, I shot one year with Defective Films, which was super fun. I filmed in Whistler, and that was some of the best sled-accessed skiing of my life. Then I started filming with Absinthe. I filmed with those guys for three or four movies, pretty much until I lost sponsorship money to be in those big productions.

Nonetheless, you continue to live the dream and ride year round as a guide. Tell us how you make it happen.

As a relatively new guide, it's a little tough to make ends meet, so my whole deal has pretty much been to work as much as possible. I would like to be out shooting—I still make it a point to shoot a few days every year—but this year I was really focused on working a lot. I did early season and winter in Silverton, then in the spring, from March to April, I worked up in Haines, Alaska with SEABA Heli, then I do guiding with SASS Global Travel, SGT, during South America's winter, which is our summer. And I also build splitboards in the offseason. 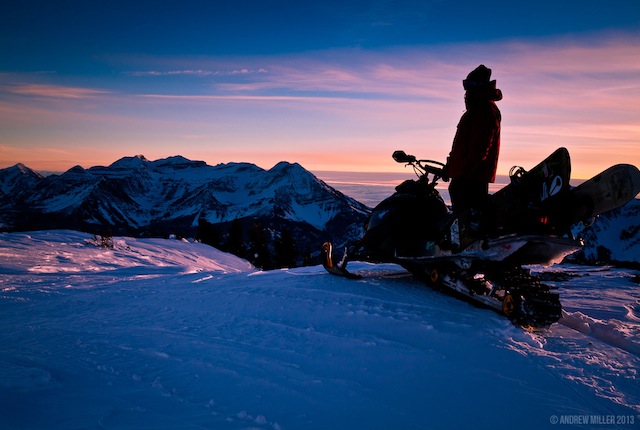 How did you get into guiding at Silverton?

I grew up three and half hours south of there so I would always come up towards Red Mountain to build in the backcountry and snowboard around there. When I heard that there was a ski resort near there, I wanted to check it out. Around seven years ago or so, I was in Silverton and met Skylar Holgate along with the rest of the Silverton staff. We went on backcountry missions and things of that nature and I started to spend a good deal of time there during their unguided season. Then I started going to Treasure Mountain Hut and started hanging and riding with those guys. I was impressed with their avalanche safety skills and found them to be more cutting edge and more savvy than a lot of the people here in the Wasatch area. I was really drawn to the area simply by growing up close to it and getting close with the people there. 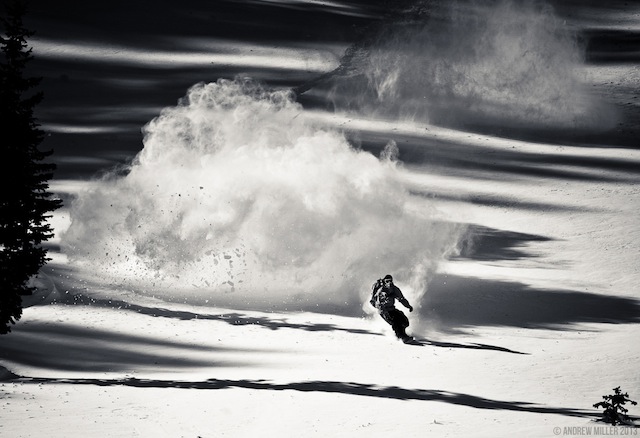 I enjoy having great mentors to work with and feel lucky to be a part of the team at Silverton. 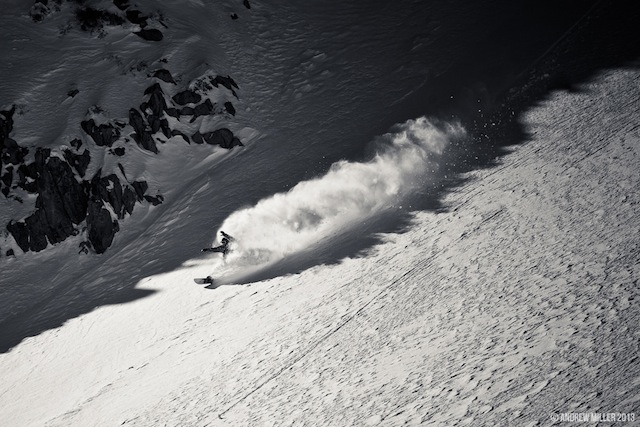 Tell us about your work with SEABA Heli in Haines, Alaska.

It's pretty intense. Heli-skiing in Alaska itself is intense, and because of my background, I mostly work with production crews. It's really early mornings, really late evenings and getting out there with professionals who are riding hard. It's fun and it's full on. Again, it's very dynamic because I'm working with people who are pushing it. It's wild. I think it's a little easier for me to work with the production crews than it is for some of the other guides because I understand what they are trying to do because that's what I used to do. 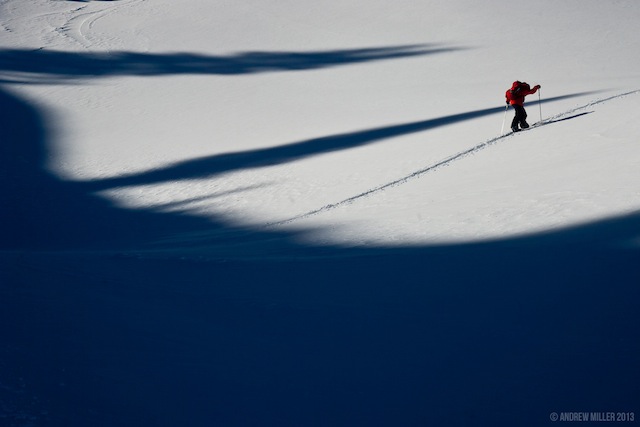 Break it down for us—what is it like to guide production crews?

My role is to help communicate what the crew wants to execute with our pilots and then communicate back from the pilots what is actually possible. The pilots have duty days, so they are only allowed to fly a certain amount of hours, so basically I coordinate all of the logistics. I have zones in mind to show the production crews and depending on what they are looking for, I help them find it. Whether it's big lines, spines, places to do tricks, or whatever. I am there to help get them what they're looking for. A lot of the production crews are really professional, which makes it easy to work with, as their decision making process is at a high level. As far as some of the younger production crews, I can help those guys by pointing out some of the hazards they aren't used to dealing with. I'm a facilitator—I'm there to help the crews get exactly what they want. 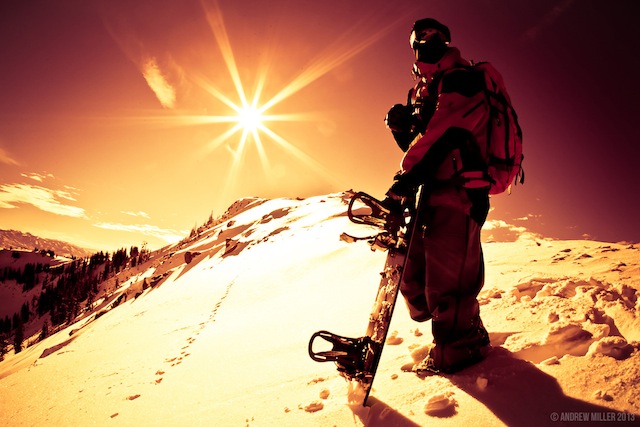 What production groups have you worked with?

This season, I worked with Stellar Media. Also, this is the second season that I got to work with Xavier De Le Rue with his Timeline Production Crew. Those guys are really fun to work with. Then I got to work with the YES guys a little bit, DCP and Clint Allan. Last season I actually got out with TGR and Standard films also. I also got to do a little bit of normal client skiing, which was really fun as well. 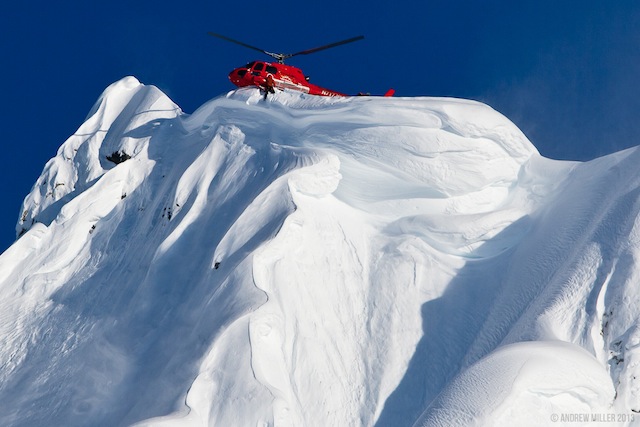 What do you do when you're done in AK?

I usually try and squeeze in as much summer as I can. Sometimes there's still snow in the lower forty-eight so I try and get out for some touring. This year I jumped right into climbing mode and have been hanging in Salt Lake. Now I'm just trying to switch years and get into Argentina mode for SGT.

How long have you been a part of SGT?

This is my fifth season as an actual employee, and seventh season overall. I went down for the first two seasons just to check out the camp and ride. When I lost a lot of my sponsorships, I hit them up for a job five years ago.

What makes shredding in Patagonia unique?

Well, aside from the aesthetics—the rocks are super unique as there are lot of spires and it's super beautiful down there—for me, getting out of the 100 degree heat is awesome. I can't stand the heat up here in the summer. 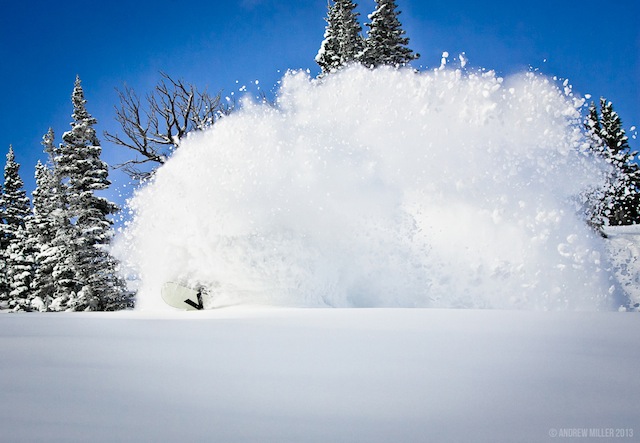 Do you work in Salt Lake before heading to Argentina?

We do this smoothie stand in Salt Lake at the farmer's market on the weekends. It's a bike powered smoothie stand that my roommate Tony started about four years ago. We do that every Saturday. That's one day a week that I have work, and it's really fun. It's a really cool thing, we're using all our own power, and it's a cool business model. I'm stoked to be a part of it. So I do that, and I'm always up for grabbing little jobs where I can. It always tends to be more manual labor type stuff like working on houses and I have buddy I sometimes work on cars for. I'm always just picking up little pieces of work when I can find them.

How would you define a pro snowboarder?

The definition of a pro snowboarder to me is someone who is in the position where they can concentrate all of their energy into being the best snowboarder they can be. They are backed up enough that they are able to train, stay healthy and strong and also get wherever it is they need to be—whether that's to get the shot or to be at that contest on the other side of the world. It's someone who’s ready to be on the cutting edge. They have the support to be a competitive snowboarder who is pushing the sport and inspiring other people to get out and become better riders. 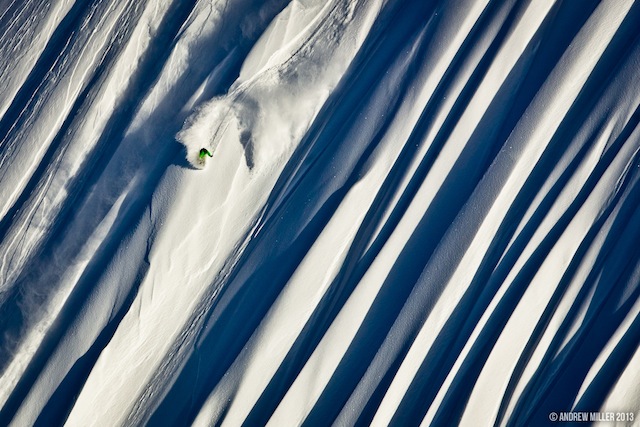 What are the biggest differences in filming now versus when you filmed?

It's hard to say. I wouldn't say I've been paying super close attention, but definitely the tricks and the riding are a lot more technical, especially in the competition scene. Also, the cameras they are using are totally different. Most of the filming I did was actually on film, but now it's the digital age, so these guys are able to review their shots right away. That's pretty cool. Film is great, but you wouldn't be able to see your shots until later, or the film wasn't exposed right, or your style wasn't right, so I think the digital age is great so you can see your stuff right away and adjust things right away.

What advice do you have for riders who can't quite secure sponsorships, but want to live the shred dream?

Go get a good job, so when you ride it's for yourself. It's really nice to be able to ride a lot, but most of the time these days, my focus when riding is making sure everyone else is having fun. So depending on what your goals are. . . if your goals are to ride a lot, than what I'm doing is really good. If your goal is to progress and get better at riding than being able to ride on your own terms and on your schedule is where it's at. It's just tough to make ends meet where I'm at, doing what I'm doing, so that's the tricky part. And honestly, I don't think I could be doing what I'm doing without the sponsorship backing that I've had and continue to have. But I look at some of my other friends who've come up through the ranks as guides and they do really well. The main thing is picking a direction early on and sticking with it—going for it. 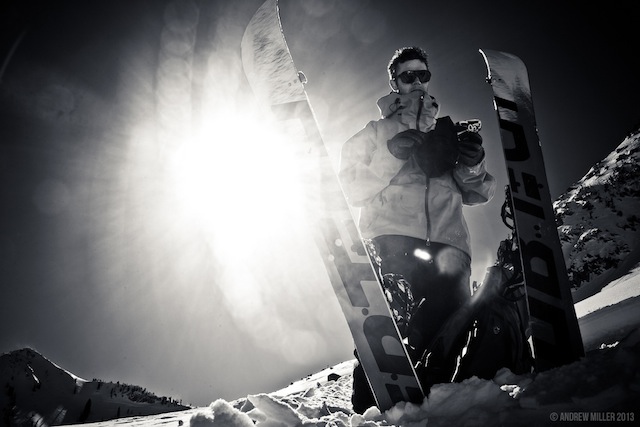 Who are your current sponsors?

What's next for Mister Coulter?

Ha, who knows. We'll see what happens and where I'll end up.

All other photos courtesy of Andrew Miller http://andrewmillerphotos.com