Climate change is and will continue to affect the ski industry in many ways. While several of the precise effects remain mysteries of modern climate modeling, we do know that they will be nothing good, and that as skiers we need to do everything we can to modify our lives to reduce our carbon footprint. One thing that models seem to agree on is that, in general, man-made global warming is making storms more powerful, less frequent, and warmer. This means, for example, that if on an average year in the past, the Sierra Nevada got 10 big storms delivering snow, now the Sierra might get 5 bigger storms with only 3 storms delivering snow and the rest delivering rain. While it is never justifiable to claim that we would not have experienced a certain weather event if man-made climate change was not happening, it is possible to attribute patterns to man-made climate change. It is likely too soon to start doing this, but the last few years in the Sierra have seemed to follow the predicted climate change pattern described above, with just a couple very large storms delivering a lot of rain and some snow to the Sierra.

Recently California has been experiencing a horrendous “four year drought” but when water demand (evapotranspiration) and water supply (precipitation) are both accounted for, data from the National Oceanic and Atmospheric Administration (NOAA) shows that the drought has actually been going on for 14 years. (See Graph) 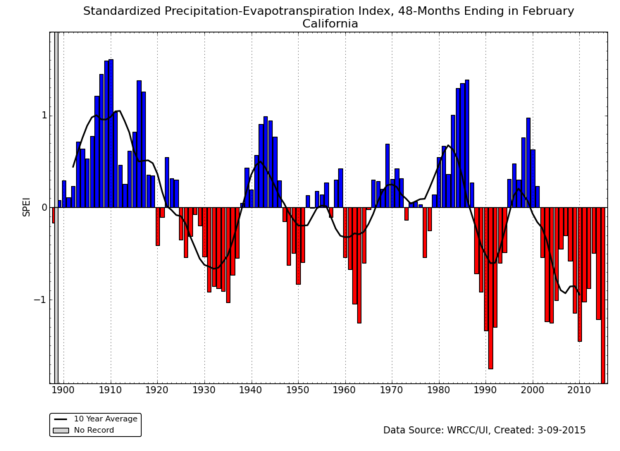 This drought peaked this past winter as the least snowfall in at least 500 years (http://www.nature.com/news/california-snowpack-low...)..

Without action on climate, I fear that this is the direction that skiing around the world is heading in. For a skier, a 14 years drought that becomes the driest in 500 years requires quite a lot of stoke to overcome. Luckily, in May last year, the season finally picked up and we received several snow storms above ten thousand feet. These storms were exactly what we needed to elevate the stoke levels. Ready for some freshies, my friends and I ventured out into the backcountry many times last May, here are some of the highlights. It made me thinking, if this is as bad as it has been in the Sierra, what is a standard season like?... I hope that despite climate change we still get some good winters in the Sierra, but if not, we will just need to climb even higher!! 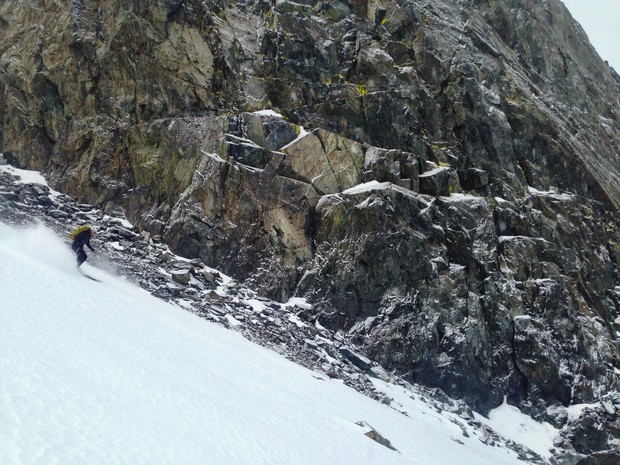 Cutting a hard turn on the Mammoth Crest in May 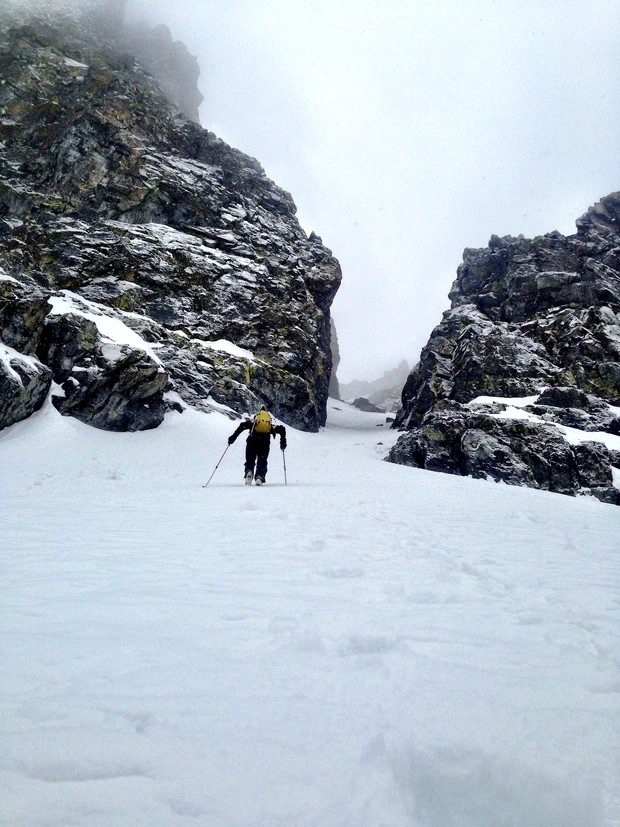 Heading up the Crag Couloir on the Mammoth crest in May 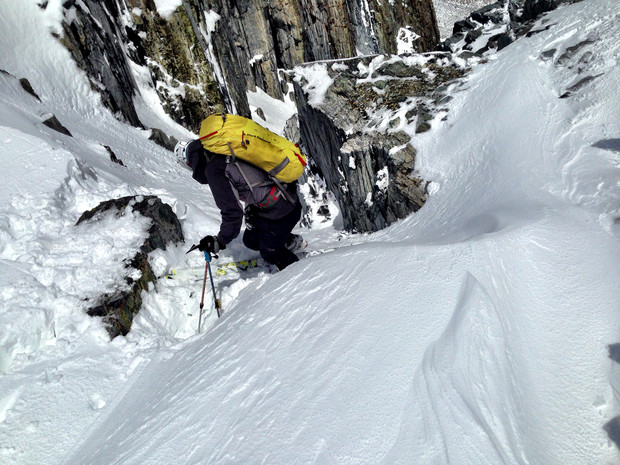 dropping into Ship's Prow on the mammoth crest in May 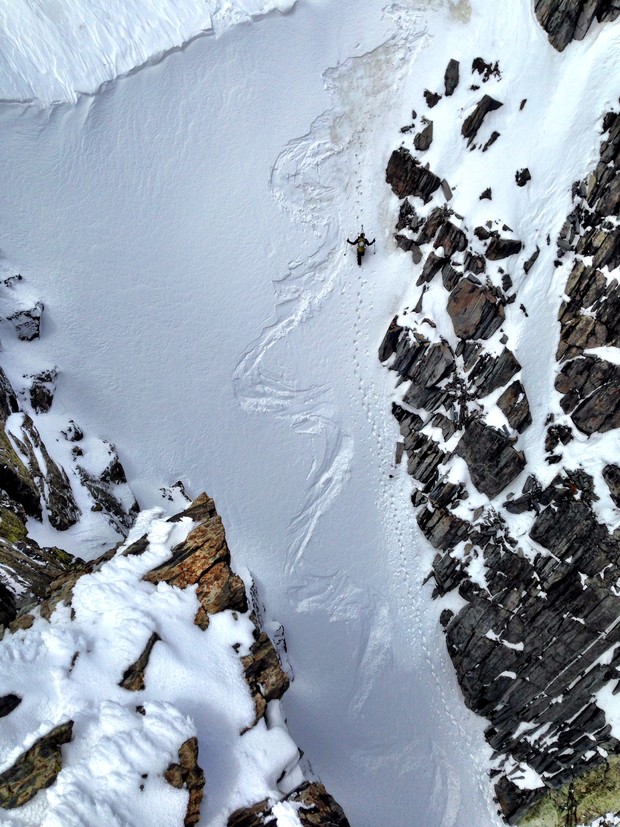 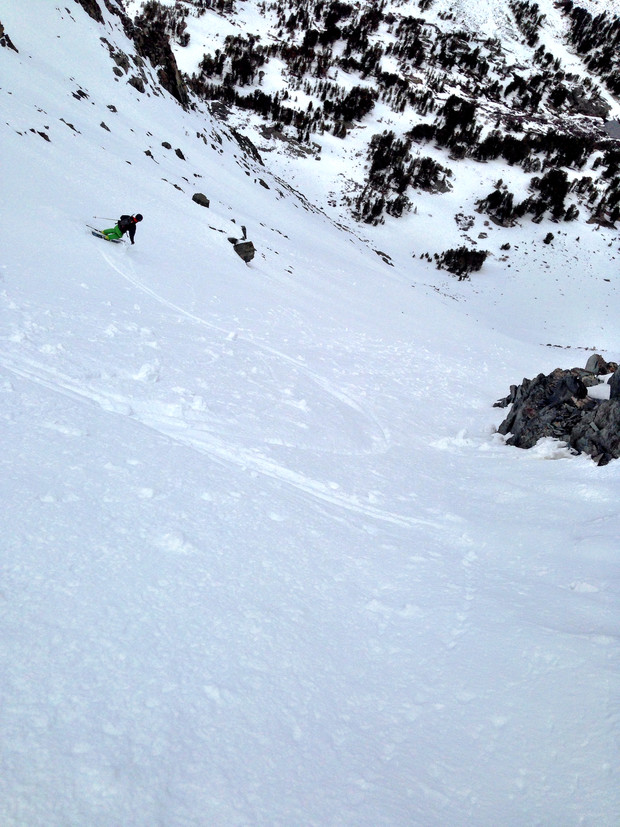 shooting out of TJ's couloir on the mammoth crest in May 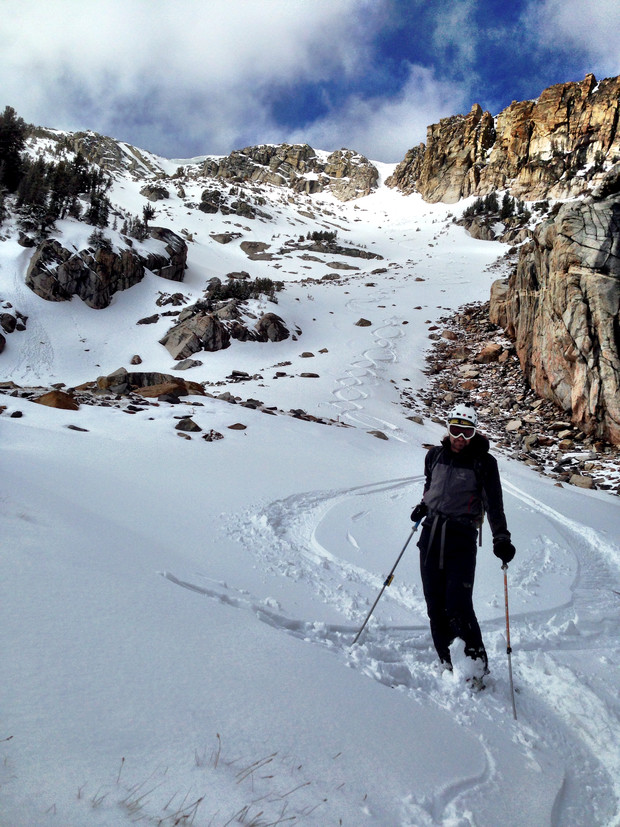 With a large El "the great wet hope" Nino winter coming our way, it is likely that the central Sierra will see a large snowfall this winter. It is important to remember that one wet year will not bring us out of the water deficit that California is currently in, and skiiers still have a duty to be concerned about climate change