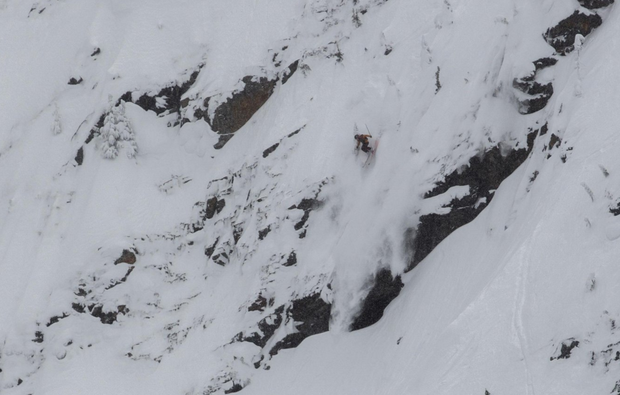 Congratulations to the Collinson siblings for both securing podium finishes at this year's Red Bull Cold Rush! Angel grabbed first place with a show stealing first run, picking apart a technical cliff band and straight lining out the bottom at a suicidal speed. Brother Johnny, despite bloodying his face with a "knee sando", laid down some clean lines with massive 360's and a backflip to earn second place in the men's division.

Related: Johnny and Angel Were Destined to be Pro Skiers

Following Angel on the women's side was Tatum Monod in second and Lexi Dupont in third. Kye Peterson snatched 1st place in the men's division by throwing the loftiest 360 of the competition. Greg Hope threw down a massive spread eagle on a very technical drop that contributed to his third place finish. 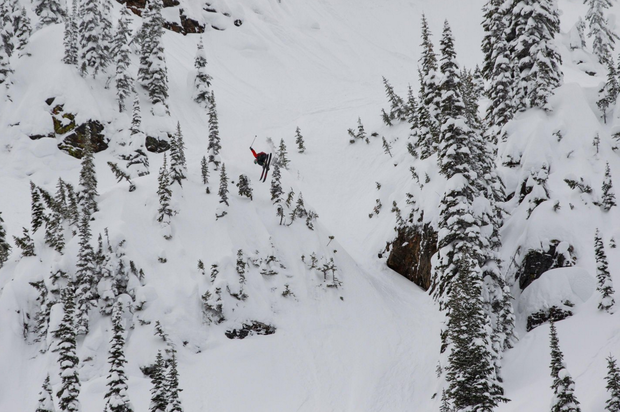 Red Bull Cold Rush made a comeback this year after a three year hiatus. This year's venue was in Revelstoke BC, a place well known as a regular stop on the Freeskiing World Tour. Unlike the FWT, however, the Cold Rush is invitational only, and the guest list this year included only 16 male and 5 female athletes. Additionally, the competition is peer-judged, on the last day of the competition the athletes viewed highlight reels and voted for who they thought performed best overall.

The terrain at Revelstoke is steep, rocky and big. With plenty of new snow on the ground, athletes were able to push huge airs and difficult tricks throughout the three day event. The competition focused on four different ski disciplines, including backcountry slopestyle, big mountain, cliffs and ski touring. Athletes were judged on their technique, speed and style throughout these disciplines. 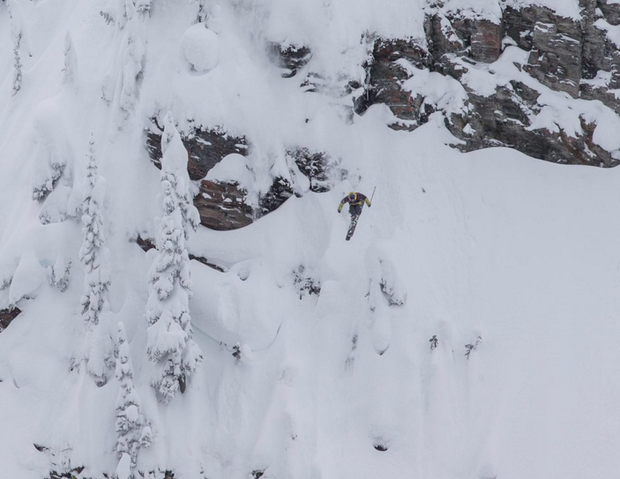 Now it's your chance to vote! Red Bull has announced a Peoples Choice Award, that will go to the athlete who's highlight reel has the most views by February 10. You can view all the athlete's reels here, and share the one you think is best to help them win.