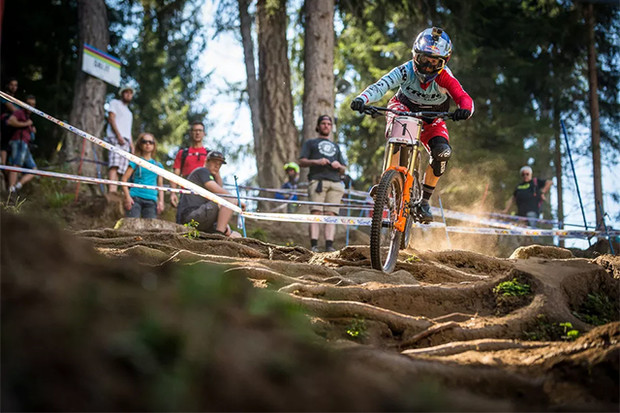 Rachel Atherton has won 13 World Cup Downhill races in a row. Thirteen. She's also the defending World Champion (though she barely squeaked out the win last year). A perfect season in any sport at her level is near impossible. In the pantheon of Williams, Vonn, Voss, Rousey etc. Atherton is tops. This year she had to contend on a dry, dusty track — not her favorite — against hard-charging riders, Manon Carpenter and Tracey Hannah. 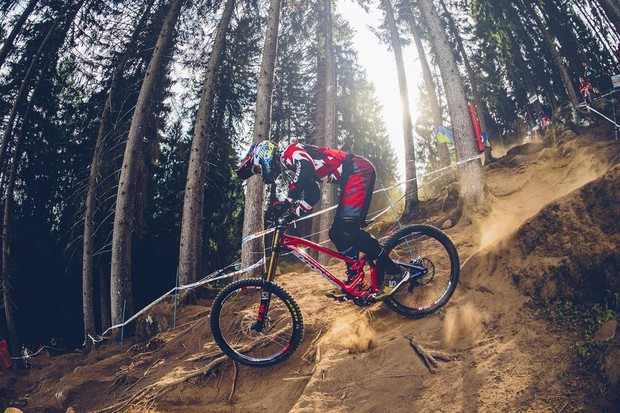 And then, there's Danny Hart. Hart was the 2011 champ, and just secured another World Cup title this weekend. Danny's runs always excite, his last epic World Champ performance in Champery 2011 is probably the pivotal moment in the elevation of downhill as the world's fastest growing (and sexiest) cycling discipline.

You can catch the whole event on Red Bull here.

And, if you'd like to revisit Danny's coming-out party, here it is. Rob Warner and Claudio Calouri (of recent Red Bull course preview fame) are the best color and play by play commentator team working today.