We’ve all had the following conversation: “you’re still in bed dude? Come on—I’m outside waiting!” There’s always at least one friend who just can’t seem to get their act together when you’re trying to head up for the mountains. Skier Jake Hopfinger and speedflyer Hayes Majerus know this dynamic all too well, in fact, it’s so ingrained into their normal routine that it served as the basis for Benshi Creative’s latest short film, Ditched. Benshi Creative is a two-man team comprised of Cameron DeMars and TGR’s very own production intern Caleb Chicoine. Turns out this summer Chicoine was sneaking back up Bozeman, Montana on the weekends to film the project while he worked during the week as an intern at our Wilson, Wyoming office. He’s now back at Montana State University for his junior year in their film program, but Chicoine was happy to share with us the process behind the project. Here’s what he had to say:

So, what’s the background behind the project?

CC: [Cameron and I] are both juniors studying film. MSU’s program is more of a hollywood style of learning, but we’re much more interested in shooting action sports. So, we thought we’d mixed those two things together with this project.

Right now Benshi Creative is just the two of us, and especially with that video, we filmed everything. Cameron handled most of the drone shots while I did the majority of the other perspectives. We also spilt up the editing between the two of us.

How was interning at TGR?

CC: It was awesome. I actually interned last year doing social media with Rogue Elements. For this summer I got put on Ode to Muir as an assistant editor which was a super huge opportunity. It was cool seeing the workflow of a feature film from start to finish and to have an integral part in the meetings. Learning to work with a team was the best takeaway—something that definitely influenced the way this video was made. 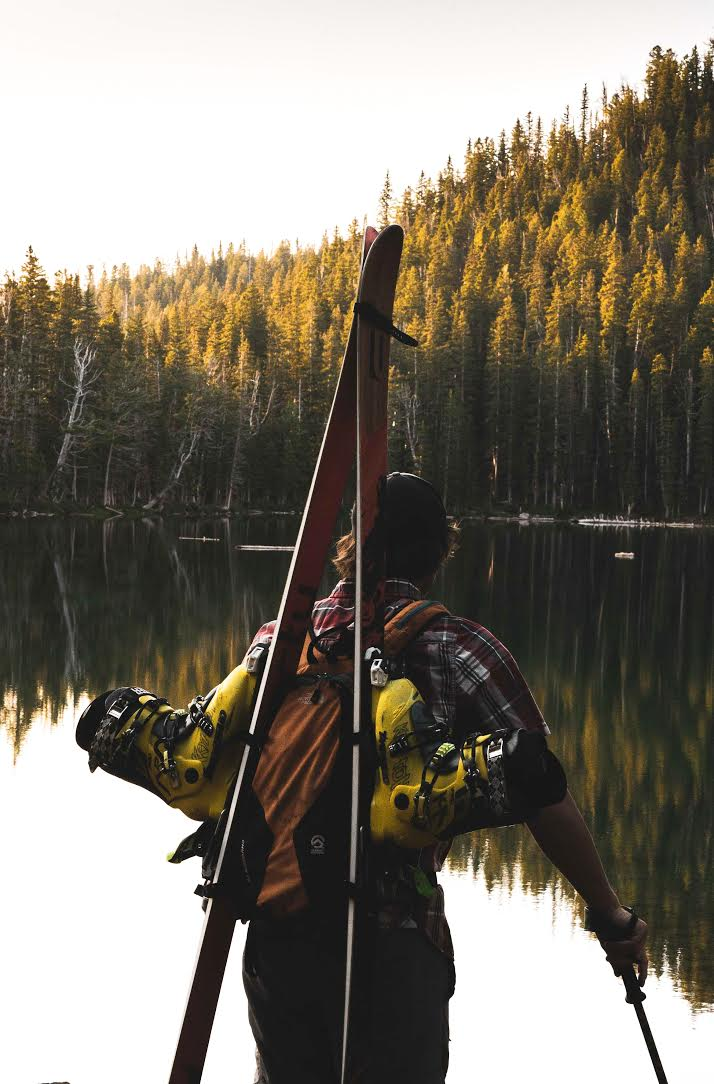 Chicoine and DeMars knew they wanted to combine skiing and speedflying in some capacity—Hopfinger and Majerus' friendship served as the perfect inspiration.

How was balancing this project with your work at TGR?

CC: I had the idea in the beginning of August, and Cameron is based up in Bozeman. So I just came up for two weekends to film the project. I was working five days a week in Jackson and I’d drive up friday after work to Bozeman, and get in at 10. We’d have a meeting with everyone that night to plan the day, and then we had to be up at 3 in the morning to get in the mountains so it was safe for Hayes to fly.

We were filming in the Bridger Mountains, it’s one of the less popular places to actually speedfly because the wind up there is super inconsistent. You have to get up there super early for it to be safe. So that was the routine for both Saturday and Sunday for two weekends in a row. Luckily we didn’t have to go too far. It’s about a mile and half hike up to the top of the mountain we filmed. Getting into some of the spots was definitely interesting. 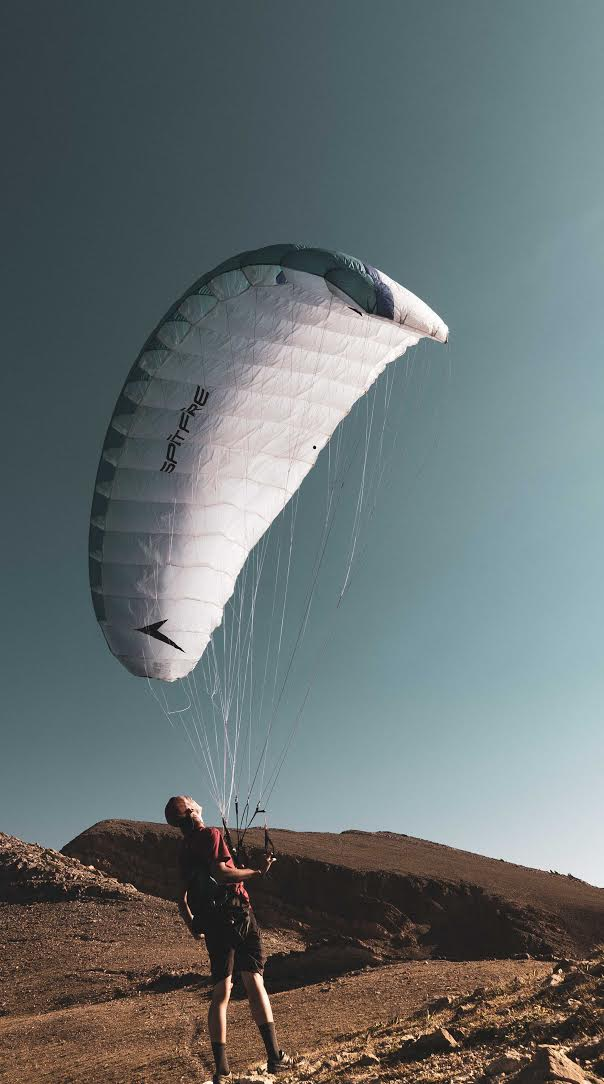 Filming speedflying can be tricky because you're never certain what's going to happen with the wind.

How did the filming go?

CC: Well, I had a lens stolen while we were filming which was not fun. So yeah, that made things pretty interesting.

WHAT? From your car?

CC: No we were on top of the ridge right before you summit the main peak—which is called Sacajawea Peak—and it’s one of the popular hikes in the area. We had all of our gear laid out in a pile while filming. When we packed up everything and started heading down I realized that I didn’t grab it. I ran back up there and it was gone. That was a major bummer because now we were out of one of our main lenses.

Well on a happier note, what was it like filming speed flying?

CC: That was my first experience filming speed flying and it was really interesting because I didn’t really know much about it. We just trusted our speed flyer and let him dictate where he wanted to fly. From that, we worked out shots with the skier around it, and it made it hard to time the two because we weren’t ever completely certain when he was going to go or his speed. For one of the shots, we got it on our first try and we lost our minds because it lined up so perfectly.