This is a story about my experiences in life, and two runs named Delirium Dive and Wild West.

It all started when I was young. Growing up in Calgary Alberta was amazing. We were a one hour drive away from the Rocky Mountains and Banff National Park, which meant that my family and I spent countless weekends in the mountains. I was fortunate to have a father who would stop at nothing to go skiing as much as possible. He built golf courses for a living which meant that he had every winter COMPLETELY off work. Before I knew it, I was done with skiing, onto snowboarding, and had the best companion I could have asked for - Dad. 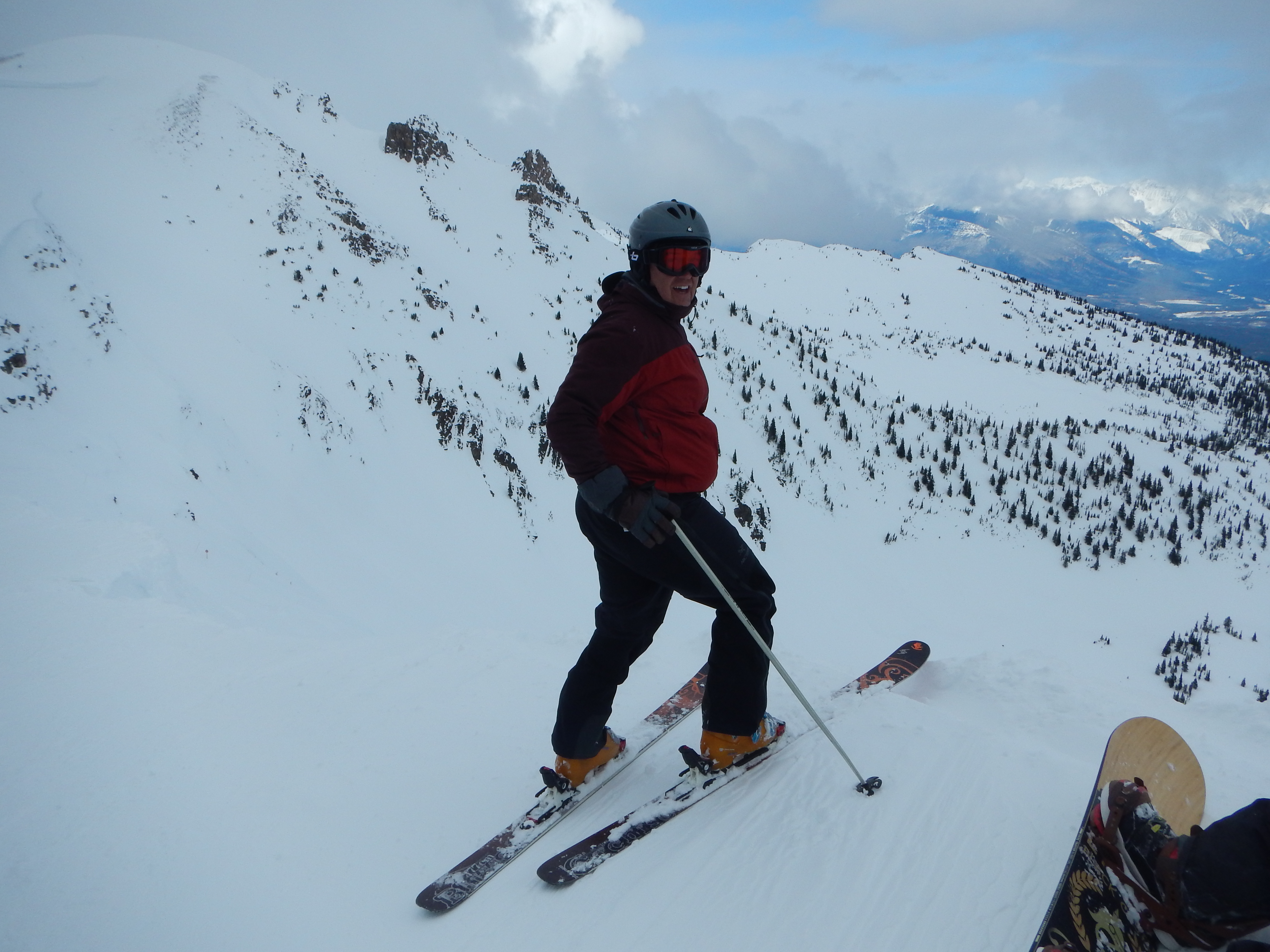 By age 16 I was competing at snowboard cross and training with a small group of teenagers with the Sunshine Ski and Snowboard Club. We had four coaches, one for snowboard cross, one for half pipe, one for freestyle, and one for the younger group. We weren't amazing snowboarders by any means, but we pushed each other and learned so much. Mark was the lead coach of the group, focusing on cross, and he organized everything that year. Mark was amazing, he was patient, understanding, and he knew how to push us to be better at what we wanted without making us feel like we had to do what he said. I credit Mark with many of the structured snowboarding skills that have made me better over the years. But one thing that changed me the most that year was the last day of training. At lunch time our freestyle coach Adam came in and said, "I am going to Delirium Dive, they just opened Cream, and I have spare avalanche gear. Who's coming?". I didn't think twice, I just went for it. That day, Adam and I hiked to the main entrance of Delirium Dive, hiked the Galaxy Ridge traverse, rode half of Milky Way, got off our boards and hiked to the entrance of Cream - it was May. To this day I have never returned to Cream since it rarely fills in enough to make it ridable. It was amazing! Cream is a small couloir where the snow forms into a semi half pipe with a small mandatory drop at the end just to keep you honest. The snow was amazing, and it was the first time I ever had a mandatory drop on any run. 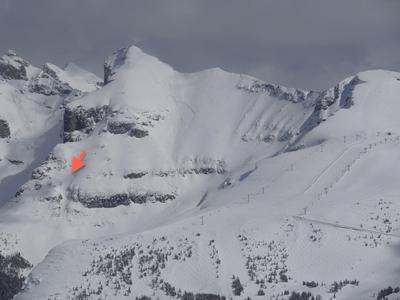 5 years later, I was a different snowboarder. I had a rebuilt ACL, was missing cartilage in my knee, and had SI joints that were constantly dislocating. I was not into riding hard packed snow and there for I was no longer competing with snowboard cross although the technique and skills that I learnt from training for snowboard cross were always on my mind. I had spent a couple years building my strength back and was finally really charging runs like I used to. It was around this time that my sister met her soon to be husband Jason. At the time we did not know it, but Jason and I were going to become regular riding partners. Not long after this, my dad developed cancer and I feel like it was meant to be that Jason and I met and became good riding partners around this time. We went snowboarding at Kickinghorse Mountain Resort and I think we were both surprised at each others riding ability. One of the nights out in the cabin near Golden BC, he asked me if I had ever been down Delirium Dive. I told him about my experience 5 years prior and he said that we will be going to sunshine soon so that he can take me through his route in Dive. Later that winter we did exactly that. He took me to an entrance called Bre X where Dive is its steepest. 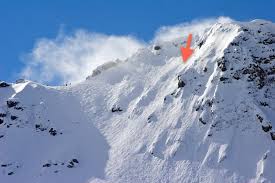 I was in heaven! We stood on top of Lookout Mountain and took in the views. To the south you can see Mt Assiniboine and all around us is 360 degrees of mountains at 9000 vertical ft. 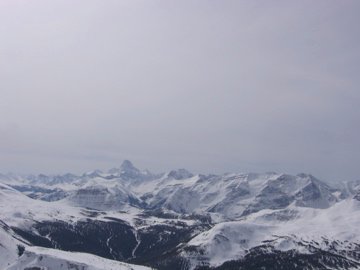 The run was steep, lots of rocks to launch off and a good long descent. Since that day, Jason and I have been through Dive countless times. Another couple photos of Dive from above and below. 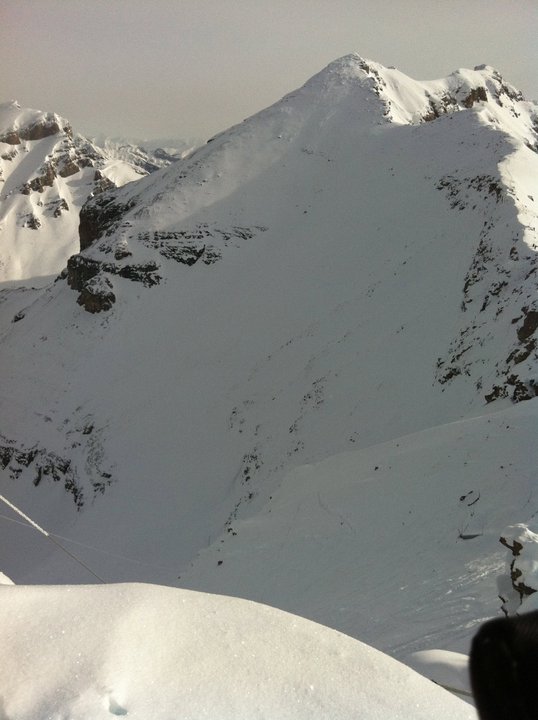 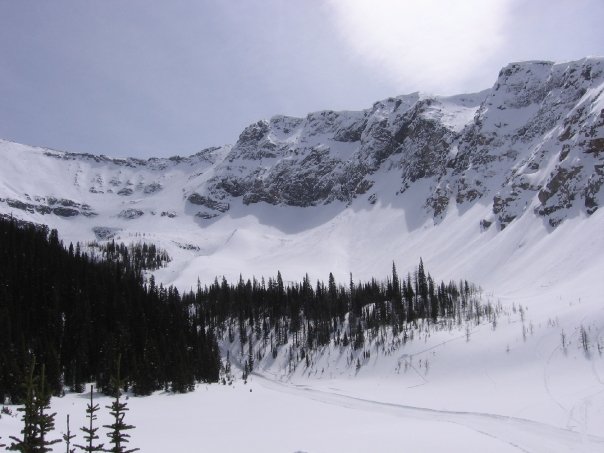 Not long after, he took me to a run called Wild West. Wild West is a bit different than what I am used to. If you take the wrong route, you can get into some big trouble. This is one of the routes through. 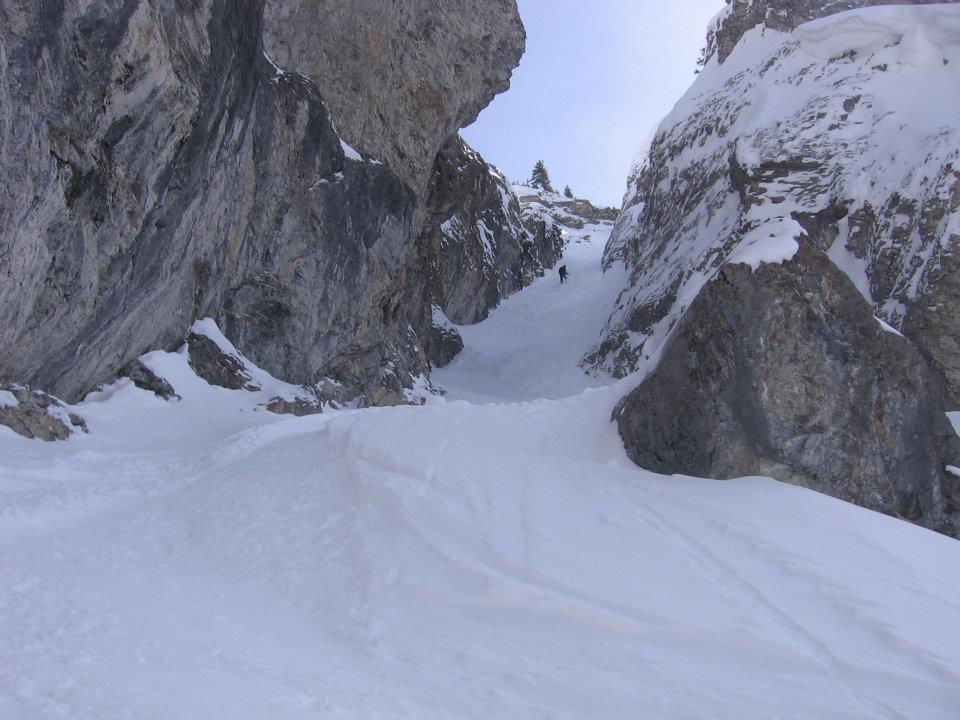 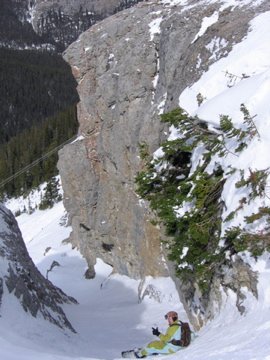 Unofficially, if you do Delirium Dive followed by Wild West it is called a super lap. But some of us locals have been trying to change that to Dive gone Wild - it just sounds less lame.

I am now 27 years old. I have been lapping Dive gone Wild for years and I now follow my dream of being a big mountain snowboarder every winter. All of the laps through Dive and West have trained me for everything else out there. The days with tons of snow have taught me patience with the snow conditions, and have taught me how to ride steep big mountain terrain in deep snow.. and wow, is it ever amazing when you are lucky enough to hit deep snow on a really steep run. The days with less snow strengthen you, and teach you the more technical skills of how to use terrain the help control your speed and how to really dig in mentally and physically. People often ask me why I spend so many days paying to go to Sunshine Village and that is simply because they don't know about the hidden gems up there. They tell me "It's so flat at Sunshine Village" or "There are no long consistent runs at Sunshine Village" and my response is "Try renting some avalanche gear, and arrange for a tour through Delirium Dive and Wild West, you will be amazed." Here is a video where I had my gorpo aimed a little too far down, but it gives you an idea of what I do on my days off.