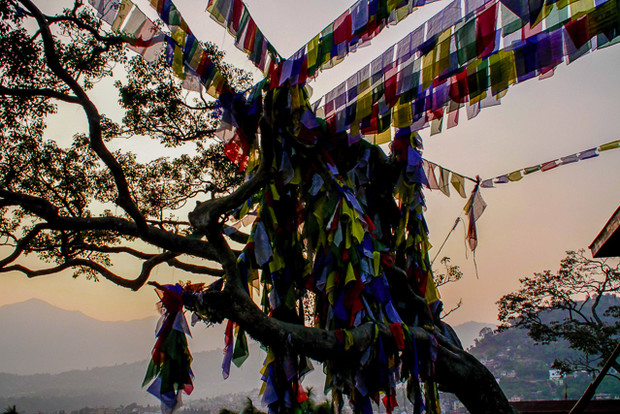 Nepal, seated in the Himalayas, is a hotbed not only for mountaineering and hiking, but also seismic activity. Sarah Li photo.

For many, the country of Nepal is known primarily for its access to the top of the world. Situated in the Himalayan mountain range, the country is home to a rich cultural and mountaineering history; however, there is a dark side to the natural beauty. Mountains are built through years and years of shifting Earthen plates- while this creates incredible mountain ranges like the Himalayas, this shifting ultimately led to two immensely catastrophic earthquakes in the region last spring.

Julie Cornelius, a cycling trainer and nutrition specialist from Phoenix, Arizona, was planning a personal mountain biking trip to Nepal at the time of the earthquakes. Driven to help with the rebuilding efforts, she eventually created Endure Nepal, an all-women mountain biking team that will help to raise earthquake awareness by shooting a film and building a self-sustaining greenhouse in Kyanjin Gomba, one of the most intensely-affected villages. TGR took the opportunity to speak with Julie and learn more about the Endure Nepal project:

To someone who’s never heard of it, what is Endure Nepal? 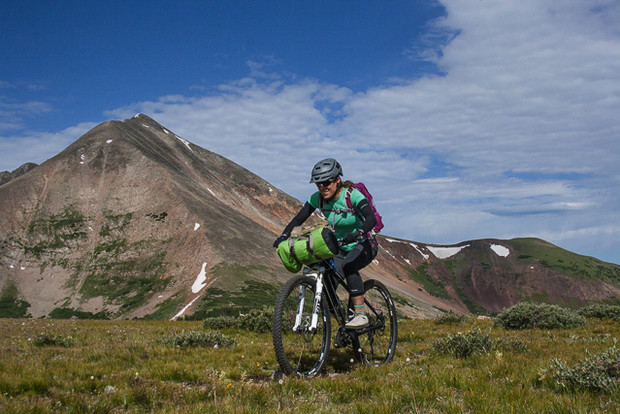 Julie Cornelius, one of the founders of the Endure Nepal project, has an extensive history of mountain biking and bike-packing, which shaped her desire to work in Nepal. Julie Cornelius photo.

So the project is a group of female mountain bikers traveling to Nepal to rebuild after the earthquake. That’s the short of it, but there are so many different facets. There’s a project to help inspire sustainable tourism in Nepal and there’s a project to draw attention to the continued need for help to rebuild after the earthquake. For me, the icing on the cake is that it’s a group of women, so we’re looking to inspire women to get out and do that kind of activity.

Why Nepal specifically? Why not somewhere else? 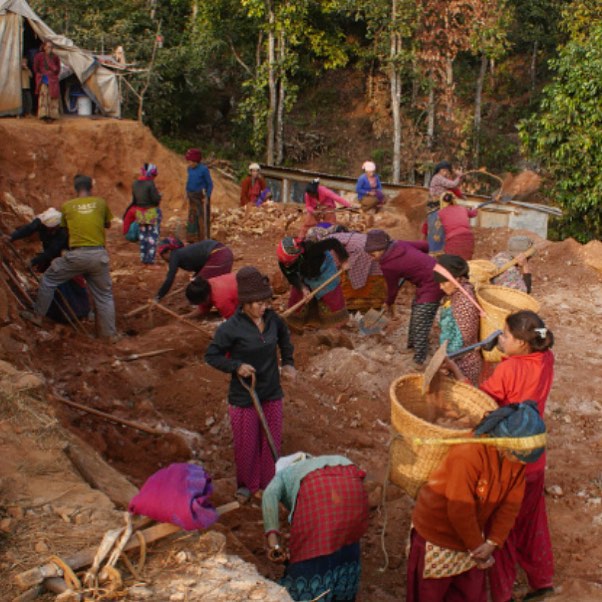 Women from Dhola, Nepal work to clear land for building foundations following the earthquakes in the spring of 2015. Endure Nepal photo.

I was inspired to go there through a friend, and so many people I know have gone there and had amazing experiences. I had been planning to go this past fall before the earthquakes, and once the earthquakes happened, I just wanted to get over there to help.

What changed it from a casual trip to a cause? 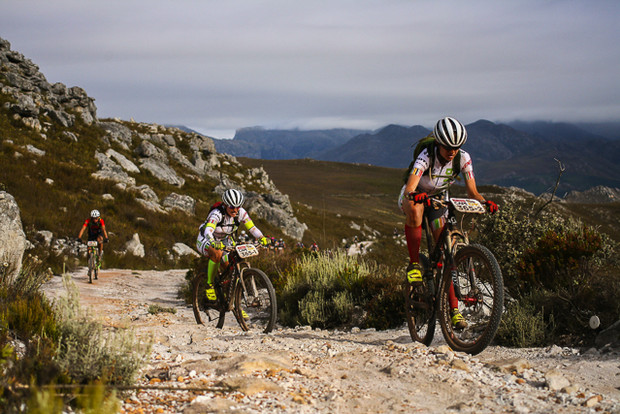 Melissa Ross, one of the Endure Nepal riders, is a Wyoming native who switched from running to cycling in 2004. Her passion has carried her through multiple grueling competitions. Julie Cornelius photo.

I was looking for a place to stay (for my originally-planned trip) and mentioned that I wanted to help, and friends told me about all of these different projects to help rebuild some of the mountain villages. I was planning on taking my bike because I mountain bike, so I was thinking I could take my bike and bike to these remote villages and help. My friend Hillary Oliver was talking about how few women’s adventure films there are; she wrote an article and that was the inspiration to film the journey and effort to help.

I Met Sarah [Li, Endure Nepal's director] in Yosemite on top of Half Dome – I didn’t realize the connection until the next day when Sarah told me that she was a filmmaker, and I gave her my idea and we’ve been working together ever since. 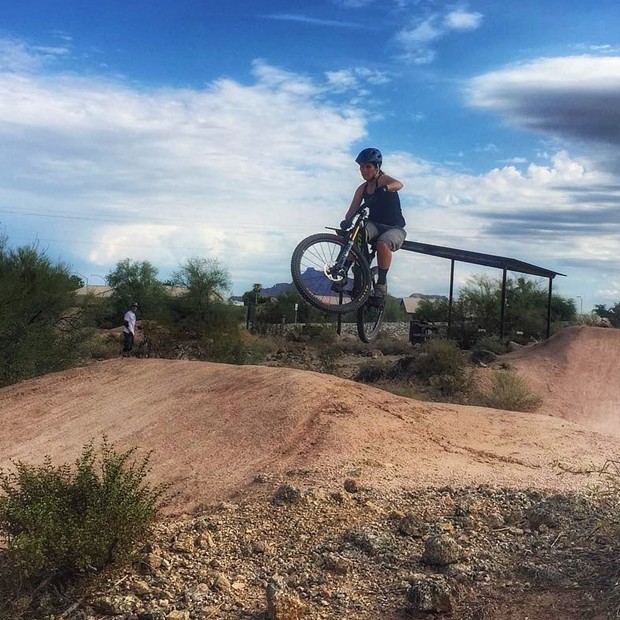 Regina Jefferies, an Endure Nepal rider, was first a professional soccer player before taking on a law degree with an interest in human rights. Jefferies dropped her law career to wrench at an Arizona bike shop and her passion for human rights helped drive her towards the Endure Nepal project. Endure Nepal photo.

Not on this level! I've done a lot of traveling and mountain biking around the world, but this is the first time I’ve done any sort of film.

What has been the most difficult part of the preparation? 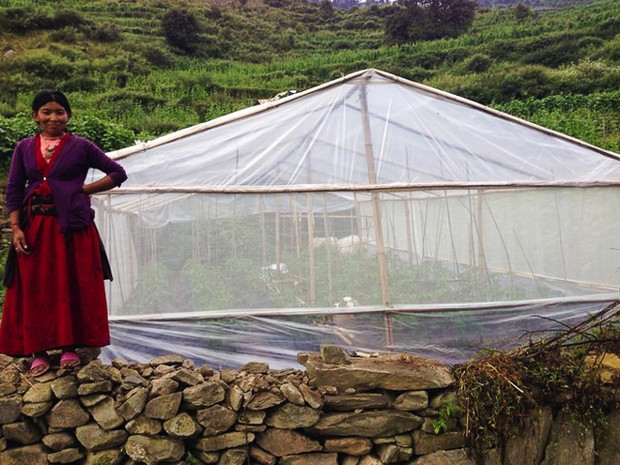 A Nepali woman stands in front of a greenhouse much like the one that the Endure Nepal crew will construct in Kyanjin Gomba. Julie Cornelius photo.

That’s a really good question. The most difficult part has just been the funding. We’re running the Kickstarter and we were hoping for sponsorship from the mountain bike and film industries, but didn’t quite get the money we were hoping for. So now we’re running the Kickstarter to help cover our expenses – we’re trying to raise $65,000 which would cover travel, the production costs to actually make the film, and then it also includes the cost for when we’re in the village we’re traveling to.

We’re planning on building a greenhouse as a self-sustaining project to help improve things. The village is really excited of have this project that allows them to not only keep their nutrition but also to sell what they grow and hopefully build more greenhouses. For the area that we’re going to, because it’s so high in elevation, we’re going to build a stone greenhouse.

At lower elevations, we’ll make bamboo greenhouses. Up high, the bamboo wouldn’t withstand the weather, so the stone would be a better choice for durability.

What do you anticipate being the most challenging element once you're in Nepal? 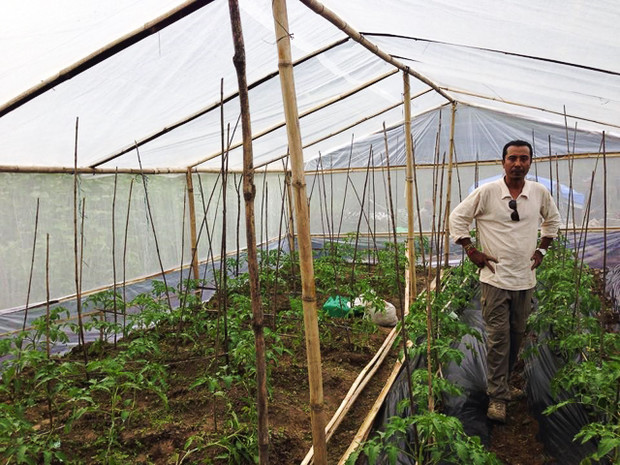 Nelson Shrestha works with Seeds of Life Nepal, a non-profit that helps build environmentally-friendly and sustainable infrastructure, such as greenhouses.

One of the reasons we picked this area is because it was so intensely affected–so many areas were affected that it was difficult to choose–and this area is accessible by bikes, so logistically it made sense.

What advice would you give to women trying to change the world? 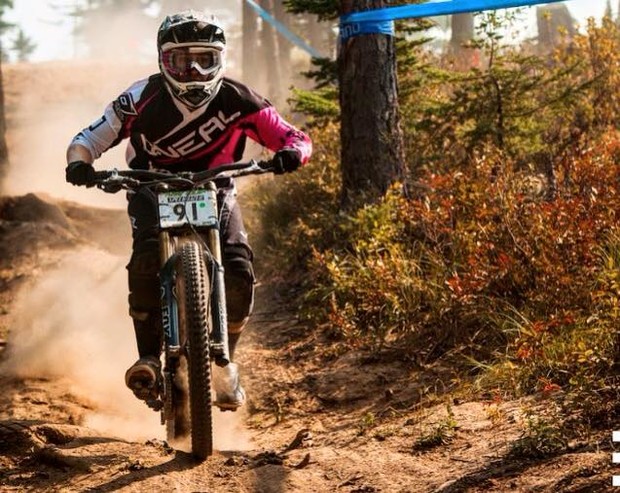 Endure Nepal rider Kjersti Christensen works for Outdoor Research and is a competitive mountain biker. Her passion for the project came from her background in Sustainable Development Studies. Endure Nepal photo.

I think my advice is just to do it. Don’t be afraid to try. Put yourself out there – I mean, it can be scary at times, but you’re never going to accomplish anything until you at least try and take those initial steps. It’s a lot of work sometimes and setbacks, but nothing that’s good ever comes easy. It always takes some work.

What advice would you give to women preparing an international journey of their own? 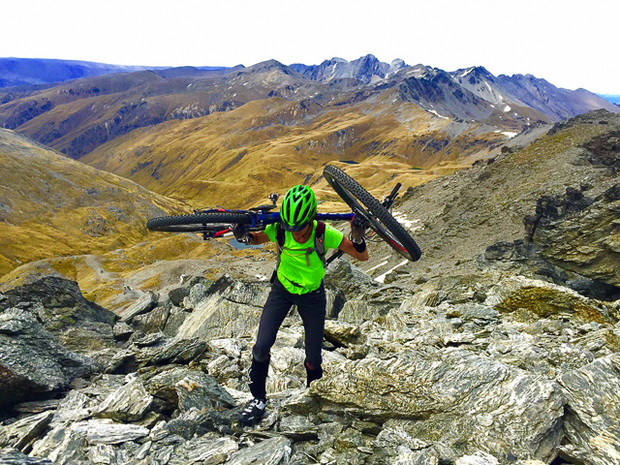 Tricia Davis, another Endure Nepal rider, is a co-founder of a nutrition/coaching business with Cornelius, and currently lives the adventure life in a van with her husband. Julie Cornelius photo.

Potential sponsors and a lot of people have asked us questions about safety for women traveling on their own. I took off this past fall and traveled around the world as a solo female, and everyone gets a little nervous when they hear that you’re doing that. With the film, we’ve actually gotten questions from potential sponsors, like “What precautions are you taking?” And you definitely have to be aware of it – on a cultural level in the US, we’re used to women doing things on their own. So it’s being culturally aware of how women are viewed in different areas and thinking about how that relates to safety and how you present yourself. It’s something we’re aware of going to Nepal – it’s a different country. We will have some other people traveling with us as our local contacts, but we’re going to be respectful about how women are viewed as a part of their culture. We know that as women, we might be viewed a bit differently. 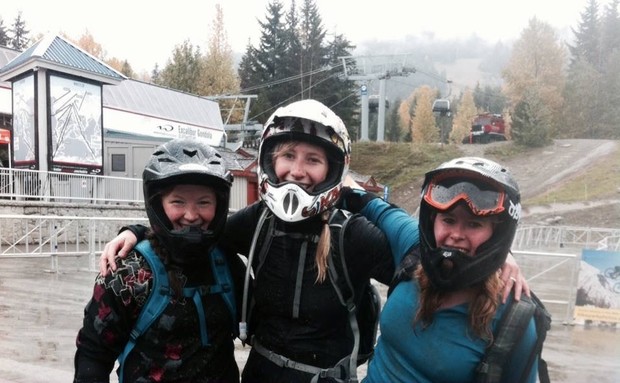 Carolyn Wells (center) is a documentary filmmaker based out of Whistler, British Columbia. She will not only bike with the Endure Nepal crew, but also work on the filming side of the venture. Endure Nepal photo.