Far Out Places: The Purcell Mountains and British Columbia

In Canada, pilgrimages to backcountry huts are a fairly common pastime during the wintertime. The idea is to use these little structures as a strategic basecamp for foot-powered missions and TGR is no stranger to the remarkable landscape of British Columbia. For this year’s Far Out segment in the Purcell Mountain range, which are home to both world-class heli-skiing and the resort Kicking Horse, we opted to do as the locals do with some Canadian-style hut accommodations.

In classic TGR style, we added our own twist to the experience. We ditched the huts for a spartan style of lodging: tents. Winter camping has both its benefits and drawbacks. Mobility was by far the biggest strength. With tents, we had the freedom and flexibility to go where we wanted, a huge benefit for tapping into the untouched terrain deep within the Purcells, in which the powder and pillows were plentiful. However, there were a few luxuries sacrificed in the tradeoff, the biggest being dry gear. The snow, while ample, was the heavy and really wet kind that sticks to everything in site and stays there. At the end of the day, everything was soaked: outerwear, goggles, gloves, even the camera equipment. And instead of drying out, it would all be frozen by the next morning. This presented a unique challenge for our production team, in which they had to mitigate fogged lenses on top of shooting the segment. No stranger to unexpected challenges that arise on these kinds of trips, we ultimately made the best of the situation and produced some solid content for the feature film.

Sage Cattabriga-Alosa, who joined Hadley Hammer, Nick Mcnutt, and Dane Tudor for the adventure was happy to recount what it was like snow camping in one BC’s most stunning mountain ranges. Here’s what he had to say: 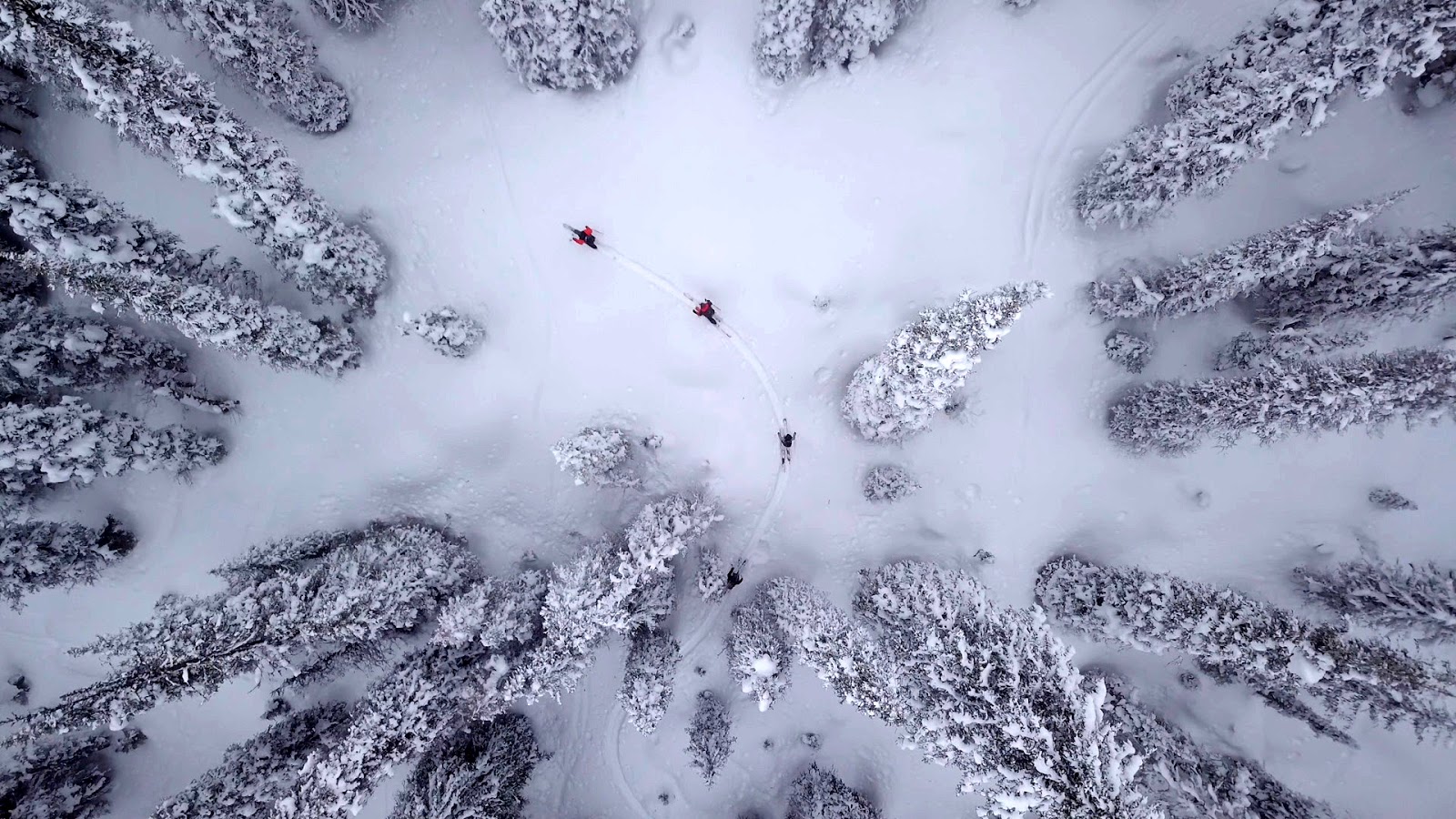 Touring the whole time while they were there, the team scored with lots snow.

How are acquainted are you with foot powered missions?

SCA: Before this I’ve done a few. Climbed and skied Denali, a few in [Grand Teton National Park], but I hadn’t really done a ton. So it was kind of new for me—and I really loved it. I spent my whole season, especially when I was home [in Bend], focused on touring, and we did some in Alaska with Griffin Post and Ian McIntosh. Pretty much my whole season was on foot and I really like the pace of it.

On top of this you guys chose to winter camp, how was that experience?

SCA: Well I forgot my tent. When I got up there I had this weird sense that I forgot something important. Luckily Dane lived nearby and was going home to grab something since we got a little delayed with the stormy conditions. He had an extra tent and it was fine, but not made for snow camping. Day one I thought to myself “what the f*** am I doing.” It was really cold and in BC it can be wet. Once I came to terms with the situation it got better. The camping was a little challenging since it was so wet but it was also awesome because we were able to be so productive.

You mentioned about the wet and cold?

SCA: I brought like 12 pairs of gloves. You would use a pair of gloves and they would never really dry out. So you'd just throw them in the corner of your tent to freeze. There was a lot of condensation management. Your outerwear would be frozen right when you put it on in the morning and eventually it’d soften up.

The biggest challenge was for the filmers. Camera equipment not drying out causes some significant problems. By the end, it got so bad that the guys would have to take off a lens, swing it through the air to clear the fog, and click it back into the camera to quickly try to get the shot. By the time you finished your run the camera would be fogged again. Goggles were the exact same way.

In what way did camping help with productivity?

SCA: For eight days of filming I felt like we did so much. I’ve had times on an eight-day trip where we got absolutely nothing. It was so helpful being based right in the zone and having everything so accessible. Usually, you’re up at 4 or 5, have to drive the snowmobile out, get the sled of the truck—there were all these steps that we eliminated by camping. By the time you’ve got to the zone, it’s 9 o'clock and you’ve spent three hours trying to get where you wanted to go. Whereas we would wake up at 6:30 and hang out. 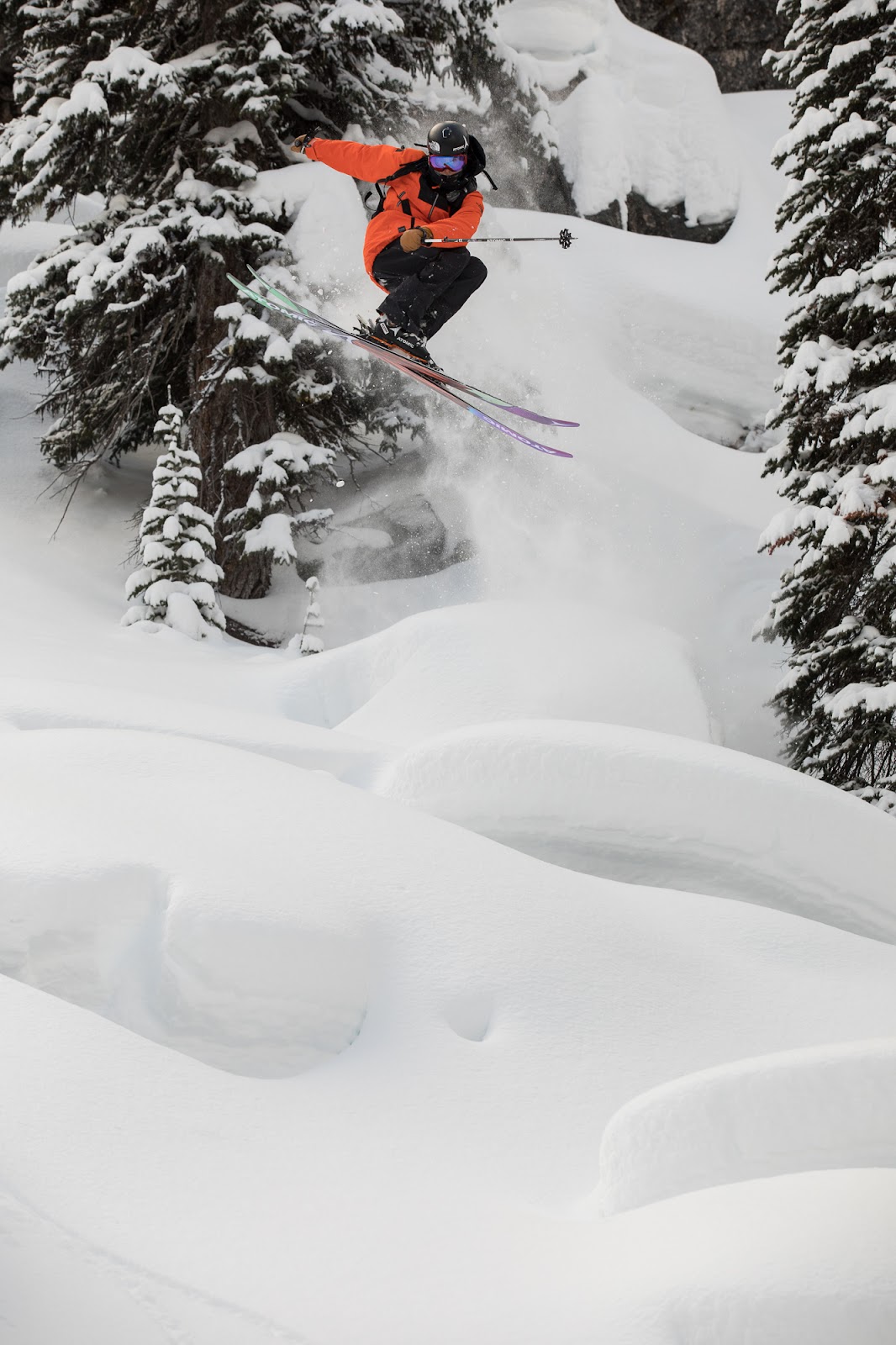 Nick McNutt quickly felt at ease in the Purcells, playfully using the terrain to his advantage. Chris Bezamat photo.

The conditions looked epic, but how was it really?

SCA: The idea of the trip was we were looking for pillows and powder. When we got there avy conditions were high, so it limited where we could go and what we could do. There’s really cool terrain out there, especially in the alpine above us. There was also a mix of sub-alpine stuff, and of course all kinds of pillows. What was really cool was there was lots of terrain above and below where we camped. We could basically just wake up in the morning and go right into these huge pillows lines.

Unfortunately, with how dangerous the avy conditions were we were forced to stick to small terrain that was manageable. I think the longest line we did was around 400 vertical feet. It was a restriction, but it also kept us focused which was cool. When there’s so much terrain around you can get lost trying to do too much in one day.

Being limited to just the pillow lines how did that push the team?

SCA: It forces you to be more creative. Perfect for a guy like McNutt, who can be so creative with so little. The whole time he was eyeballing all kinds of cool things. With pillow lines, there are all these little nuances when it comes to filming. To be able to be with the camera crew and easily dictate our lines made things so productive.

What made the Purcells particularly unique?

SCA: I had never been in that zone before. We were in this really cool drainage that was chock full of pillows—which a lot of BC is like that. I found it to be more remote than most places I’ve been up there. Stellar Heli has some cool terrain they can access and we weren’t that far from their base. I’d go back for sure and the whole benefit of our camp was that you weren’t locked to a location and go really go anywhere in a zone. 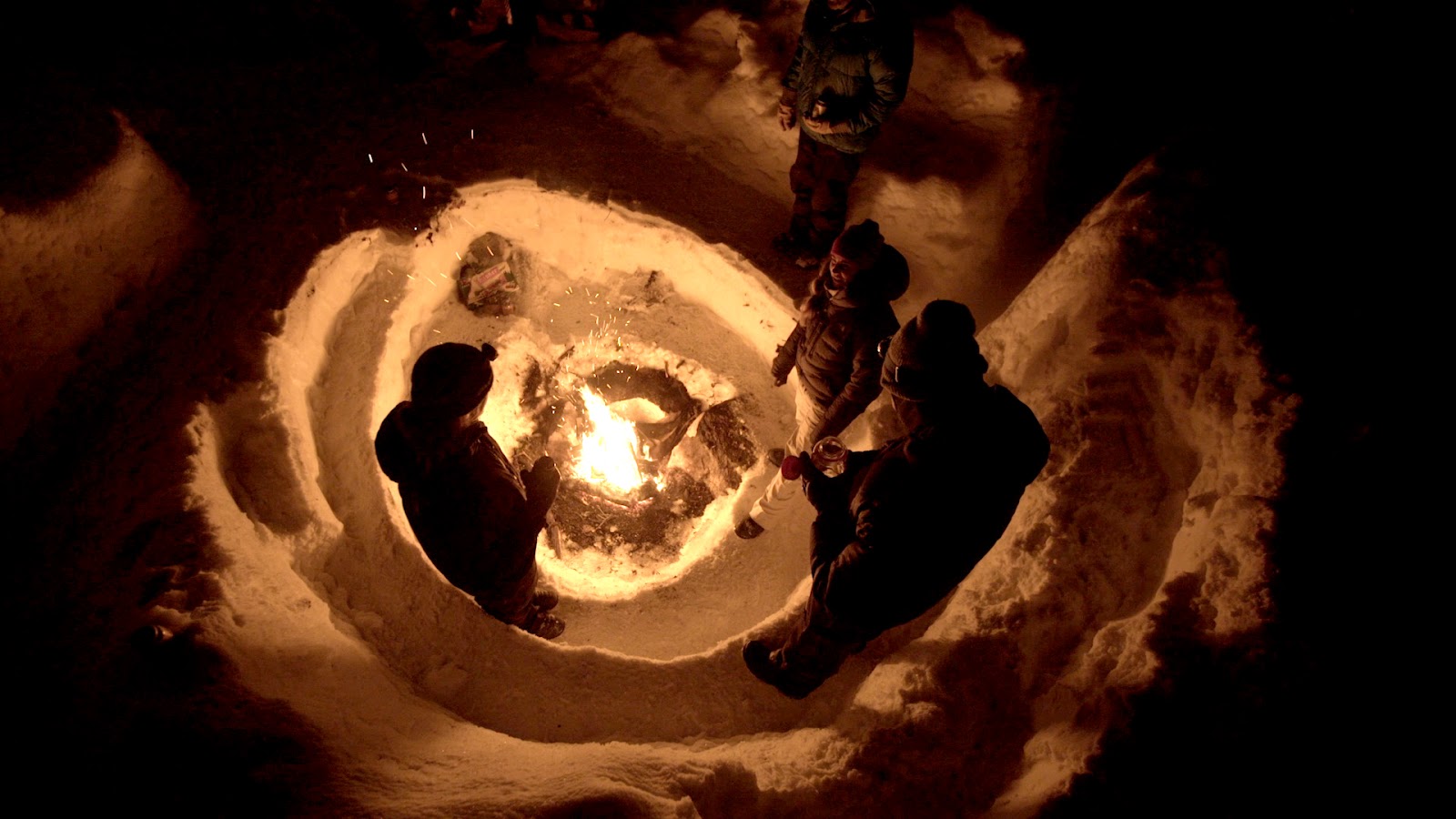 Basecamp felt at home with a solid crew, great food, and a roaring fire.

Looking back what was your favorite part of the trip?

SCA: I mean the skiing was great, but what makes a trip like this is the group you’re with. That was a big highlight, hanging with the crew and figuring out the little nuances of winter camping.

Oh, and we had really good food on the trip. The cook was amazing and when you’re out all day long it was such a game changer coming back to basecamp. We could have easily handled it all on our own, but it's just nice coming off of the mountain and not having to worry about it.