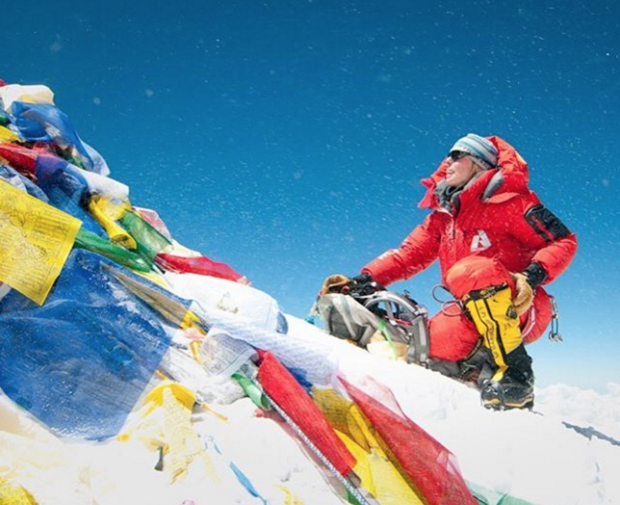 32-year-old Melissa Arnot has completed her sixth Everest summit, this time becoming the first American woman to do so without any supplemental oxygen. With this trip, she also breaks her own record for most completed summits by an American woman in history.

She is the first American woman to summit the massive 29,029-foot peak and survive the descent without any supplemental oxygen.

Reinhold Messner and Peter Habeler completed the first ascent of Everest without supplemental oxygen in 1978, putting rest to the myth that doing so was impossible. Only a few others have achieved such a feat—according to the Himalayan Database, only 193 out of 7,001 Everest summits share Arnot’s “no O’s” claim.

At 29,029 feet, Everest’s peak lies just over 3,000 feet above the death zone—the point at which the human body can no longer acclimatize to the thin atmosphere. The oxygen level in the Death Zone is one third of that at sea level, meaning that the body will use up its store of oxygen faster than breathing can replenish it.

In order to function at such a high elevation, most people need to use supplemental oxygen in order to maintain mental and motor skills, maintain circulation, and stay warm.

Summiting Everest without oxygen has ben a longtime goal for Arnot. She came close in 2013, but was too cold to proceed without supplemental oxygen after spending an hour assisting an unresponsive Sherpa at 27,900 feet, reports Outside. Arnot returned to the mountain for another “no O’s” climb in 2015, but the massive Nepal Earthquake ended the attempt.

In a press release from primary sponsor Eddie Bauer, Arnot said, “This has been an emotional journey, to say the least. Climbing Everest without supplemental oxygen has been a goal of mine for a long time. When you succeed at reaching your goal, it makes you reflect on the hard days, the work, and lessons I’ve learned along the way,” Arnot continued. “I’m incredibly fortunate to have had this experience.”