Continuing the 18 year legacy, Mountain Sports International (MSI) is thrilled to announce the 2015 Subaru Freeride Series (SFS) Overall Champions. Athletes accumulated points at each competition stop and scores from each rider were combined to determine the overall series champions. The Freeskiing World Tour Champions are Connery Lundin and Ashley Bembenek. The Masters of Snowboarding Champions are Jonathan Penfield and Audrey Hébert. 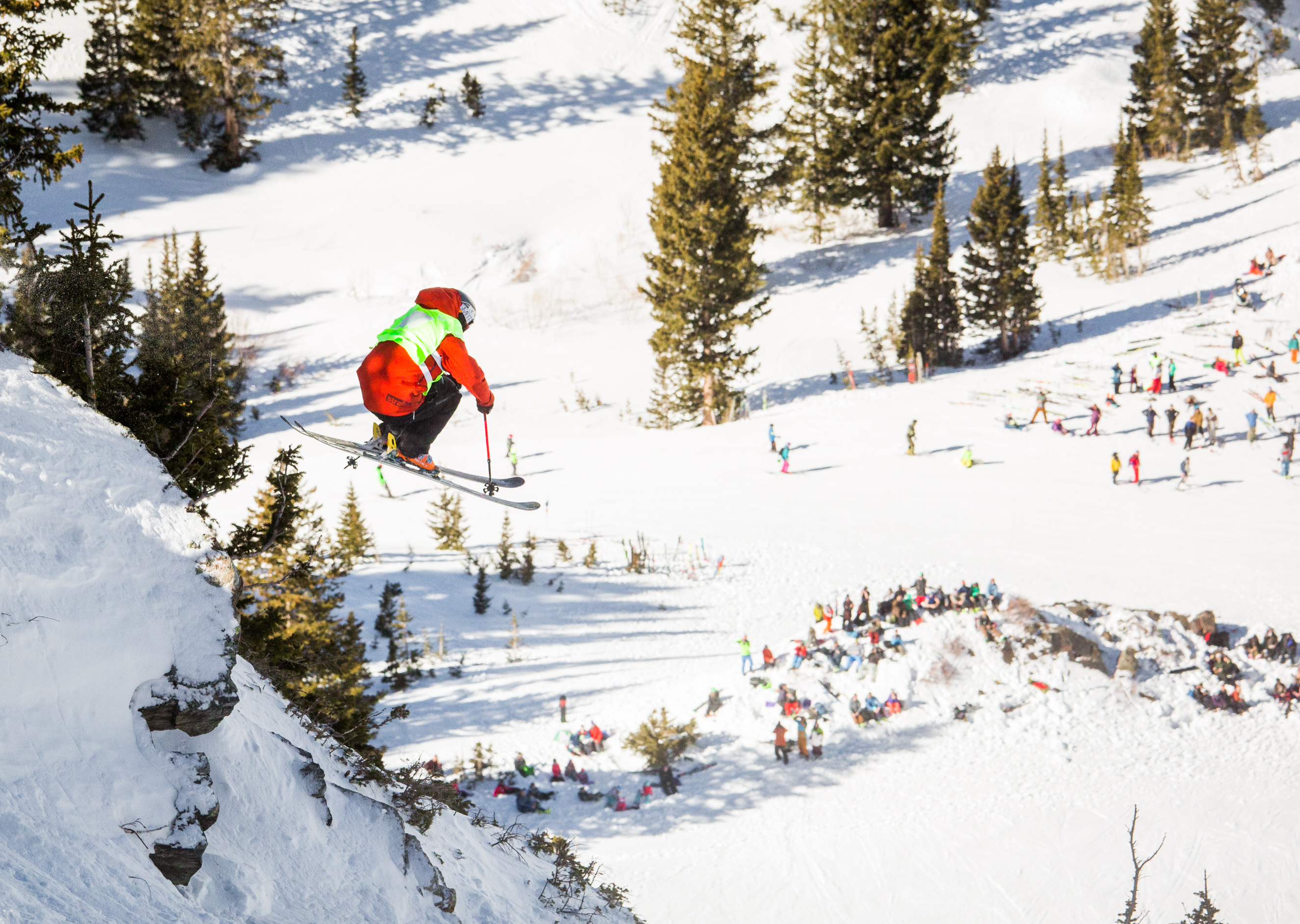 "I think the SFS is headed in exactly the right direction in relation to where big mountain competition skiing is going," Connery Lundin expressed. "After a successful season, I'm motivated to help continue to push this sport and broadcast to the world why we all love it so much!"

Each competition was showcased to a global audience via live webcast, broadcast on Universal Sports TV and covered by the industry's most prestigious outlets. Dedicated to athletes, quality, culture, competition, freeride history and sport progression, the Subaru Freeride Series hosted two highly successful competitions at Snowbird, UT and Telluride, CO. Challenging snow conditions at ski resorts across the western United States forced SFS to cancel the last two events, which led event organizers to crown the 2015 overall champions after the first two competitions. 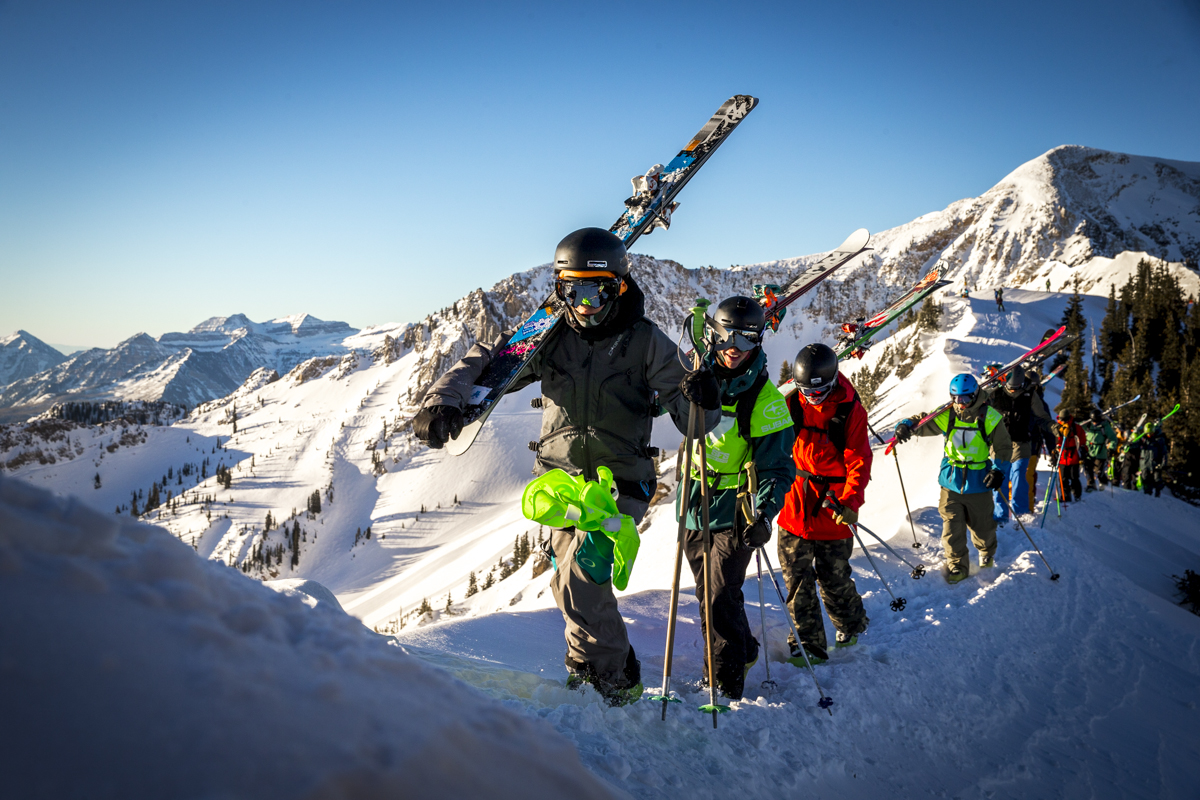 Competitors hiking to the top of the venue. Sean Ryan photo.

SFS is the pinnacle of freeride events in North America and the only open elite big mountain competition in the world. At each location, both ski and snowboard divisions for adult men and women were offered for the world's best athletes on the most respected mountains in North America. The event format incorporated three days of competition including a qualifier day with open registration, semi-finals and finals (plus a weather day). The coveted Backcountry.com Sickbird Award was also up for grabs at each location. 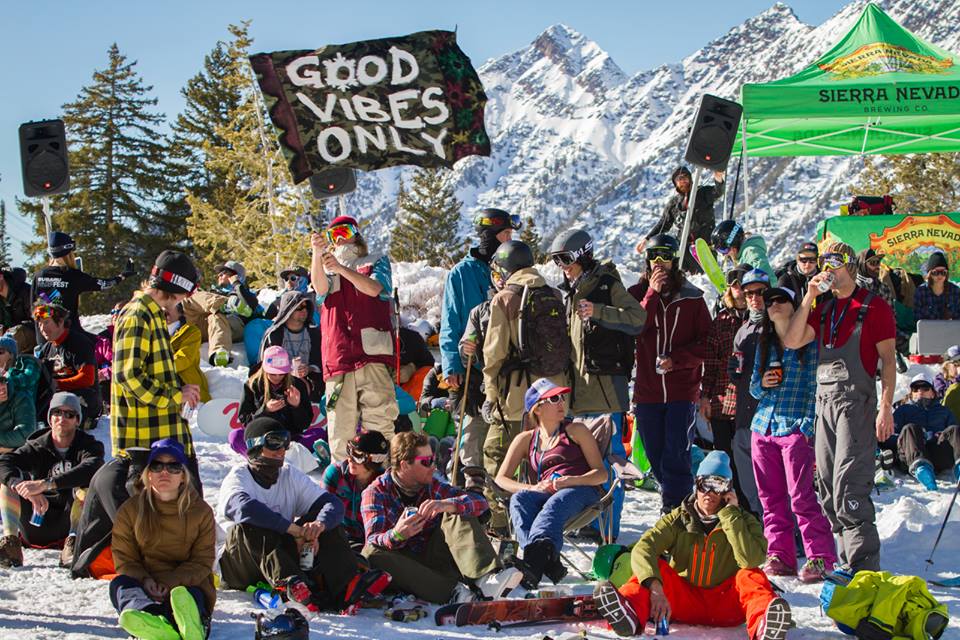 "The Subaru Freeride Series and MSI are deeply committed to producing the highest quality freeride competitions," explained MSI CEO/Co-Founder Adam Comey. "MSI was founded with a passion for the freeride community, its athletes, photographers, journalists, fans and the amazing big mountain terrain of resorts around the world, but specifically in North and South America. For more than 18 years, athletes aspiring to stake a claim in the ski industry have achieved success through competitions produced by MSI." 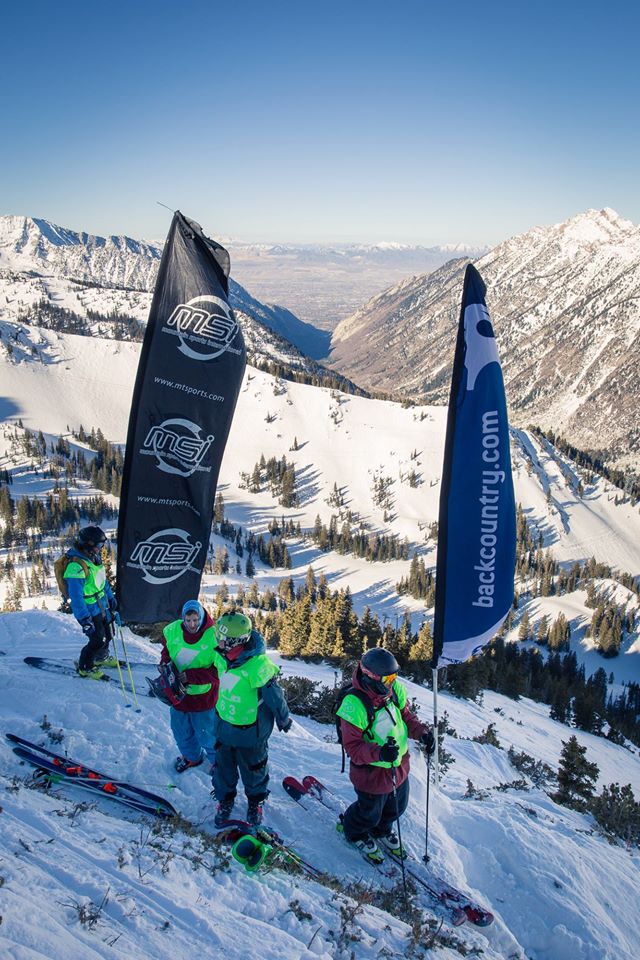 For the women's snowboard division, Canadian Audrey Hébert surpassed her competitors' combined season scores by 130 points. Despite a fall during the finals in Telluride, Hébert managed a top five finish. Snowbird is where it all came together for Audrey with smart, controlled and calculated riding to earn her first place.

"The Masters of Snowboarding was always the one prestigious contest that everyone seems to look up to. I always thought to win this title would be an ultimate reward," explained Hébert. 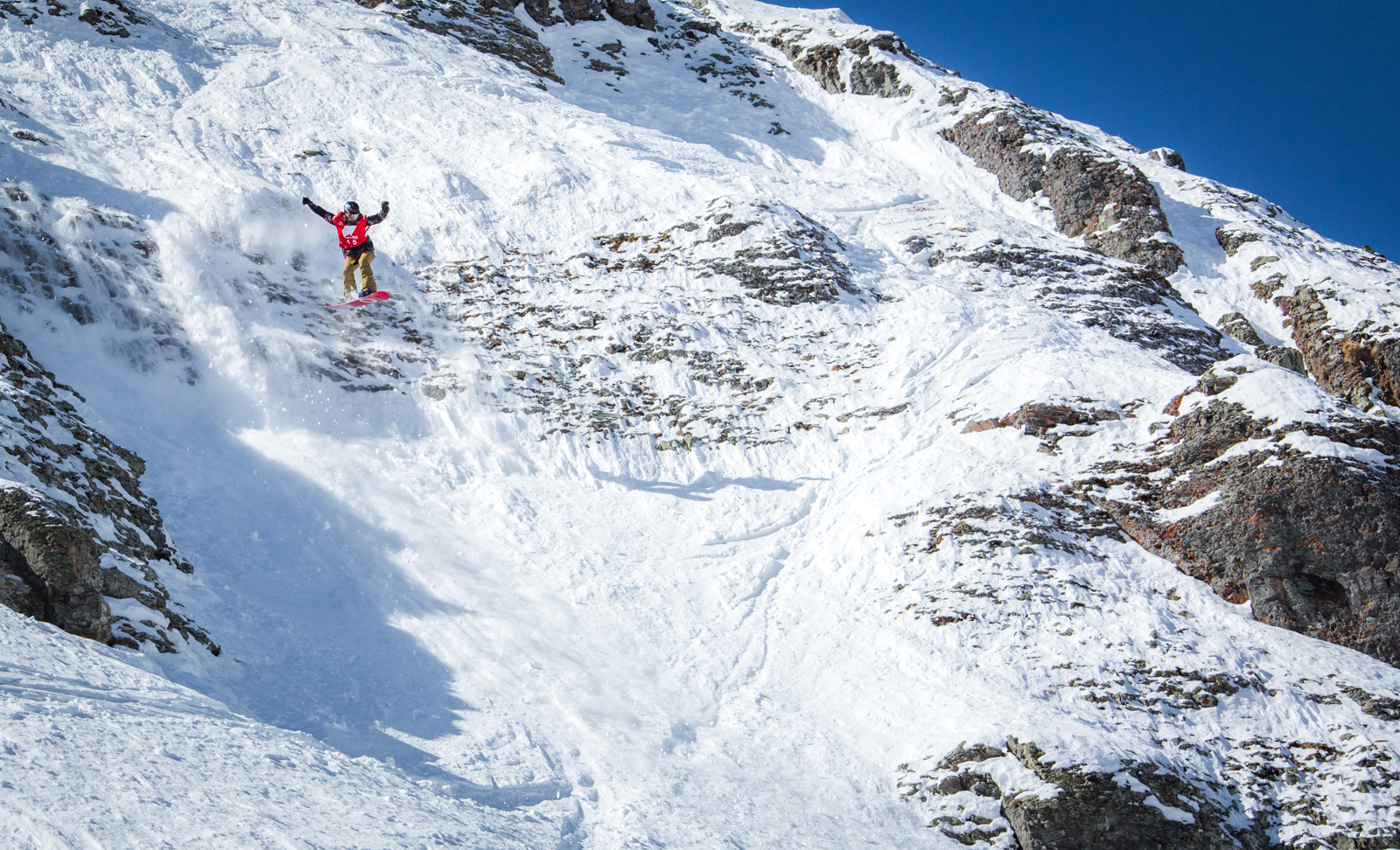 Ashley Bembenek from Crested Butte, CO edged out her competition to claim the overall women's Freeskiing World Tour title. Bembenek continues to build on years of competitive experience to consistently deliver on game day. Ashley secured a top five finish in Telluride, but it was the first stop at Snowbird, UT where Ashley outshone the field. She put down two fast and solid runs, which resulted in her championship win.

"It took a lot of hard work to prepare for this season, and I am thrilled to have won against such a strong field of women," Bembenek remarked. "The SFS is an incredibly fun atmosphere to push your skiing or riding. The community provides a lot of inspiration and support."

Jonathan Penfield of Pemberton, BC has made his mark on men's snowboarding over the years as a competitor at every Masters of Snowboarding event since its inception in 2008. He dove into 2015 at Snowbird with a backside 360, then smoothly engineered his way into the lower amphitheater, setting himself up for a huge cliff stomp. At stop number two in Telluride, Penfield gained a huge lead on day one, and he followed up to secure a second first place finish on the final day of competition by riding a smart and technical line. Penfield applied the fundamentally sound approach he is known for to lock down back to back wins and the overall title.

"It's an honor to win the SFS overall title as these events attract some of North America's best freeriders while still giving first time competitors a shot at taking the win," said Penfield. 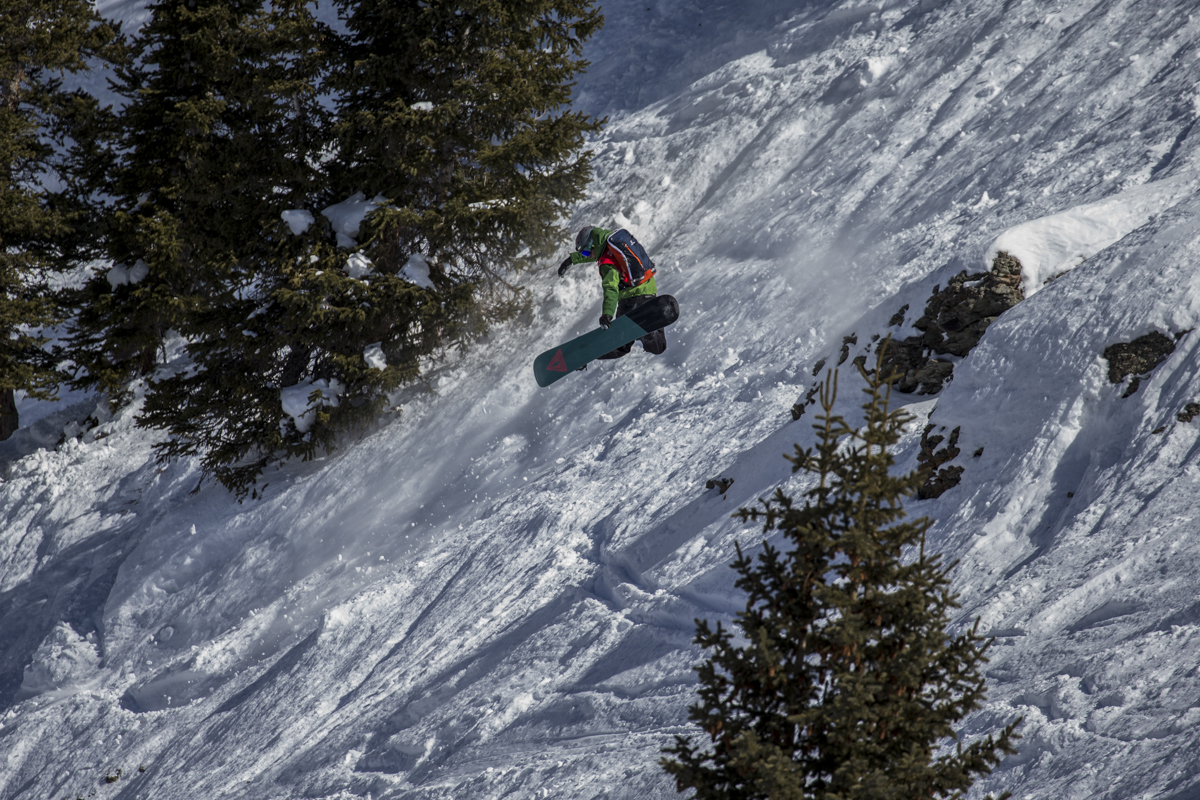 One of the women's finalists hammering a nice method. Jay Dash photo. 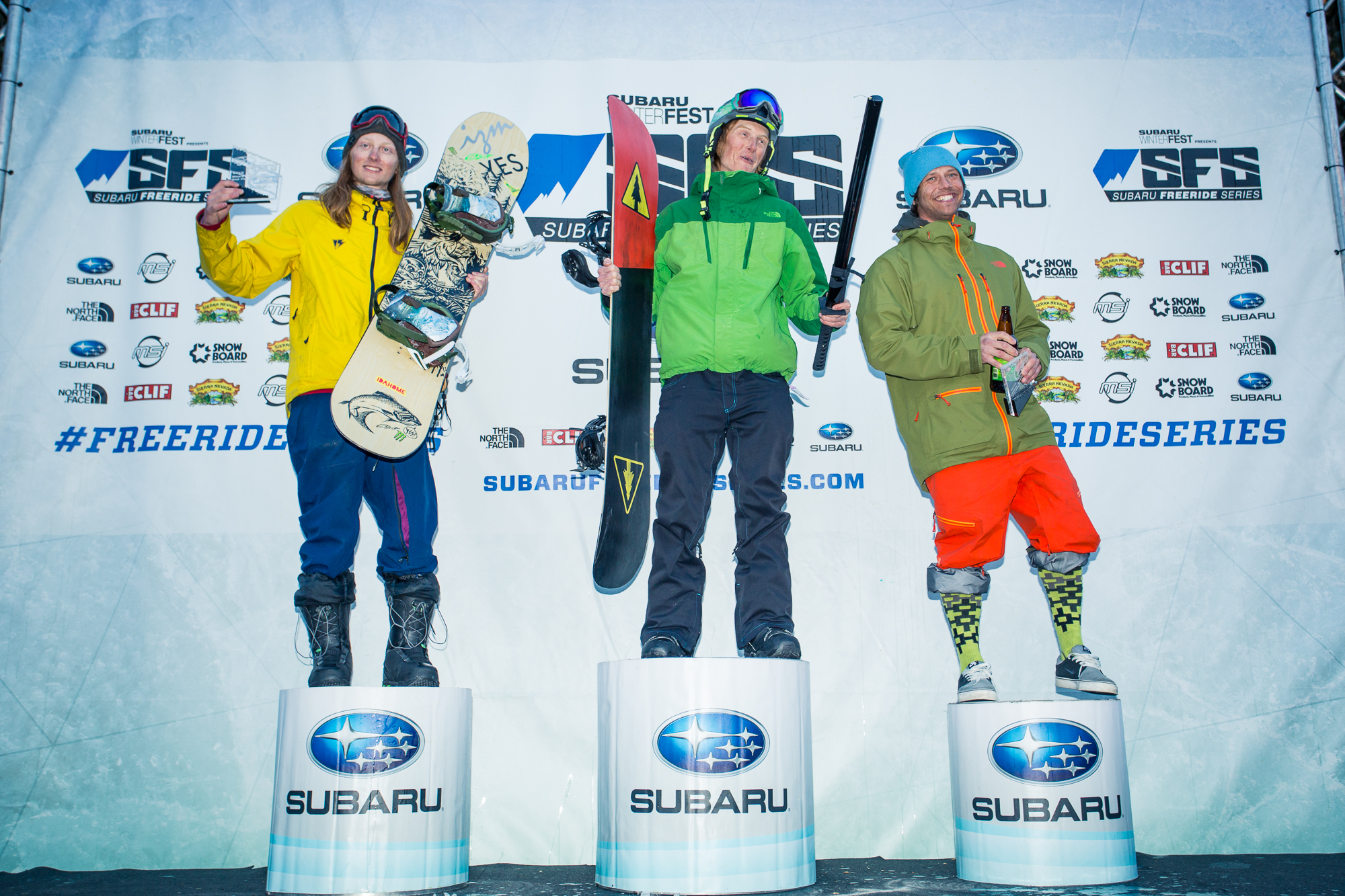 From Olympic Valley, CA, Connery Lundin, secured a well deserved championship title. At stop number one at Snowbird, UT, Lundin served up a solid right-side 360 into powerful turns and capped it off with a dynamic flat spin 360 japan. His nearly flawless run earned him the Backcountry.com Sickbird Award and fifth place. Lundin rode his momentum to stop number two in Telluride, CO by throwing several spins and flips to secure the day one lead by a large margin. On finals day, Lundin charged into the hanging snowfield of the Dihedral Face as one of the few riders to stomp the center cliff. Lundin claimed his first ever win at an SFS event and garnered the highest amount of points to secure the 2015 Freeskiing World Tour Champion title.

"Winning the overall title has been a main goal of mine since I began competing 4 years ago," expressed Lundin, "To finally conquer that goal is insanely gratifying!" 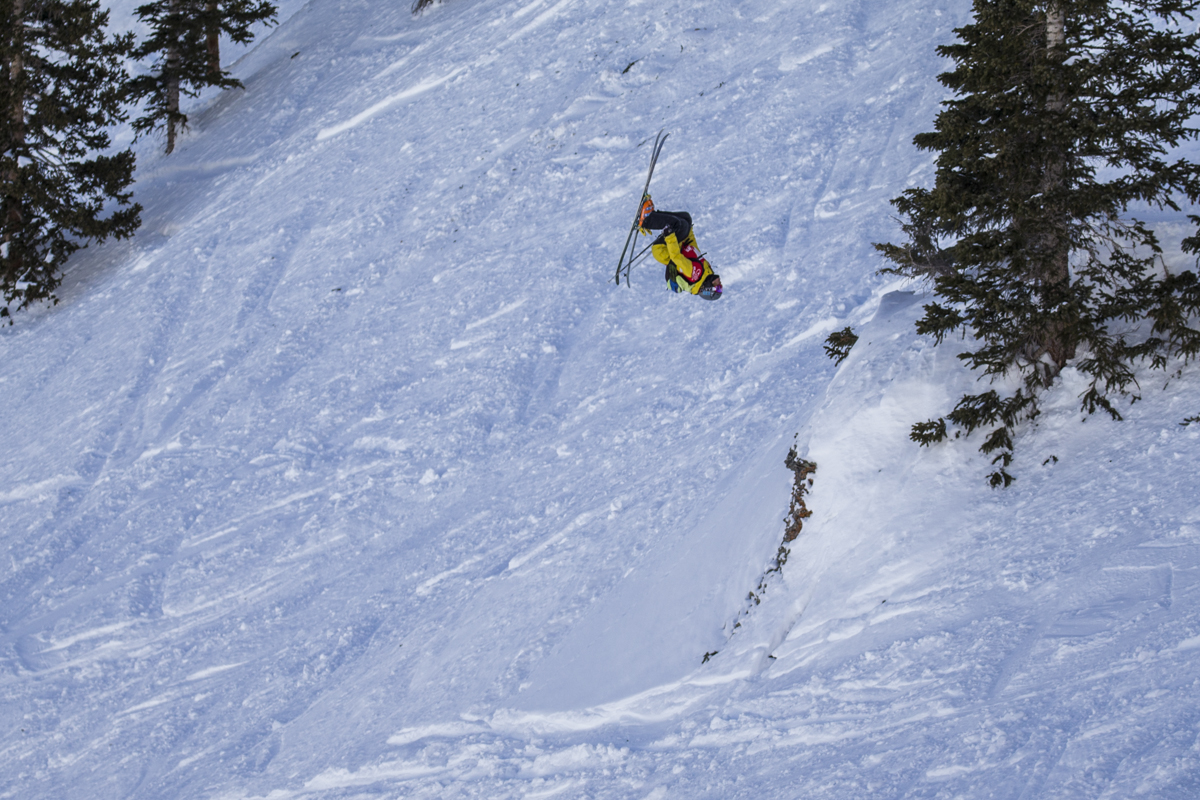 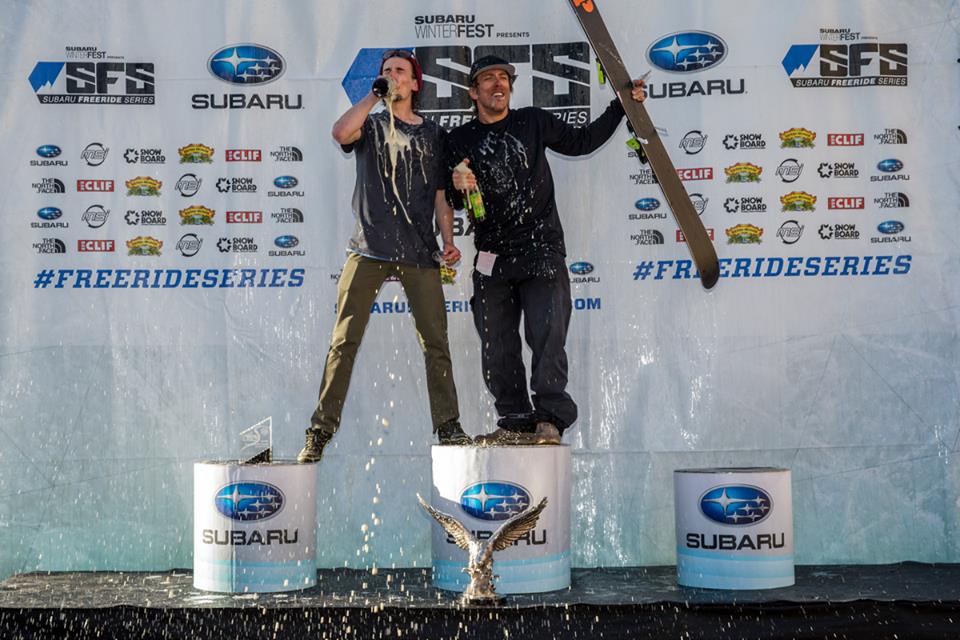 The Freeskiing World Tour (FWT) is the oldest competitive big mountain freeskiing tour in the history of the sport, producing the world's premier open big mountain skiing competitions at the most rugged mountains in North and South America. Founded in 1998, the FWT, created and produced by Mountain Sports International, Inc. (MSI), recently rounded out its 18th year. MSI also founded the Masters of Snowboarding in 2008, which was the first competitive snowboarding tour specifically tailored to pioneer the sport of Big Mountain Snowboarding.

The Freeride Series is a key activation of the Subaru WinterFest, which features sponsor expos, educational clinics, parties featuring bands at each location, good beer and local food at each location. An event in Chile next summer will kick off the 2016 season. Stay tuned for the announcement of the 2015-2016 Subaru Freeride Series competition schedule. 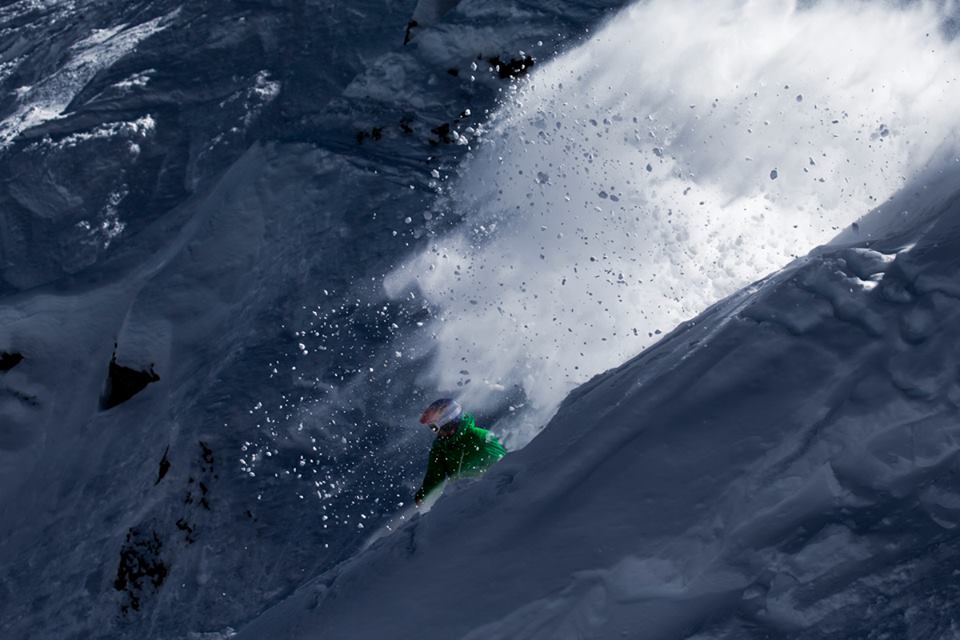 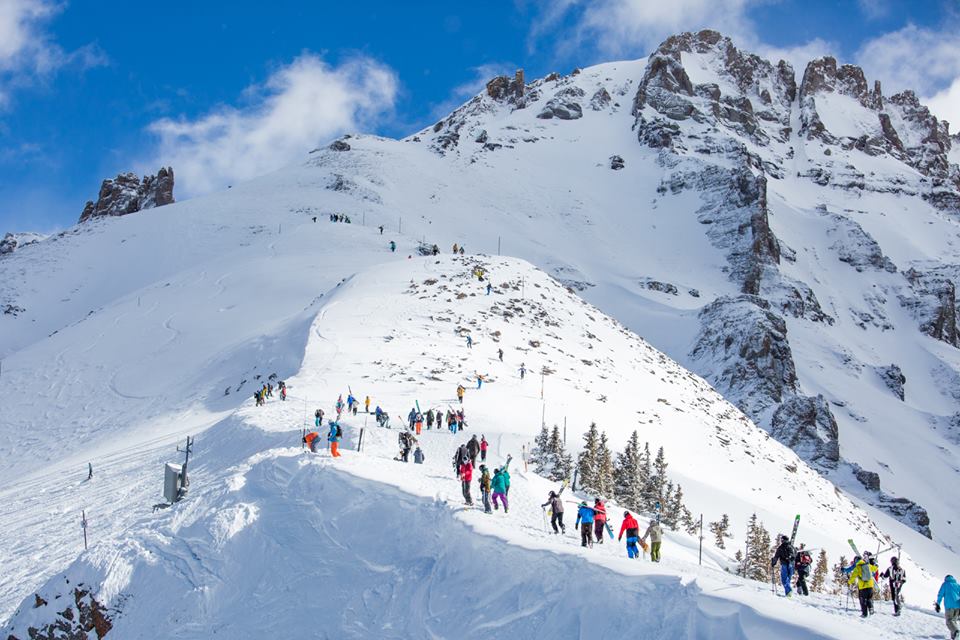