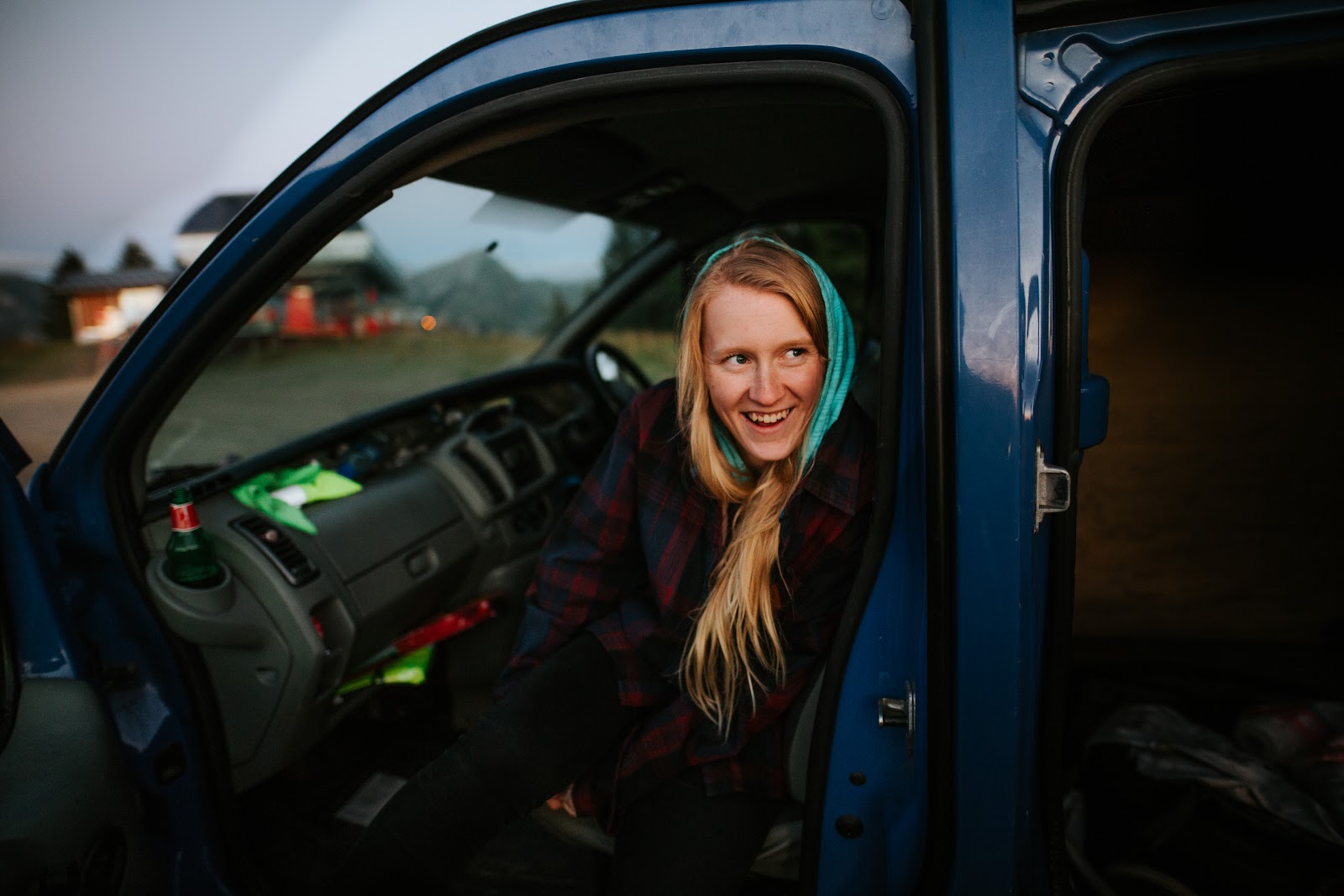 With the day unexpectedly off from work, Samantha Saskia Dugon decided to do something completely out of the norm for herself: watch a downhill mountain bike race.

Knowing next to nothing about the sport, she brought her camera along for fun and was intrigued watching the racers. It didn’t take long for her to recognize her creative potential behind the lens, and was hooked.

She never fathomed how much that initial race would pull her into the sport. A passion, that over the next six years, would have her traveling across Europe for races and events ranging from the UCI World Cup in Lourdes to the Women’s Bike Summit in Switzerland. Not just for kicks—but as a full-time action sports photographer.

While it appears that her journey as a mountain bike photographer began rather serendipitously, her talent and skill with a camera are what has led to her continued success. We sat down with the 23-year-old from South Wales to learn more about her story and the driving inspiration behind her work. 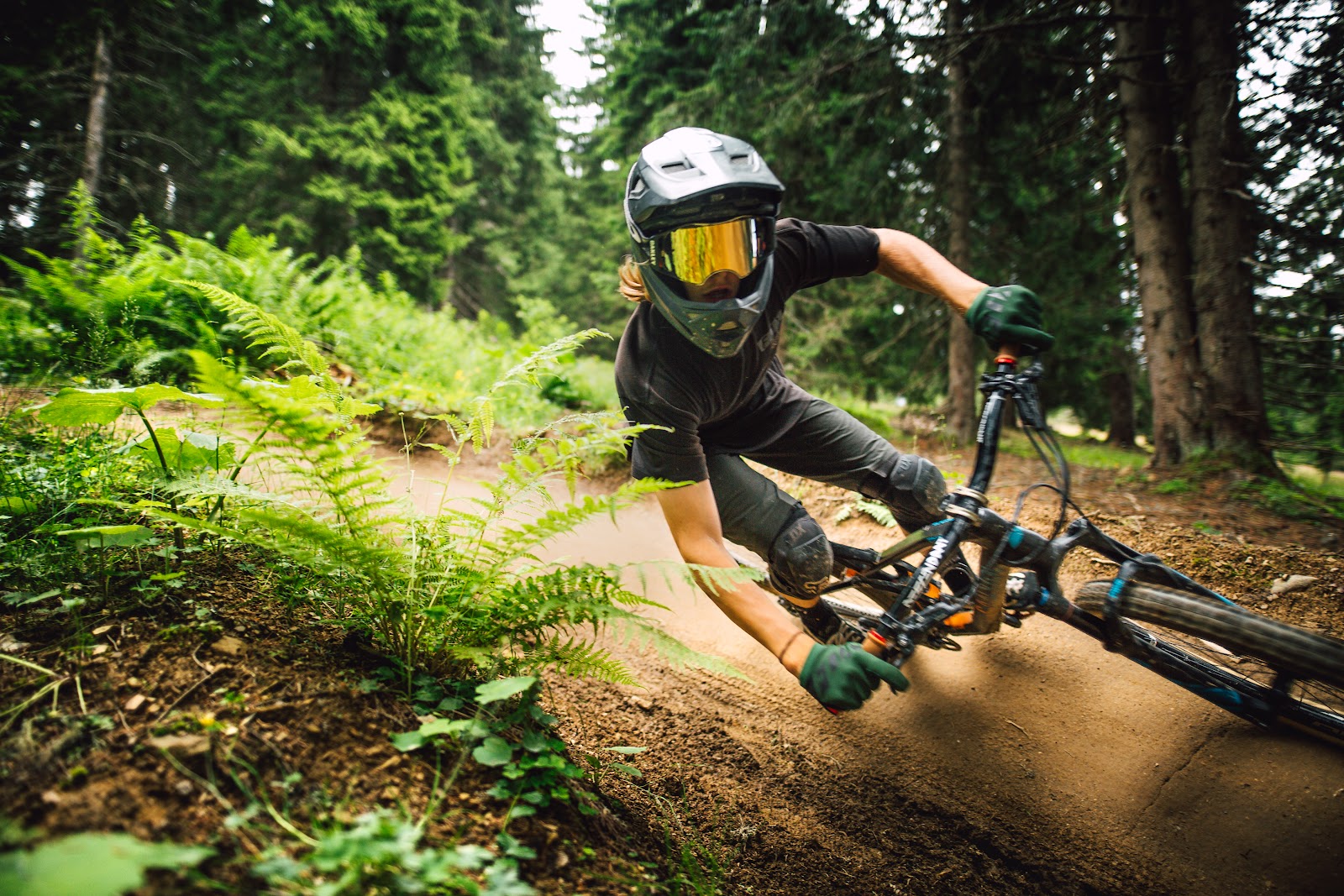 Throughout her life, Saskia has always had a camera in her hands. When she was 12, Saskia lost both her father and grandmother within a month of each other. Photography has been her way of staying connected with the ones she loves. Now, as a full-time photographer, she hopes to create images that hold just as much importance for her subjects. Samantha Saskia Dugon photo.

I heard you originally studied law, when did you make the switch to photography? How has that process been?

SSD: Yeah, in the UK with the education system, you tend to gravitate towards pursuing the things you do well in. For me that was law, so I did that in college and thrived. Had some amazing lecturers—we spent a lot of time studying human rights and I just loved it. However, when the reality set in that I’d have to have an office job, I just couldn’t do it. Luckily I’d kept shooting for fun throughout university.

In my third year at university, I got my first major photography job; a collaboration with Trek and Pinkbike to do a piece on Tracy Moseley and Katy Winton. From there it’s just gotten bigger and bigger. 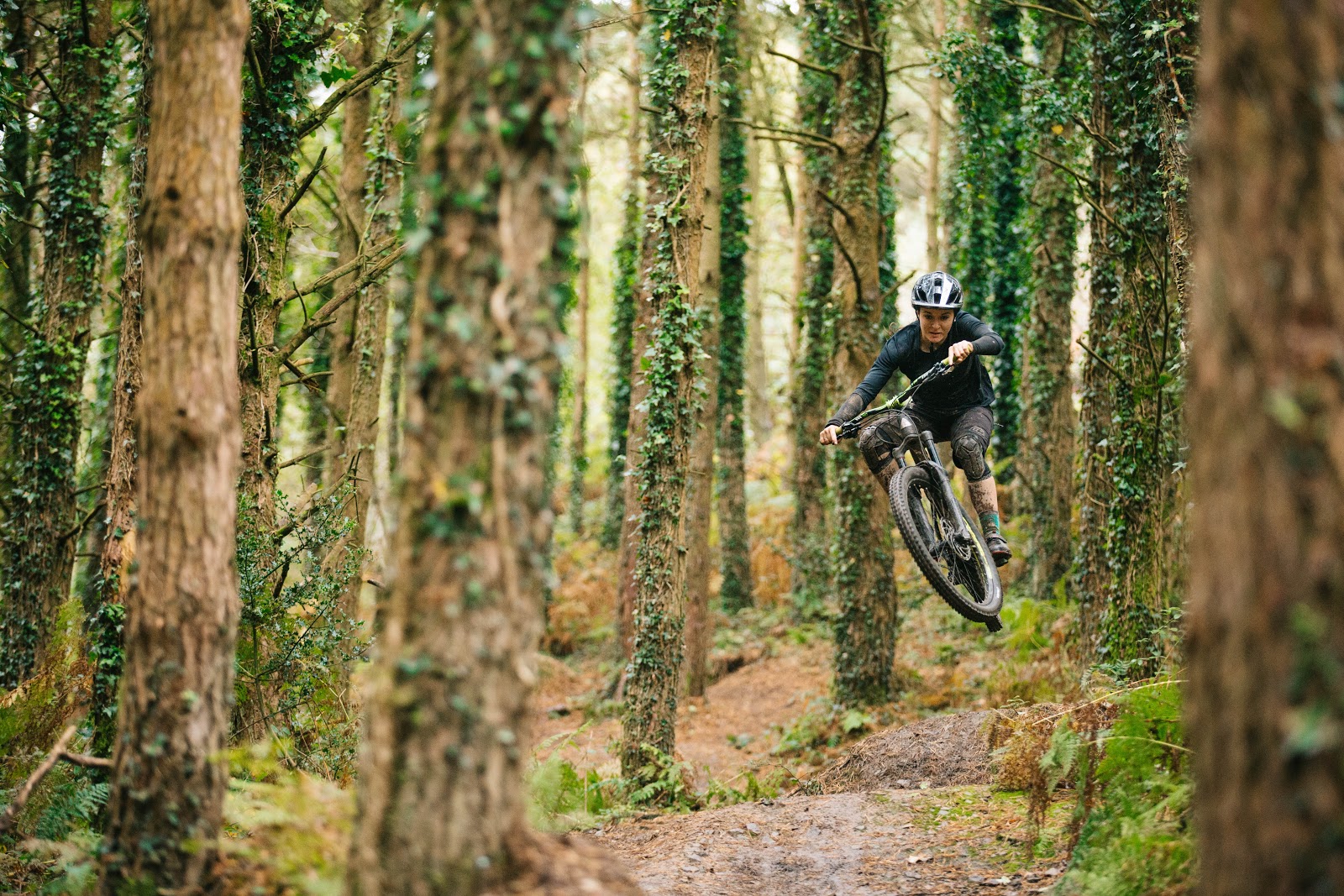 It’s the immense variety in this sport that gets Saskia excited. You have BMX, slopestyle, downhill racing, enduro, and her particular favorite: bike expeditions. Here Saskia captures Veronique Sandler as she catches air in Wales. Sandler and her brother Leo were featured by Saskia for a written piece in Sender Mag. Samantha Saskia Dugon photo.

So that first race you watched completely hooked you?

SSD: Yeah I just happened to go to the race with my boyfriend at the time. Never tried the sport—that was in 2012, and then I started photographing right after. Two years later I began racing.

We’ve got a mini downhill series here in the UK, I would go do my run and then hop off the bike and grab my camera. So I could photograph everyone else coming down the track, because I figured if I were going to be here for another two hours why not practice with the camera too. It got to the point where I’d go to races and I’d be like ‘I don’t know if I rather ride or shoot’, so I’d say the two passions perpetually fed each other. 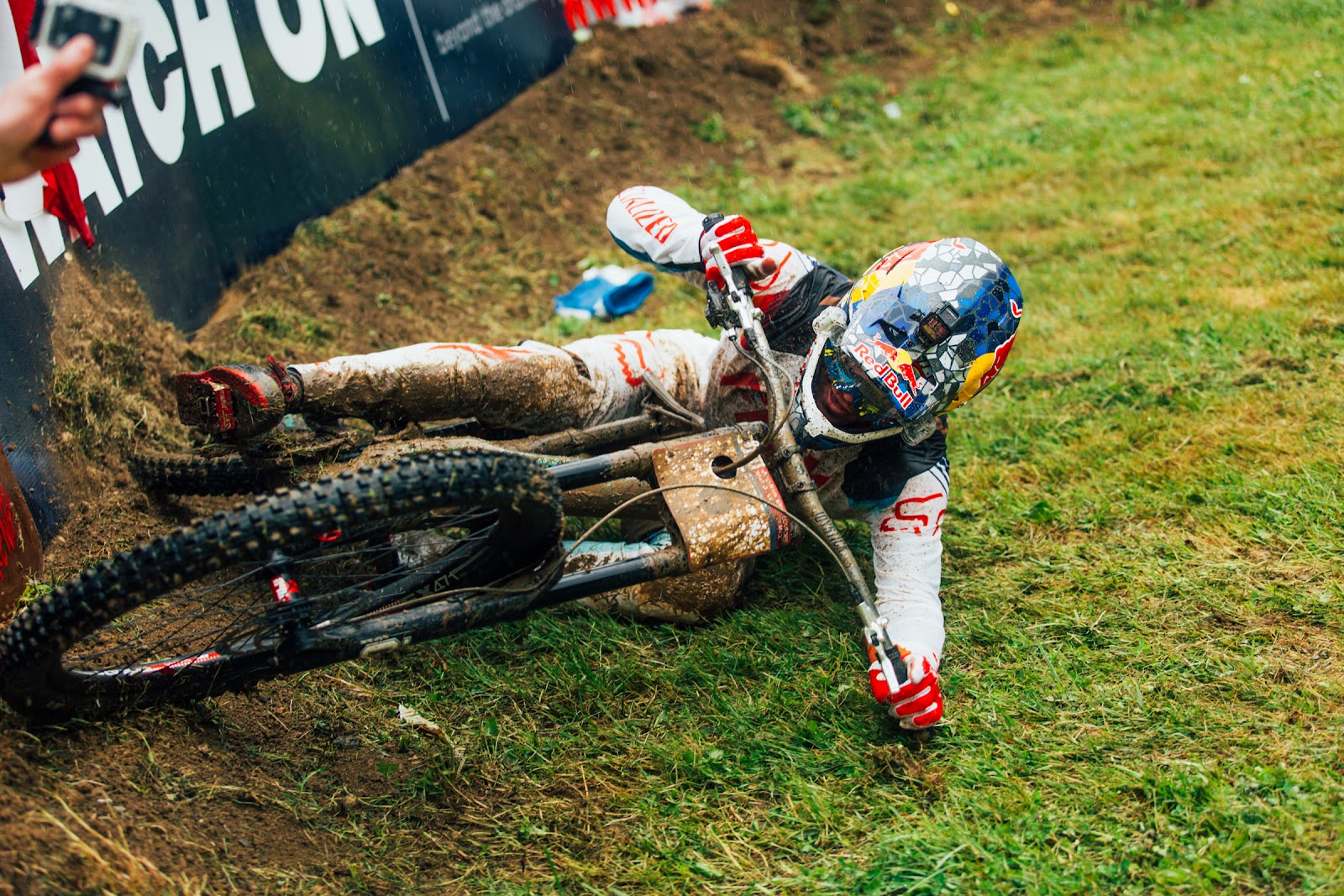 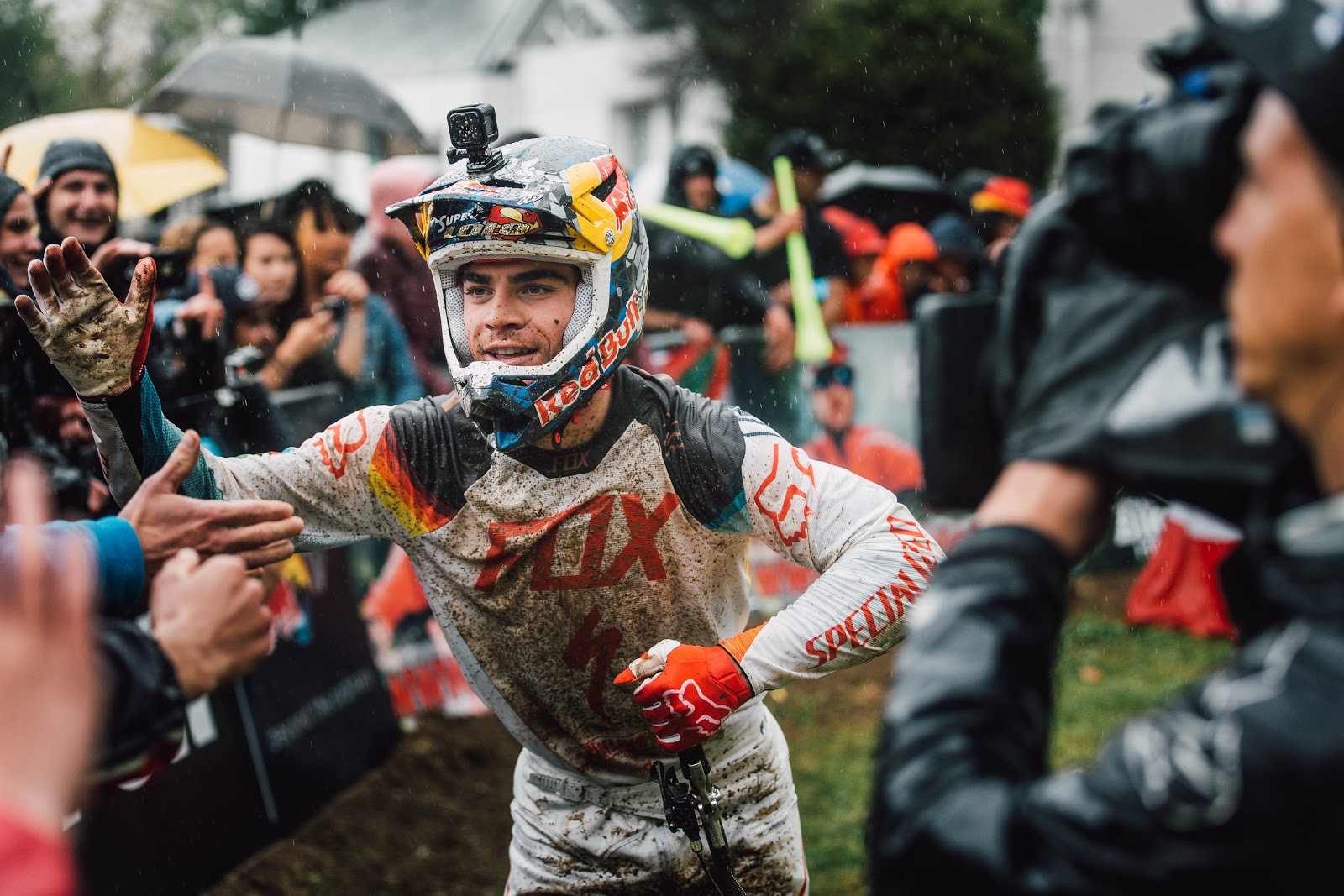 The Lourdes World Cup was one of the most unique things for Saskia to shoot—not just for the riding—but because of the juxtaposition of the local culture and the event . An area particularly known for its iconic Catholic processions, Lourdes is also home to one of largest and rowdiest events for mountain biking. Samantha Saskia Dugon photo.

SSD: I did Lourdes last year for my first World Cup, which is honestly the best way to experience proper race photography. It’s fun because it’s so fast-paced. With this kind of shooting, you’re there completely in the moment. Which forces you to think and react quickly, whereas with adventure trips you can plan and choreograph the shots.

I personally prefer more of the adventure trips with biking, because when you’re not limited by the race tape there’s more room for creativity. 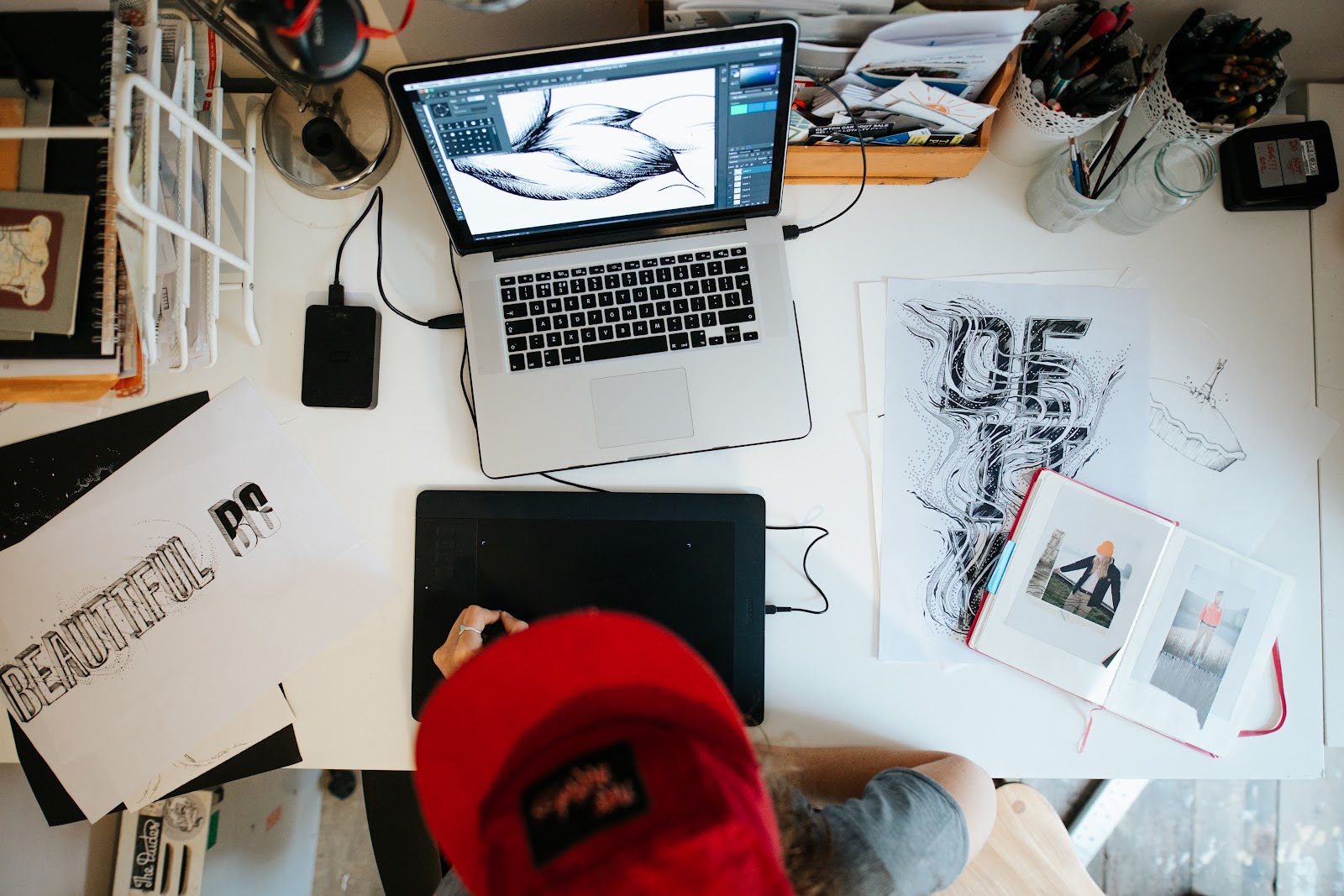 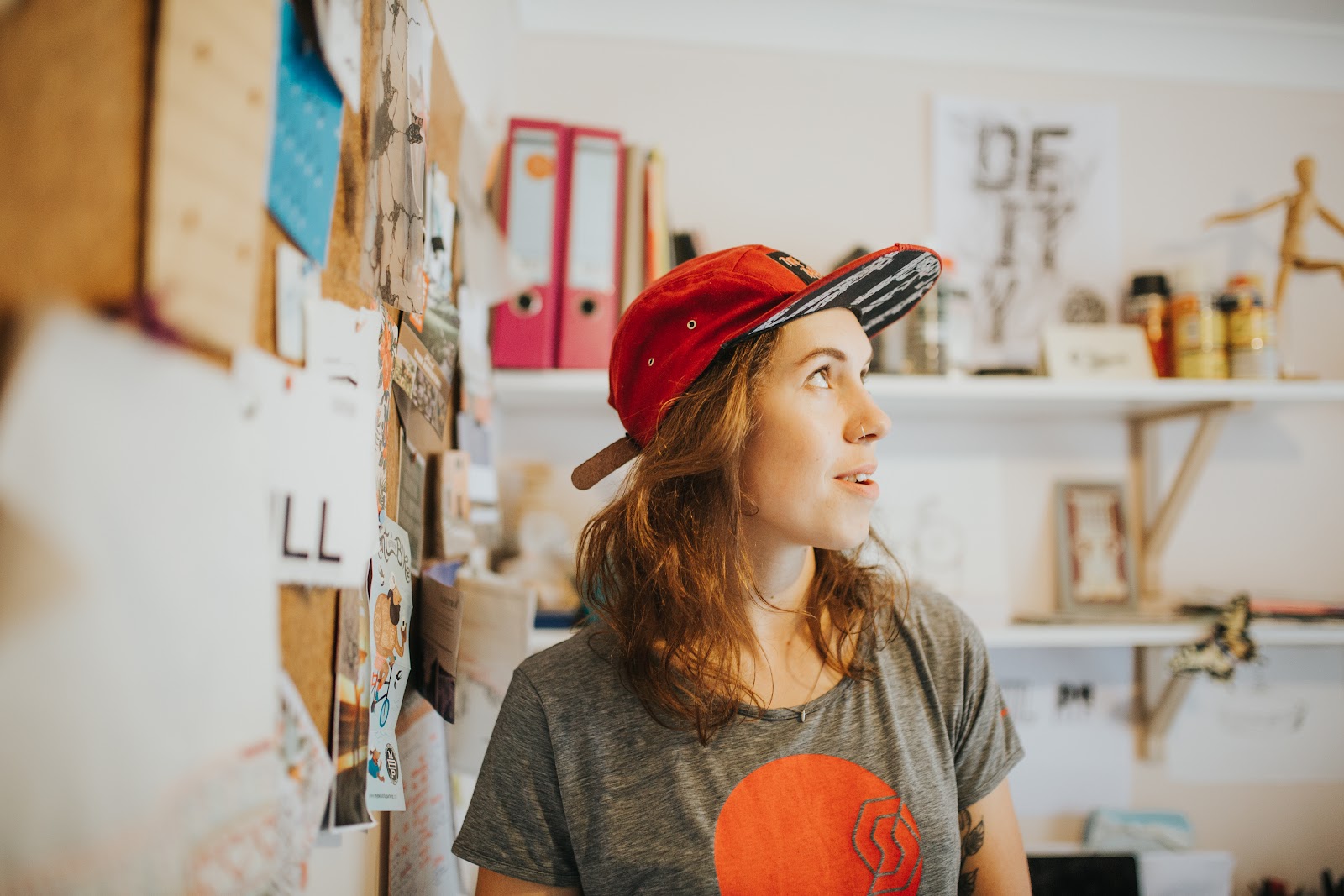 Sometimes the story is found off of the bike. Evident in this feature photographed for Shredder MTB Zine, which was focused on rider Monet Adams. Not only is Adams an accomplished downhill racer, but an extremely talented freelance designer and artist in the industry. Samantha Saskia Dugon photo.

You’re also a writer, how does that compliment your work as a photographer?

SSD: Originally my writing would consist of race reports for platforms like Pinkbike, but steadily I’ve started contributing for a variety of publications. Ollie—the founder of Sender Mag—gave me my first big opportunity to write a proper piece. The story was focused on this Aussie shredder, digger, and media lover Baxter Maiwald—who has insane style. Not only is he an incredible rider to photograph, but he’s got a great story as a trail builder and videographer.

It’s funny because when I first pitched the idea to Ollie I thought it would be a short Q&A, but he wanted me to write a full-length piece. He’s been a great guide and I hope to do more work of that nature. The joy of doing more in-depth writing versus the quick race reports is that you get to really dig into the character of the rider or the place they’re riding at. 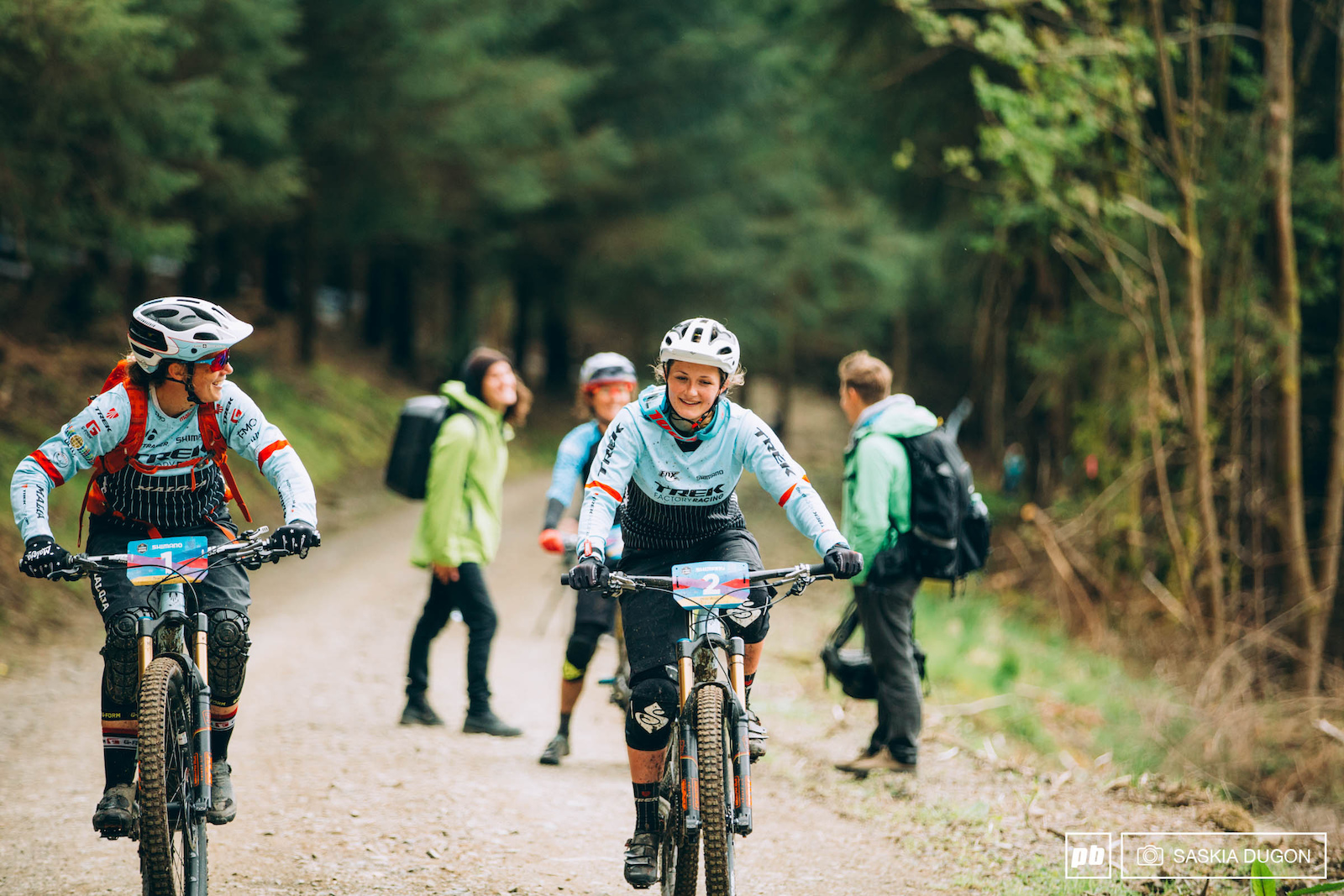 Through her own racing career, Tracy Moseley has become a mentor for upcoming racers like Katy Winton. Trek and Pinkbike wanted a female perspective like Saskia’s to document the close friendship between the two athletes. Samantha Saskia Dugon photo.

SSD: It would be nice to see more women shooting. Actually, I was photographing a race the other day and I saw this girl shooting and I couldn’t help but think, ‘wow there’s another woman!’ So when there’s another girl with me in the media pit, I have to say hi.

It’s a bit reflective of the community in the sport. For me when I started riding, if you saw another girl at the bike park it was always so startling. So rare, that you couldn’t help but think, ‘do I say hi?’ Now I’ll see 20 ladies out there and it’s so easy to connect because you already have this shared unspoken common ground.

But working with both male and female athletes is good fun, it’s just great to see both perspectives. 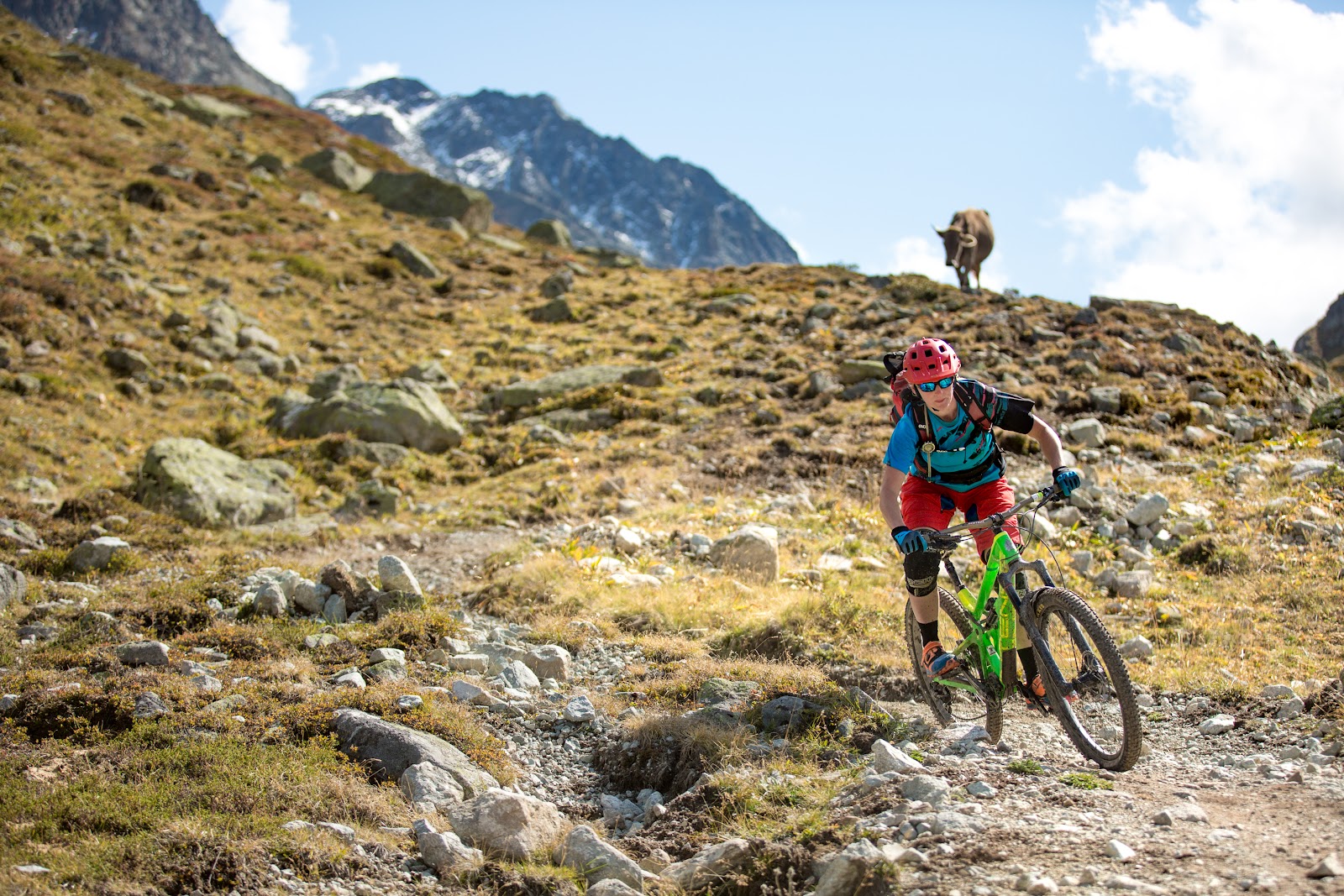 The Alps—specifically the Swiss kind—have been one of Saskia’s favorite places to shoot. The landscape is vast, clear, and clean. As seen in her work for the women’s mountain biking summit at St. Moritz. Samantha Saskia Dugon photo.

What are some goals you have for your career?

SSD: I want to continue with in-depth content work—preferably for magazines. Embracing more things like that would allow for me to focus more about the culture of a place or the actual story behind the rider. Actually having more purposeful content rather than just touching the surface. At the end of the day, it’s the combination of stylish riding and a really meaningful backstory—that’s what gets me excited.

I’m hoping to do more adventure biking, with the hope of really immersing myself in the culture. Particularly understanding how mountain biking can give back or play a significant role within the local community.