unReal, a collaborative mountain bike film between TGR and Squamish, British Columbia-based Anthill Films, will next summer take those stuck in the real world to a place beyond the realistic; creating a world where snow is fair game, 1000-pound mammals are riding partners, and anything is possible. Featuring riders Cam McCaul, Brandon Semenuk, Brett Rheeder, Tom van Steenbergen, Stevie Smith, Graham Aggasiz, Brook MacDonald, James Doerfling, Matt Hunter, Brandon Semenuk, and Thomas Vanderham, unReal will explore the imaginations of some of the best mountain bikers in the world.

This is not only TGR’s first bike film, but the first time the company has worked with Anthill, who themselves are also entering into their first partnership with another production company of their caliber. Through films like Arrival, Strength in Numbers and Follow Me, Anthill has produced some of the most incredible movies on two wheels, and TGR couldn’t be more excited to partner with them. “We looked at a handful of different people to partner with on this project, and they seem to most aptly fit our DNA,” said TGR co-founder Steve Jones. “And their work is absolutely off the hook.”

Premiering summer 2015 and presented by Sony, Trek, and Shimano, unReal is a ridiculous film where snow is fair game, 1000-pound mammals are riding partners, and dirt falls from the sky. I sat down with TGR’s Steve Jones, Anthill’s Darcy Wittenburg and Ian Dunn, and long-time Anthill athlete Cam McCaul, to get the skinny on this project in motion.

Why did TGR want to make a bike film in the first place?

TGR’s Steve Jones: For me personally, I love mountain biking, which is the same reason we decided to make our first ski movie. But just seeing how progressive mountain biking has gotten over the past few years, we really thought we could do something that was game-changing.

How did TGR decide to work with Anthill?

Steve: We looked at a handful of different people to partner with on this project, and they seem to most aptly fit our DNA. They came from a similar level of passion, and are a similar collective of guys coming from a similar background as us. They’re very intimate with their athletes just like we are, and their work is absolutely off the hook. So it just made all the sense in the world to align with that DNA and Anthill’s high level of production. 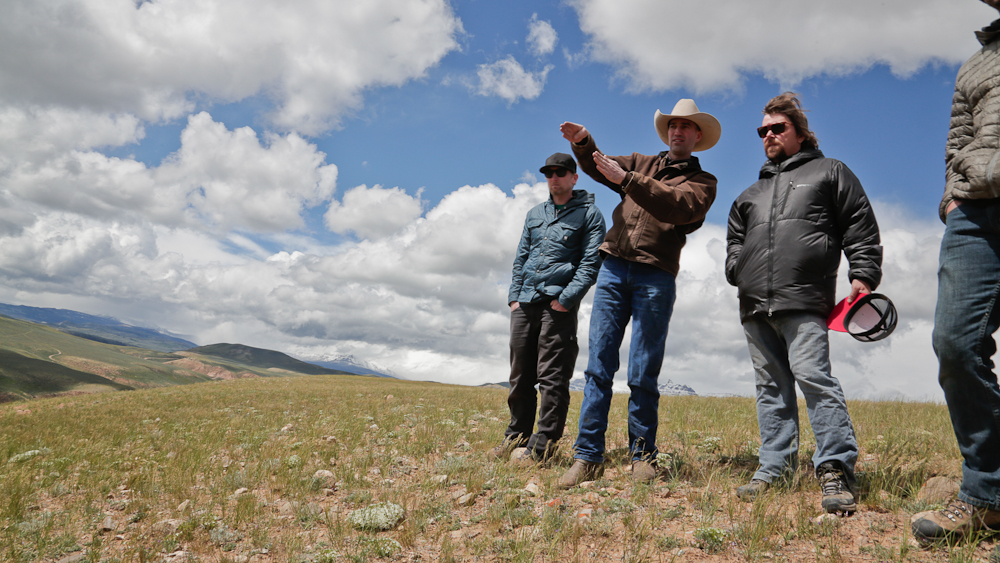 We’re learning a lot from the Anthill crew, too, which is cool. Any time that we work with other production crews, it’s always really fun to share information and explore different methodologies of shooting, of operating in the field, safety practices, and creative thought, and we’ve done that quite a bit with Anthill. It’s been really fun to share ideas and have that meeting of the minds and combine some of the things that we do in production with what they do.

What’s different about making a bike film compared to a snow film? How do the cinematography change?

Steve: The big difference between shooting a bike film and a snow film, so far, has been the elements. You’re not operating the cameras in a super-cold environment. You’re less exposed as a cameraman, as you’re not necessarily in avalanche terrain and having to deal with all those external variables. 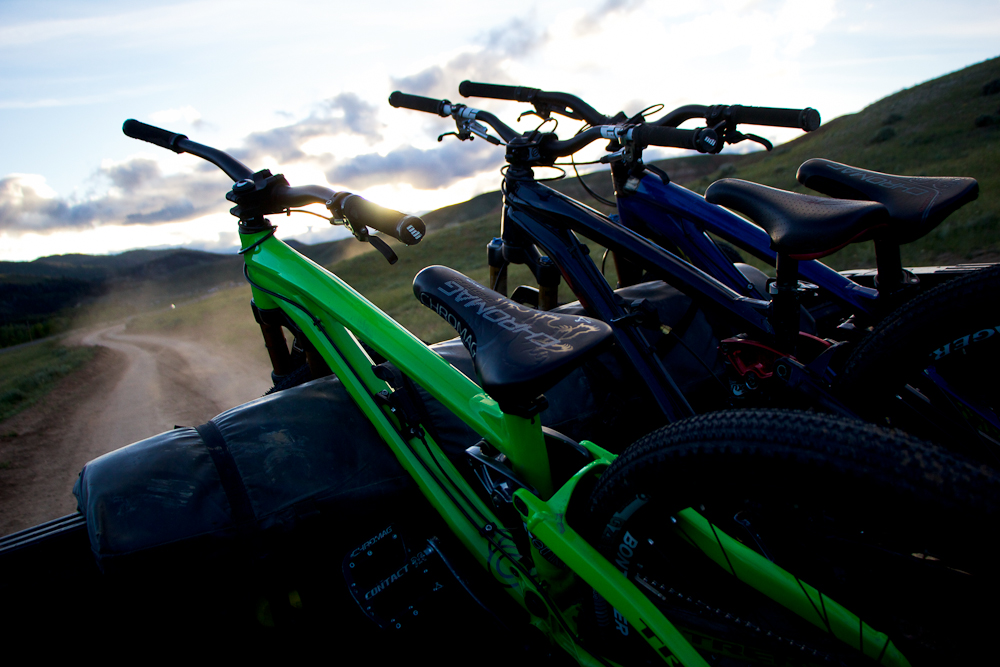 A bevy of Trek bikes make their way to a sunset shoot for unReal in the American West. Micah Abrams photo.

As with any action sports shooting, there is a weather component to it. Wind can still be problematic for jumps and aerial filming, and precipitation still affects the shoot.

What has it been like working with a new set of non-snow athletes?

Steve: The athletes are all of that similar DNA, and have that same spirit of living on the edge and that irreverent, adventurous, risk-taking approach to sport… it’s similar across action sports. It’s been great. We’ve really enjoyed getting to know some of these guys and working with them in their element and it’s just been a really exciting project.

How do you feel the TGR partnership is different than others in the action sports arena?

Anthill’s Darcy Wittenburg: What makes the TGR Anthill partnership unique is that it’s very rare for two well-established production companies to come together to make a film. Both TGR and Anthill have built-in audiences in their respective sports, so combining forces allows us to expand the reach of our films and tap into more resources than either of us could do individually.

Do you feel TGR brings something new to the table? Is it hard bringing in another production company into a project like this?

Darcy: TGR brings more to the table than I can list here! It’s really about the broad spectrum of what they bring to the table. Obviously their experience and creative energy is an asset to the production. For this film, they’re also in the position of a studio, so they have the ability to open up this project to an entirely new audience, and that influences everything from who sponsors the film to how it’s marketed and where it’s sold. 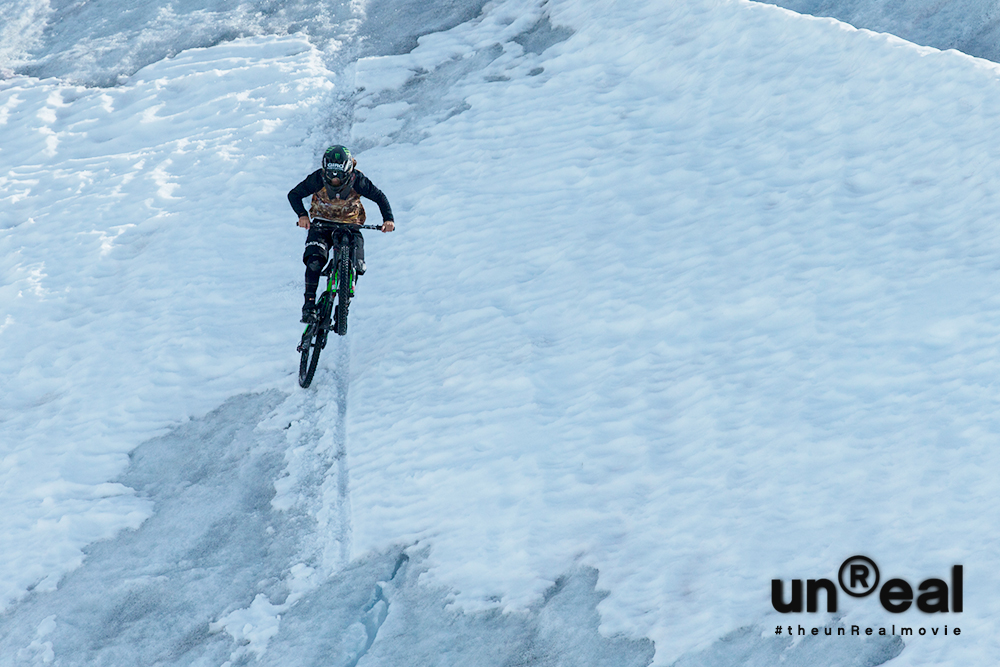 It’s not hard to work with a company like TGR, who’s filmed several other sports but is new to biking. There’s so much crossover in the culture of the sports, especially when it comes to lifestyle and attitudes. It’s actually been very easy to work with partners who share the same passion for filmmaking, as there’s no ulterior motive–both companies just want to make films that get people fired up! It’s as simple as that.

Do you feel that it's hard to top your last films? How do you keep the themes and ideas fresh?

Darcy: It’s definitely a never-ending challenge to top past film projects. That’s the nature of action sports–they have to progress. But that challenge also provides the answer in terms of what to do next. With an ever-changing sport to draw upon for inspiration, there’s always new ways to look at mountain biking.

What is unReal about?

Ian Dunn, Anthill Films: Essentially the film is about exploring the imaginations of some of the best mountain bikers in the world. Our goal is to create a film that inspires people to escape from reality by going outside and riding their bike. We all know the real world sucks. So spend some time in the unreal world... and along the way some unreal things might happen.

How has the cinematography aspect of bike filmmaking changed over the years you guys have been around?

Darcy: A lot has changed since we started making bike films. The first film I worked on was Ride to the Hills, which went out only to VHS. Since that time, we’ve seen DVDs come and almost go. On the camera side, we started by shooting entirely on 16mm film, so along with the rise of digital cameras, we’ve also experienced the evolution of inexpensive camera support systems. 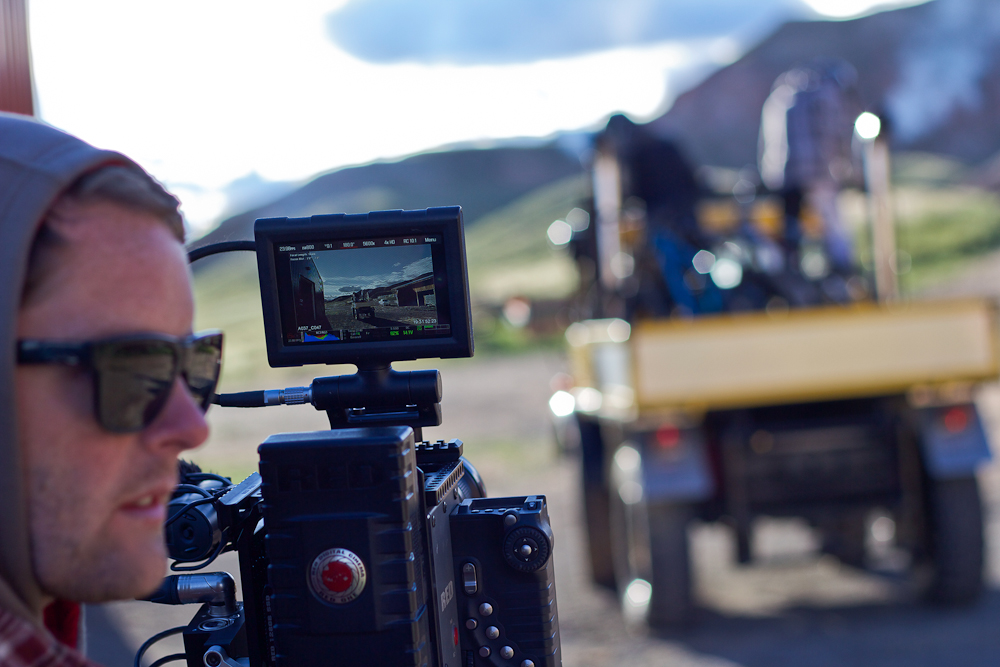 From 16 mm to RED Epic digital cameras, both Anthill & TGR have seen it through a lot of change and phases in the film industry. Austin Hopkins photo.

There was a time when we just needed a pickup truck to carry us and all our equipment around, and now we have a trailer as well, and even that’s starting to look small! There’s so much amazing technology around these days, and so many talented filmmakers out there, so it feels like you need an arsenal to stay ahead of the curve.

How have you figured out who the best bikers are to work with to create the kind of film you want?

Darcy: There’s no shortage of talented riders in the bike industry. There’s lots of riders we’d love to include in our films that we’re just not able to, as we like to keep the numbers low and give the guys we work with proper screen time. We’re living and breathing biking year-round, so the top riders in the sport are crystal clear to us, and a lot of it comes down to who we have a personal relationship with. Most of the riders have become good friends over the years so it’s a no brainer to include them in the film.

How are you choosing locations for this film?

Darcy: This film has a lot of concepts and ideas we want to pull off so we’ve looked for locations based more on the segment idea than anything. Usually this involves lots of time on Google Earth and talking to a friend of a friend who knows a zone. It’s not an exact science...

How did you decide on the storyline and narrative for this film?

Darcy: It started with a couple of segment ideas we had and that grew into the full concept for the film. It’s hard to explain without giving too much away. It definitely comes from hundreds of conversations internally and with riders, friends, and friends of friends of friends. 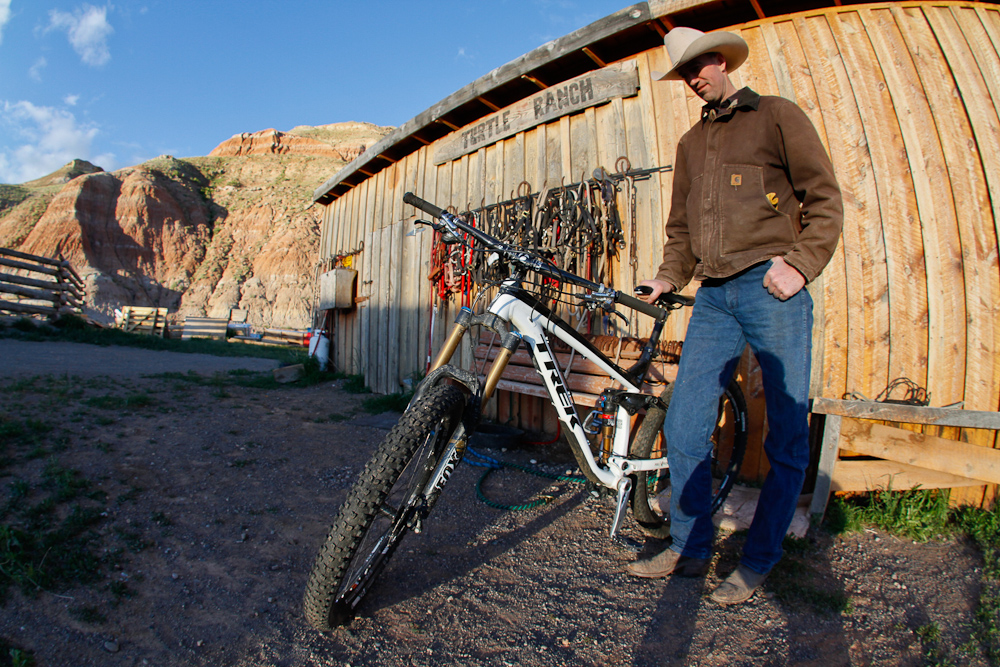 It’s always tricky to combine story with action sports, as at the end of the day most people just want to settle into some wicked shredding, so every conversation comes back to make sure we create the setting for that to unfold.

How’s it been working as one of the riders on TGR & Anthill’s first collaborative project?

Cam McCaul: It’s so exciting to finally be shooting this film. It’s been in the planning stages for a long time now, and at this point, with a couple big trips under our belts it’s obvious that we're going to be able to live up to all of our big plans, and then some. 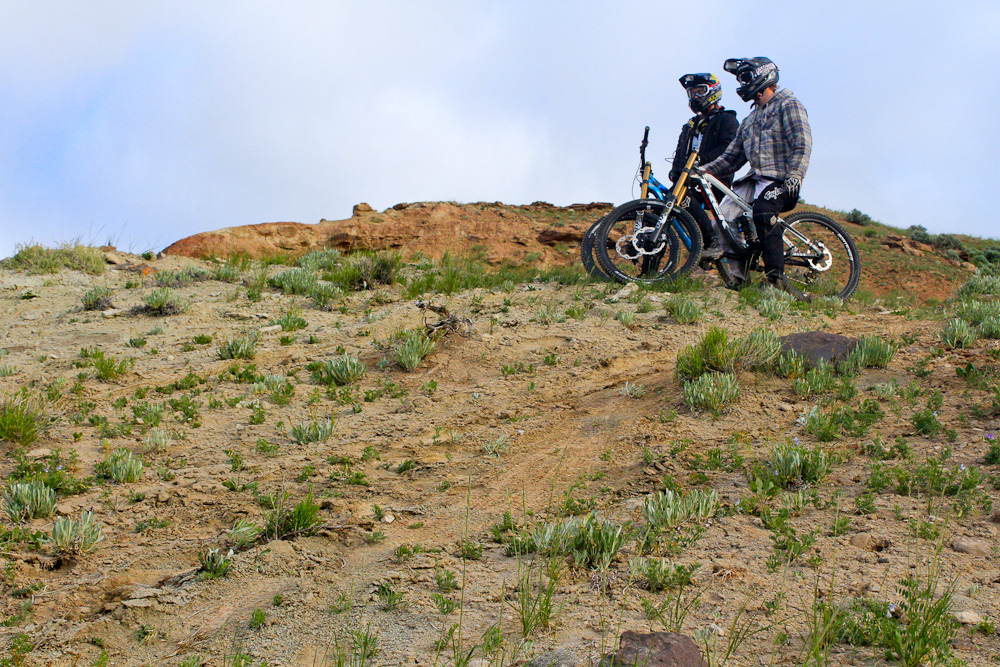 Cam McCaul waits at the top of an in-run with Tom Van Steenbergen to drop during a shoot earlier this summer. Ryan Dunfee photo.

I've been shooting with Anthill for years, so to have the opportunity to work together again on another big project is amazing. Then you factor in the TGR partnership, and the excitement goes through the roof. I can't wait to carry the momentum for the rest of the year, and then show everyone what we've been up to next June!