What happens when you take an eager group of TGR staffers and unleash them on a resort just kicking off the season? The answer: unabashed awesomeness on opening weekend at Grand Targhee.

The Ghee, located on the western slope of the Tetons in Alta, Wyoming, kicked off its 45th season this past weekend by opening 100% of its terrain and all five lifts. Early season storms dumped over 97” of snow prior to the weekend, allowing for a 47” base and pristine pow for the first weekend of the season. Knowing this, a TGR crew assembled quickly to plan a weekend attack. 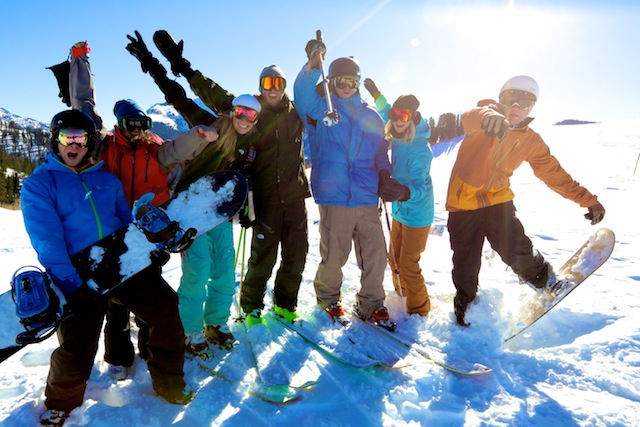 Early Saturday morning, our crew rallied to the resort, where we were met by Jennie White, Grand Targhee's media maven. We chatted about our excitement to be at the resort, and Jennie let us know this was the best opening weekend Targhee had seen in over five years. The anticapation for the first chair ride of the season was palpable, and our entire crew was super pysched to be at kicking off the season Grand Targhee.

We spent the day lapping the Dreamcatcher, Blackfoot, and Sacajawea lifts. Members of our crew also hiked Mary's Nipple and were treated to deep, unadulterated pow. Arguably, the most epic run of the day, was when the crew decided to do a synchronized, single file shred line down the Medicine Bowl. Though the pow had been previously poached, it was still soft and made for a slash-tastic shred experience. 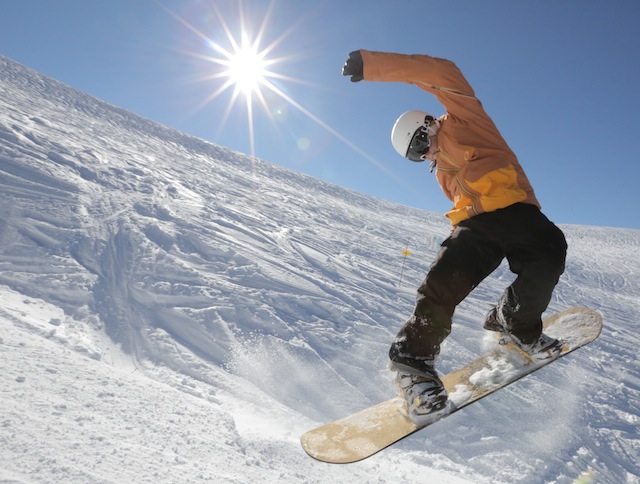 By the end of the day, our legs had that satisfying first-day burn, so we knew it was time to head to the famous Trap Bar for some celebratory brewskis. The après scene was in full force thanks, in part, to the eclectic crowd of ski bums, bunnies, and locals, all of whom seemed to be fueled by a diabolical mixture of opening day stoke, PBRs, and Wydaho Nachos, complemented with a side or two (or three) of Fireball. The local band, The Alta Boys, jammed out on the intimate stage, creating the perfect post-shred party atmosphere. 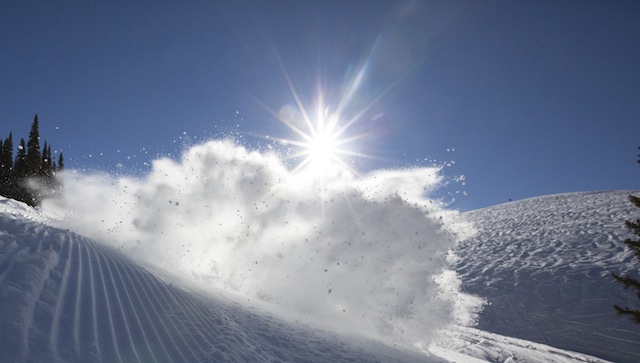 As the sun set and stars began to illuminate the sky, the Trap Bar became the scene of liquid-fueled jubilance. Our crew spent the evening reliving the best moments from the day, then hightailed it back to our comfortable condos at the Sioux Lodge for an evening hot-tub sesh. 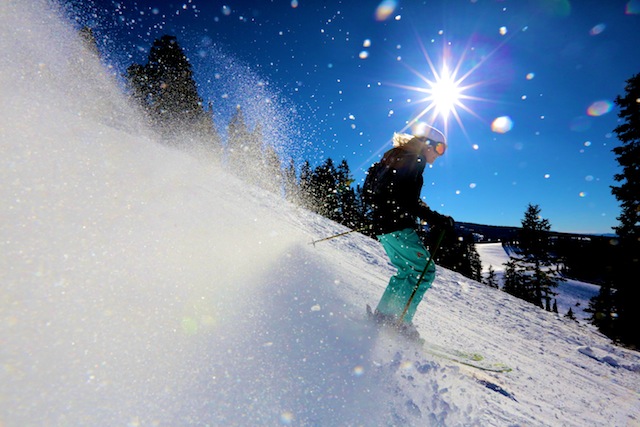 Then we all slept soundly in the Sioux Lodge thanks to our solid opening weekend shred adventures. 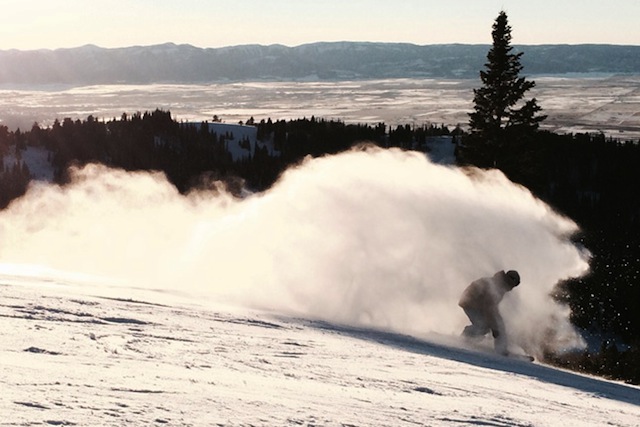 Big ups to Grand Targhee Resort, the Sioux Lodge, and Jennie White for welcoming our TGR Crew. We truely appreciate the experience, the hospitality and can't wait until our next shred adventure. 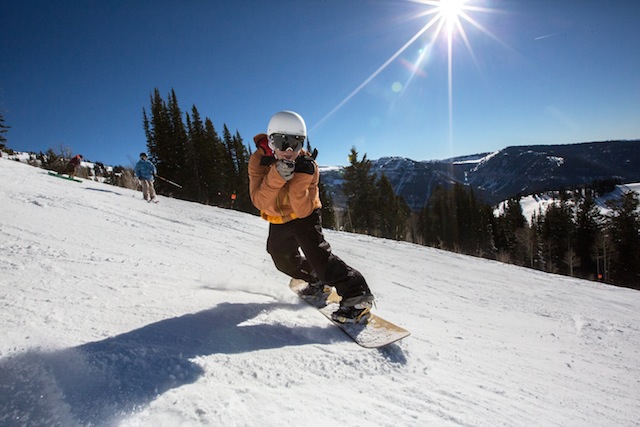 For more on Grand Targhee head here, and be sure to check out this mountain this season—it's a low-key Wyoming gem that is simply awesome and one of our all-time favorite places to ride. Check out our full TGR gallery below, and head to Grand Targhee for more opening weekend awesomeness. 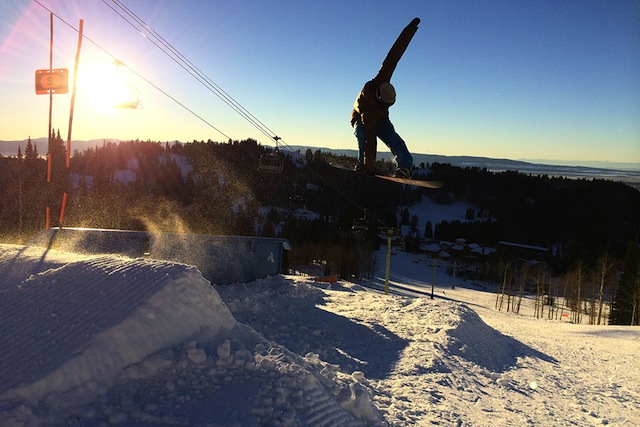 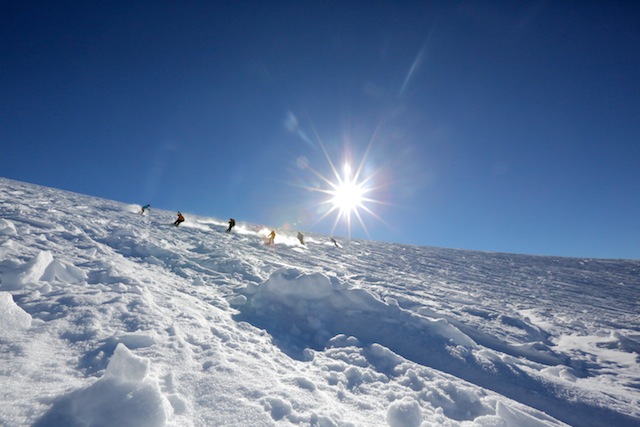 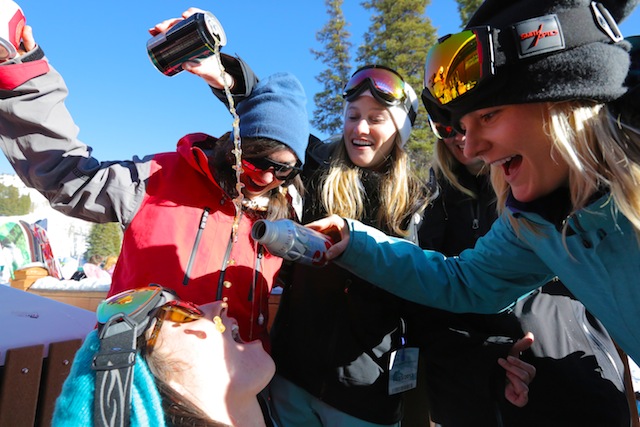 When in doubt, dump it out... Waaaaaaay out. Carolyn Barnick was truly taking one for the team.