In Our Own Words: The 2015 Powder Video Awards 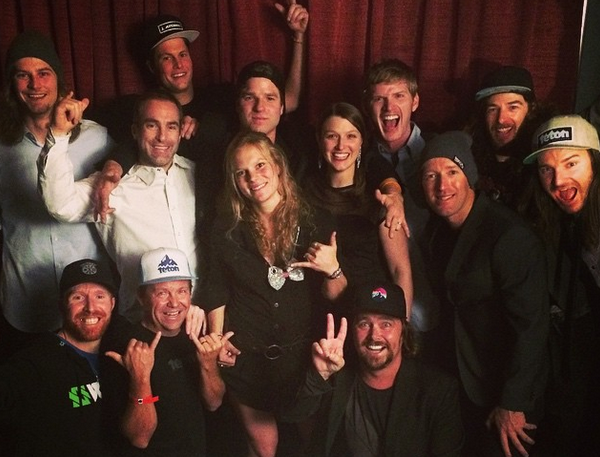 This past Friday night was the 15th Annual Powder Video Awards presented by Powder Magazine. The whole TGR family was out in full force, and were honored to have won multiple awards and humbled to win Film of the Year for Almost Ablaze–our first time winning the award since 2004’s High Life.

It has been a difficult year for the snow sports community, as we lost three of our heroes. The names of JP Auclair, Andreas Fransson, & Liz Daley were on the mind of many in the crowd as the show got underway. This led to the most emotional moment of the evening, as JP Auclair was announced as the winner of the Powder Poll. As one, the crowd rose collectively and raised their glasses to their fellow fallen skier and for the only time all night, the room was completely silent. Jean Auclair, JP’s father, traveled from Quebec to accept the award and in rough English summed it up simply by saying, “We love you, JP.” 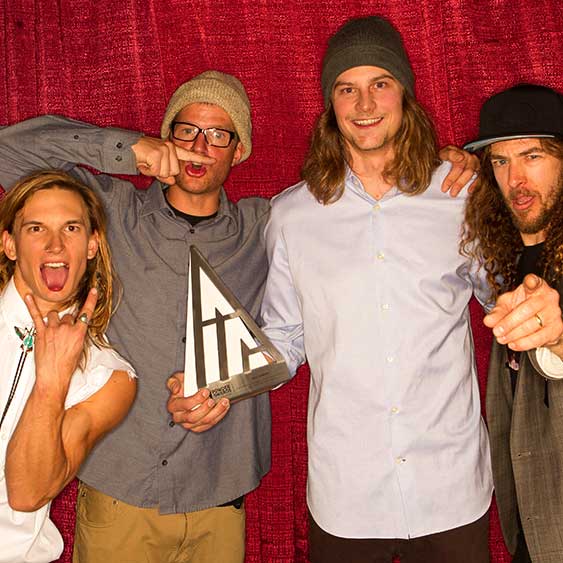 The first major video award of the night was for Best Powder. This was a full field including Armada’s Oil & Water and Nimbus’ POV-heavy Coordinates. In the end, Jackson Hole’s epic snow year contributed to the TGR win, and Sage Cattabriga-Alosa, Johnny Collinson, Nick McNutt, and Dylan Hood gladly accepted the award. At the urging of the crowd and his fellow award winners, Johnny gave all the girls at home a treat by flexing for the crowd.

The new prince of switch skiing, Nick McNutt, had one of the best years of any skiers in the industry, earning multiple nominations at the Powder Awards. In the end, he ended up taking home Breakthrough Performance but fell short to Cody Townsend in the running for the Best Male Performance. “This is my first time at the Powder Awards," Nick said. "It's awesome to be in the same building with all the athletes that I look up to. I couldn’t be more stoked to be here and accept awards from some my heroes, like Ian McIntosh.”

This was also the year of the women. From Tatum Monod throwing huge double backflips to Elyse Saugstad and Lynsey Dyer showcasing some truly impressive skiing in Pretty Faces, this was one of the most stacked fields for Best Female Performance in recent memory.

This made it all the more impressive when Angel Collinson took home the award for "Best Female Performance" as her parents and brother watched from the crowd. I asked Angel’s father about how he raised two amazing skiers and people, he simply responded, “We let them into our world.”

After watching TGR accept the award for Film of the Year, the love this group has for each other is apparent. Talking with Almost Ablaze co-director Todd Jones, he spoke to the connection TGR's remarkable group of athletes feel with each other. “For me, being here with all those guys and seeing how fired up they are–it makes me so proud of them. To watch them support all the energy that comes in is special. The pride they have for Nick (McNutt) and Angel (Collinson) shows they are not just individual athletes, but truly part of a family that supports each other.”

Check out Almost Ablaze on iTunes or DVD and Blu-Ray today and watch our 2001 jib click, Subject to Change, for free all week here–thanks again for supporting TGR!