Although the weather was perfect, warm temperatures meant the competition format had to be shortened, in order to keep Cardrona’s 22-foot Olympic sized halfpipe in top shape. All 38 men and 19 women semi-finalists went straight into a single final round, with the best of two runs counting for their final ranking. 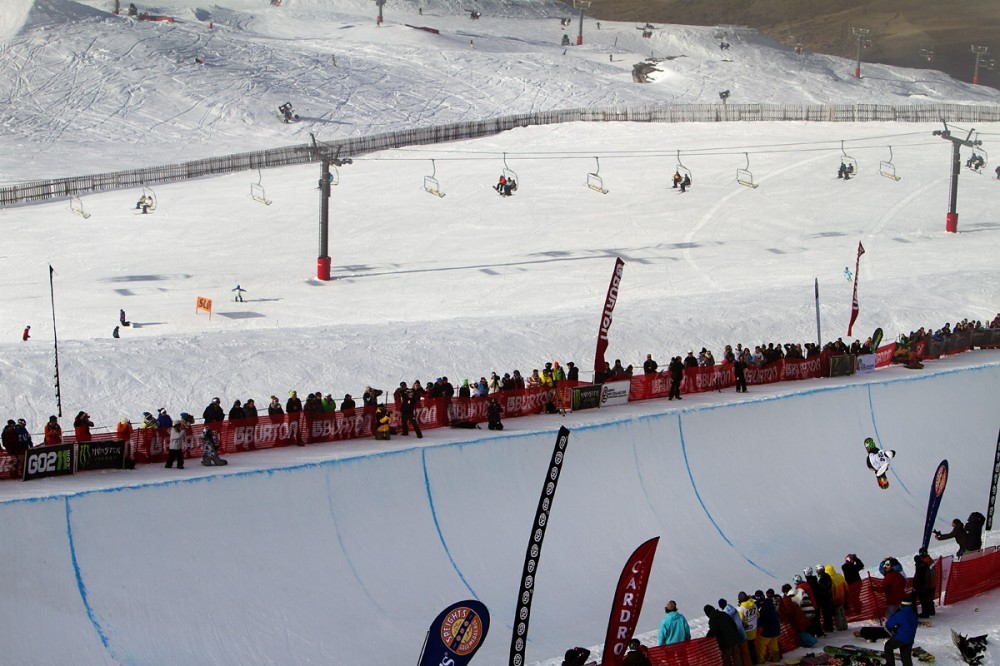 The women were up first, and Kelly Clark threw down the gauntlet on her first run with a giant frontside air, backside 540 mute, frontside 900, method air, frontside 720, and Cab 720 mute for 88.70 points and her 2nd consecutive NZ Open halfpipe title. Kelly was very happy with her win saying, “I had a great day, it’s a great way to start off my season and I was really happy with how I rode today. I walked away doing the tricks I set out to do and had a lot of fun.” 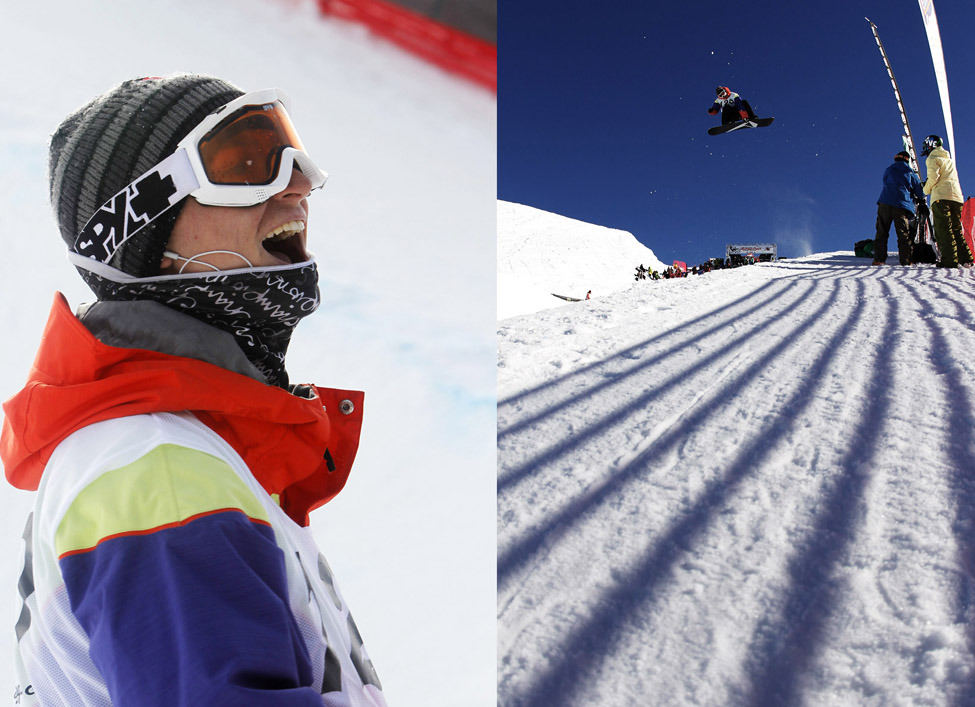 14 year-old Taku Hiraoka (JPN), who dominated the pre-qualifiers and qualifiers, continued to amaze with his first run score of 89.35 points setting the benchmark. Hiraoka’s run was a backside 540, frontside inverted 720, Cab 1080, and massive frontside 900 tailgrab. This Cinderella story proved that it’s possible to ride all the way from the pre-qualifier round through to the podium and second place. But taking the win was Iouri Podladtchikov (SUI) who let out all stops on his second run with a huge crippler, double McTwist 1260, frontside 1080 tailgrab, and Cab 720 for an impressive 93.70 points. Louie Vito (USA) also had a strong second run to jump up into third place with 88.04 points. Louie’s run started with a frontside 1080 double-cork, Cab 1080 double-cork, double crippler, backside 900, and frontside corked 900.

It was also a monumental day for judging, with the newly developed Snowboard Live Scoring system (SLS) proving itself for the first time in the halfpipe. Scores are given for each individual hit during a run, as well as a flow score, to provide a very transparent and informative final score. Viewers of the live webcast on GO211.com were able to see this system in action and watch real-time ranking changes, among other features of the webcast.

Here's a fan video from the event: