It's frickin' roasting out here

Facebook (365 shares)
Tweet (365 shares)
+ Favorite
Heading out this morning it's hard to believe that I frostbit my cheek less than a week ago. Dropping down Laramie Bowl at about 9:15 am it was already starting to soften from the sun.

Today's crew was Lynsey Dyer, Shroder Baker, and Eric Roner on skis, Rob Kingwill snowboarding, Matt Herriger with the 16 mm film camera, and Chris Bezamat taking the professional stills. As usual, I tagged along to take some snapshots.

The zone for today's filming was supposed to be a quick traverse out from the resort boundary, but somehow we missed a turn. After a quick consultation, we figured out our mistake and began a quick hike back up. 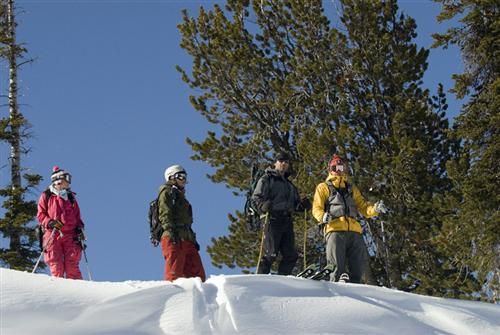 A few crotch-deep postholes and a lot of sweat later we were on top of the day's zone. With a bunch of short, steep chutes and some fairly cold, north-facing snow, the plan was for the athletes to hit several lines, hiking up after each.

Round 1 saw Lynsey, Rob, and Shroder each dropping a different line. 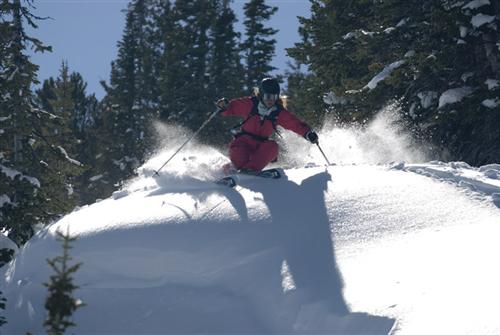 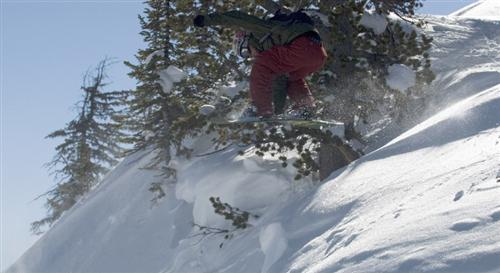 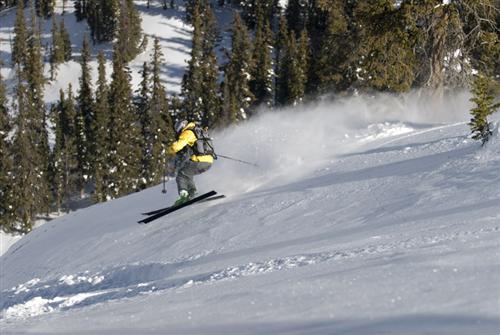 After last week's suffer-fest (for me at least) I didn't mind watching the athletes climb back up while I hung out at the top of the zone. Here's Shroder coming back for seconds. 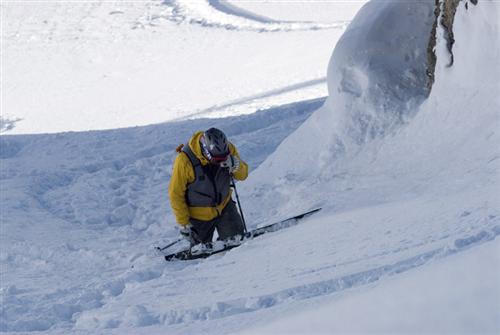 Rob Kingwill started off round 2 with another cornice drop 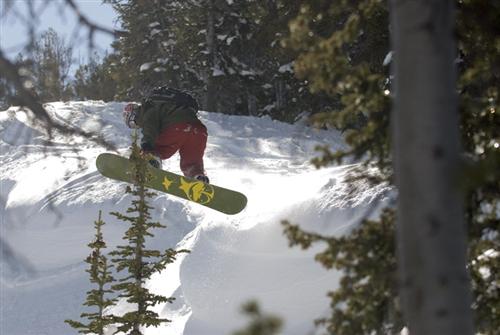 Then it was Roner's turn to make use of the takeoff that he'd stomped out. After a straight air to check the run in, Roner threw a huge backflip. 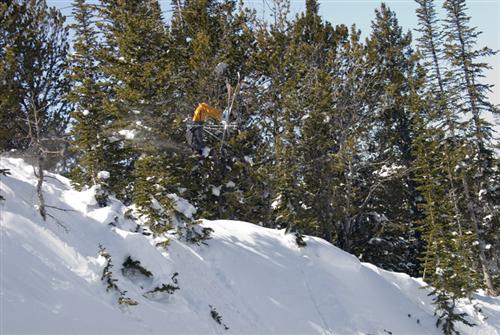 We were starting to pack up when Lynsey came down the hill to let us know that she'd hiked up and spotted another potential line. The crew followed her up and shot that one, too. 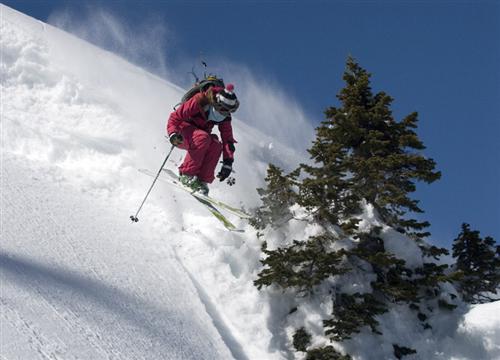 Happily, the runout from Lynsey's shot left us with a 2 minute sidestep back in to the resort. After a full day's worth of sun, the ride down to the bottom was slow, soft, and toasty warm. I'm thinking I might need a shower today.