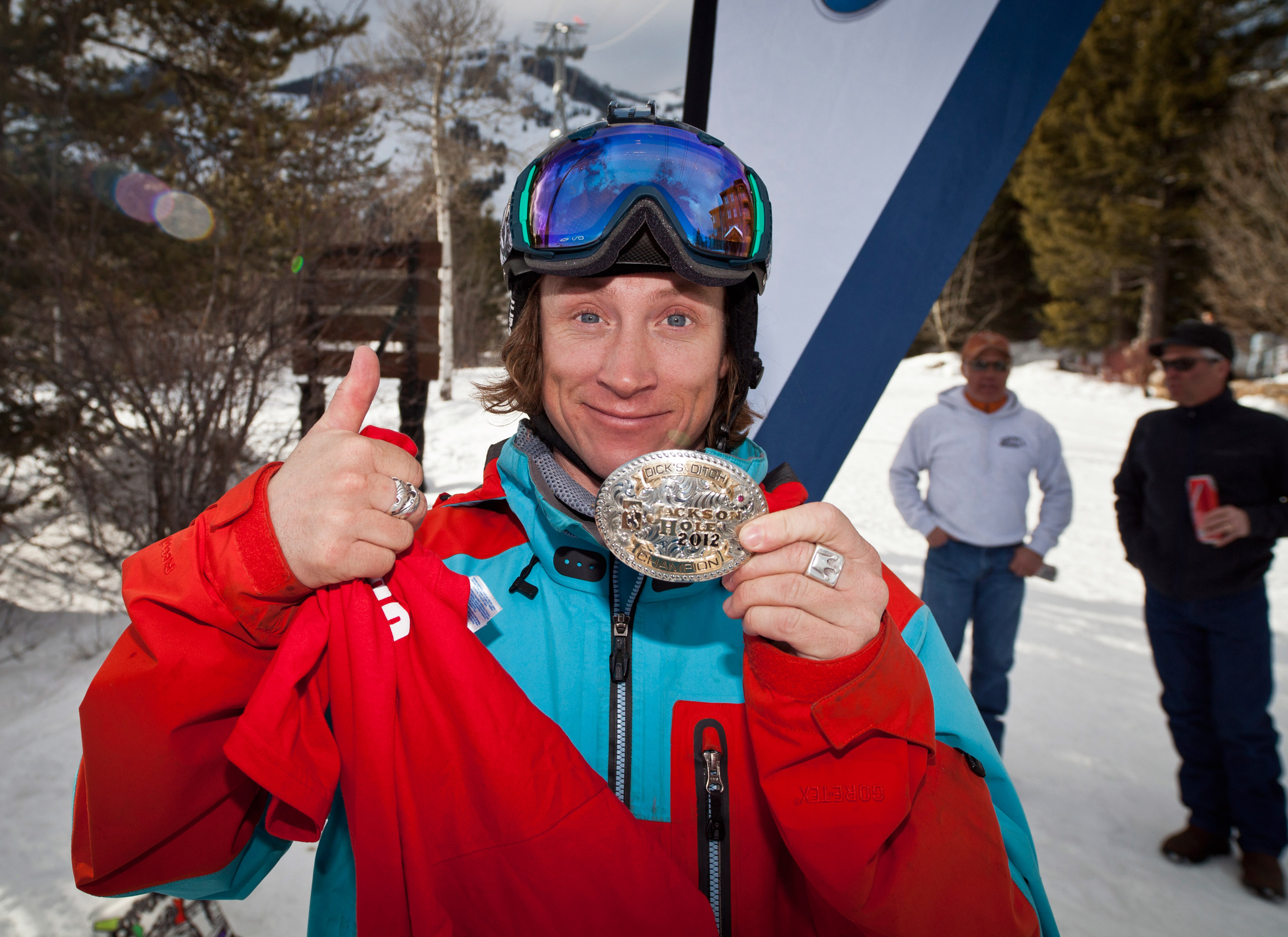 The 14th annual Dick’s Ditch Banked Slalom contest held last weekend at Jackson Hole Mountain Resort was as mentally challenging and physically exhausting as it has ever been. Competitors qualified Saturday in extremely low visibility conditions, with areas of up to 10 inches of blower pow across the mountain. Sunday’s finals saw polar opposite conditions of blue skies and temperatures in the upper 30s.

The contest this year, as typical of years in the past, showcased technical banked turns intertwined with gaps, whoops, step-ups and step-downs and finishing out with two massive hip jumps. For even the fastest of racers, it is a true test of endurance and skill to race for a minute and a half through seemingly endless berms. With Dick’s Ditch gully running from near the top of the gondola to the nealry the bottom and being one of the highlight black diamond runs of the Jackson Hole Mountain Resort, Dicks Ditch Banked Slalom could be the gnarliest contest of its kind.

During the awards ceremony, the après ski crowd reminiscent of gaper day came to see many familiar faces on the podium.

The diverse conditions of the 2012 Dicks Ditch Banked Slalom may have just marked Jackson Hole’s transition from winter to spring, but lets just hope that’s not true. 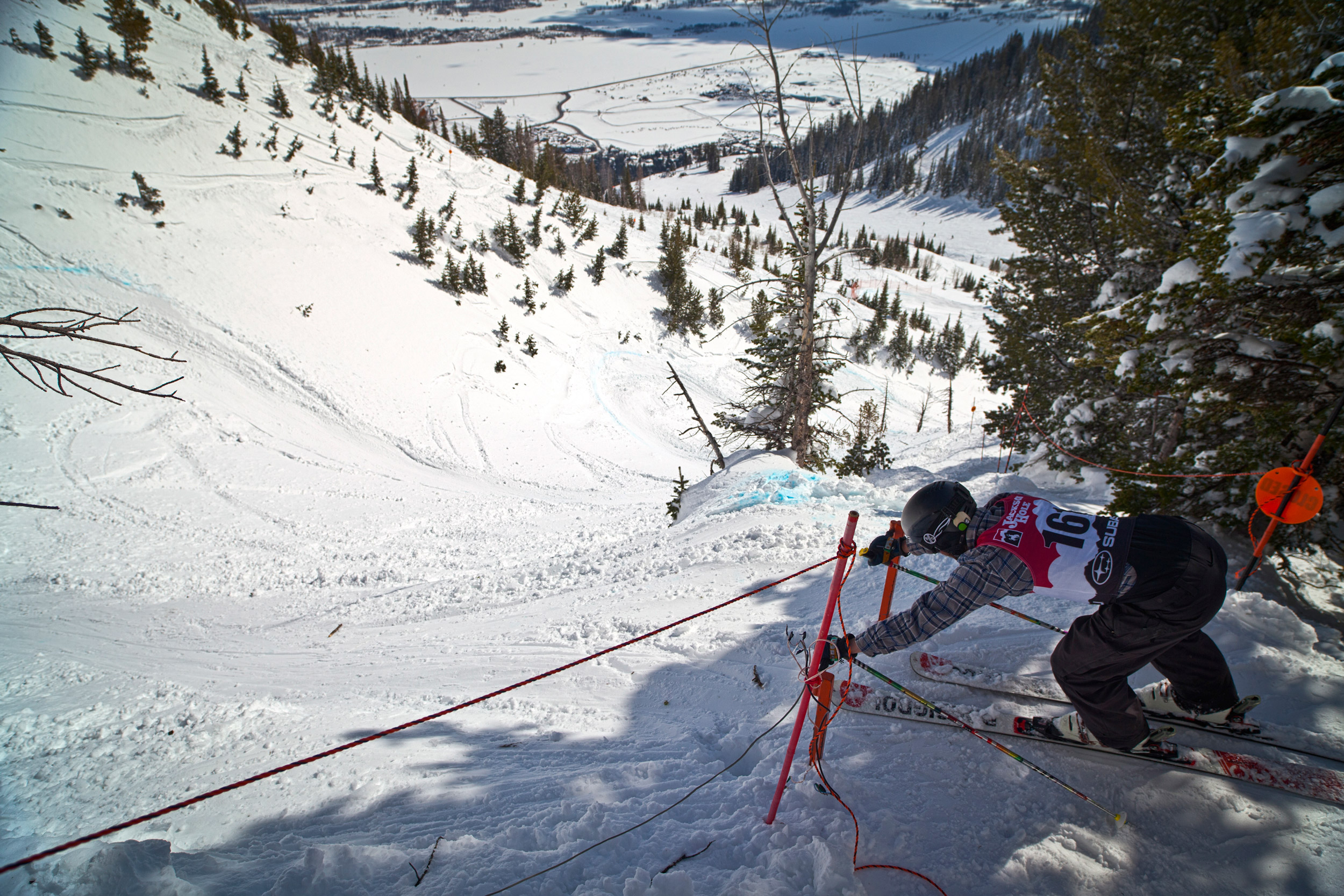 Top of the course. Photo by Wade Dunstan. 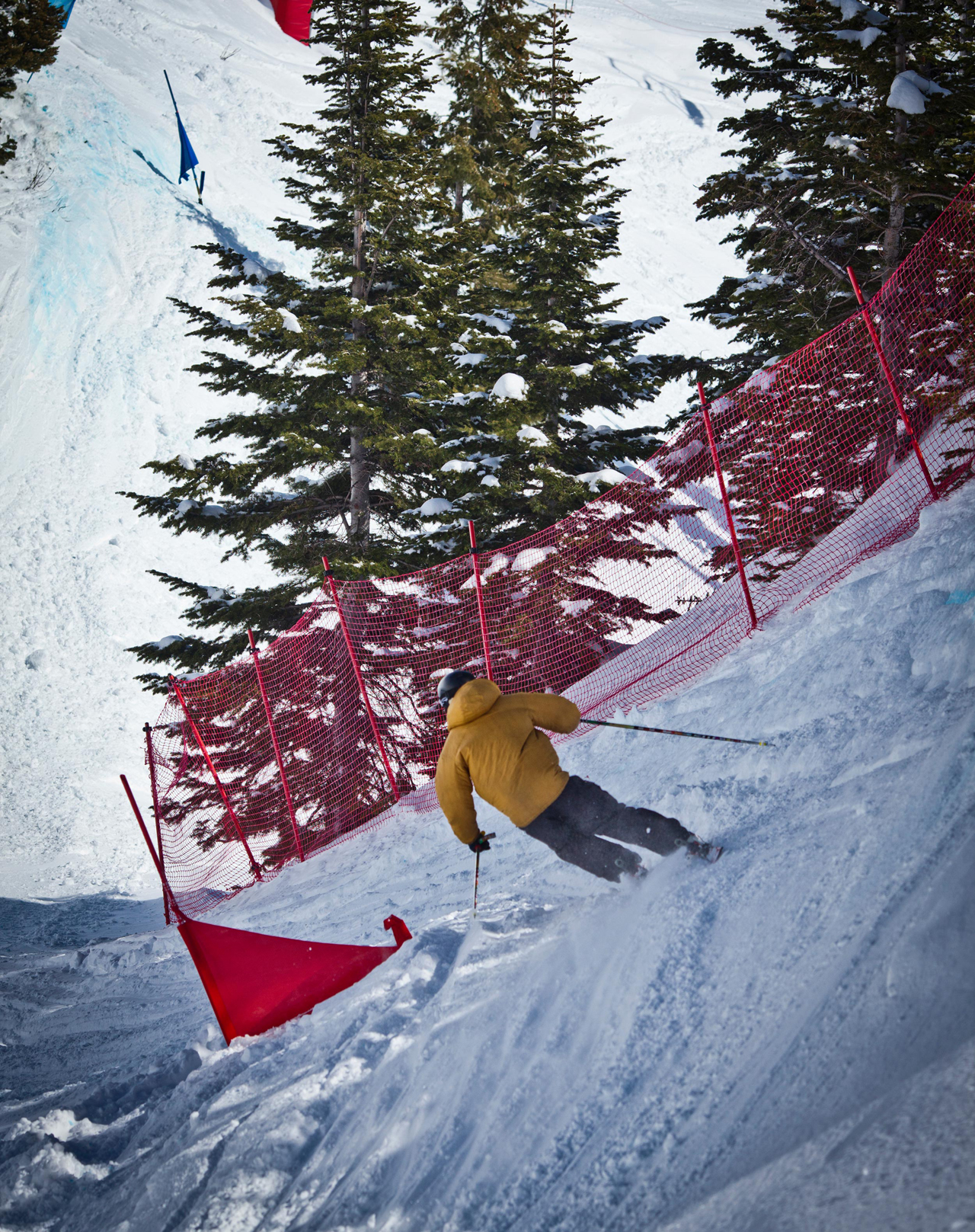 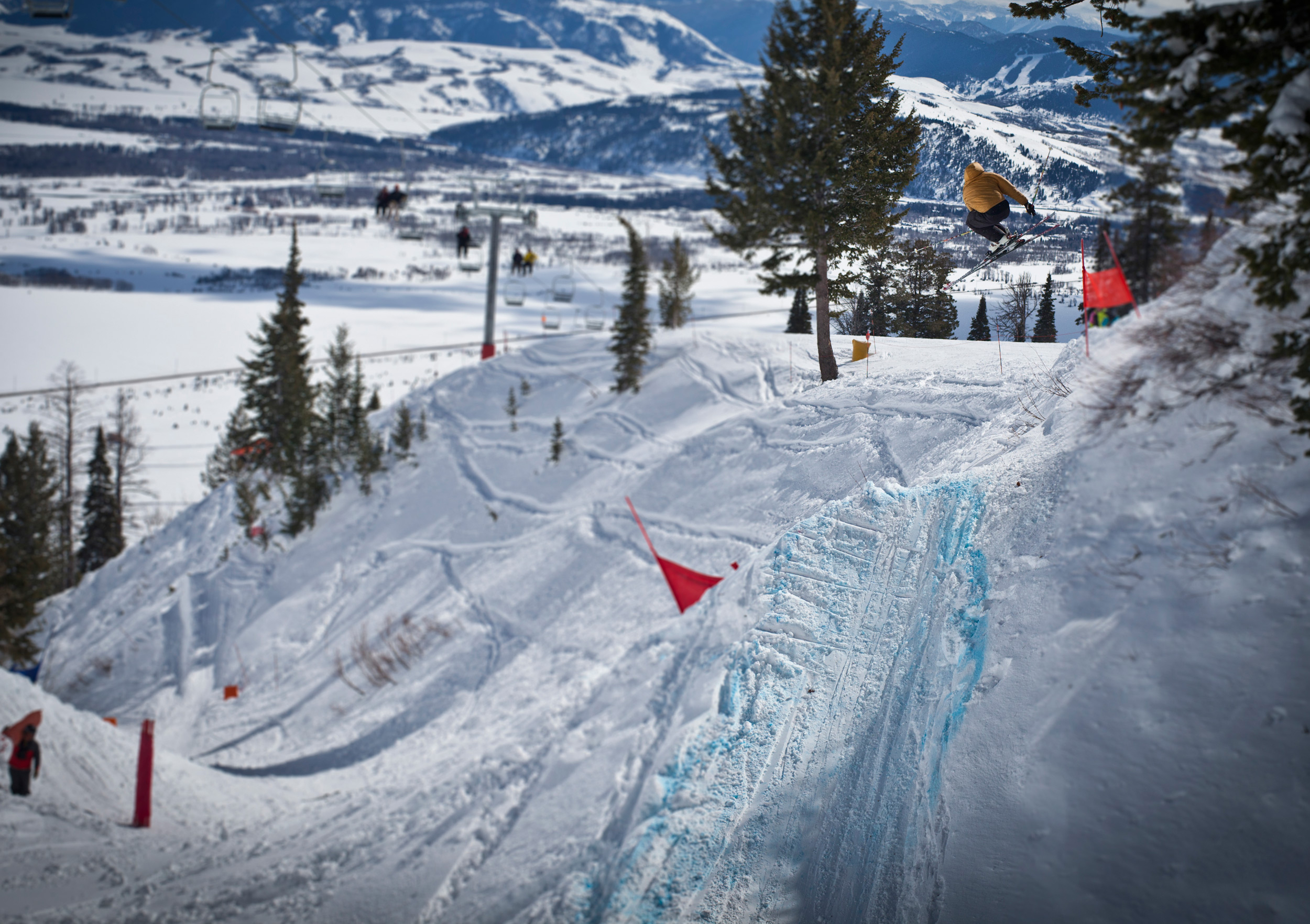 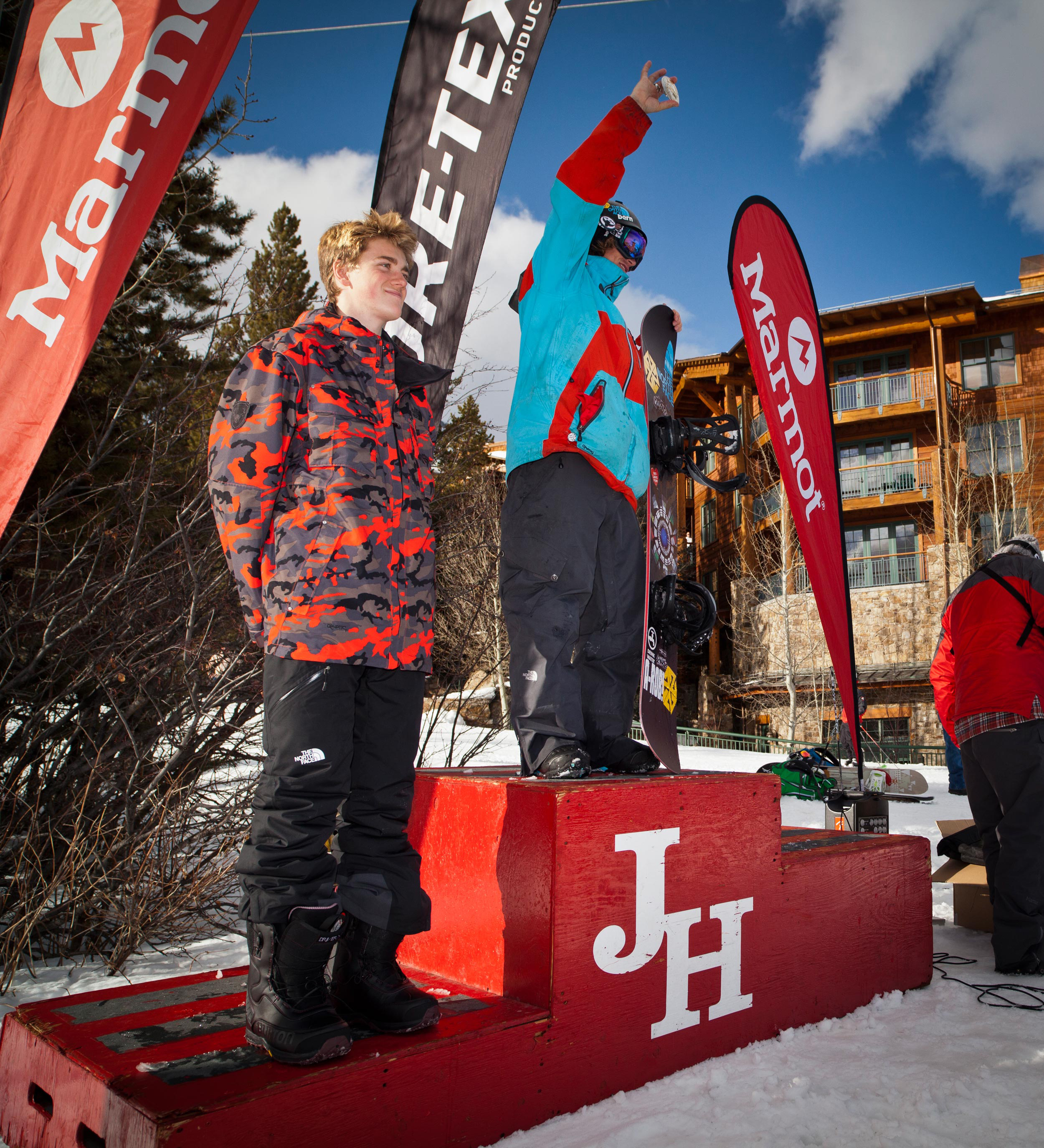 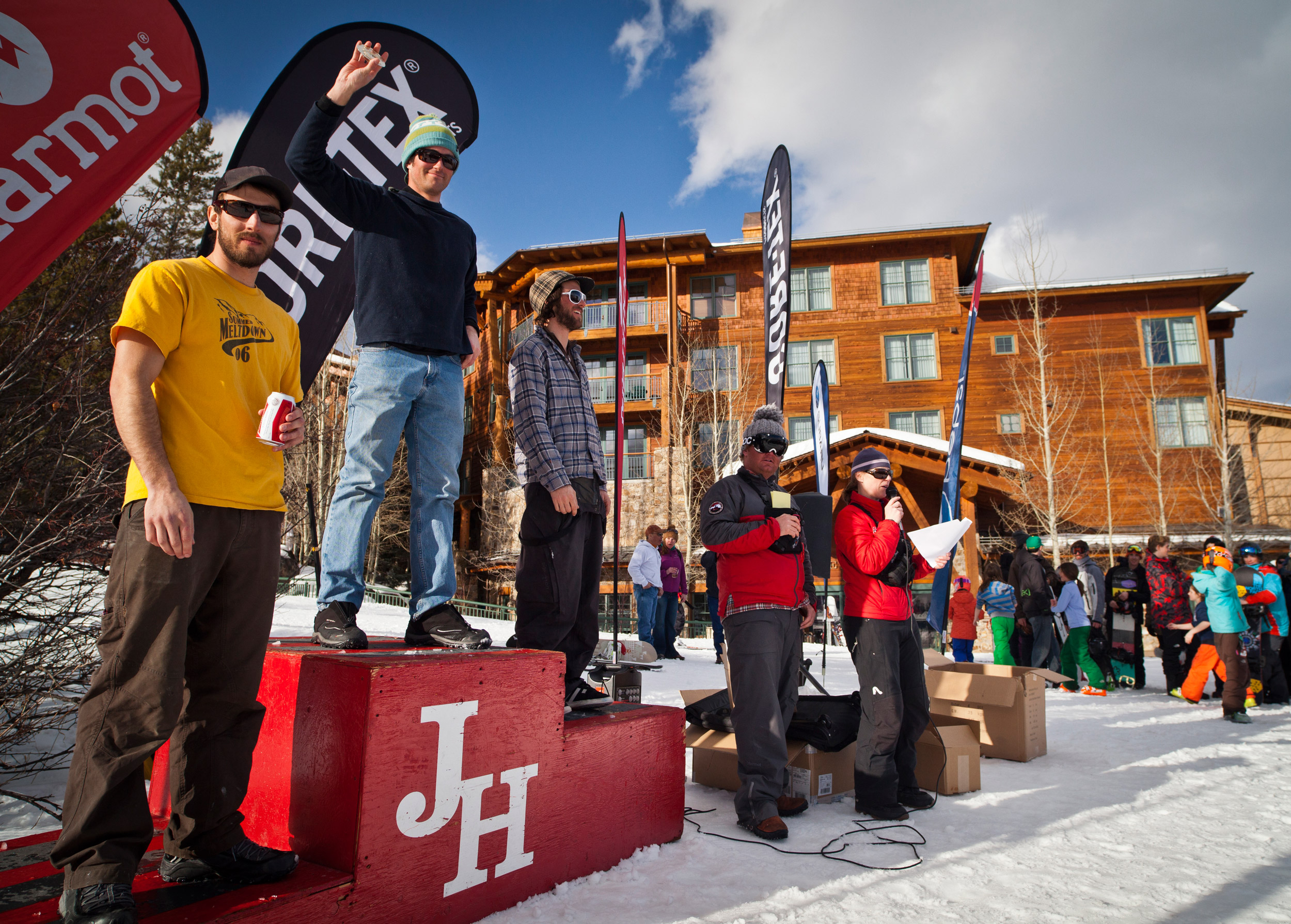 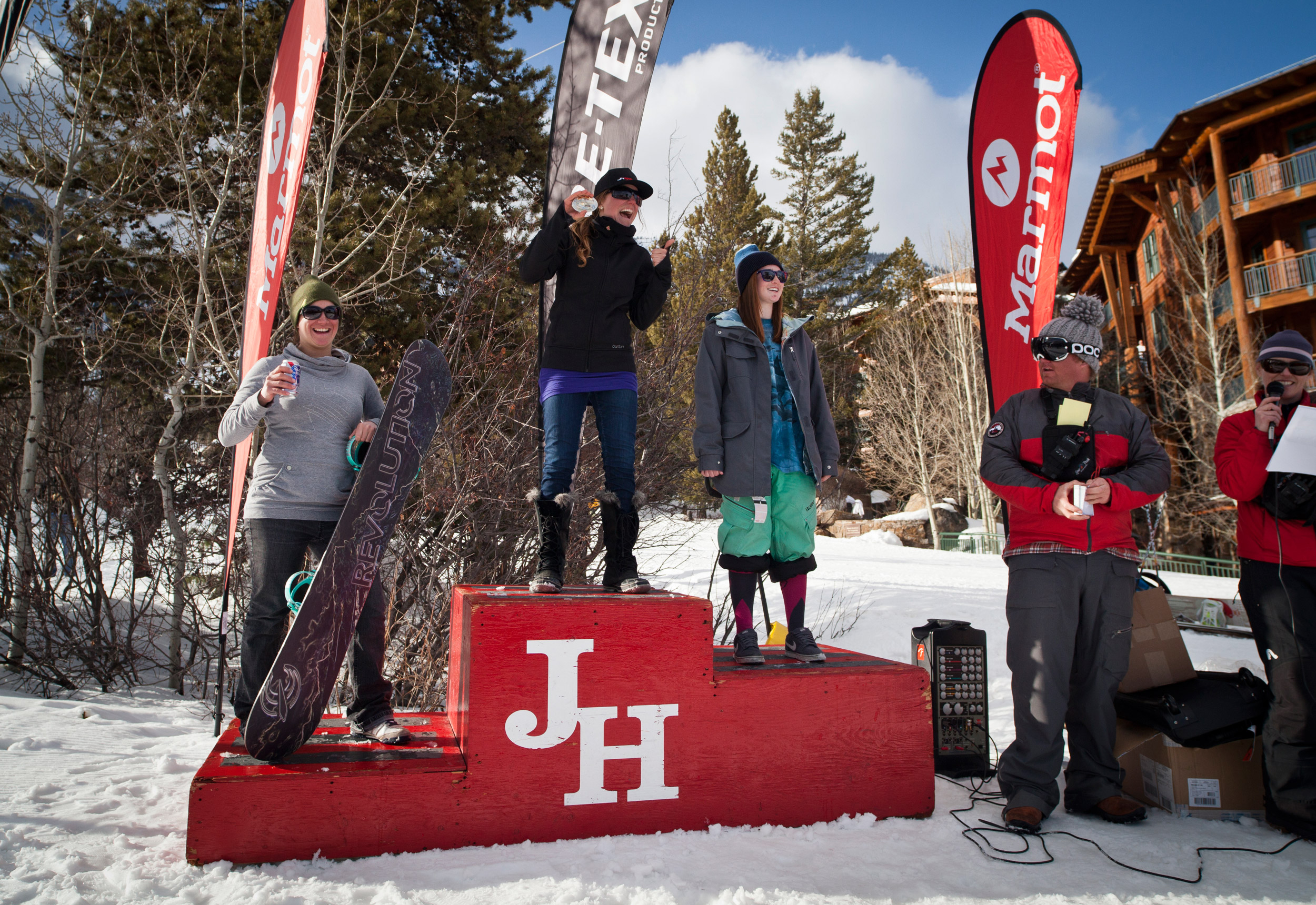 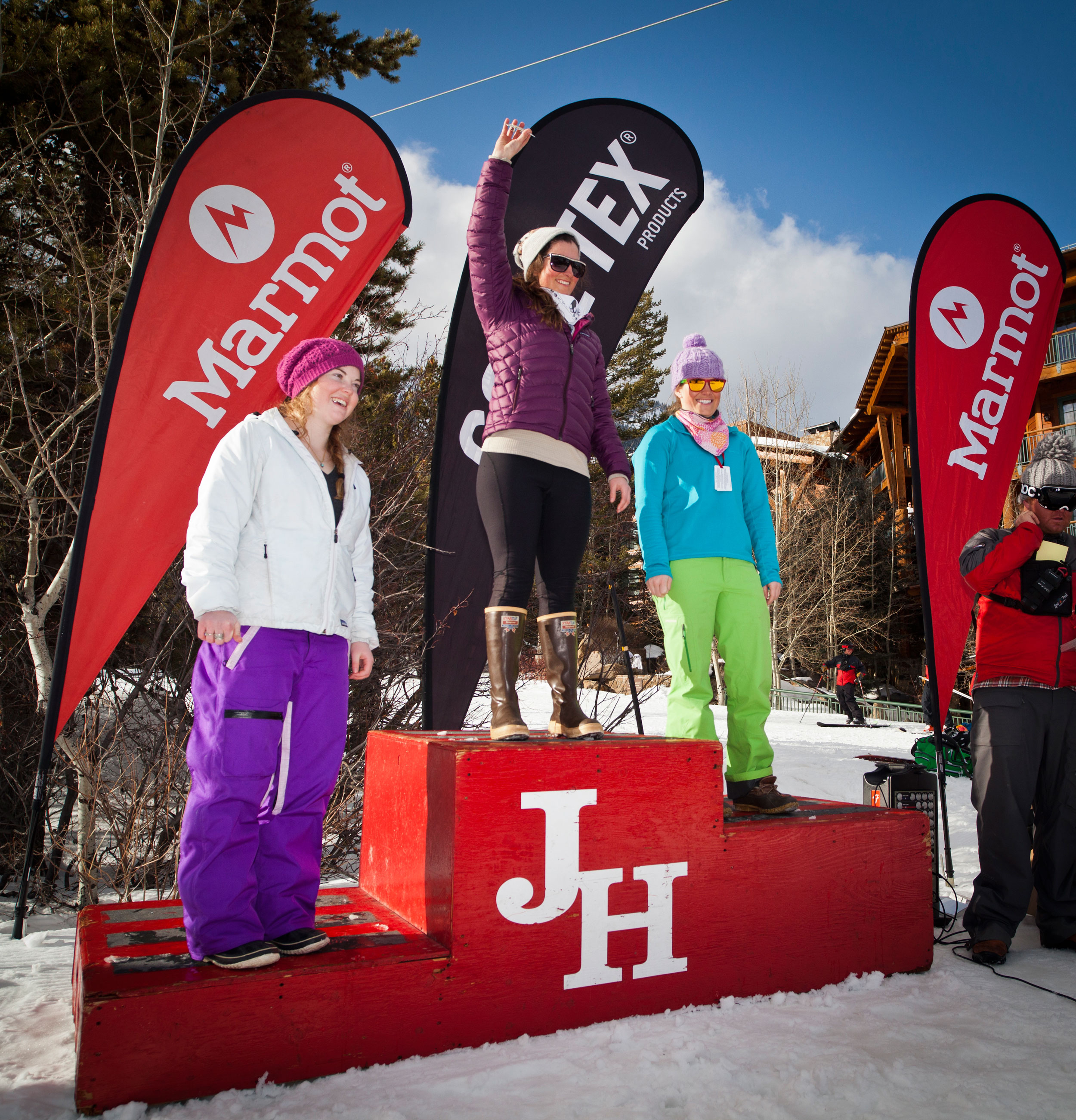