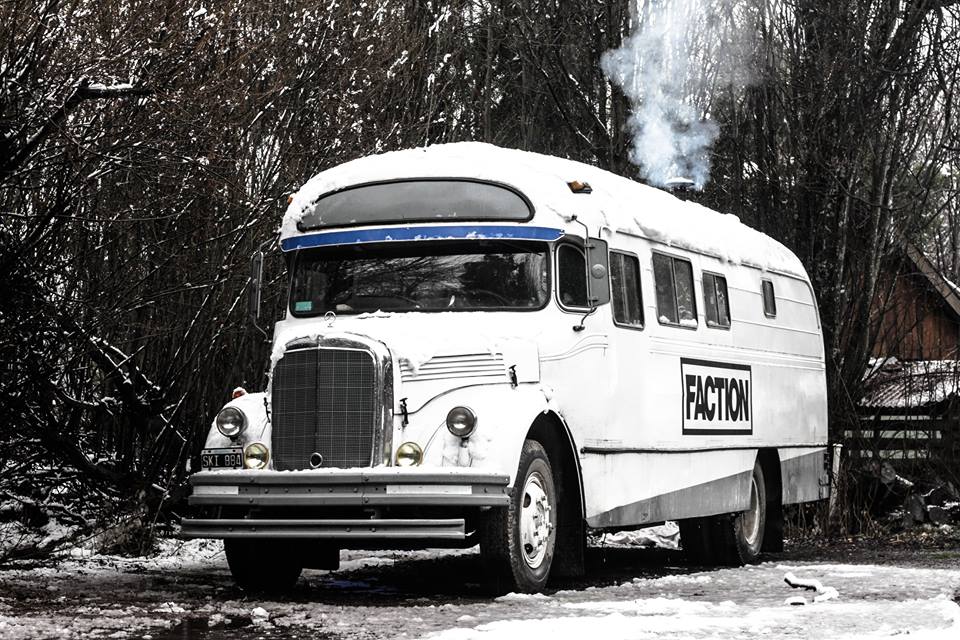 We at TGR have showcased many of the crazy, wonderful, and beautiful places that people build in order to achieve their outdoor pursuits through a column we've run for a bit now called Base Camp. Usually, these places have one thing in common.. they don't have four wheels. Introducing "La Chanchita" or the "Little Pig," based out of southern Argentina. A converted 1966 Mercedes-Benz bus with enough water, electricity, toilets, and warmth for six people. The best thing about "La Chanchita" is that you can rent her for the mere price of $50 a day. She is the brain child behind Faction team skier Manu Fombeurre. I was able to sit down with Manu to talk about the story behind La Chanchita, and where she's headed next.

How did the idea originate? 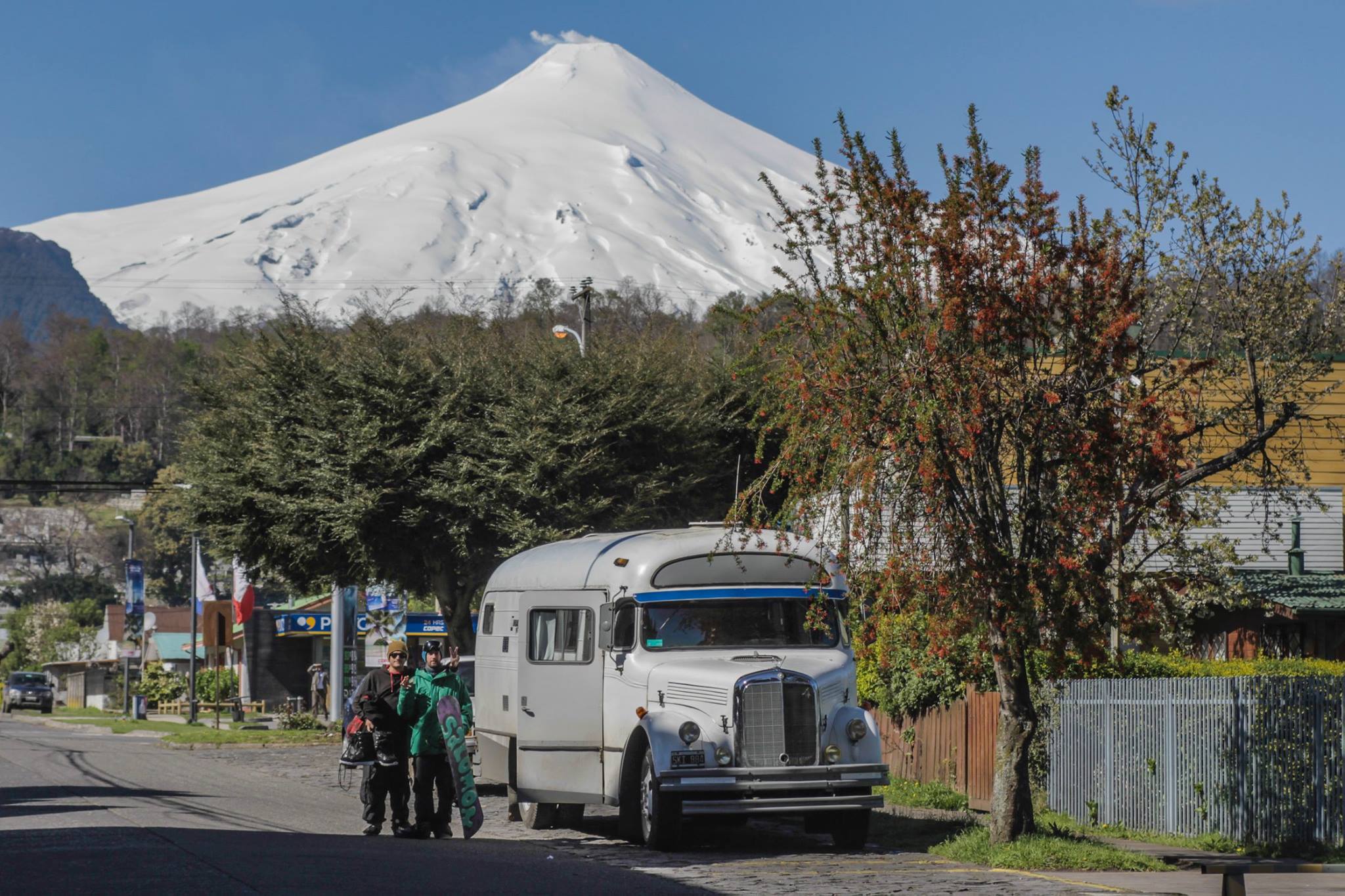 I’m French originally, but was traveling through Argentina. I have been traveling in South America for about 8 years. I have Argentine girlfriend, so I have been spending winters skiing down here as well. When I was traveling, I saw the bus for sale. I met with the guy who was selling it, and he was asking a really cheap price. Argentina is a bit crazy right now with prices, so I was surprised. 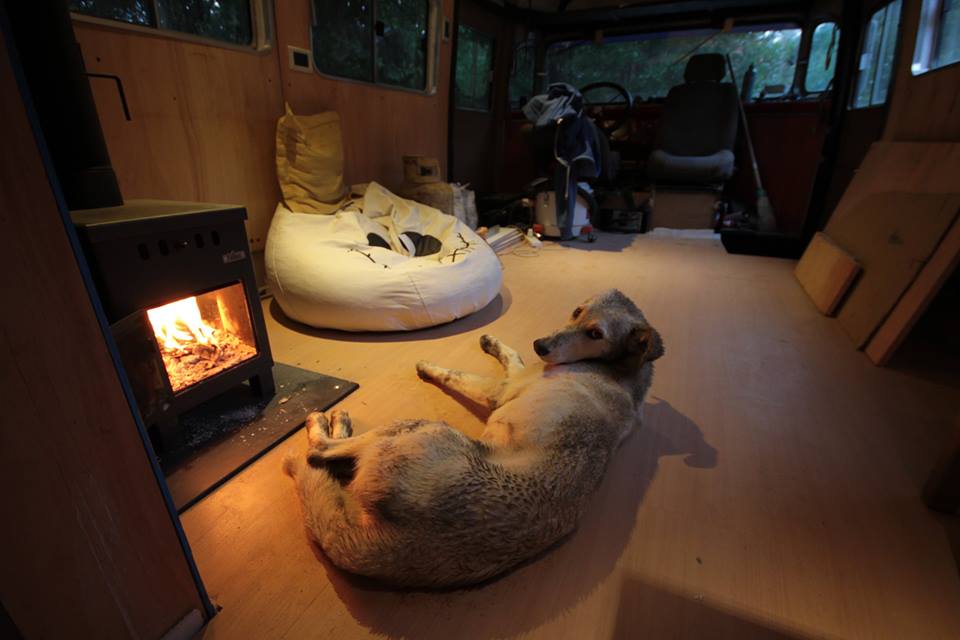 A pup enjoys the warmth of the wood stove inside La Chanchita. Photo: Manu Fombeurre

I started thinking about how I could use the bus, because I don’t have a lot of money. I was skiing for Faction and some other sponsors. I asked them if they were interested in the project. Everyone was stoked, so I bought it and started to work on fixing it up.

Describe the process of actually building the bus.

I don’t have much carpentry experience. My girlfriend’s dad is a carpenter. He has all the tools I need and would show me how to do certain things. I parked the bus next to my home and would work on the build there. When I had any questions, I would ask him. It was a slow process, because at first I did not know what I was doing, but now I have much more experience. 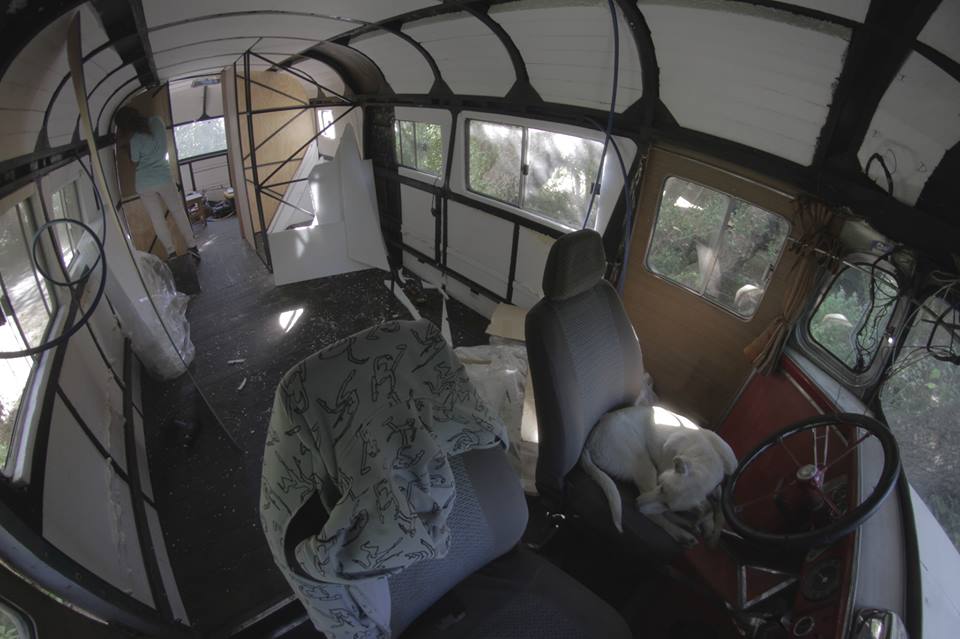 During the build and right after gutting the whole interior. Photo: Manu Fombeurre

What would you say was the hardest part of building La Chanchita?

The bathroom was the worst. I installed it during the beginning of the winter, so it was cold, shitty, and rainy a lot. It also took me a long time to design. I had an original plan but had to change it as I was building. I would run into a problem and have to figure it out. 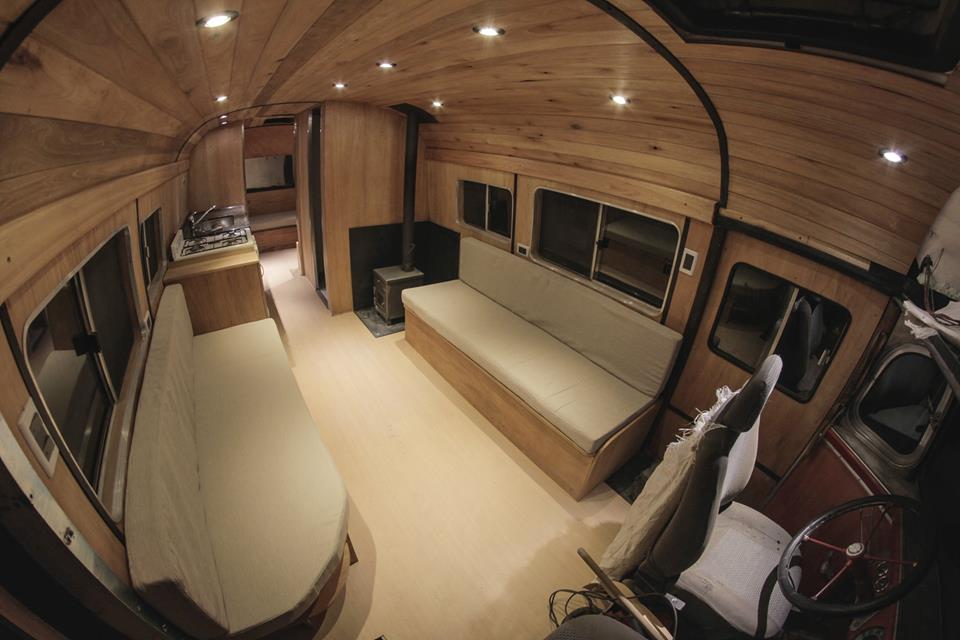 After the build. Did somebody say wood panelling? Photo: Manu Fombeurre

I think the hardest thing with a big project like this is the difficulty in getting materials. It is not like in Europe or North America, where you can go to a store and get everything you need. Everything I needed I ordered from Buenos Airies. I am in the south, in Patagonia, so it took a long time to get here. 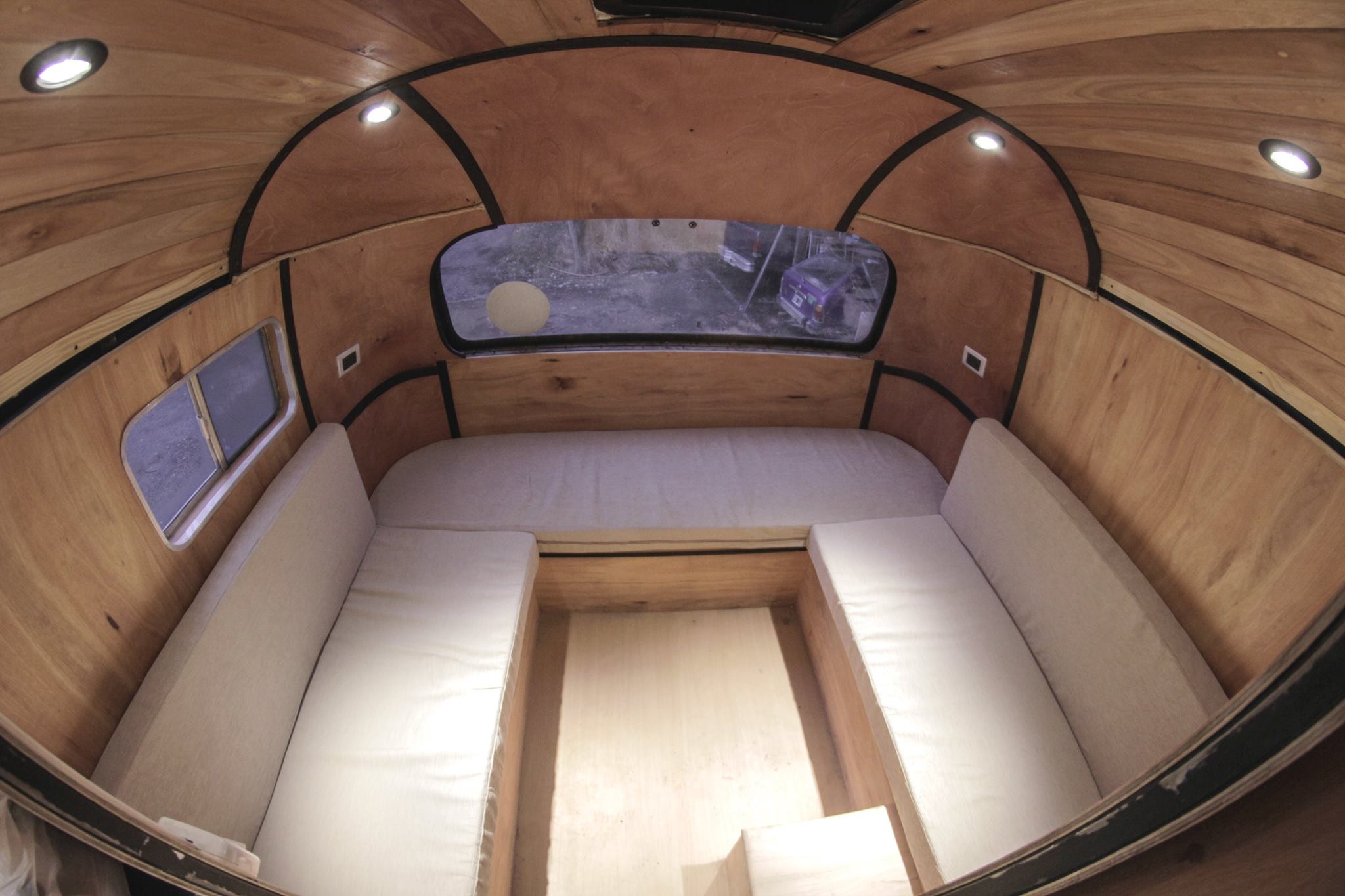 The rear compartment serves for additional lounging, or as beds for guests. 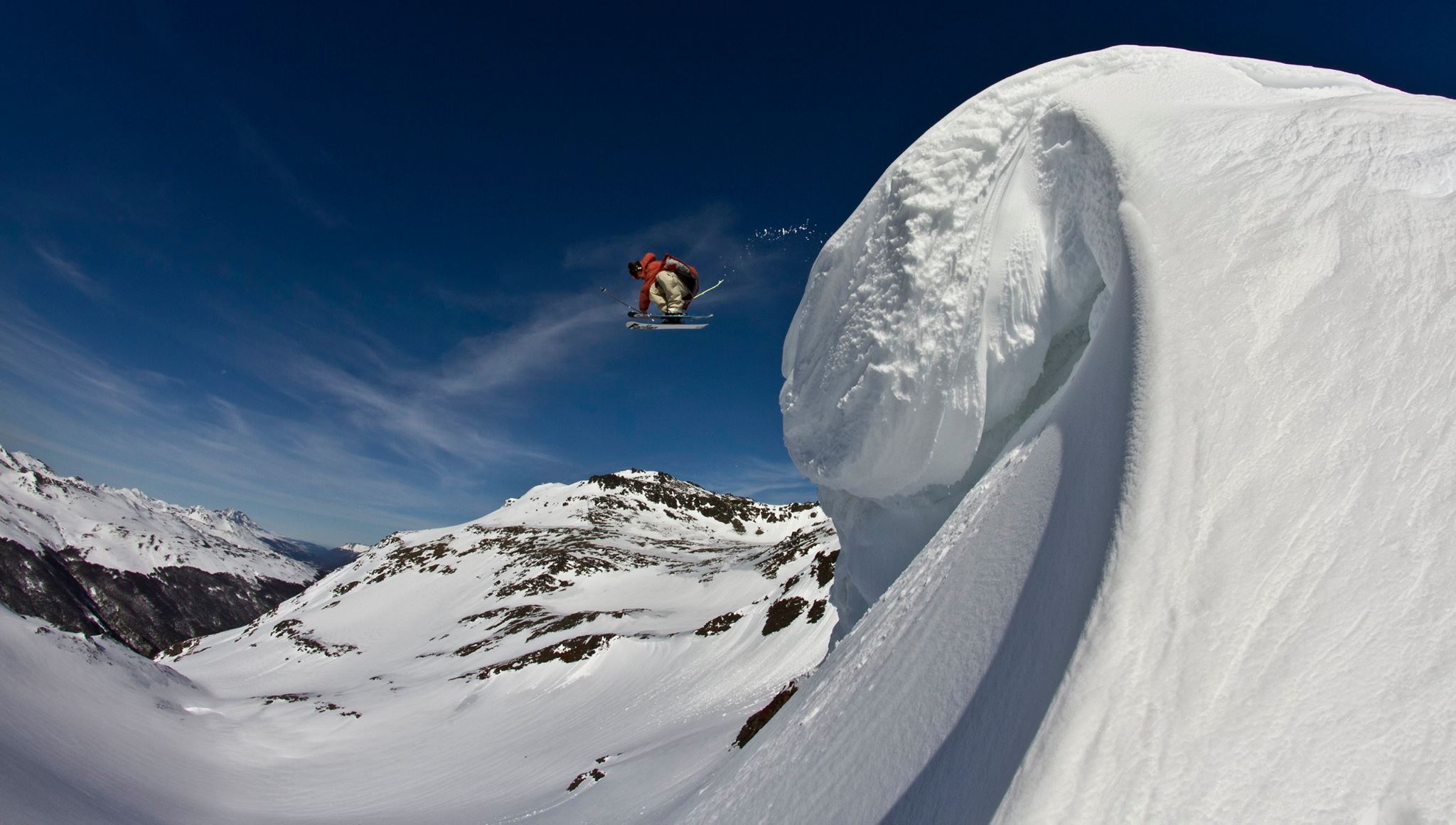 How did you come up with the idea to heat the bus with a wood stove?

The first time I traveled in Argentina, I met a guy who had an old bus like this one. It didn’t have a motor, and was just parked on the beach. He was a fisherman living in his bus, and had a wood stove for heating. I was like "Wow! This is so nice." So when I bought this one, I thought it would be so cool to have a wood stove. I researched to see if it was possible, and found some people who did it before. It worked really well; it keeps the inside very dry and warm. 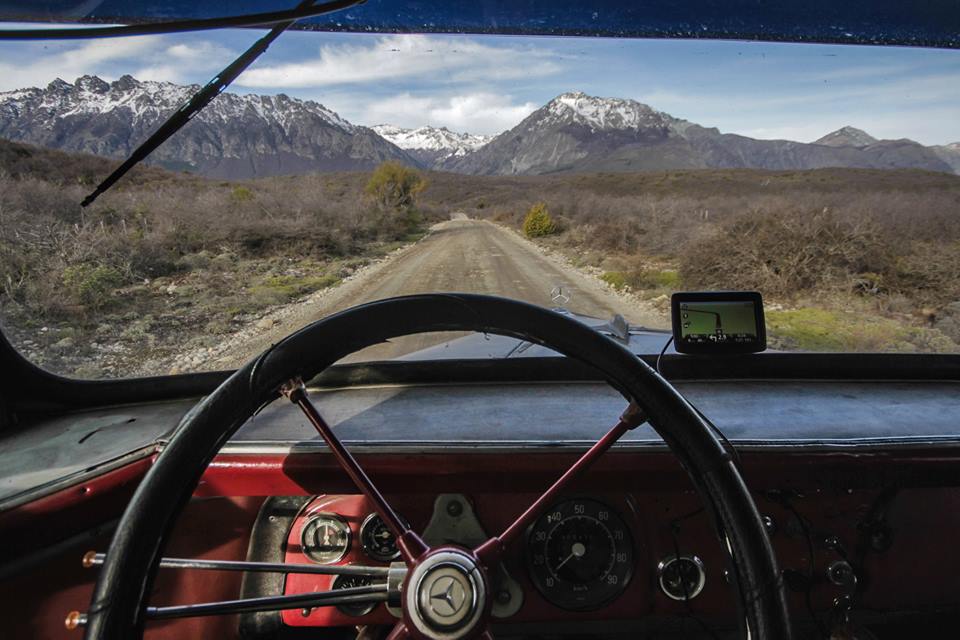 What is next for La Chanchita?

Originally, the idea was to make a big project with Faction. I was supposed to make an edit using the bus. This year, however, there was no snow and the bus was not done. So we decided to do it next year, which something I am excited to do. 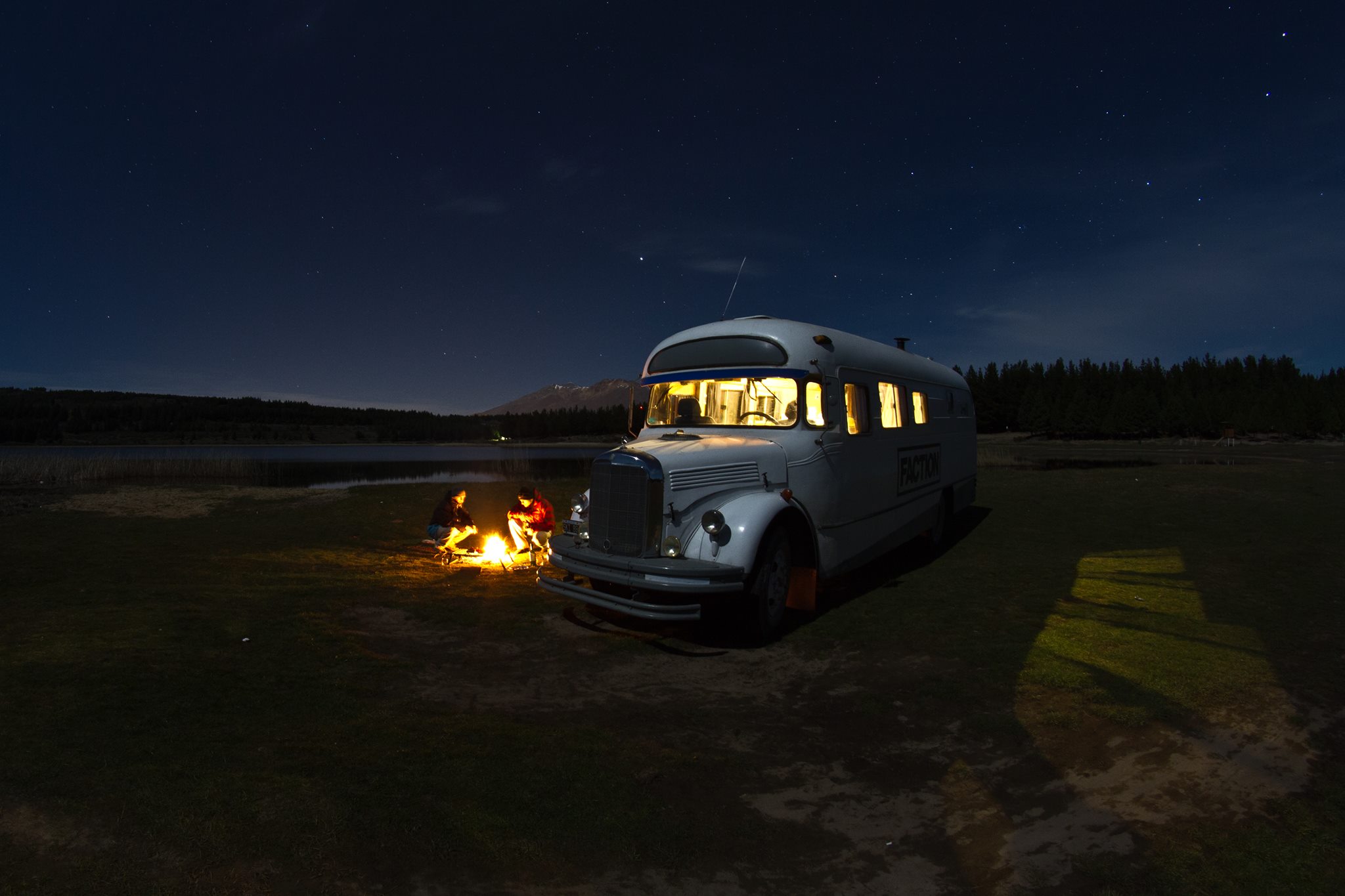 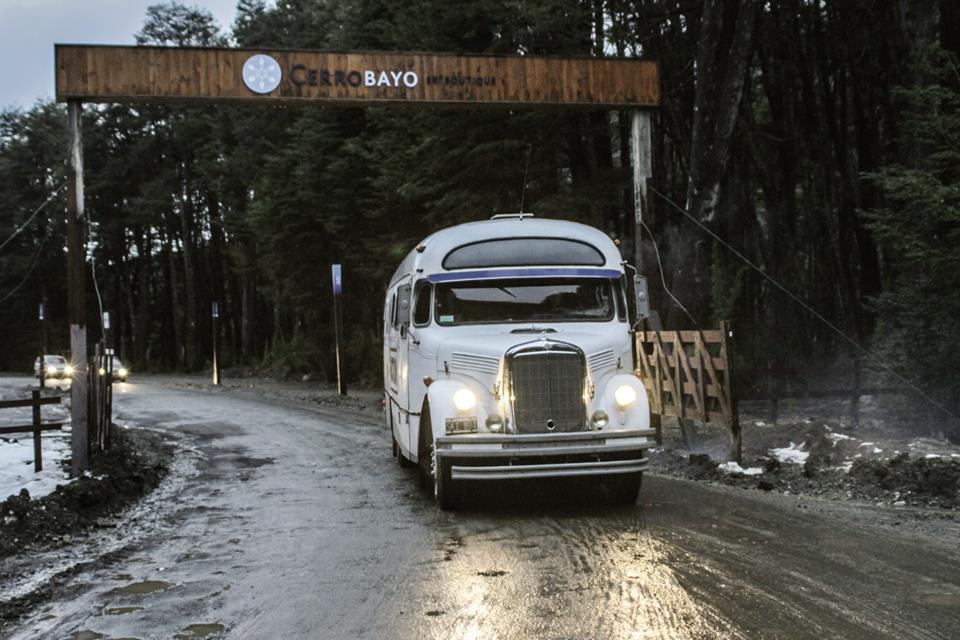 On the road rolling out of Cerro Bayo in Argentine Patagonia. Photo: Manu Fombeurre

At the beginning, I was not doing a lot of marketing because I wasn’t sure if it would work. Then when I started to do some stuff with Faction, tiny house blogs, and other websites, I started to get emails from people who wanted to hear about it. I already have some weeks booked next winter and am pretty sure it will be sold out. I have alot of people asking for spring and summertime as well. People are really interested because there is nothing like this available. 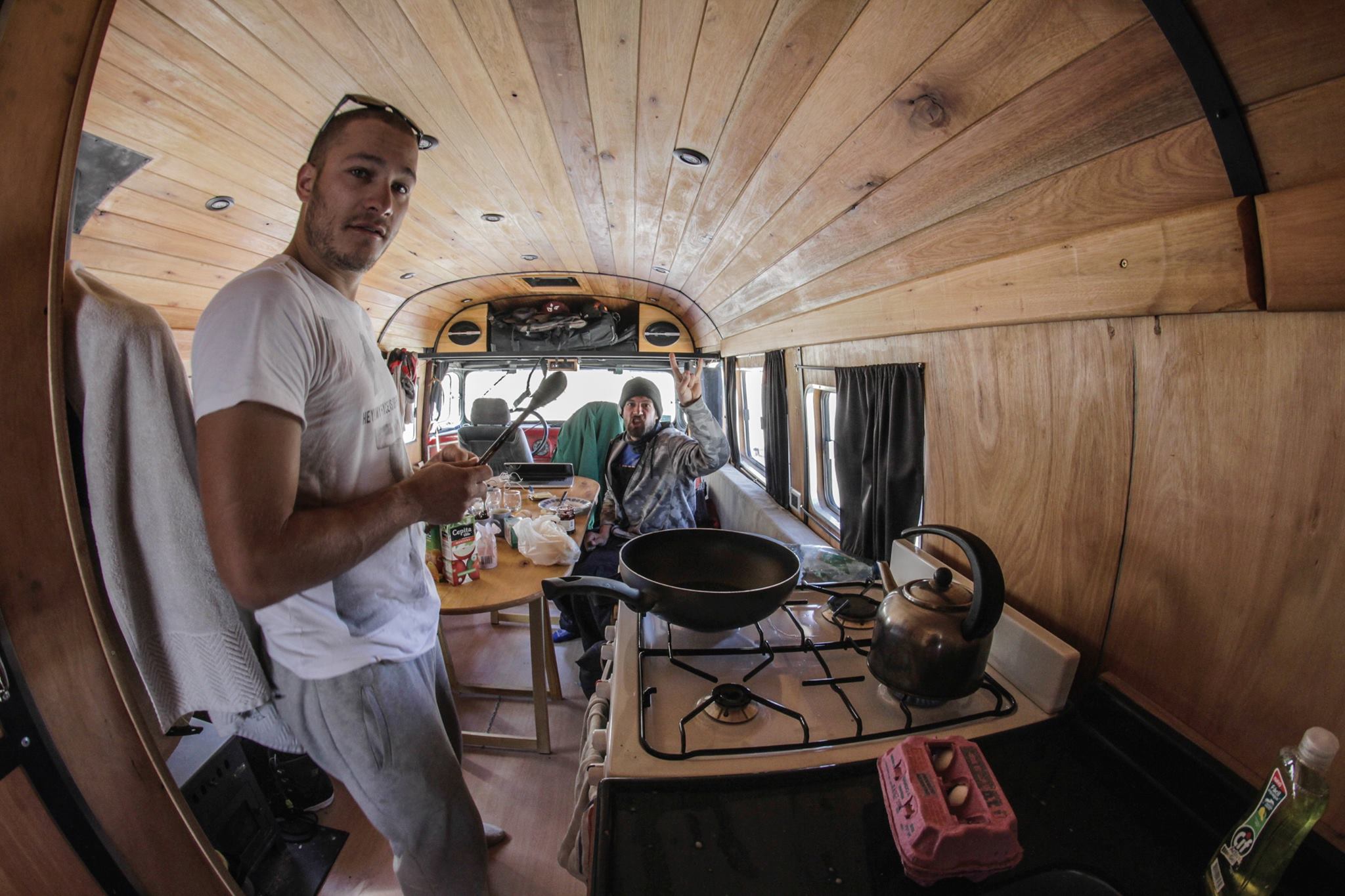 Want to learn more about La Chanchita? Check them out on Facebook.