Ski Utah guest blogger, Amy David, back to share a few legendary stories of local pioneers. Within every community, natural leaders tend to emerge to create a lasting impact. This episode highlights several influential women who have played an integral role in developing their local ski communities. We’ve got a few legends on our hands! To read the full story about each of these women, click here.

The ski industry has evolved immensely over the historic timeline; however, the heart and soul of skiing or snowboarding has remained true at the core. One definition of community is: a feeling of fellowship with others, as a result of sharing common attitudes, interests and goals. A definition of pioneers is: a person who is among the first to explore or settle a new area. The women celebrated in this episode are community pioneers. Each of these women could have a book written about their lives, so here is a small glimpse that will leave you wanting to soak up more of their stories and knowledge.

She’s known in her family as one of the hardest workers, and her genuine love for Beaver Mountain is contagious. Marge Seeholzer is a second generation owner and currently President of Beaver Mountain which is the longest originally family owned ski resorts in the United States. From starting the resort with no electricity, progressing to phones and generators, and now full electric power, Beaver has grown in infrastructure, yet the ski hill has maintained the core family atmosphere. 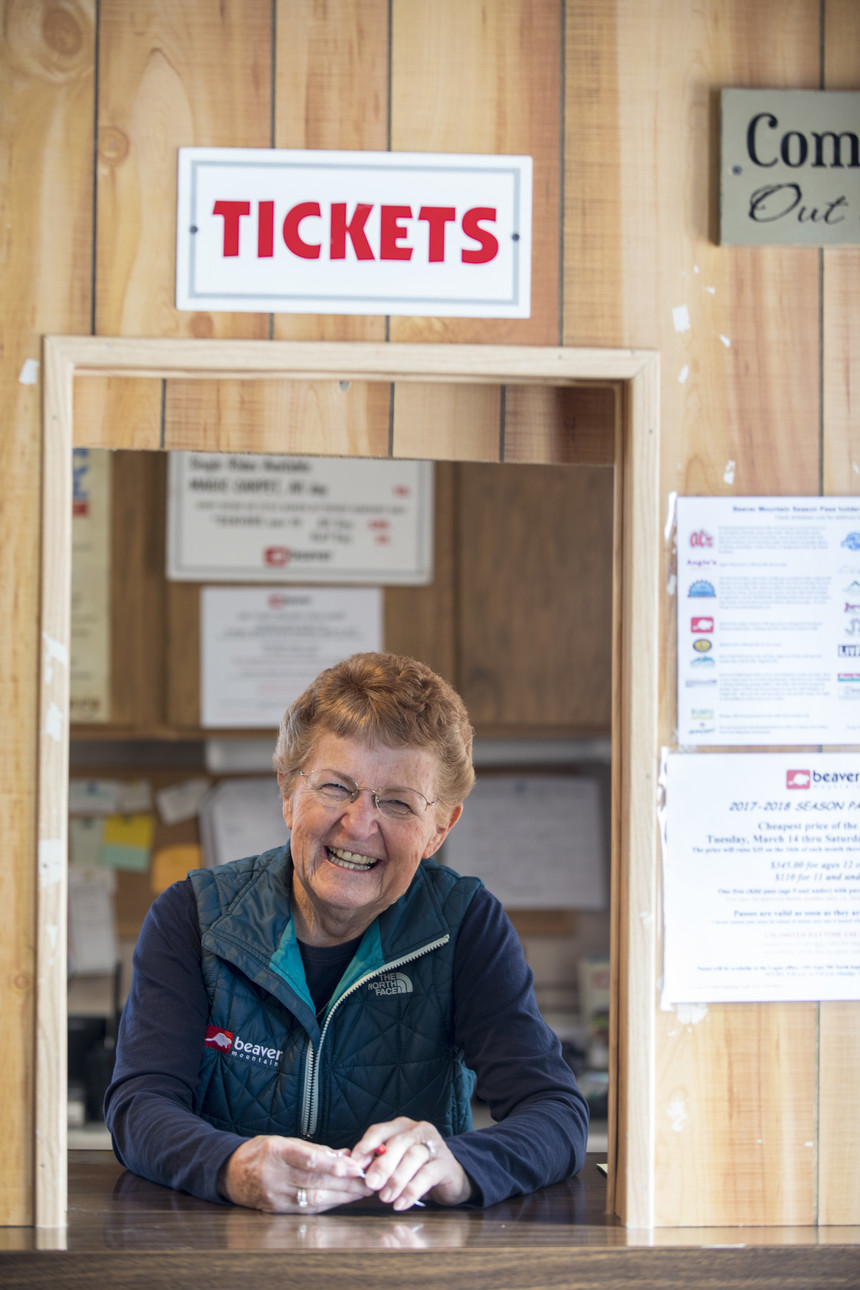 You better like what you say you’re going to do for an occupation because if you don’t it’s not going to turn out as well. I love it! I have so many people say to me, why don’t you retire? My kids have a hard time getting me to take a day off because I love it so much and I feel such a part of it.

A beloved character of Little Cottonwood Canyon, Connie Marshall, has been building a life within the Alta Ski Area community from the first day she stepped foot on the property in 1974. She landed at Alta and was immediately hired in the ticket office. Tickets were sold for $6.50 at that time, and after several years Connie was promoted to Director of Ticket Sales. During her time living at Alta, she met her husband and became a mother of three. As Alta grew, the media needs began to increase so the Marketing Department was created and Connie became the first Marketing Director which is the job position she holds today. 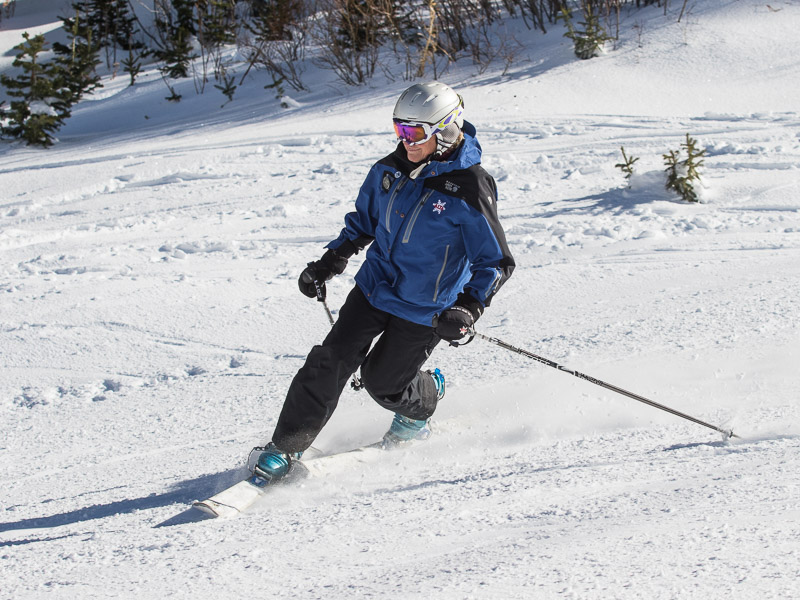 The singular piece of advice is to start understanding what makes you happy at an early age and also trying to put that into the context of you do live in a real world and you kind of have to fit in a little bit. Find where that place that you fit in is and grow yourself and also understand and love those people that you’re around because it isn’t a singular journey.

Here’s a woman who truly loves to teach and share her passion with others. Kipper Cluff has been skiing since she was two years old, and she has been a ski instructor for 31 years starting at Snowbird and now at Sundance Resort.Kipper has played a large role in teaching the instructors who then travel to work at various resorts around the state. With a magnetic personality she is a major role model in the Sundance community with core return clients and co-workers who become extended family. As a mother, wife, and leader in her work environment, Kipper’s love for the mountains transcends through the people she inspires. 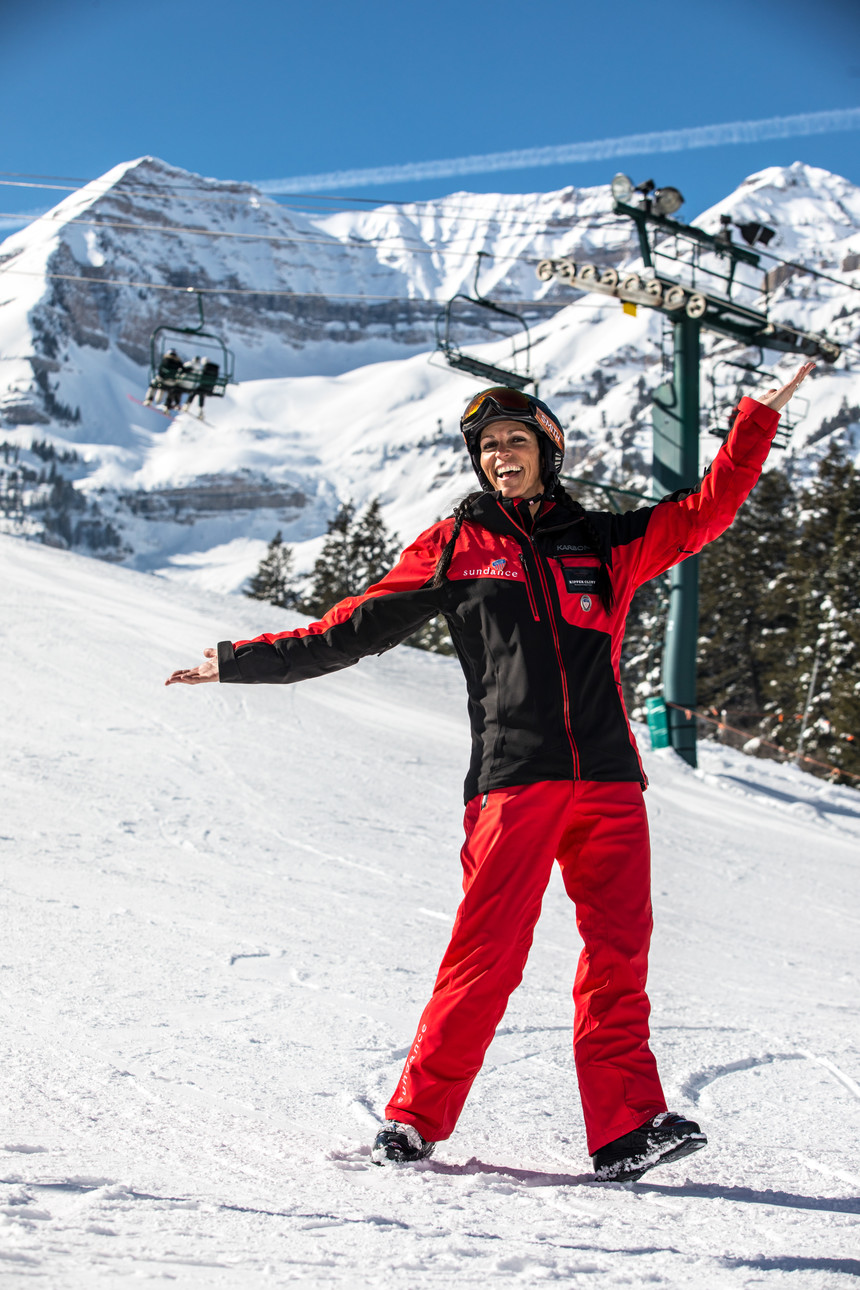 It’s so fun when you see their body and their mind connect at the same time and they do it, and you’re like, ‘yes that’s it!’ and you get chills. It’s so much fun to see somebody pick up on what you love so much.

I’m expressing gratitude to everyone who takes the time to read the stories of the Wild Women of the Wasatch! Stay tuned for the next episode which is bound to drop your jaw with rowdy boarder babes. Thank you to Ski Utah for sharing the stories and to Croshane Media for helping film and edit, not to mention always having a good attitude while chasing the Wild Women of the Wasatch! Until next time, keep up with my personal travels on Instagram @AmyJaneDavid.