Mike Douglas Ask Me Anything Recap 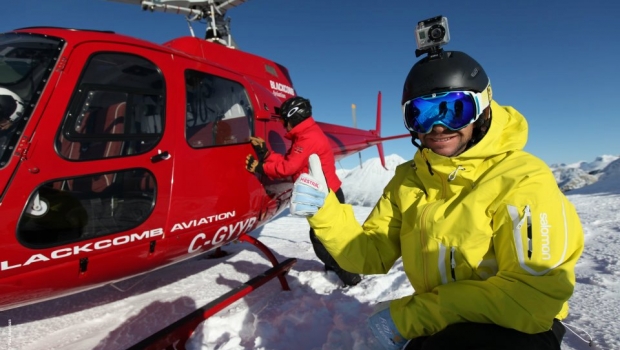 This past Thursday, Mike Douglas dropped into the TGR Forums for the latest edition of our Ask Me Anything series. Douglas was a founding member of the New Canadian Air Force, and an instrumental part in getting one of the very first and certainly the most significant twin-tip skis to market (the Salomon 1080). He invented the D-Spin, was featured in many Poorboyz and Matchstick films, announced at the X Games, and since founding Switchback Entertainment in the early 2000's, has been producing beautiful videos for Salomon Freeski TV and a host of other projects. Check out a brief recap below and read the whole conversation in the TGR Forums.

What did Salomon have to do on their end to build the 1080? Can you explain the back-and-forth with them on developing that ski? Was it a game-changer for them? And what was the experience like the first day you skied on them?

It was a bit weird at the beginning. I had the designs, but didn't want to hand them over until we had a signed contract. The first couple of prototypes were wack. Once we got together and talked design, it came together really fast. It was definitely a game changer. I've never heard the official sales numbers–I think they're too scared to let me know how much money they actually made on that ski. Salomon has been my best partner the whole way through my ski career. It hasn't always been a perfect relationship, but there is a mutual respect there. I've been with them for over 17 years.

What is the worst part about living in whistler?

I would say only having one gas station. It sucks having to line up for gas on the weekends.

How big is the budget for Salomon Freeski TV? 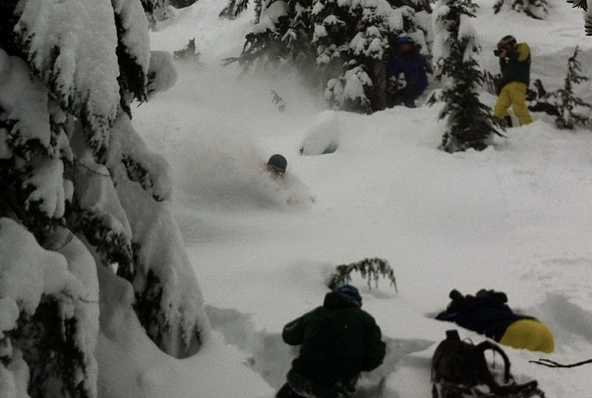 I'm not allowed to say, but it's comparable to a mid-range ski movie but quite a bit less than MSP or TGR.

Who is the hottest ski chica you ever bagged?

Thanks for all the FSTV episodes, still one of the best Internet series going, which episodes are your favorite?

You're welcome. It's hard to pin down a favorite, but I think Glastnost-Ski was the one where I felt certain I had the best job in the world.

Most underrated country for skiing?

It used to be Japan. Now... maybe Georgia.

Where so you think freestyle skiing (slopestyle/pipe) is going, especially with the involvement of the FIS?

Freestyle skiing is in a tough spot right now. Progression is reaching its limits of sanity and relatability. If everyone starts doing triples, it's going to get boring fast. The only future is creativity. I saw some glimmers of hope at this year at the X Games.

How was the transition from pro skier to the business/filming side of skiing? 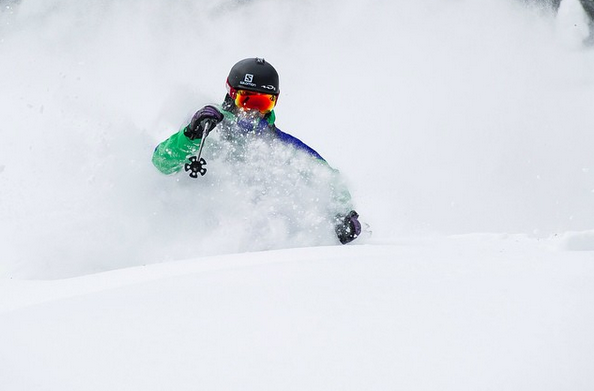 Mike can still rip with the best of them. Mike Douglas Photo

It's been a pretty slow and gradual transition. I've always been the oldest guy out there, so I always had one eye on the future to life beyond pro skiing. I didn't think I'd be able to be a pro skier this long. I've been dabbling in filmmaking for quite a few years. No formal training, just learning things from the people around me. I still have a lot to learn. Since I was the oldest guy in the scene back in the '90s, everyone told the media to go 'talk to Douglas'. I used to be terrified to speak publicly, but I felt pretty confident talking about skiing because I was living and breathing it. Confidence to do other stuff grew from there.

If you could have any non-Salomon skier in a Freeski TV episode, who would it be?

I’d really like to do a trip with Sage.

How have you matured as an athlete dealing with becoming older, a parent, risk management, and growing into later adulthood? Has this been an easy adjustment for you? 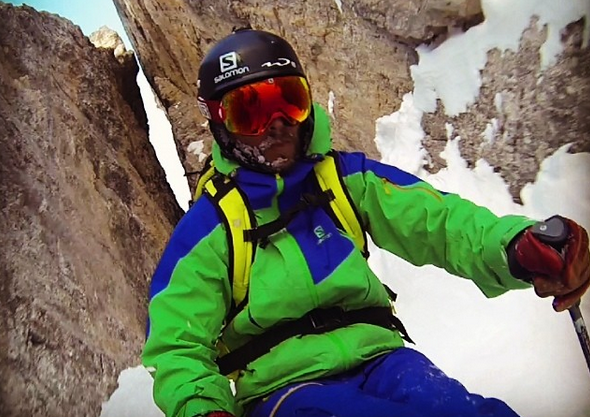 I am a parent now, and because of that I've backed off in the risk department. It's part of the reason I've pursued filmmaking. I don't want to be out there putting myself in risky situations 200+ days a year anymore. I'll still go out and push it a bit, but I'm much more patient and wait for the stars to align. The transition to this thinking was hard in the beginning, but it's become easier since I've gotten into filmmaking. I get a similar rush from a story coming together as I do from stomping a good line, so I don't really feel like I'm missing anything.

This next one may be tough… tell us about your favorite day of skiing with J.P. Auclair.

Probably that day we shot with Greg Stump for Fistful of Moguls. JP was there, and we were all stomping tricks for the first time, getting to work alongside a legend as we did it. I was on cloud nine for a while after that. Stumpy and I were just chatting about the magic of that day last week. 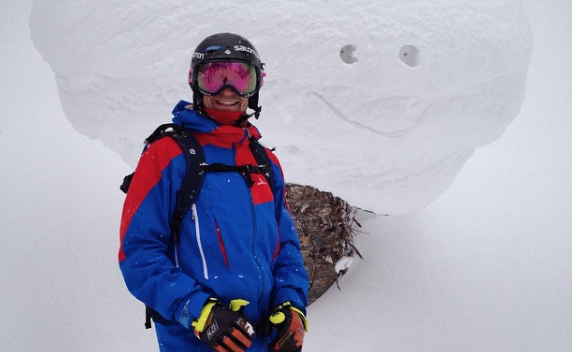 Ted Wardlaw, who used to be the marketing manager of Salomon USA, came up with that around 2002. I didn't even know about it until I saw it written in a Salomon ad in Powder. It was actually 'Godfather of New School' in the beginning, but morphed into Freeskiing somewhere along the way. The father of Freeskiing is probably someone way older than me.

Would you ski North Korea if Kim Jung Un sent a personal invite?

We were close to doing a SFTV trip to North Korea last year. I think if everyone spent more time skiing, the world would be a much better place.

Check out the full Ask Me Anything sessions and all 90 posts in the TGR Forums. Thanks for stopping by, Mike!