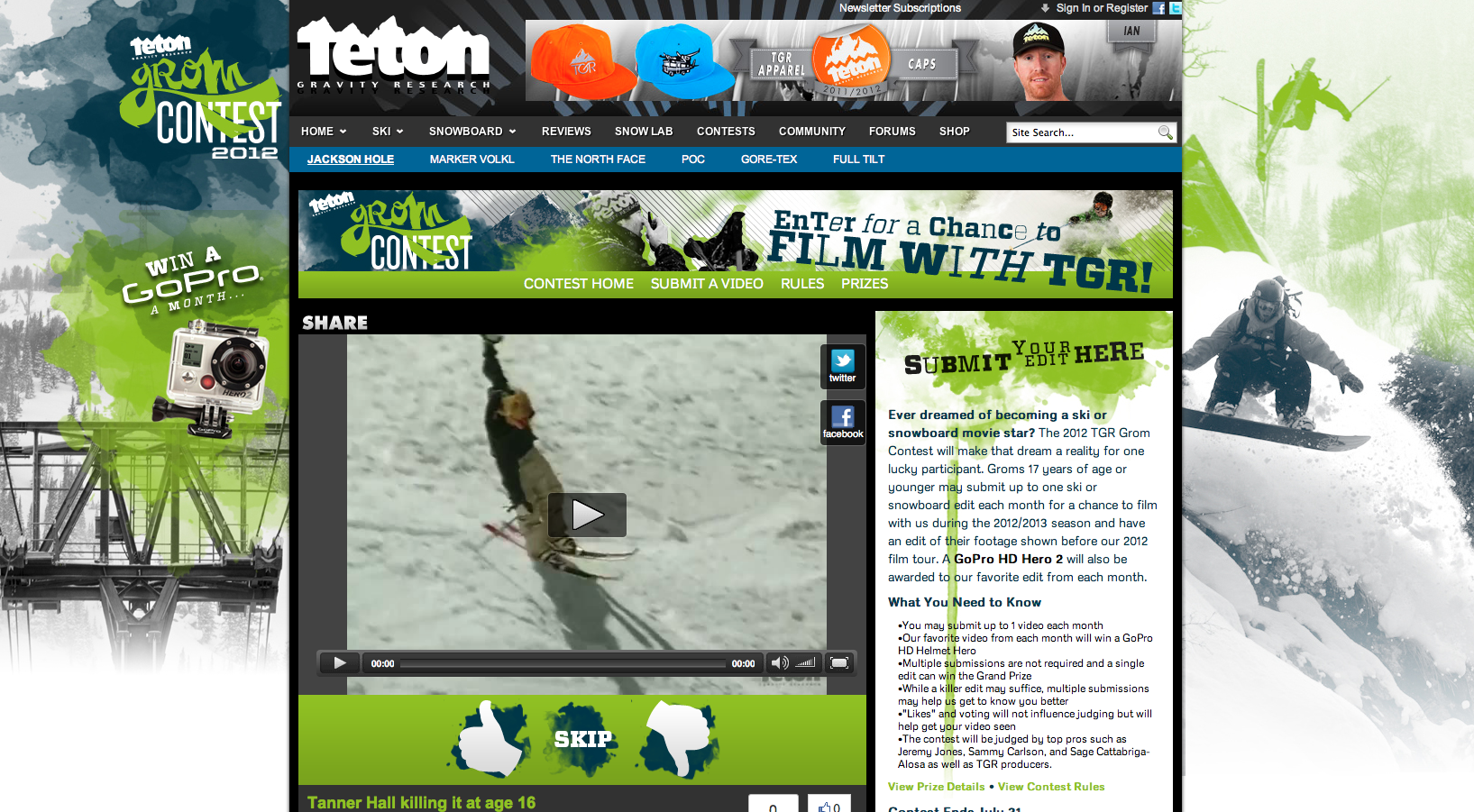 Ever dreamed of becoming a ski or snowboard movie star?

The 2012 TGR Grom Contest will make that dream a reality for one lucky participant. Groms 17 years of age or younger may submit up to one ski or snowboard edit each month for a chance to film with us during the 2012-'13 season and have an edit of their footage shown before our 2012 film tour. A GoPro HD Hero 2 will also be awarded to our favorite edit from each month.

What you need to know:

-You may submit up to 1 video each month
-Our favorite video from each month will win a GoPro HD Helmet Hero
-Multiple submissions are not required and a single edit can win the Grand Prize
-While a killer edit may suffice, multiple submissions may help us get to know you better
-"Likes" and voting will not influence judging but will help get your video seen
-The contest will be judged by top pros such as Jeremy Jones, Sammy Carlson, and Sage Cattabriga-Alosa as well as TGR producers.