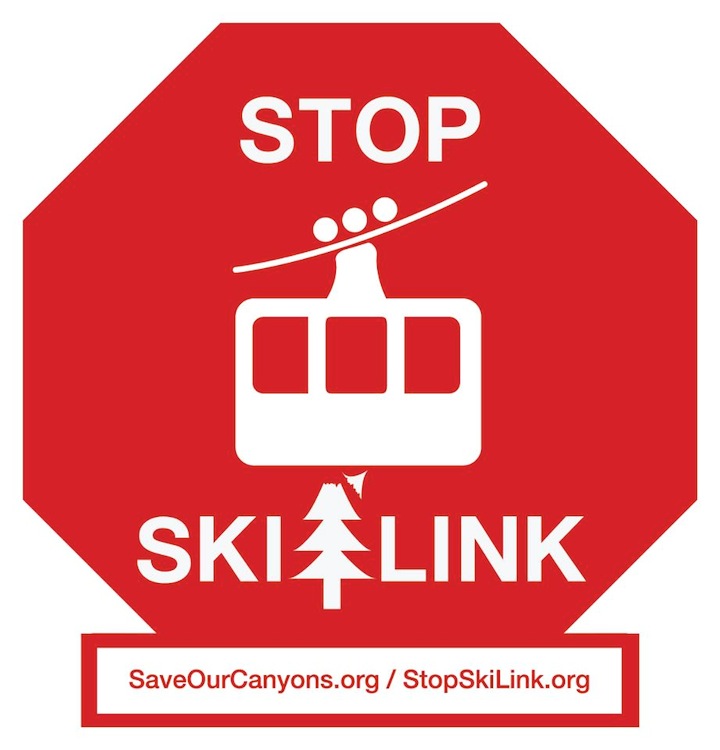 Black Diamond is at the center of growing opposition to the proposed SkiLink that would connect the upper part of the Canyons Resort in Park City to Solitude Mountain Resort in Big Cottonwood Canyon via gondola. The proposal would allow developers to bypass existing jurisdictional and environmental protections and require the United States Forest Service to sell 30 acres of public land.

“What is being publicly sold as a solution to traffic is a private interest land grab of some of the most pristine and heavily used recreational public land in the Wasatch for the benefit of a single real estate developer,” says Peter Metcalf, president and CEO of Black Diamond, Inc. “SkiLink threatens our precious watershed, and shuts out the interests of the multitude of existing stakeholders involved. The industry is against SkiLink but in favor of more sustainable and true Wasatch-wide transportation solutions that benefit all ski areas and the entire community.”

Salt Lake City Mayor Becker, Salt Lake County Mayor Corroon and a number of state legislators representing the impacted area and officials running for election signed the petition outlining their opposition to SkiLink as well. Additionally, the US Forest Service came out against SkiLink before the House Subcommittee on Forests, Parks and Public Lands.

Carl Fisher, executive director of Save Our Canyons explains, “SkiLink has garnered national interest because the public and business leaders understand that our local recreation economy is bigger than just linking ski areas; it is about protecting the many other multiple uses of our public lands, the values people have of them, the experiences they seek and unique landscapes that foster them. Beyond this, we remain concerned about the implications to the Salt Lake City watershed and the short sighted and seasonal approach to “transportation” which resulted without public input on an issue concerning public lands. There is much irony in the fact that snow sports companies are speaking out against what is being sold to the public as a pro-snow proposition – a proposition that is definitely not for the ski community at large. SkiLink is simply a vehicle to enrich a Canadian real estate developer at the expense of all outdoor enthusiasts.”