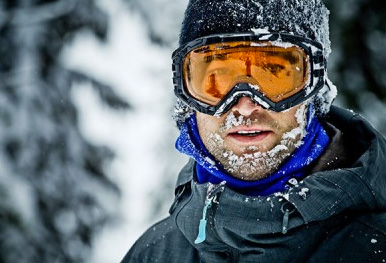 WHISTLER, BC – There are very few in the snowboard game who have earned such universal respect and status as Devun Walsh. One of the biggest names in the industry, Walsh has over 40 banger video parts to his credit filled with choker-deep powder, the biggest and baddest natural terrain, and ageless style. As king of the Whistler backcountry, Devun’s smooth style and uncanny ability to make snowboarding look fun in an age of huck and spin video-antics has made him a legend.

A backcountry rider with a skateboard-influenced style, Devun Walsh has partnered with infamous Wildcats member and long-time friend JF Pelchat by signing a deal with NOW Snowboarding which positions Walsh as a shareholder within the innovative new binding company.

“Devun is one of the most influential riders in the industry and we’re thrilled to have him on NOW,” comments JF Pelchat, inventor and founder of NOW Snowboarding. “Dev has been riding the binding since day one and has been instrumental in testing it, improving on it, and making it what it is today.”

NOW Snowboarding came to life in Pelchat’s garage six years ago when he started tweaking traditional bindings with technology borrowed from the world of skateboarding. Built around the NOW IPO hanger, the world’s first skate-influenced binding has a kingpin and bushings leveraging riders’ energy to create a smoother and more powerful ride while considerably reducing on-snow chatter and foot fatigue.

“I love the feel and control of the binding,” explains Walsh. “‎I've always been someone who rides a super tight binding with a big high back for control but it always hindered my tweak ability. NOW bindings have so much control that I can ride them loose and with smaller backs, it's the best.”

With the NOW IPO hitting stores across Canada and the US and winter right around the corner, NOW is excited to have Walsh do what he does best: continue to creatively pioneer the backcountry and document the magic, so we can all be continually inspired to shred.

Make sure to check out Devun Walsh along with his DC teammates in the new DC Snow film titled Must Be Nice, releasing today, Tuesday October 09, 2012 at 11 am PST.