The Tyrolean village of Fieberbrunn, Austria hosted a faultless last stage of the Swatch Freeride World Tour before the finals in Verbier, Switzerland. With 20 cm of fresh cold snow on a solid base, the athletes were fired-up to give the mountain their best shot and attempt to secure a place in the finals. The event village on the mountain was filled to capacity with over 3400 lucky spectators, witnessing the riders delivering an awesome performance.

The ski women started first and showcased high-level riding. It was a double win for Austria with local skier Eva Walkner displaying some impressive runs, proving she wanted the podium with a powerful, full-throttle line and big stomped airs.

“It is so amazing to win in Fieberbrunn!” Eva Walkner said. “The snow was perfect and everything came together exactly how I expected it to. It’s always difficult to manage risk and smooth, fluid skiing…but I did today in Fieberbrunn with a smooth, fun line.”

Swedish skier Christine Hargin, won the last event in Roldal and continued her podium streak with her aggressive lines. Today she was close on Eva’s heels with a second place. 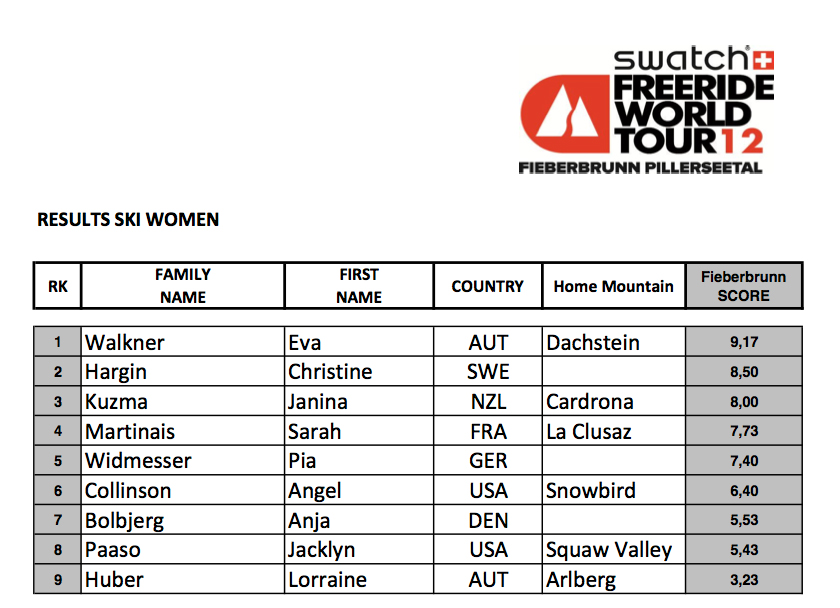 “I was really nervous before the event but now that I rode my line and won, the stress is gone,” Liz Kirstoferitsch said. 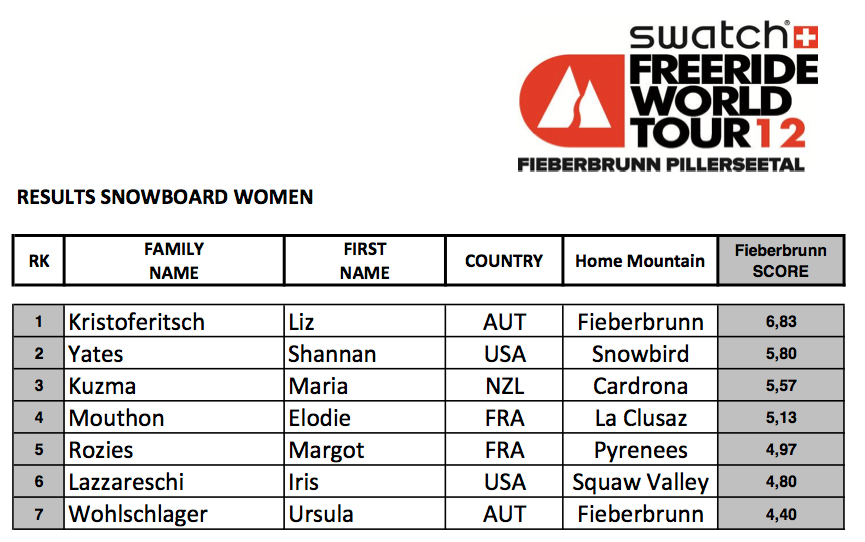 The fresh powder snow on the aesthetic North face of the Wildseeloder allowed the men skiers to show their very best performance and some amazing riding was witnessed. American skier Drew Tabke mixed high-level big mountain skiing with smooth freestyle tricks in his typical trademark style. A treat to watch, Tabke lit up the venue with his creative lines and massive 360 into a smooth backflip.
“Fieberbrunn is an awesome place to ski and the mountains here are amazing. I had a good line with a back flip and a 360. It’s going to be a close competition between Sam Smoothy (NZL) and I in Verbier,” Tabke said after his first-ever win on the Freeride World Tour, and now sitting on the second spot of the overall ranking.

Despite Sam Smoothy going a bit too big today and crashing, the New Zealander still tops the overall ranking.

French Rookie Kevin Guri, finally got to show the world how good he is and charged into second place with a huge double air and screaming-fast line. It’s young Guri’s first podium on the tour. As always, the Swedish bullet Reine Barkered fired a high-speed line with stomped airs bringing him to a third place finish. Some other impressive lines come to mind like Swiss Richard Amacker finishing like a boss with a frontflip and three straight jumps in a row or his fellow country man Samuel Anthamatten and German Tom Leitner pulling off a huge 360 on the middle cliff.

With a rough crash early in his line, previous favorites such as Oakley White-Allen (USA) were not able to hold it together for a good score. 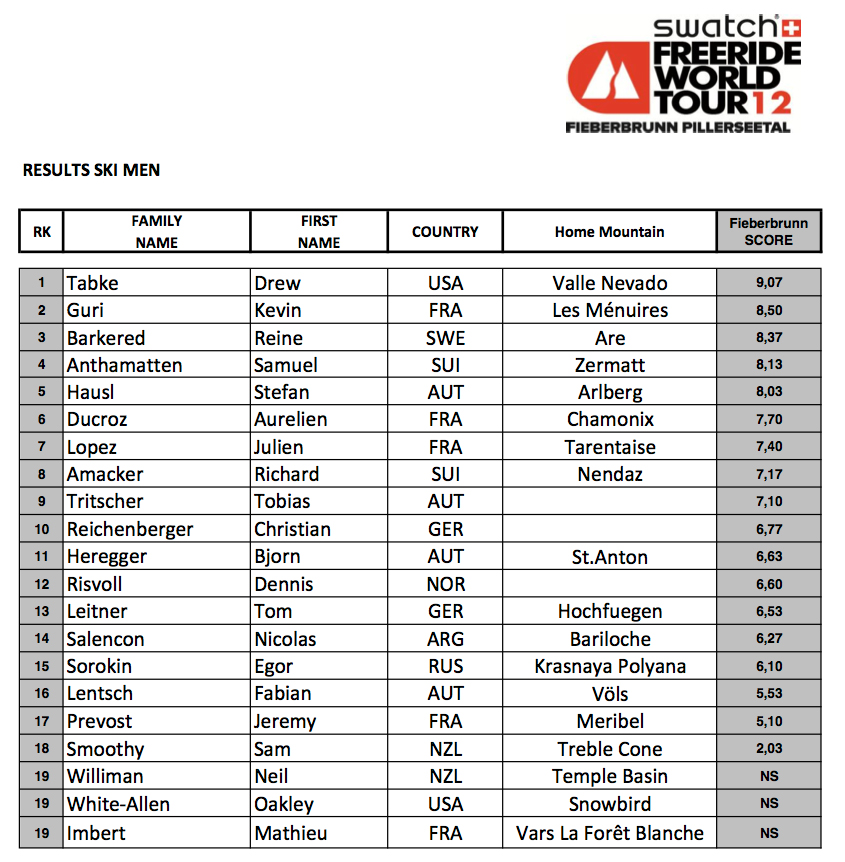 French athlete Jonathan “Douds” Charlet rode a creative line with a technical couloir entrance and a couple of solid airs. Douds creative approach was enough give him first place finish and raise the bar for the other snowboarders.

“My run was very good. Many people took the line I initially intended to ride, so I chose a new one where nobody else went. I had jumps and I had a straight line. And we had good powder! Now I have the chance to win the tour in Verbier!” He said.

Local Austrian and veteran rider Flo Orley delivered his patented solid line style and technical riding. As impressive as Orley’s line was, it was not enough to place an Austrian on the top of the men’s snowboard podium. The French big mountain rider Aurélien Routens rode a powerful line with a big double-set air that brought him into a respectable third place.

It’s all on for the finals in Verbier! 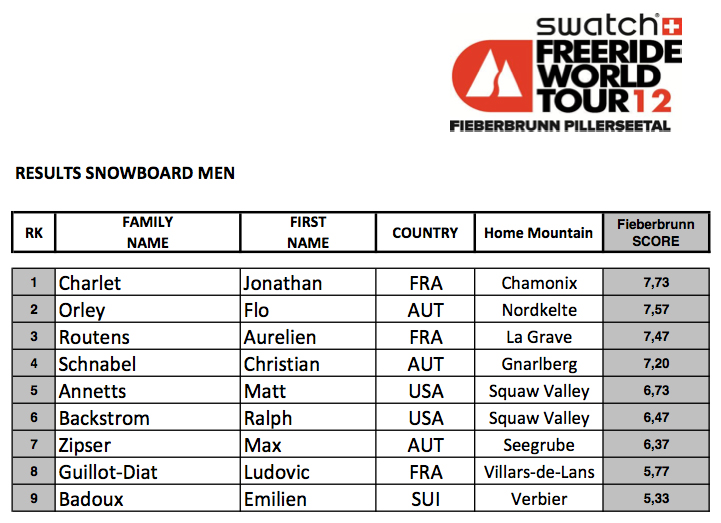