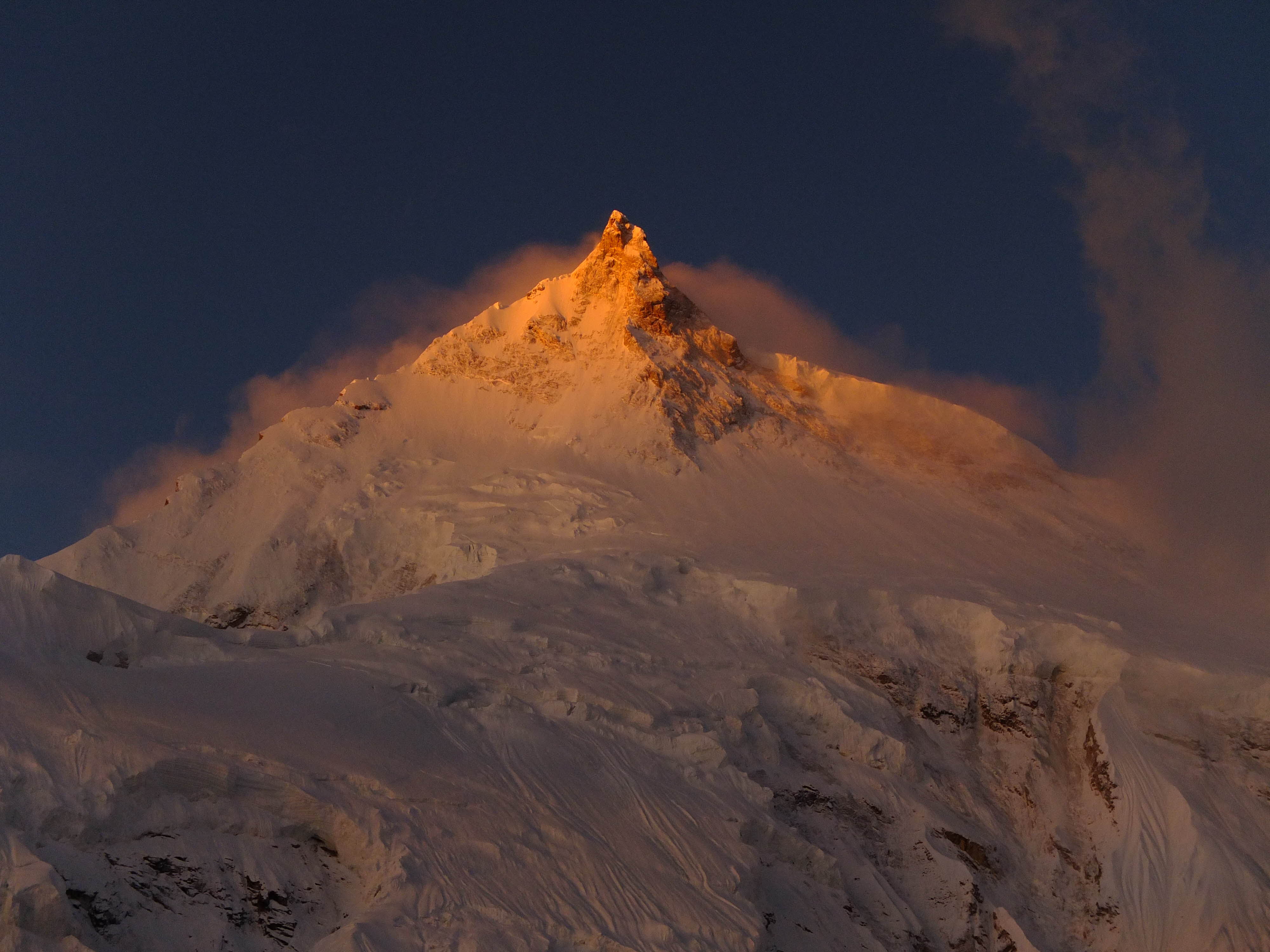 Located in Nepal, 8,156-meter Manaslu is the world's eighth-highest mountain. Early Sunday morning an avalanche ripped through Camp 3 at 6,800 meters down to Camp 2 at 6,300 meters.

Eleven people are reported dead and six are still missing after an avalanche on 8,156-meter Manaslu - the world’s eighth-highest mountain - ripped through Camp 3 down to Camp 2 at 4:45 a.m. Sunday morning. A serac fall is the reported trigger of the avalanche. Legendary extreme skier Glen Plake was in his tent at Camp 3 with skier Greg Costa when the avalanche broke loose. Chamonix guide and skier Remy Lecluse was in a tent near Plake and Costa at the time of the avalanche. Canadian skier Greg Hill was at Camp 2 and helped with the search. Both Plake and Hill are alive. Lecluse and Costa are still missing. As of Monday morning, the search has been called off.

“It was 4:45 a.m. and I was in my sleeping bag with my headlamp on reading my devotional when we heard a roar. Greg looked at me and said, ‘That was a big gust of wind.’ Then a second later, 'No, that was an avalanche.'

“I was swept 300 meters over a serac and down the mountain and came to a stop still in my sleeping bag, still inside the tent, still with my headlamp on. We all went to sleep with avalanche transceivers on, so I punched my way out of the tent and started searching.

“I searched for 10 minutes before I realized I was barefoot in the snow.

“Greg had been using my down suit for a pillow and I found my suit. I found everything that was in my tent – camera, sleeping bag, ski boots. It was like someone had thrown my gear in the back of a pickup – but there was no sign of Greg. Rémy and his tent are nowhere to be found.

"The Dynafit crew [Canadian skier Greg Hill's team] were sleeping at a high Camp 2 and were immediately on site to rescue people. Sergio, Stephane, Doji our Sherpa – all strong alpinists – have all come up to search. We’ve done three searches but when the fog rolled in we had to call it off. It was a massive serac fall, probably 600- to 700-meters across. It’s a war zone up here.” 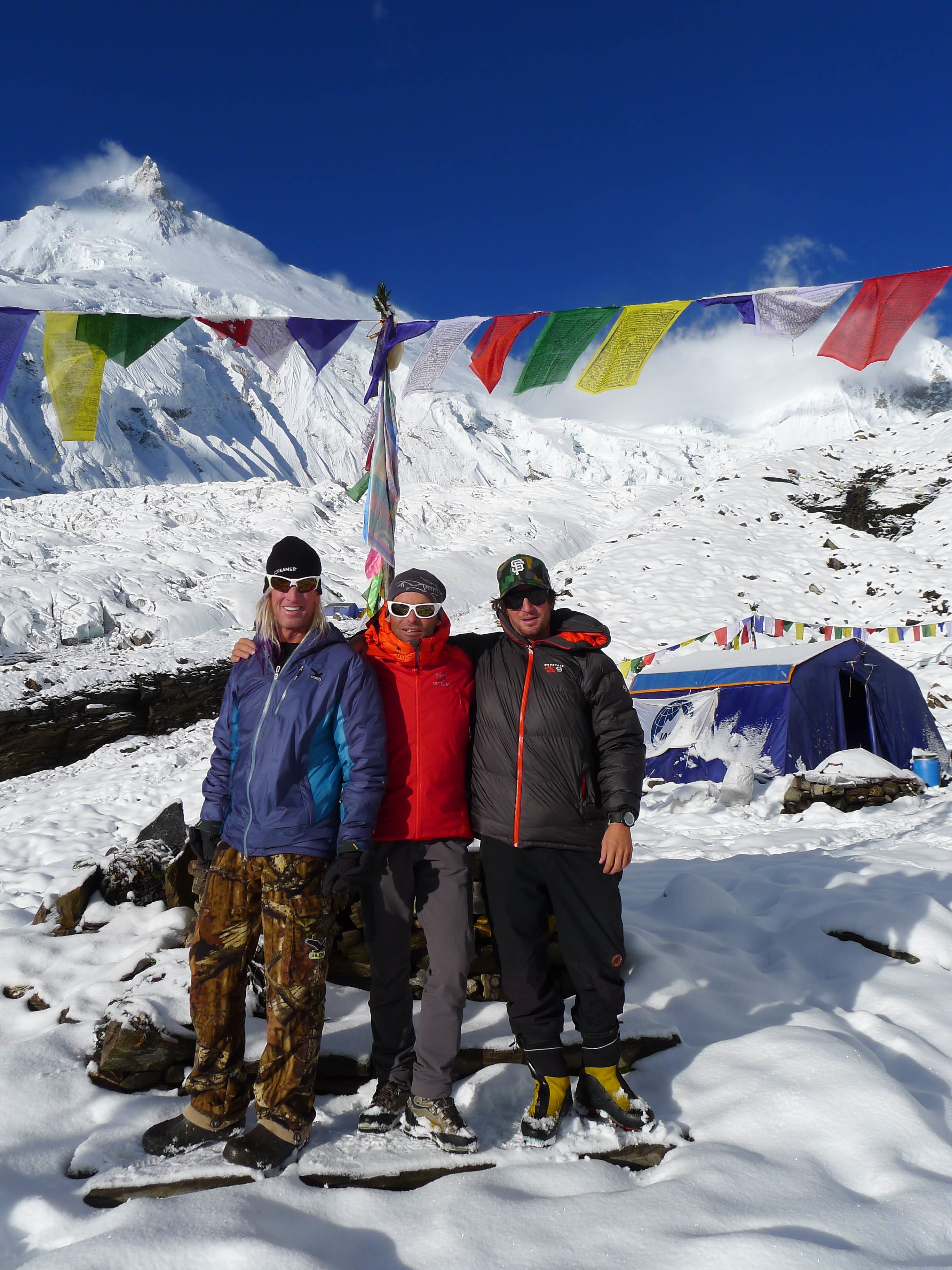 Here is the latest from EpicTV: A press conference just took place at the town hall in Chamonix, France. Jean-Louis Verdier, deputy mayor, and Christian Trommsdorff, director of the SNGM (French Mountain Guides Syndicate), explained that, “The rescue teams feel they did all they could to find further victims, but they have now given up all hope of finding any more survivors. The search has been called off for good.”

It was initially reported that seven French alpinists had been killed or were missing, though this number has now been brought down to six. The seventh person is actually a Canadian national. Among this list of six French victims are: two guides who are reported dead, one guide missing, two clients dead and one client missing. Their names will be released in another press conference this afternoon as some families have yet to be notified.”

There were still five injured people at base camp this morning, they were taken to Kathmandu today. It is believed that one of these people is a French alpinist who was dug out of the snow in a deep state of hypothermia.

The town of Chamonix also expressed their deep gratitude to the Nepalese rescue teams who “reacted very quickly and were on site in record time. This is the first time that Nepal has put such big means into place, proving that they are no longer behind. They have done their very best and we thank them for their hard work.”