Killington, Vermont - It clearly wasn’t an easy day to be a Dew Tour judge after the battle that went down Sunday between Louie Vito and Iouri “I-Pod” Podlatchikov in the snowboard pipe finals at the Pantech Invitational in Killington, Vermont.

Vito was holding on to the lead after his first run with a score of 94.75 that set the bar high. There were some falls from a lot of the heavy hitters, nearly guaranteeing Vito the win.

But with I-Pod still in the mix, that quickly changed, and in the end, the win went to him for his score of 96.75 on his second run. The run started off with a Cab 7 crippler into back double 12 into front 10 to cab 10. 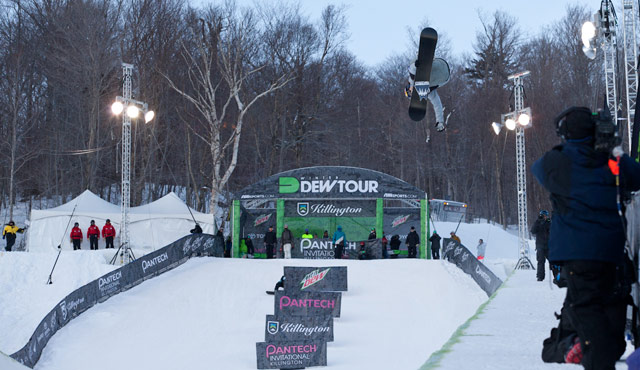 “I’m really happy I put down my back 12,” I-Pod said. “It’s always really special to pull out that trick because it’s real dangerous in these conditions. This is the iciest pipe I’ve ever ridden.”

Vito fought back as the last rider to go, and like a true competitor he nearly challenged I-Pod's lead with an impeccable second run that improved upon his results. Vito’s run started off with a double crippler, into backside 5, frontside double 10, cab double 10 to finish with a frontside 10 to score a 95.25, but it wasn’t enough to unseat I-Pod.

“I hate losing no matter what,” Vito said. “I-Pod put down a run and I can’t control what he does. I just try to go out and put down a run, but now I need to step it up and make sure there’s no question.” 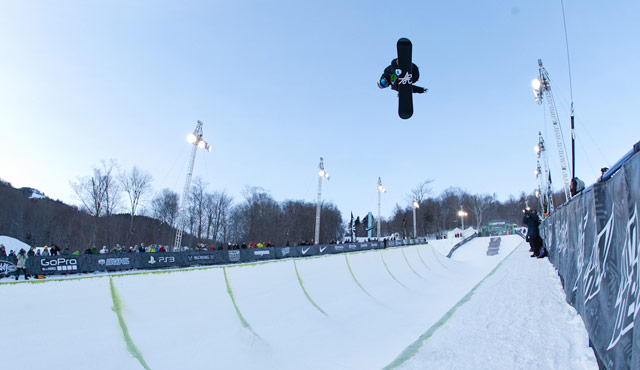 Louie Vito puts down his run.

Matt Ladley finished third after a solid showing. He’s coming off a wrist injury with recent surgery and 13 screws in place, but after his riding tonight it’s clear he’s back in top form.

Nearly all of the Frends crew made it to Finals, along with heavy hitters I-Pod and Vito. Another finalist worth noting was 14-year-old Kyle Mack, a former Gatorade Free Flow Tour winner that's making his way into the big leagues. He hails from Danny Davis' home mountain in Michigan. 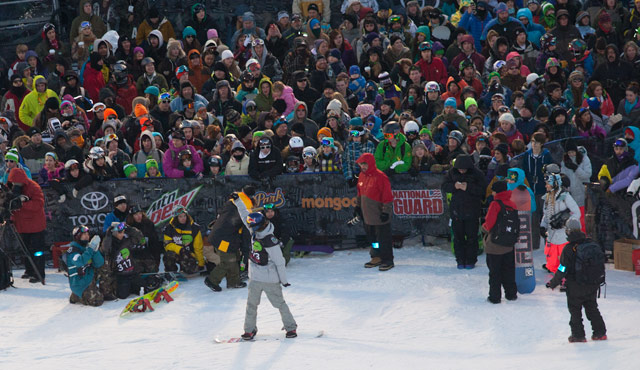