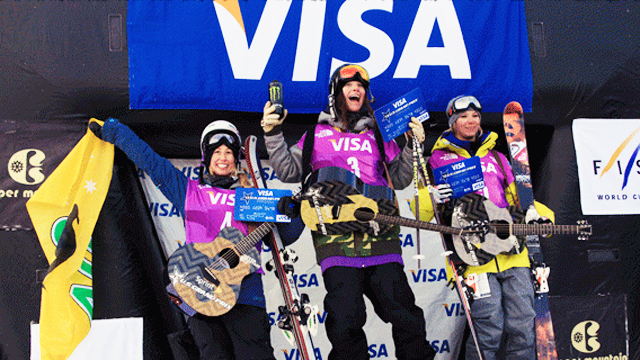 “I am so happy!” said Keri Herman. “At Dew Tour in December I finished dead last and this is great! It’s so cool to have won both FIS World Cup’s so far; it’s a real honor to represent the USA at the top of the podium. I tried so hard to grab well in my run and it worked out. The field of competition was tough and I am lucky the score from my first run held, because I fell on my second run. This is such a good confidence booster heading into X Games.”