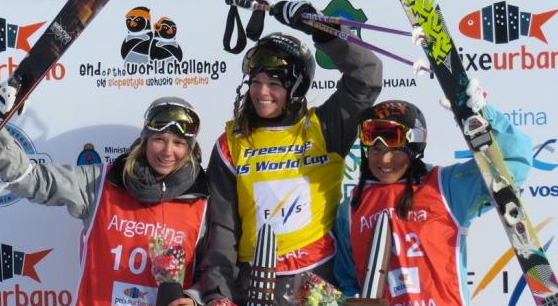 “This feels amazing and almost surreal. It hasn’t quite clicked in yet because I am so far away from home,” Keri Herman said. “It’s been a great week in Argentina and I had some time to figure out what I needed to do to win and I did it.”

The next chance for athletes to qualify will be Jan. 11, 2013 during the Visa U.S. Freeskiing Grand Prix at Copper Mountain, CO – part of the winter-long Sprint U.S. Grand Prix series.

Slopestyle and halfpipe skiing will make their debut at the 2014 Olympic program in Sochi, Russia. The Olympic qualifying period provides individual athletes with opportunity to achieve required international ranking in order to be eligible for Olympic selection and helps the USA earn the maximum number of nation's quota spots.