The Mountain Rider’s Alliance has partnered with Skilogik to produce a custom, limited-edition ski graphic for the 2011-12 winter season. A portion of the proceeds will go to the MRA and MRA’s new nonprofit partner, the Native American Olympic Team Foundation. The graphic will be available on just 500 pairs of skis.

MRA’s co-founder Jamie Schectman found out about the Native American Olympic Team Foundation, a nonprofit started by Olympian and Ski Hall of Famer Suzy “Chapstick” Chaffee, in a recent Powdermag.com article and was inspired to reach out and create the joint fundraiser.

The NAOTF inspires ski areas to invite nearby tribal youth to ski and snowboard and thrive again in their beloved ancestral mountains. The nonprofit supports Olympic dreams by providing access to coaching, equipment and lift tickets.

Thanks mainly to Chaffee’s celebrity and fundraising efforts, ski areas have given health and life-lifting opportunities to thousands of underserved tribal youth. The ultimate goal of the NAOTF’s efforts is to produce Native American Olympic athletes. Now in its sixteenth year, there are several promising young downhill and Nordic athletes in training.

Chaffee’s involvement with Native Americans began in 1995 in Telluride after she spent a day teaching a Lakota-Sioux named Rollingbears to ski with a free lift ticket from Telluride Ski Company. Touched by the gesture, Rollingbears led a ceremony that purportedly saved the resort from a snowless Christmas holiday. Telluride’s marketing director, Mike Hess, was so grateful he gave Rollingbears a season pass and helped Chaffee start a program to give nearby Ute tribal youth the opportunity to ski and snowboard for their first time. After Suzy witnessed what she says were three more weather-related miracles in mountain communities, she was convinced of the real power and connection Native Americans have with Mother Earth and as she says, “the importance of giving Her appreciation.” 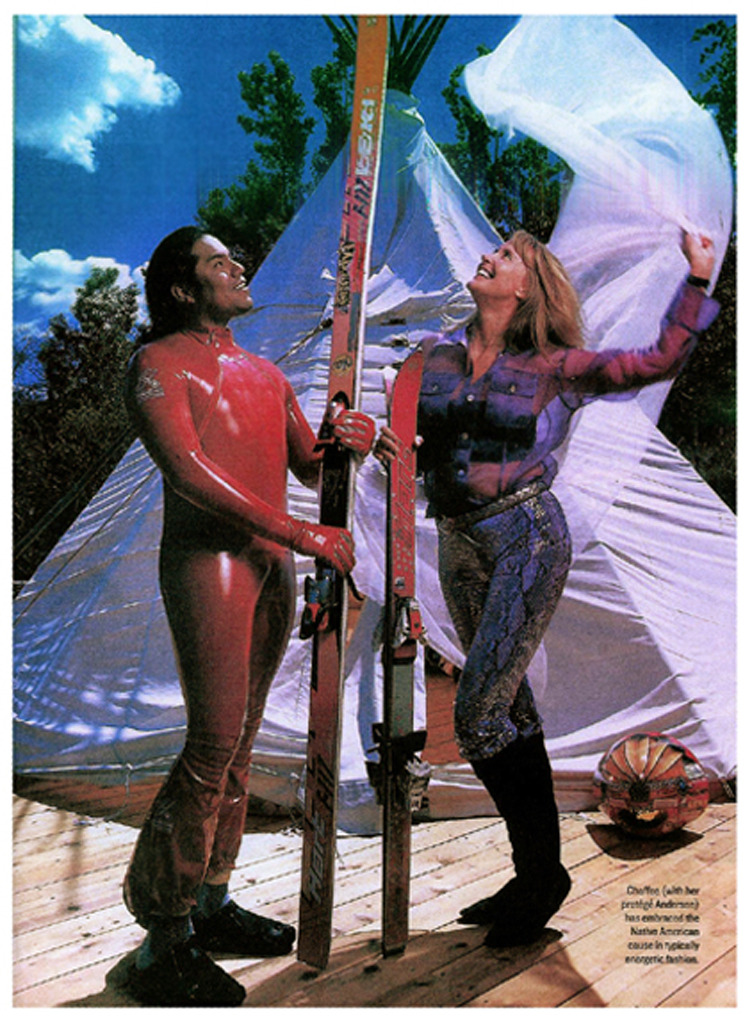 Chaffee found herself spreading these programs to resorts across the U.S. and Canada, creating a bridge between ski communities and thousands of tribal youth who previously had little to no access to these expensive and far-away resorts, many of which are on their ancestral lands.

Chaffee has funded the foundation primarily with her own resources, along with donations by mountain communities grateful for the tribal snowblessings. Recent supporters have included Colorado’s Ute Mountain Casino and New Jersey's Mountain Creek Resort, whose owner Gene Mulvihill became a believer in the good karma when a massive blizzard last season left his resort packed with visitors, and again after he only lost a few trees in the disastrous hurricane that tore up much of the Northeast earlier this fall.

Chaffee remains as passionate about her causes as she is about skiing, which she sees as a “beautiful dance down a mountain.”

Chaffee used her celebrity and courage from the 1968 Olympics to raise millions of dollars from Pepsi and Colgate to start women’s freestyle skiing. She also led the Title IX March in Washington, D.C., to give women equal opportunities in school sports and education. Outside of her current efforts with Native Americans, she is also working to produce a 100 percent organic lip balm and a variety of efforts to fight diabetes in Native American as well as Mexican communities. 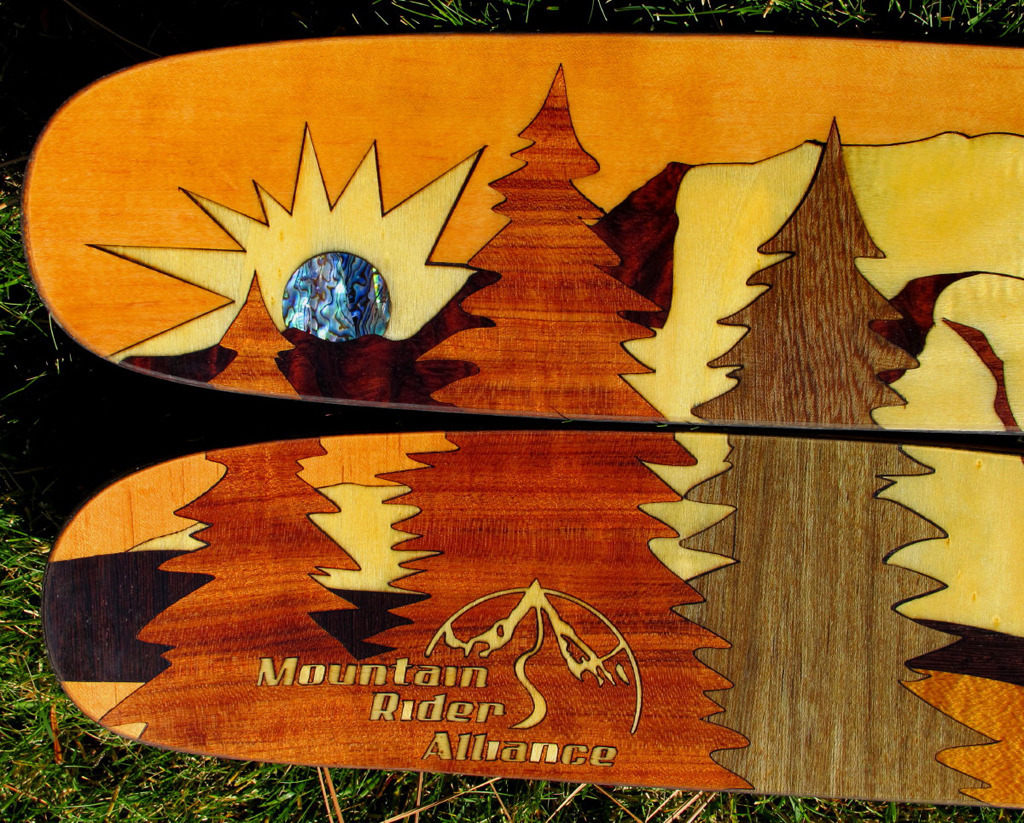 Skilogik was chosen to be the fundraiser’s ski manufacturing partner as both Chaffee and Schectman believe that the upstart Colorado-based company is the leader in sustainable ski manufacturing. Skilogik uses 95 percent sustainably harvested woods in their skis and works with the Nature Conservancy to plant one tree in the Brazilian rainforest for every pair of skis sold. All MRA limited-edition skis will include a Skilogik ski of your choice with the custom MRA handcrafted wood topsheet depicting the Manitoba Mountain landscape, an MRA t-shirt, stickers, and ski strap, a small block of organic GreenWax, a $100 coupon toward a future MRA Mountain Playground Membership, a tree planted in the Brazilian rainforest, and $35 of the profits will go to the support the Native American Olympic Team Foundation, which could raise over $17,000 in critical funds. To buy the boards and support two great organizations, visit the MRA website.

David Ingimie, President of the SnowSports Industries of America, graciously donated gear to 45 tribes “to help create a generation of healthy Native Americans Olympians.” To make 2012 as smooth as possible, he joins NAOTF in urging all ski areas to invite 15-20 tribal youth in December for a day of skiing and snowboarding and share a Gratitude Snowdance. And if the youth fall in love with the sport, he urges ski areas to follow the "Telluride-Ute Future Olympians Ski & Snowboard Program" where Ute students can ski or board for $15 per day, and their chaperones $30. The ski school donates a few lessons and ski shops share rentals as their contributions to the snowblessings. This thoughtfulness has inspired Elders to lead Gratitude Snowdances that have helped save ski areas from droughts since 1963, including leading up to the Utah Olympics. For more, visit snow-riders.org. 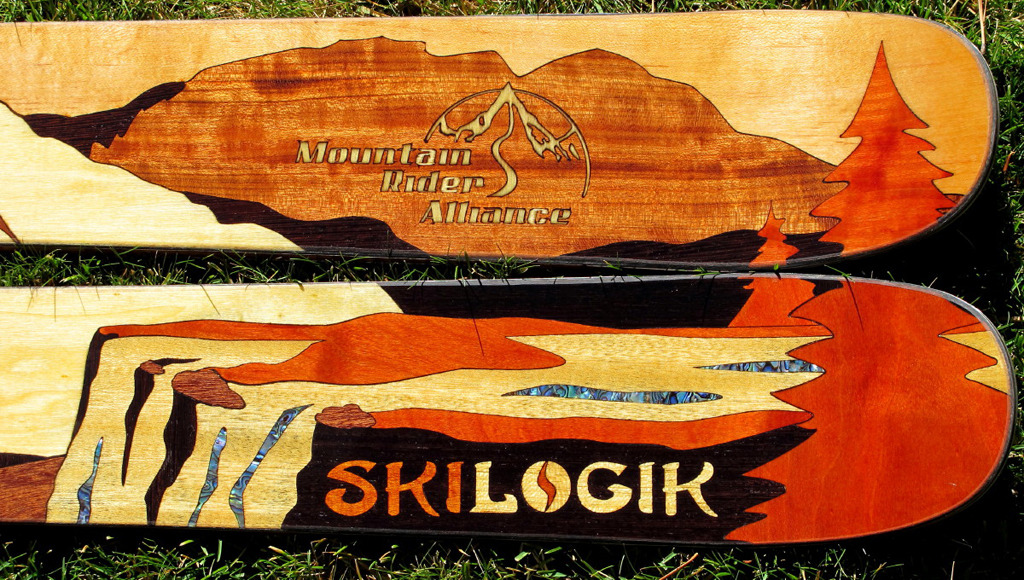