Copper Mountain, Colorado — With a host of new action sports events on the docket for the 2014 Olympics just two years away, the U.S. Ski and Snowboard Association (USSA) formally announced 2011-12 U.S. Snowboarding and U.S. Freeskiing teams Friday from its training facility at the Sprint U.S. Grand Prix at Copper.

The announcement includes first year teams in slopestyle snowboarding and skiing, as well as halfpipe skiing – all the result of decisions by the International Olympic Committee (IOC) earlier this year to bring the events into the 2014 Sochi Olympics. The USSA named 21 athletes to U.S. Snowboarding halfpipe and slopestyle teams, and 17 to U.S. Freeskiing.

Halfpipe athletes have had outstanding training in Copper's early-opening 22-foot pipe and competed in the Sprint U.S. Grand Prix opener this past weekend at the Colorado resort. 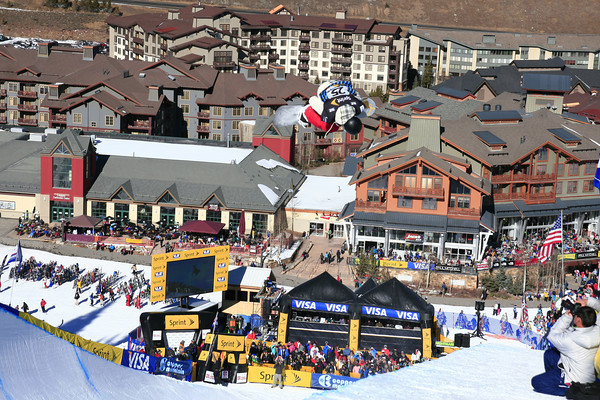 As a part of the Copper announcement, the inaugural U.S. Snowboarding Slopestyle Snowboarding Pro Team was named. Olympic halfpipe bronze medalist and multi-event threat Scotty Lago (Seabrook, NH), along with Sprint U.S. Grand Prix and Euro X Games winner Chas Guldemond (Reno, NV), were among those selected. Holding the coaching reins for the 2012 slopestyle crew is former U.S. Snowboarding athlete Bill Enos, who comes to the team from Waterville Valley.

"With the inclusion of slopestyle snowboarding in the 2014 Olympics in Sochi, naming this team is a natural step for us," said U.S. Snowboarding and U.S. Freeskiing Director Jeremy Forster. "We're supporting a great group of Olympic medal potential athletes and we look forward to working with this amazing group of riders as we head toward Sochi."

One of the most recent sports to be added to the winter Olympic lineup, slopestyle snowboarding features a stylized course featuring kickers, rails, boxes and other freestyle features that riders will incorporate into their runs.

According to Guldemond, being named to the team means more opportunities for him to take his riding to that next level. "It's something new for the organization. It's a really exciting change and shows the growth in snowboarding," said Guldemond. "The benefits U.S. Snowboarding can provide for me will help take my snowboarding to the next level, as well as the other riders. Having a national team will allow riders to progress that much more."

The season kicks off for slopestyle snowboarding Dec. 15 when the Winter Dew Tour touches down in Breckenridge, CO. Key events in the season including the Sprint U.S. Grand Prix in Mammoth Mountain, CA, X Games, Dew Tour and the Feb. 10-19 TTR World Championships in Oslo, Norway.

Joining them for her second year on the Pro Team is 2010 Euro X champ Kaitlyn Farrington (Sun Valley, ID), who picked up an opening win in the Copper Grand Prix a year ago as well as second in X Games, plus two-time Olympian Elena Hight. Matt Ladley (Steamboat Springs, CO) moves up from Rookie to Pro Team following his big win in the Sprint U.S. Grand Prix in Mammoth Mountain.

The Pro Team opens its season in the Sprint U.S. Grand Prix this weekend. In addition to the Grand Prix, the comp lineup for the season will be the Dew Tour, X Games, U.S. Open and other major international competitions.

"There's an amazing depth of talent on this team with six Olympic medals," said Jankowski. "We've had great early season training here at Copper and are anxious to get into the pipe for competition this weekend."

The vets are not the only snowboarders taking to the pipe as the Rookie Team was also announced led by Benji Farrow (Ludlow, VT) who was recently fifth in a FIS World Cup. Spencer Shaw (Stratton Mountain, VT), who took second at the 2011 Mammoth Grand Prix and Taylor Gold (Steamboat Springs, CO), second place in the 2011 Junior Worlds halfpipe, also highlight the team. The women's squad is led by 15-year old Maddy Schaffrick (Steamboat Springs, CO), who scored a 2009 Grand Prix podium at the age of 13 along with Serena Shaw (Stratton Mountain, VT). 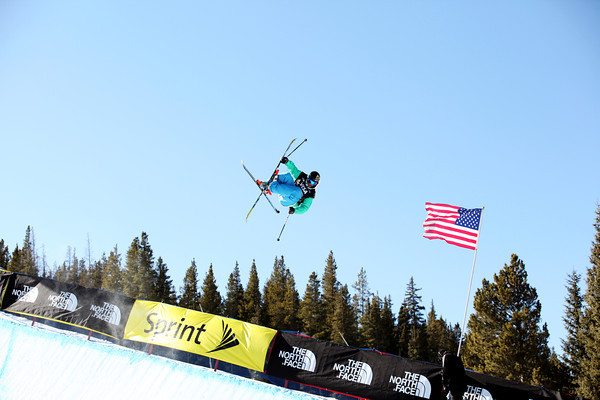 David Wise of Reno, Nevada, airs out of the pipe at Copper Mountain this past weekend. Wise was officially added to the U.S. Freeskiing Halfpipe Pro Team on Friday.

The USSA also confirmed the halfpipe and slopestyle skiing teams it nominated earlier this year as a result of the IOC decision.

Slopestyle skiing was incorporated as an Olympic sport this past July. Athletes are judged on runs in which they perform tricks on a series of jumps, rails, boxes and other features of a manmade slopestyle course.

The Halfpipe Pro Team kicked off its season at the Visa U.S. Halfpipe Grand Prix in Copper this weekend, with the Slopestyle Pro Team on course next week at the opening Dew Tour in Breckenridge.

The North Face, a charter partner of the U.S. Freeskiing program, will also outfit U.S. Freeskiing's halfpipe and slopestyle teams for their 2014 Olympic debut.