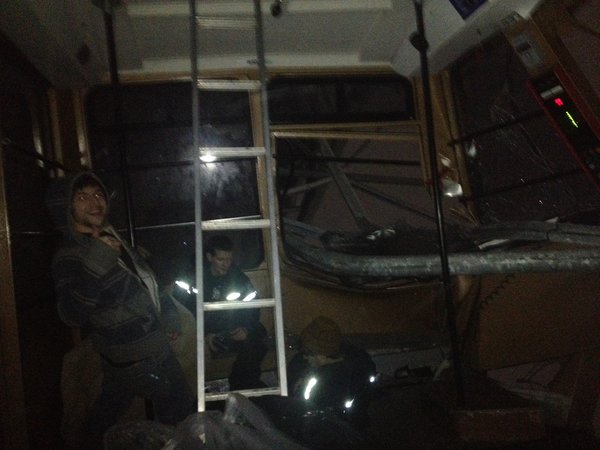 User-submitted photo of the Alyeska tram by Erin Hofstad.

According to the resort, 80 guests dining at Seven Glaciers Restaurant had to be transported via chairlift and by snowcat as mechanics and field crews inspected both the tram and tower.

Erin Hofstad, a passenger in the car, says three tram employees were inside when it struck the tower.

“We're more than lucky to be alive right now and we couldn't have done it without the tram employees and every single ski patroller,” Hofstad wrote in an email Tuesday.

The resort is in Girdwood, roughly 27 miles southeast of Anchorage.