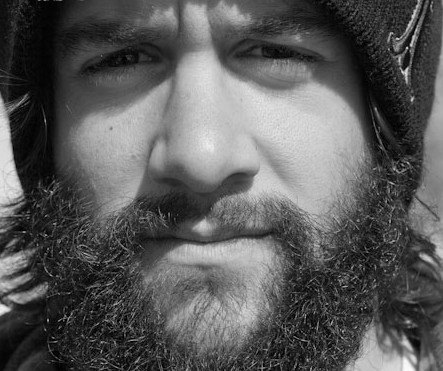 WHISTLER, BC – Canada’s “la belle province” of Quebec has been at the forefront of the snowboard scene for the better part of three decades turning out a consistent flow of amazing riders and some of the most entertaining urban snowboarding ever seen. The current crew of riders everyone is watching are the French-Canadian urban riders behind the Déjà Vu Movie project, a snowboard movie featuring eight of the most progressive street riders in the industry today; among them, 25 year-old Frank April.

An urban rider constantly pushing the limits of what can be done in the streets, Frank April is among the elite of snowboarding’s who’s who of urban snowboarding. With his recent selection to this year’s X-Games Real Snow video contest and winner of “Jib part of the year” at this year's Reels Festival in Annecy France, Frank has the reputation for creative and unprecedented urban skills on some of the most unusual features. NOW Bindings is very excited to welcome Frank to its’ growing team of the most innovative rider’s in the sport today.

“I am very stoked to have Frank join the team and push the street scene with our NOW bindings. He is an amazing snowboarder and an awesome person. Frank adds creativity and uniqueness to our pro team and we are very excited to have him rock our bindings. Welcome Frank and have an amazing winter., ” says JF Pelchat, founder of NOW.

The world’s first skate-influenced binding, NOW bindings are built for the street with the Skate-tech technology, NOW provides unmatched performance, comfort and response. It is no wonder that NOW is finding its way on the urban scene from coast-to-coast. With the no-back built into NOW’s revolutionary binding design, street rider’s can now get the skate feel and mobility of no-back’s without loosing binding functionality.

“Hands down the best binding i have ever ridden, so comfortable and precise,” Frank April said.

With the NOW IPO in stores, on the mountain, and in the street across Canada and the US, the revolution being forged by NOW Bindings has just begun. The future of street riding is NOW.

Make sure to check out Frank April and friends in the Déjà Vu teasers and vote for Frank in ESPN’s Real Snow video contest beginning January 6, 2013.

About NOW Bindings:
NOW is a revolutionary binding company focused on creating innovative, relevant technologies for today’s snowboarder’s. We are a rider-owned company dedicated to improving snowboarding through our products and beliefs. As the Overall Winner of the prestigious 2012 ISPO Award celebrating technology and innovation, NOW Bindings is a game changer in binding design and function. The Future is NOW.