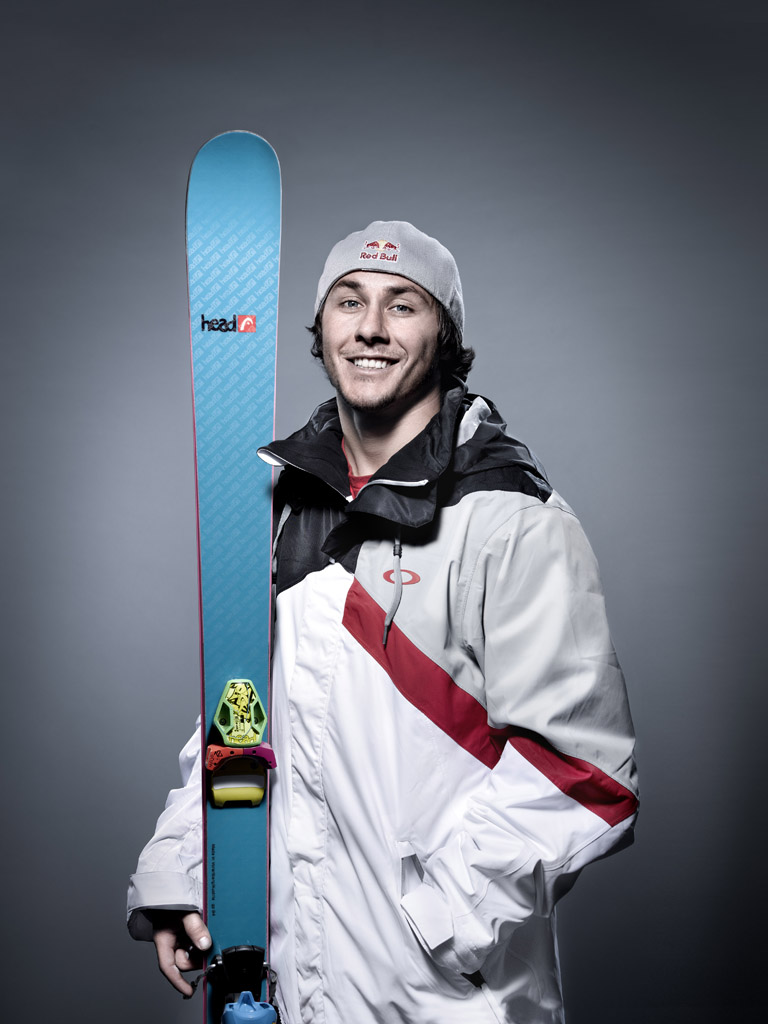 Norwalk, Connecticut — Inventive, fearless and unique, freeskier Simon Dumont sets records almost everywhere he goes. There is no other halfpipe skier in the world who pushes the sport forward as notably as Simon. And as of today, the 25-year-old superstar from Bethel, Maine, will combine his extraordinary talents with the unparalleled performance and innovation of HEAD Ski equipment. As the newest member of the HEAD team, Simon has entered into a three year agreement with HEAD and joins fellow superstars Lindsey Vonn, Bode Miller, Ted “Shred” Ligety, Aksel Lund Svindal, Didier Cuche, Maria Riesch, Anja Pärson and Lizz Görgl.

“We are absolutely delighted to welcome Simon to our Rebel team of ski athletes. Simon is widely regarded as one of the most creative and highly-respected freeskiers in the world, which fits perfectly with our leadership in performance and innovation,” said Johan Eliasch, CEO of the HEAD group.

“I am stoked to be on the HEAD team, and to ski with HEAD product,” said Simon Dumont. “After testing other brands, it was obvious that HEAD makes the best equipment, and every year it seems their athletes win more often than for any other brand in the world. I’m psyched to be part of this winning team.”

Born with amplitude, aptitude and attitude, the young daredevil made his debut at the Winter X Games at the age of 14, where he proved to veteran skiers that he was a force to be reckoned with.

During his first year, he won the Whistler Invitational Super Hit and placed 4th at the U.S. Open. Dumont dominated in the 2004 X Games, taking gold and instantaneously earned the title of the best pipe rider in the world, again repeating the win in 2005.

In 2007 Dumont reclaimed his title as king of the mountain when he took home 1st place wins in three of four competitions on the Honda Ski Tour, making him the overall winner.

2008 was another big year for Dumont, not only winning another silver medal in Superpipe at the Winter X Games, but also making world and ski history by setting the world record for height on a quarterpipe, soaring 35 feet and beating the previous record by an incredible two and a half feet.

Dumont broke yet another world record in May of 2011, changing the ski world forever by successfully skiing the first ever cubed halfpipe.

Dumont dominates as a new-school skier, accumulating more victories and awards than any other halfpipe skier in the world. His sky rocket to fame has landed him on the silver screen in top ski movies and action sports films including “Forward,” “Ready Fire Aim,” “High Five,” “Push,” “Seven Sunny Days, “Revolver” and “Grand Bizarre” among others.

Simon Dumont is undoubtedly both an impressive skier and individual. Dumont has eight X Games medals under his belt and now armed with HEAD Raptor Project boots and GP 84 skis, Dumont will continue to be a force to be reckoned with.