News: The North Face Masters Of Snowboarding At Snowbird Postponed 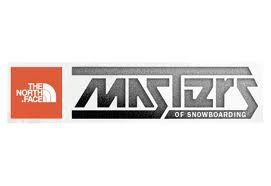 Salt Lake City, Utah - With winter taking slightly longer than expected to deliver its powder The North Face will postpone the first stop of its Masters of Snowboarding series, originally scheduled for Utah's Snowbird Ski and Summer Resort January 19-21, in order to provide more time for optimal competition riding conditions to develop.

The Masters of Snowboarding is the largest open, big mountain snowboarding competition in the country with three stops and an overall prize purse that tops $50,000. The tour will now kick off February 14-17 in Crystal Mountain, WA, followed by a stop on March 1-4, 2012 in Kirkwood, CA, and finish off with its championship event at Snowbird Ski and Summer Resort to April 12-15, 2012.

"It's important for us to maintain the integrity of this event, and to do that we have to wait for more snow," said Bryan Barlow, Director of Competition. "Snowbird is a great partner of ours and we're happy to get to work with them later in the season when conditions are more favorable."