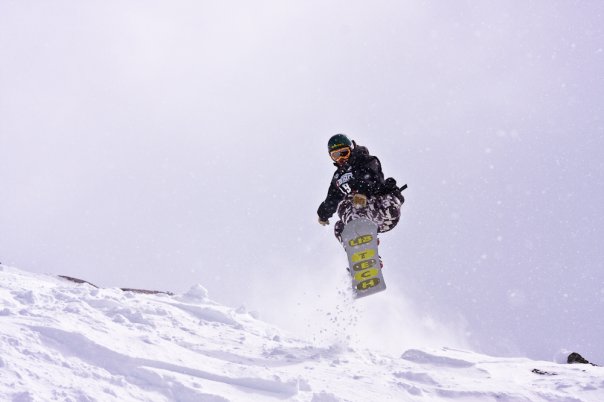 Salt Lake City, Utah - With March bringing huge snow totals to Kirkwood, the California resort is set to host stop two of The North Face Masters of Snowboarding, presented by PrimaLoft, March 29-April 1. Now in it's fifth season, the three-stop tour is the only open competition for big mountain snowboarders, with an overall prize purse of $50,000.

Originally planned for the first week of March, the event was pushed back a month to allow for more spring storms, a decision that paid off with over ten feet of snowfall in the past few weeks.

"We are excited to bring the tour here this year," remarked Kirkwood's Director of Marketing Kevin Cooper. "With a rough start and a mild mid-season it was hard to visualize the event actually taking place this year, but then there was March! We had nine feet in five days last week and we are track for 44 more inches here by end of day today, so the stoke level could not be higher!"

As an open event, The North Face Masters provides an opportunity for both established and up-and-coming riders to put together a winning run during two days of fierce competition. Saturday's finals are held on Kirkwood's famously steep venue, The Cirque, which will be broadcast live at thenorthfacemasters.com.

With the leading names in big mountain snowboarding competing this weekend, the quest for the title will be fierce. The women's field is stacked, with past champion Shannan Yates looking to repeat her win. Kyle Clancy and Jonathan Penfield are favorites from the deep and talented men's field.

"We are super excited to be back at Kirkwood for the second stop of the Masters, said Competition Director Patrick Brennan. "The recent snowfall, along with the forecasted snow in the next few days, have The Cirque in prime shape for some serious big mountain shredding."

The top male and female riders will receive one of the most coveted awards in big mountain snowboarding-the Katana Sword. Also, at each stop of the tour, The North Face honors a rider under the age of 21 with the Young Gun Award for innovative riding and promising talent.