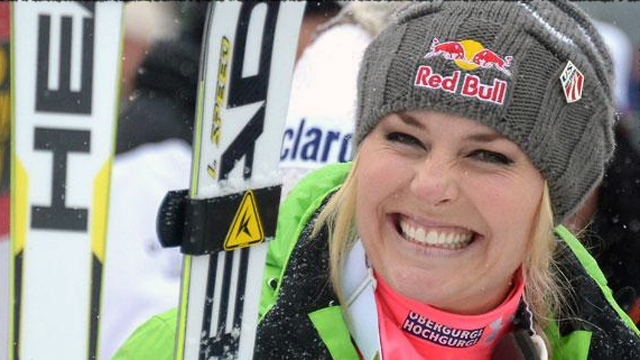 Lake Louise, Alberta - In a day full of superlatives, Lindsey Vonn took an Audi FIS Alpine World Cup record seventh-straight win in Lake Louise with U.S. Ski Team teammate Julia Mancuso second to complete a one-two U.S. women's sweep of the weekend. Vonn came down 21st in a snowy, foggy super G to knock Mancuso out of the lead. Leanne Smith was the early leader and finished eighth. Five U.S. women cracked the top 30. Vonn's 56th career win put her alone in second on the all time victory list behind Austrian Annemarie Moser-Proell's 62. She also became only the fourth woman to score 100 podiums.

“This weekend was a huge boost for my confidence," Lindsey Vonn said. "I was definitely feeling extremely low after being in the hospital and my poor result in Aspen. But I knew if there was a place to turn it around it was Lake Louise. So I just tried to get myself every opportunity to rest and recover for the races this weekend.”

The women now head to St. Moritz, Switzerland for a super G, super combined and giant slalom next weekend.